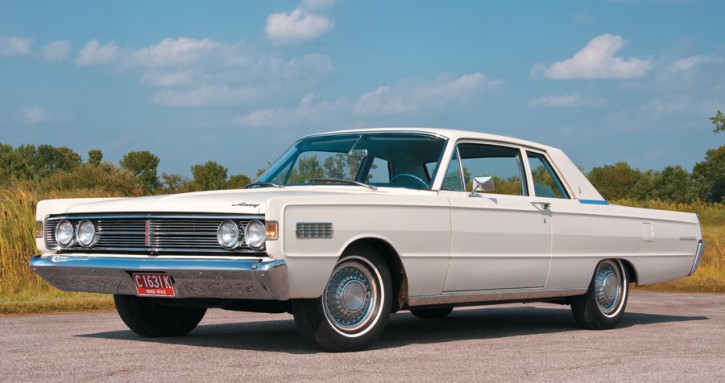 Note: This article is reprinted from the June 2015 issue of Collectible Automobile

When it comes to finding cars to photograph for Collectible Automobile®, the greater challenge doesn’t lie in locating rare, valuable cars—it’s in getting ordinary sedans. Top-of-the-line convertibles and performance cars are the favorites to be preserved and restored. Meanwhile, fine examples of the base sedans that were once on every street can be nearly impossible to find 30 years on. One happy exception is the car featured here. 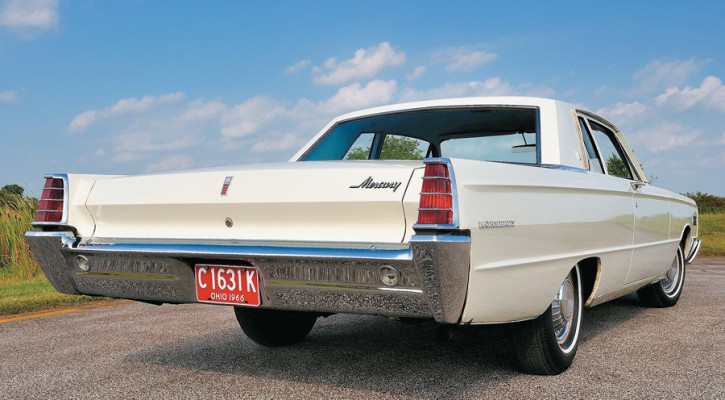 The full-size 1966 Mercury’s formal styling shared more with Lincoln than with Ford.

A Detroit police officer who liked full-sized cars with manual transmissions went to a Mercury dealer in 1966 and found this Monterey two-door sedan with a “three-on-the-tree” column shift. The Monterey was Mercury’s entry-level full-size car and the two-door sedan was the least expensive body style with a base price of $2783. Whitewall tires and two-speed windshield wipers were the only options on the featured car, and while it might have been pretty basic, it was the policeman’s pride and joy. He had it rustproofed and only drove it on weekends in perfect weather. The Mercury was last licensed in 1987. When the owner died, his car sat forgotten in the garage.

Eventually, the house and garage were slated for demolition. The Mercury might have been bulldozed with them if Rick Thunberg of Medina, Ohio, hadn’t arranged to buy it. Upon opening the garage door, he found the Monterey dusty, with flat tires, but in excellent original condition. There were only 15,600 miles on the odometer. 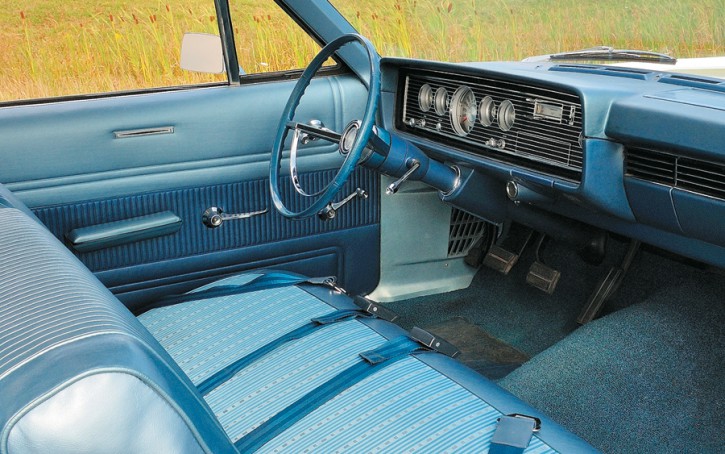 Simple and clean: the Monterey’s interior was fairly basic for a Mercury, but still a step above most of its Ford cousins.

He rebuilt the brakes and fuel system, and gave the car a tune-up. The paint, chrome, and interior only needed cleaning. Even the original tires still hold air, although Thunberg puts on a set of new radials when he wants to drive the Monterey.

It’s fortunate that a car so representative of what the average American drove in 1966 not only survived, but survived in like-new condition. The car is a virtual time capsule from 1966. Thunberg says his Mercury drives like a new car from the Sixties. It is tanklike, but also very smooth and quiet. The transmission shifts with authority. 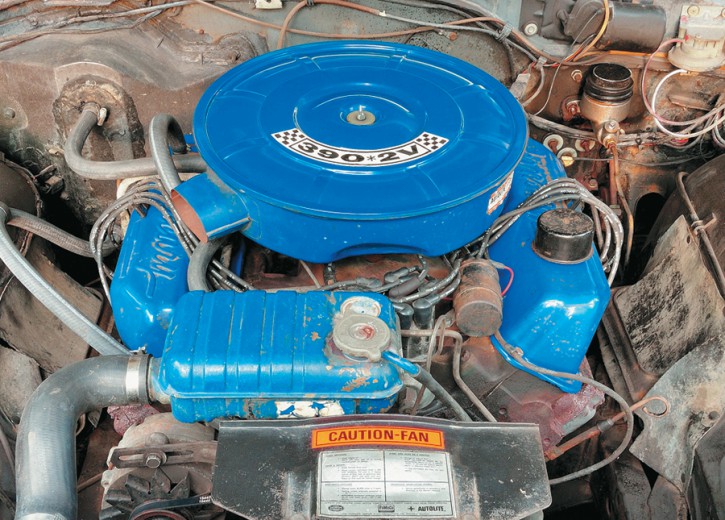 The base engine in full-size 1966 Mercuries was a 390-cubic-inch V8 with a two-barrel carburetor.

In 1966, Mercury was in the second year of a redesign. Starting with 1965, marque styling owed more to Lincoln than to Ford. In the competitive medium-price market, it made sense for Mercury build on the success of the prestigious Lincoln Continental. Most full-sized Mercs rode on a generous 123-inch wheelbase, the exceptions being station wagons on a 119-inch span shared with big Fords. The featured car has the base 390-cid V-8 with two-barrel carburetor that developed 265 bhp when paired with the rarely ordered three-speed stickshift—a combination exclusive to Mercury. When mated to a four-speed manual or the more popular Merc-O-Matic, the 390 was tuned to deliver 275 horsepower. V-8s of 410 cid (330 hp) and 428 cid (345 hp) were also available. 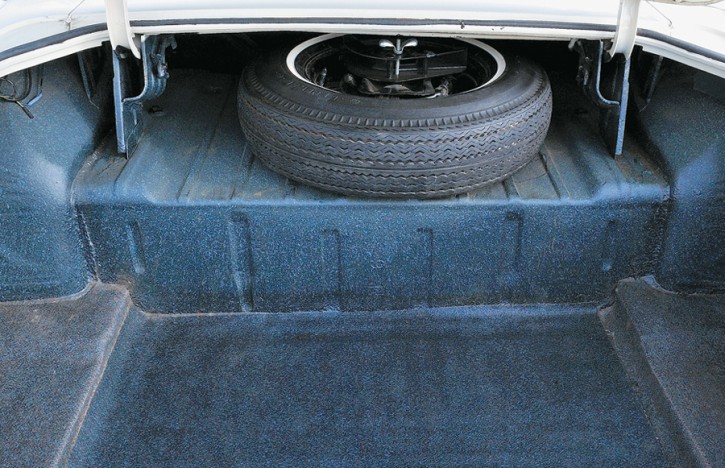 Full-size sedans of the Sixties boasted ample trunk space… even with a full-size spare tire.

Beyond the Monterey, a Mercury buyer could move up to the sporty S-55, midrange Montclair, or top-line Park Lane. The two-door sedan was unique to the Monterey series, and it was the lightest big car at 3835 pounds. Only 2487 two-door sedans were built in 1966, and Mercury dropped the body style from its full-size roster for ’67.