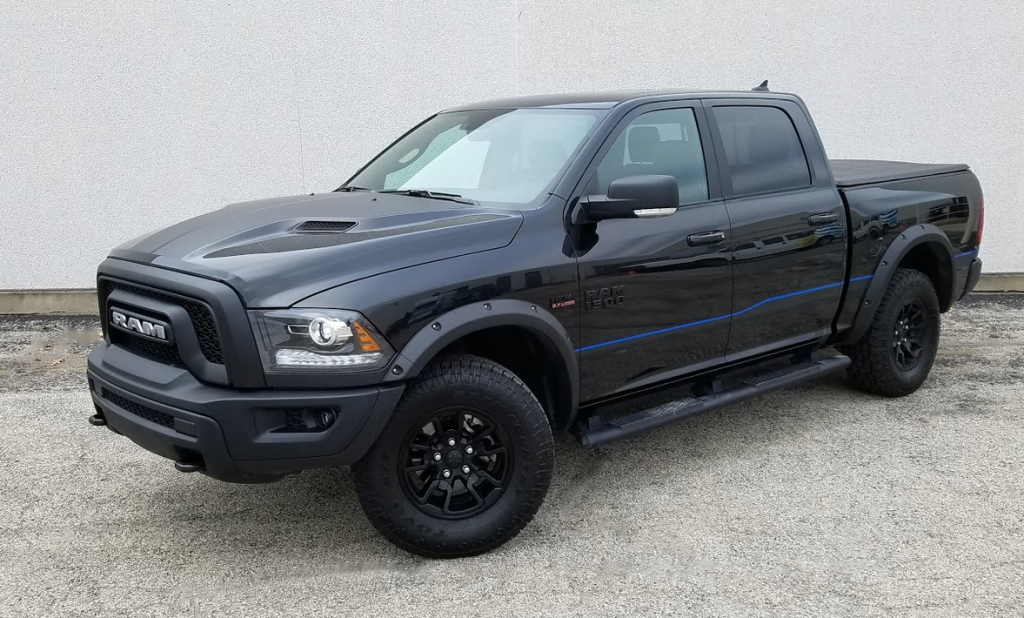 It’s not often that we get a true limited-edition vehicle through our test fleet here at Consumer Guide HQ, but we had one recently. Just after Christmas, we took delivery of a 2016 Ram Rebel 1500 4×4 Mopar ’16 Edition…one of only 500 built. We’ll have a test-drive report in the near future, but for now here is a gallery of some of the vehicle’s options and features. 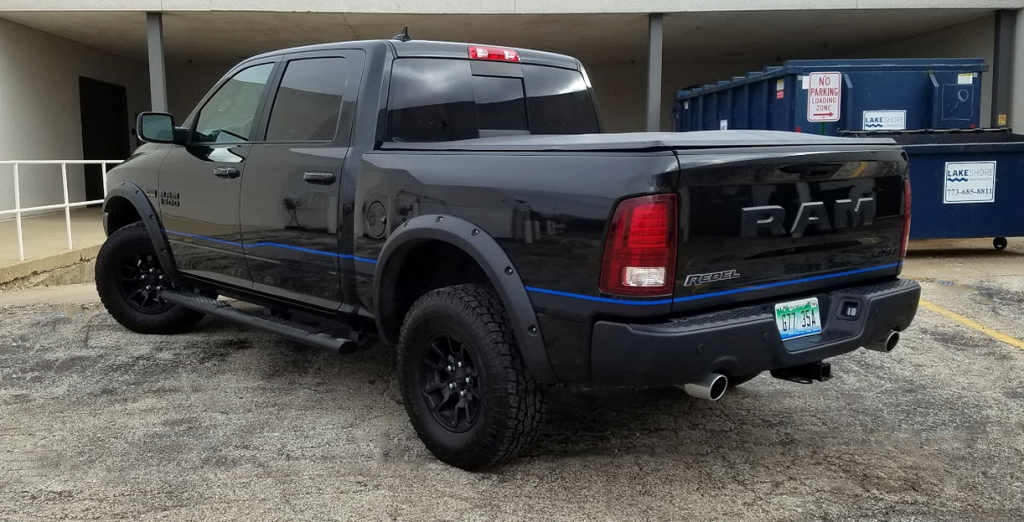 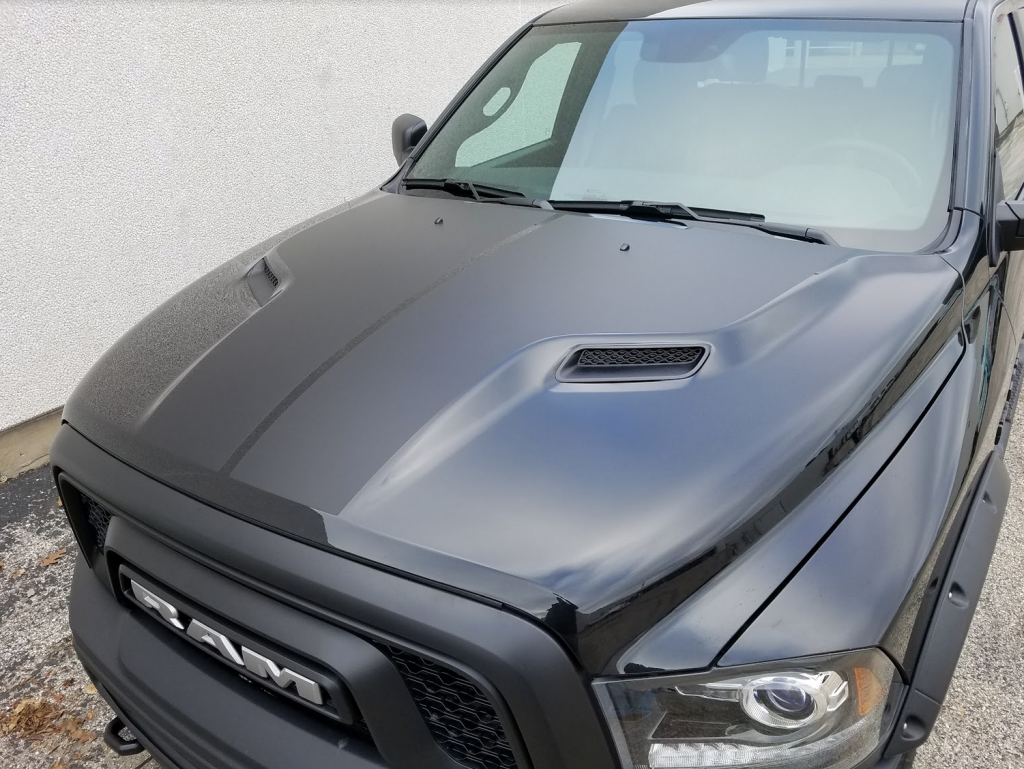 The Rebel’s aluminum hood features a dual-scoop design that is a tip of the hat to the original 1970-74 Dodge Challenger. The flat-black hood decal provides a bit of contrast and adds to the high-performance flair. 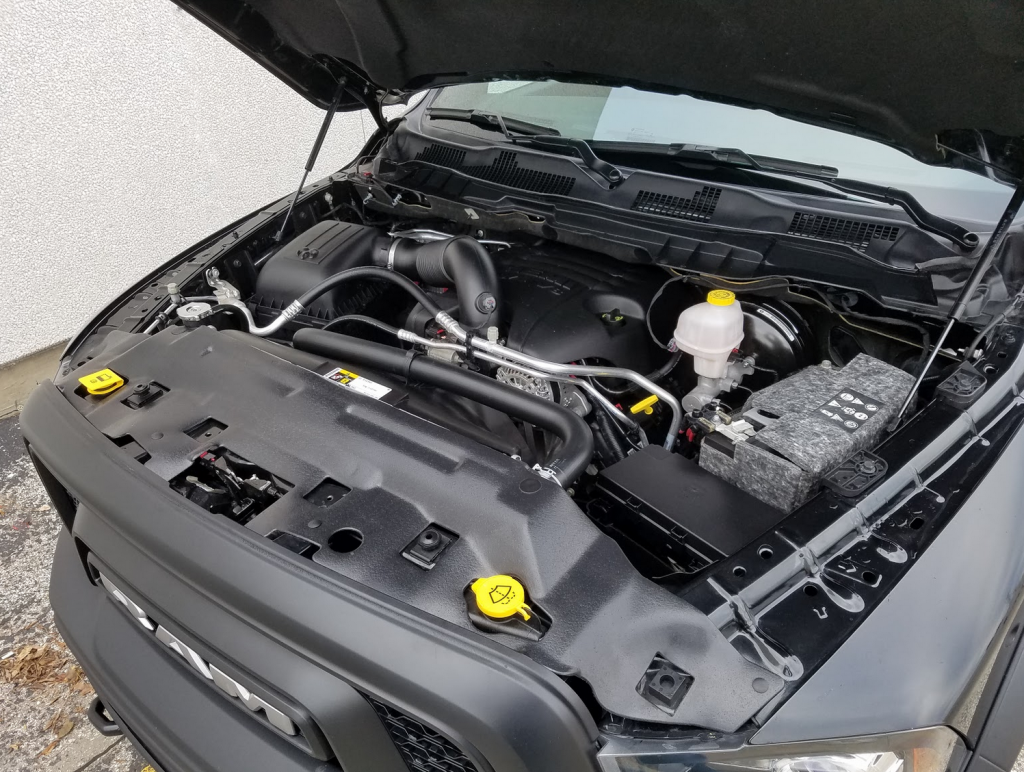 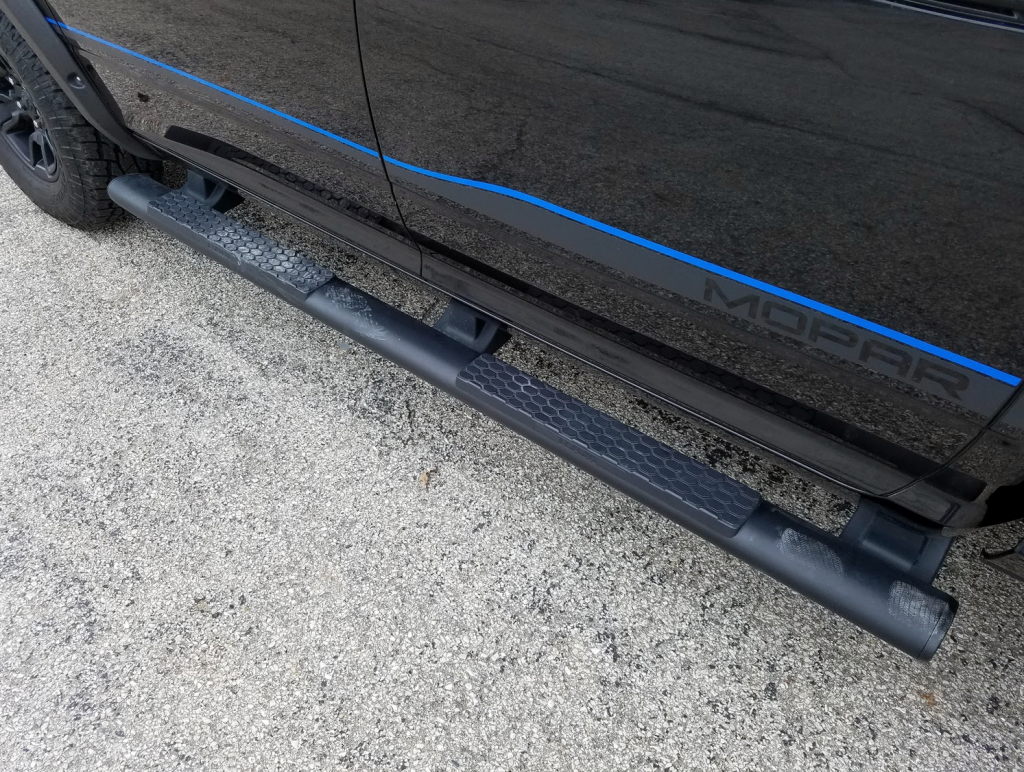 Black tubular side steps are a $425 option. The tape-stripe graphics are included in the $2800 Mopar ’16 package, but we were dismayed to notice the stripes were chipping in a couple spots. 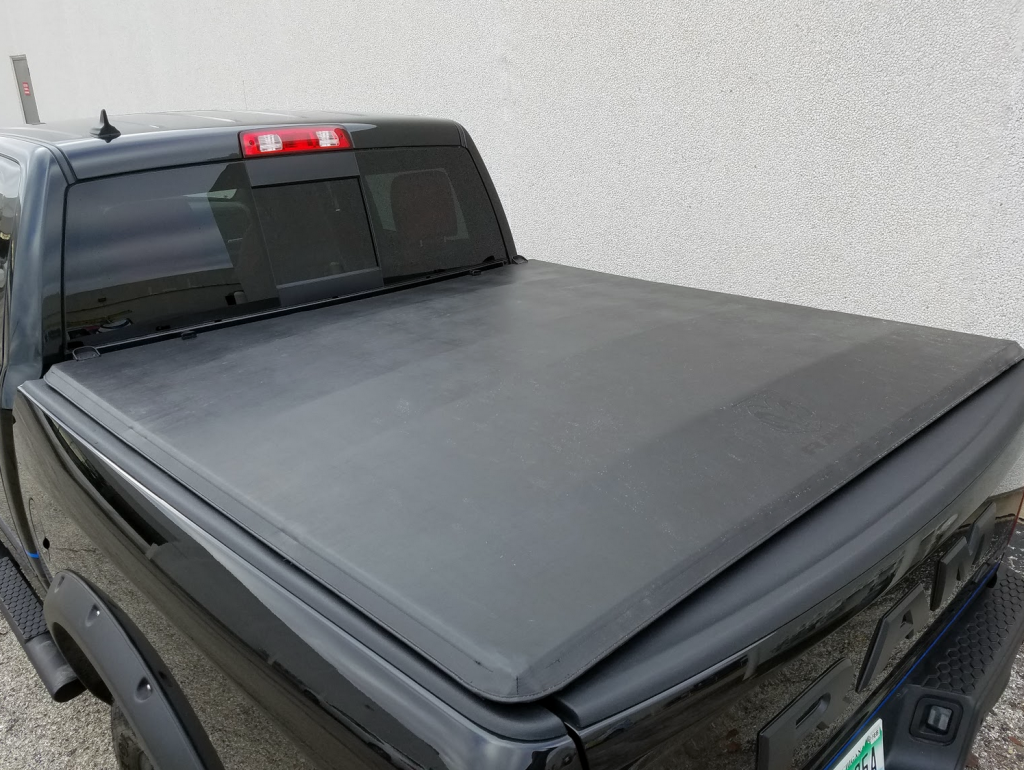 A tonneau cover with an embossed RAM logo is a $500 option. 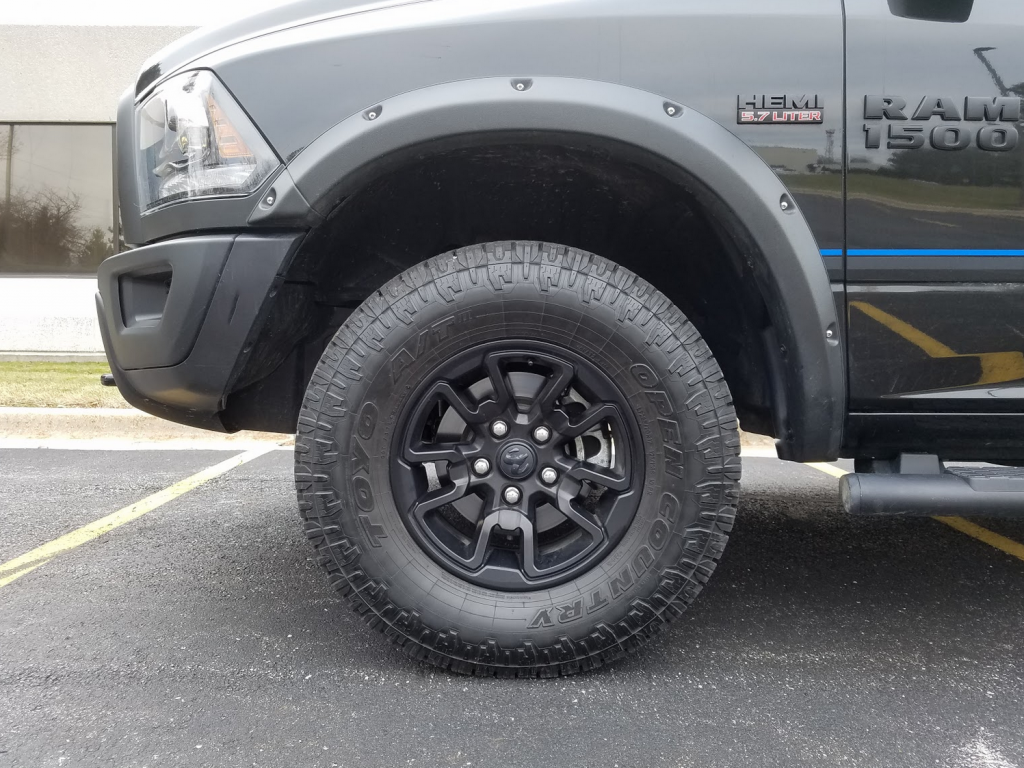 The Rebel’s cabin is saddled with a few cheap-looking plastic pieces, but the upscale upholstery stitching and fun “tough-truck” design details mostly make up for it. We were especially fond of the “tire-tread” seat inserts and “bolt-head” floor-mat texturing. 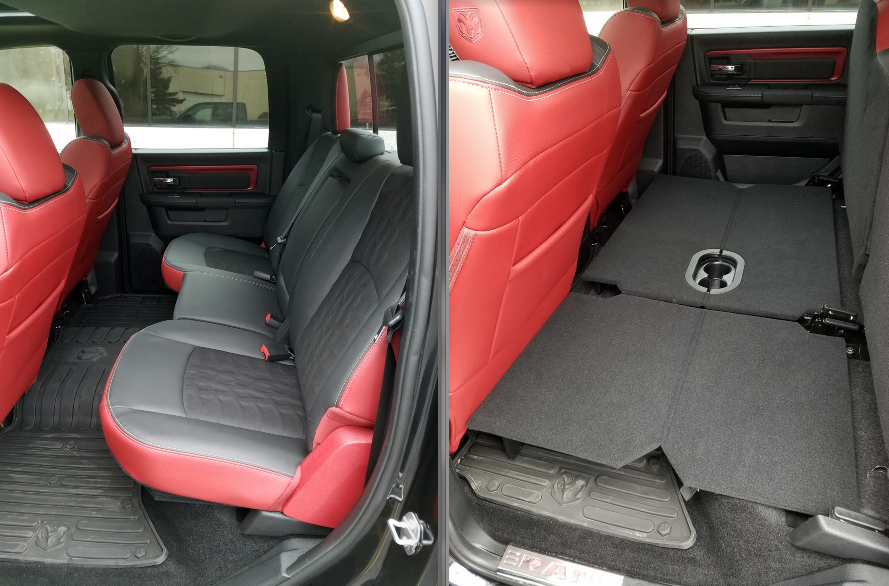 Rear-seat space is a Ram Crew Cab high point. The seat bottoms flip up and built-in panels fold out to create a handy, level load floor. 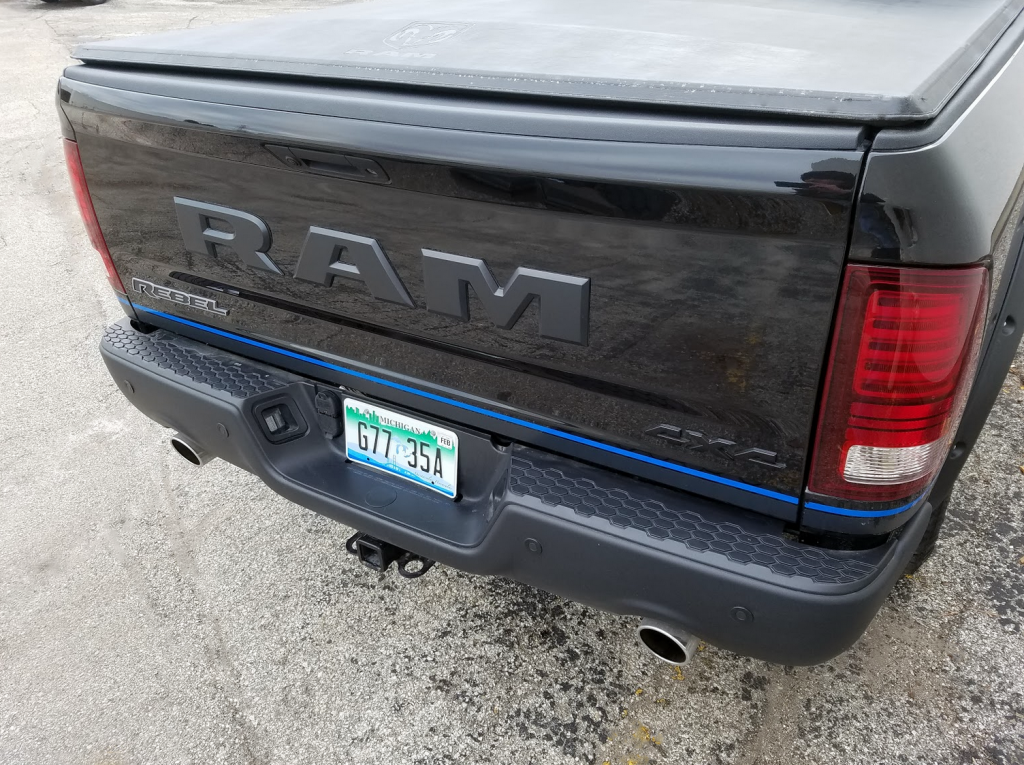 Are the tailgate letters big enough for ya?