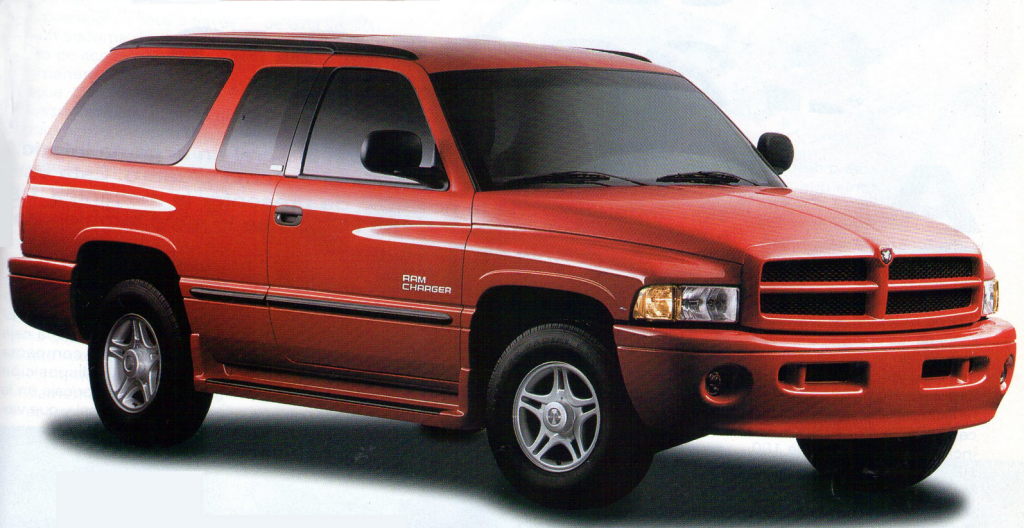 Americans are generally a lucky lot—at least as consumers. We usually get first crack at new blockbuster movies, there’s virtually nothing we can’t purchase and have shipped to us within 24 hours, and nearly every major automaker sells its wares in the U.S. Mexico-Only Ramcharger.

That said, we Americans don’t have access to everything—at least not everything automotive. Take, for example, the strange tale of the 1999-2001 Dodge Ramcharger.

A 2-door full-size SUV of classic American pedigree, the last vehicle to wear the Ramcharger moniker was designed for Mexico, built in Mexico, and retailed exclusively in Mexico.

Here’s the story: By the early Nineties, it had become clear to Detroit automakers that demand for large 2-door SUVs was fading. General Motors responded for 1995 with the 4-door Chevrolet Tahoe and GMC Yukon. Around the same time, Ford replaced its full-size Bronco with the 4-door Expedition.

Chrysler, on the other hand, didn’t see any profit potential in chasing Ford and GM into what seemed like a shrinking market. After the 1994 model year, Chrysler simply killed the Dodge Ramcharger—well, killed it in the U.S.

The Ramcharger had sold well in Mexico, and Chrysler management in that country fought to keep the Ramcharger assembly line running. The Mexican marketing guys got their way, buying the ‘Charger a two-year reprieve.

To reduce development costs, the 1999-2001 Ramcharger (left), borrowed its basic rear-hatch structure from the Dodge Caravan.

During that time, the Chrysler’s Mexico group struggled to find a product with which to plug the hole Ramcharger would leave once its extended stay was up.

With little money—reportedly just $3 million—and not a lot of time, engineers went to work using as much as they could from the Chrysler corporate parts bin. The result was a surprisingly handsome 2-door SUV that would never be sold anywhere but Mexico.

The “new” Ramcharger debuted for 1999 riding on a chassis borrowed from the 1993-2001 Ram half-ton pickup. It was sold only in 2-door form and, interestingly, was not offered with 4WD.

With its 114-inch wheelbase and an overall length of 198 inches, the Mexico-only Ramcharger was very close in size to the contemporaneous Dodge Durango SUV.

A 5.2-liter V8 was the standard Ramcharger engine; Chrysler’s familiar 5.9-liter V8 was optional. Also standard was a 4-speed manual transmission, though we expect most Ramchargers were equipped with the available 4-speed automatic.

As a Mexico-only vehicle, the Ramcharger was not subject to U.S. Federal regulations regarding, well, everything. The Ramcharger was never crash tested, and likely didn’t meet rollover or bumper standards. Bringing the Ramcharger up to U.S. standards would likely have consumed most of the truck’s tiny development budget.

Not long after Americans lost interest in big 2-door SUVs, Mexican shoppers started to beg off the large, thirsty trucks as well. Sales of the 3rd-generation Ramcharger ended after 2001. All told, about 30,000 were built.

A surprisingly number of these automotive oddities have made their way across the border and into the U.S. since 2001, and they pop up on Craigslist with some regularity. For someone looking for the ultimate automotive footnote as a daily driver, the last of the Ramchargers might merit consideration.