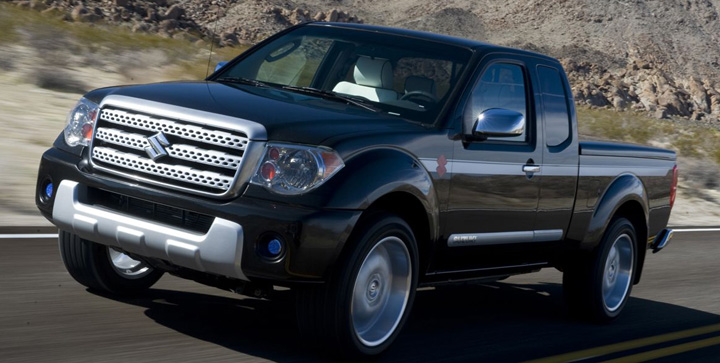 We Americans like our pickups. In fact, we like them so much that we purchased about two million midsize and large examples last year. But, it seems, we’re pretty picky about who we buy our pickups from. We’re open to buying our big trucks from Chevrolet, Ford, and Ram, and we’re pretty happy with the midsize trucks from Nissan (Frontier) and Toyota (Tacoma), but after that, things get murkier. Toyota and Nissan, for example, sell large pickups, but neither maker has met with anything like the sales success of Chevy or Ford.

Still, despite resolute shopper loyalty, a number of brands have tried to break into the pickup market with their own entries, mostly with disappointing results. Here’s a look at five of those trucks, all of which Consumer Guide regarded as decent vehicles but which failed to find meaningful showroom success.

2007-2013 Cadillac Escalade EXT
Essentially a bejeweled Chevrolet Avalanche, the Escalade EXT seems to be a product without a market. Indeed, at $75,000 nicely equipped, the EXT is priced almost $30,000 higher than the average transaction price of a new large pickup. Still, a case for the ’Slade pick’em-up probably wasn’t too hard for Caddy product planners to make. High-income shoppers do occasionally tow things (horses, boats), and the cargo bed makes a fine place to stow related gear. Additionally, as Cadillac was already building the mechanically related Escalade SUV, a pickup variant likely wasn’t too difficult to add to the lineup. But, with fewer than 2,000 sold last year, Cadillac has opted to drop the EXT from the lineup when the redesigned 2014 Escalade goes on sale later this year.

2006-Present Honda Ridgeline
Despite its awkward profile and somewhat confused mission, I would absolutely own a Ridgeline. This (sort of) Honda Pilot-based pickup sports a hybrid unit-body/body-on-frame chassis that is stout enough for some serious towing. Additionally, Ridgeline’s AWD system includes some pretty cool torque-transfer features that normally would be found on pricey sports sedans and the like. Still, despite its roomy cabin, good power, refined ride, and cool bed-floor locker, buyers for Ridgeline never showed up. Honda peddled just over 14,000 Ridgelines last year—this while moving 331,000 Accords.

2006-2008 Lincoln Mark LT
A sub-segment of the pickup market is the “luxury” truck. Buyer interest in these well-finished trucks is demonstrated by Ford’s seeming inability to add enough luxury trim levels to the F-150 line. Ford now has Lariat, King Ranch, and Platinum models perched above the one-time top dog XLT in the F-150 model pecking order. So, what could be more natural than for Ford’s Lincoln luxury arm to peddle its own take on the popular pickup? A number theories have been floated to explain the Mark LT’s failure, the most common of which suggests that despite the truck’s exterior bling, the cabin just wasn’t that swanky. Whatever the reason, just 36,000 of these Lincoln pickups found shoppers during its three-year tenure. During that same time, Ford sold about 2 million F-150s. 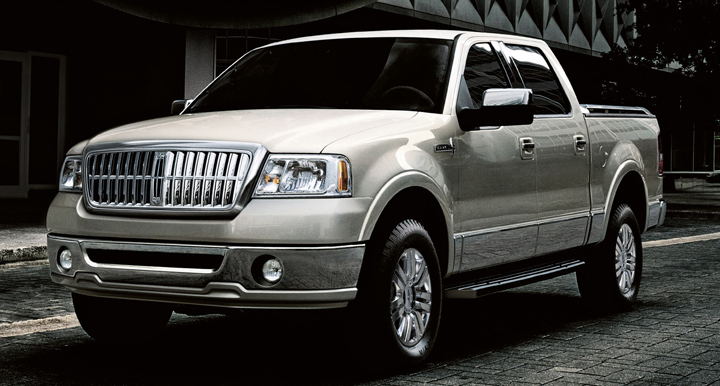 2006-2009 Mitsubishi Raider
Let’s just call a spade a spade here: Dodge Dakota sales weren’t keeping the factory busy, and Mitsubishi was looking to fill some showroom space as quickly and cheaply as possible. The result was a vehicle that was unconvincingly a Mitsubishi and was utterly ignored by the buying public. Complicating matters was the on-again/off-again availability of the optional V8 as well as bizarre trim-level names such as Double Cab and Durocross. Raider’s four-year run included just fewer than 22,000 sales, roughly the number of F-150s Ford moves in two weeks.

2009-2012 Suzuki Equator
Compared to the Equator, the Mitsubishi Raider was a smashing success. Still, even in retrospect, Suzuki’s reason for introducing the Equator sounds plausible. The company suggested that, since it sold things that people towed (motorcycles, ATVs, etc.), it would sell something that people could tow that stuff with. Unwilling or unable to develop its own truck, Suzuki tapped Nissan for a retrimmed version of that company’s well-liked Frontier pickup. The end product was a very nice little truck that almost no one wanted to buy. Suzuki sold about 5,000 Equators over the truck’s four-year lifespan—or just enough to help the truck from becoming a trivia-question answer 10 years hence.