When Saad Chehab, president and CEO of the Chrysler Brand, spoke at a press event recently, he described the Chrysler 300 as “kind of like a chameleon.” The automaker has taken what once was considered an “old man’s car” and tried to transform it into a ride for a wide spectrum of individuals.

For model-year 2011, Chrysler installed the Beats By Dr. Dre sound system into the 300S, hoping to appeal to the hip-hop crowd. For 2012 came the 300 SRT8, whose 470-horsepower 6.4-liter V8 held loads of appeal for car enthusiasts. For 2013, Chrysler has tried to expand the 300’s reach even further with three new editions: the Glacier Edition (all-wheel drive; unique interior), the Motown Edition (lots of brightwork; black and white interior, like a piano), and the 300C John Varvatos Limited Edition. With these three editions, the “chameleon” 300 targets, respectively, snowbelt drivers, old-school music lovers, and the fashionably conscious.

A native of Detroit, Varvatos has become a popular New York-based menswear designer. Chrysler’s much-aired television ad asserts that Varvatos’ design captures the Detroit-tough spirit of his hometown. However, I think the Varvatos ad overreaches. I’m from Detroit, and my first impressions when I saw the ad were: 1) Who’s John Varvatos? 2) No one knows or cares that he’s from Detroit. And 3) Who’s that aging, longhaired guy coming out of Varvatos’ car? It’s actually Iggy Pop (the “godfather of punk” who’s known for performing shirtless)—another guy I didn’t know was from Detroit.

I recently snapped some pictures of the Limited Edition’s unique trim. I liked all of the stylish touches, but I’m not sure they’re worth the huge price premium. Fashionistas may think differently. 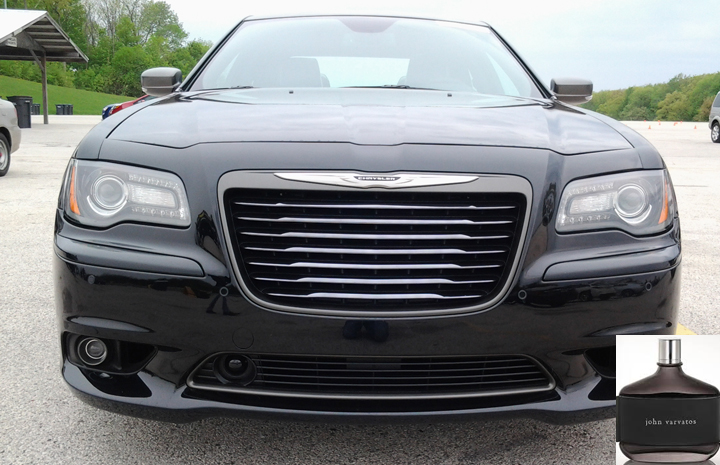 Chrysler says that the “titanium”-finished grille surround and black chrome grille blades are styled after the John Varvatos cologne bottle—and that they mimic the “foundries that made Detroit flourish.” 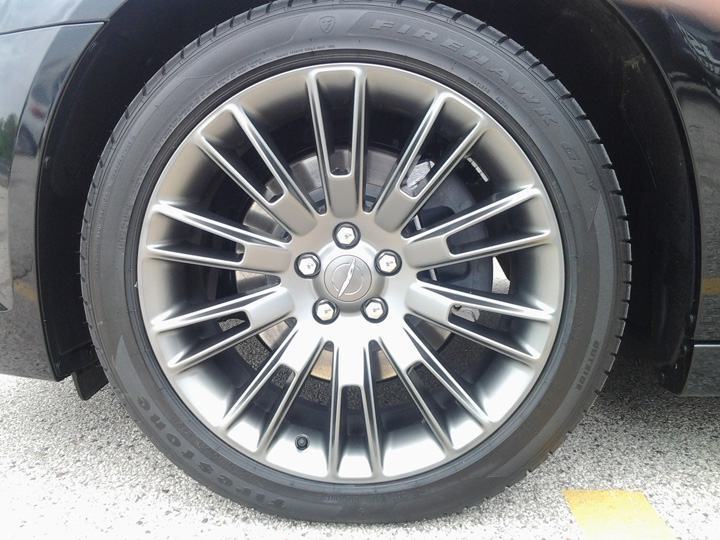 The new 20-inch cast-aluminum wheels are meant to match the cologne bottle’s finish. 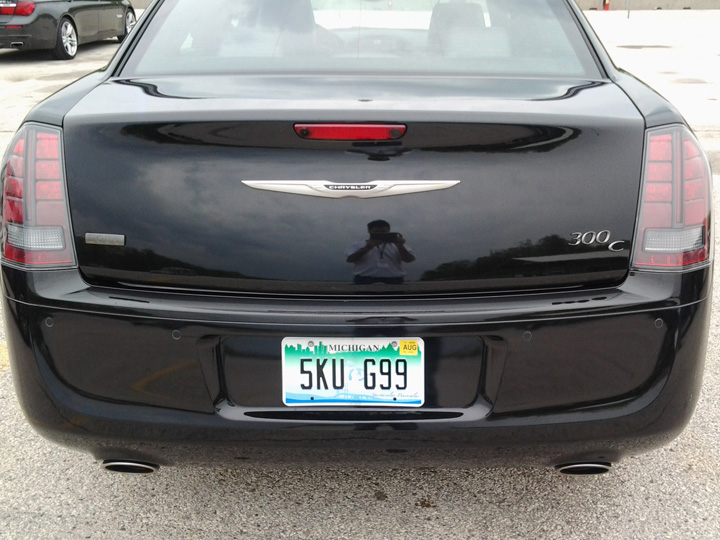 LED taillamps with blackened detail are meant to give off a masculine vibe. Dual-exhaust tips in “titanium,” and deck-lid badges finished in “titanium chrome,” are other special touches. 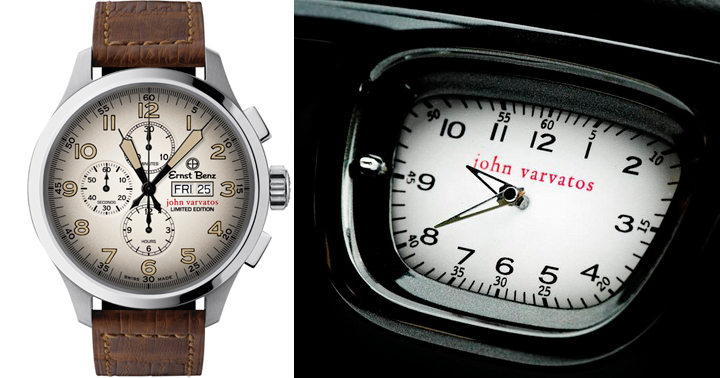 The car’s clock (on the center console) and gauge cluster are translated from the designer’s latest watch design. Here are the watch and the clock. 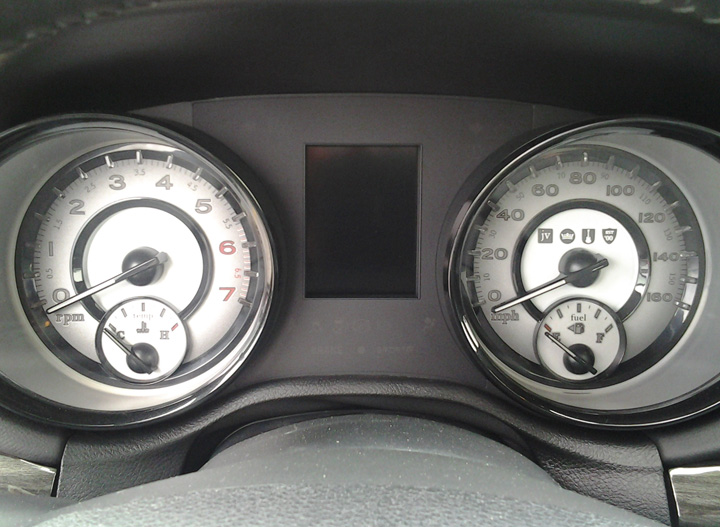 And here are the gauges. 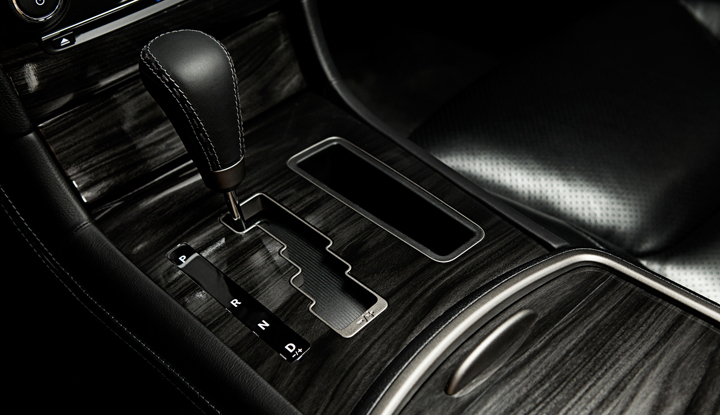 What Chrysler calls Charcoal Hydrographic Wood is another unique, dark accent in the Varvatos Limited Edition.

The John Varvatos logos are debossed on the leather seats.

The seats are upholstered in a distinctive color of leather that Chrysler calls Pewter Metallic. The overall look, says Chrysler, “is straight out of his fitted-jacket collection.” I threw in a picture of a Varvatos leather jacket. Crumpled on the passenger seat is my Lands’ End jacket in Basic Blue, which I bought on sale with a $25 gift card that I got for my birthday. I don’t think I’m the shopper that Chrysler, or John Varvatos, had in mind.