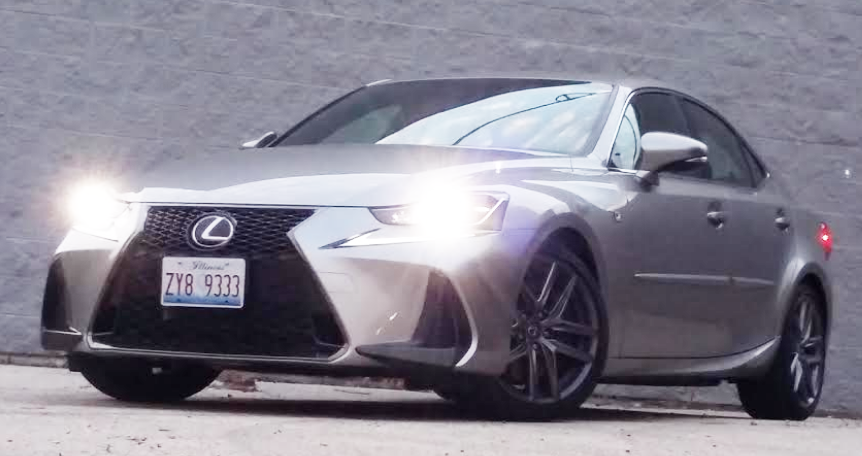 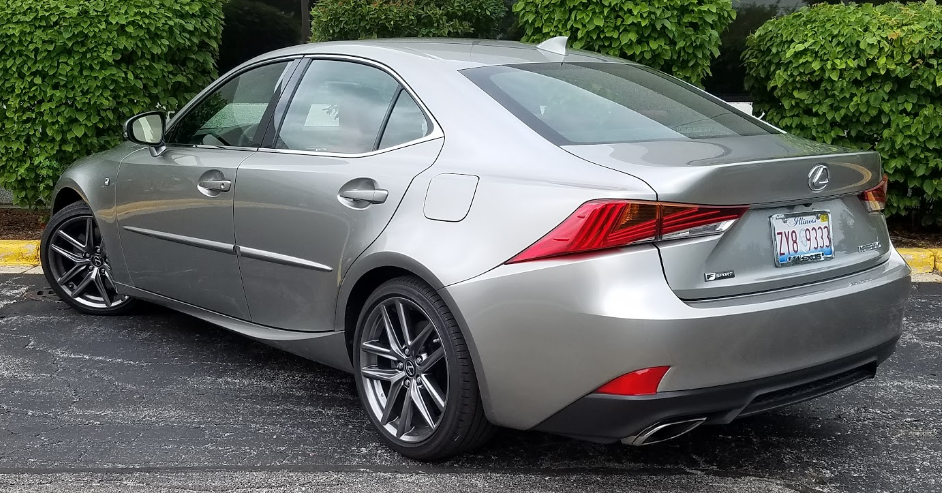 Lexus offers three versions of its IS sedan that pretty much cover the spectrum of premium-compact cars. Last year we tested the base IS 200t, which comes only in rear-wheel-drive form with a turbocharged 2.0-liter four making 241 horsepower. This year we sampled the opposite end of the rear-drive spectrum: an IS 350 with a 306-horsepower 3.5-liter V6 (it’s also offered in an all-wheel-drive version) and the optional F Sport Package. Coming only with all-wheel drive is the mid-line IS 300, which has a “milder” 255-horsepower version of the 3.5 V6 — along with a lower price tag. Note that rear-drive models have an 8-speed automatic transmission, while AWD versions get a 6-speed.

Not surprisingly, most impressions of the IS 350 F Sport mirror those of the IS 200t, with one exception. Although the IS 200t is no wimp — Lexus says it does the 0-60-mph sprint in 6.9 seconds — the IS 350 is not only quicker still (a claimed 5.6 seconds 0-60), but more responsive as well. Stab the throttle from a stop, and it leaps off the line; hit it while underway, and the 8-speed automatic downshifts to take advantage of the V6’s strong passing power. While many small turbocharged engines no longer suffer as much “turbo lag” (a delay in power delivery after hitting the throttle) as those of yore, they still can’t match the response of a good ol’ V6 of nearly twice the displacement.

Interior comfort is an IS 350 strength — at least with the red leather sport seats included in the F Sport Package — but interior space is not. If tall front-seaters move their perches all the way back, legroom gets really tight behind them.

However, you pay for that both in the showroom and at the pump. With similar levels of equipment, the IS 350 costs about $3500 more than the IS 200t, and it also takes a 3-4 mpg hit in its EPA ratings. And in our tests, neither model managed to match even its EPA city rating, but the IS 200t bested the IS 350 by nearly 2 mpg (19.5 vs. 17.6) despite more city driving (80 precent vs. 60 percent). Adding insult to the fuel-economy injury are that both models (in fact, all IS models) require premium-grade gas.

But get past the cost per mile, and the IS 350 rewards with a great driving experience. The F Sport Package adds a sport suspension and summer performance tires (take note of that if you live in the snow belt), yet ride quality is quite good considering the sporty handling and fine steering feel on tap. 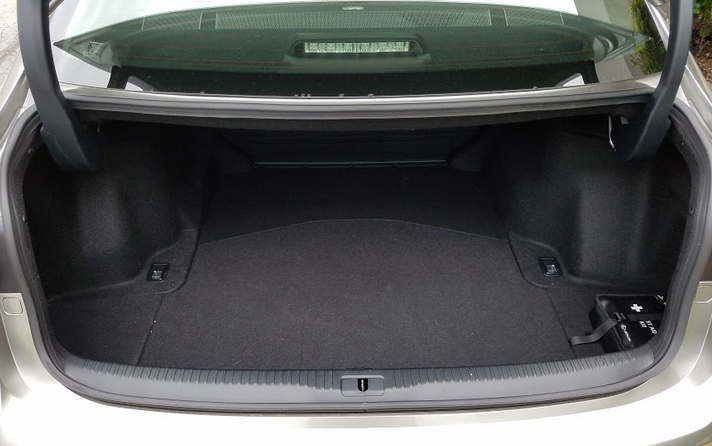 There’s a decent amount of trunk space, but sickle-shaped hinges dip into the load area when the lid is closed, and the folded rear seat backs don’t lie level with the cargo floor.

Our test car came with red leather sport seats (part of the $3155 F Sport package) that not only looked good but also felt good. Visibility garnered no complaints, and interior materials fit the price. But front headroom and legroom are cramped for large adults, and rear-seat space gets tight even for normal-size folks if the seat ahead is pushed very far back. There’s also very minimal interior storage space, and the console “mouse” controller that handles most infotainment functions is hardly a staff favorite. Meanwhile, the trunk is wide at the rear but narrows considerably between the wheelwells, sickle-shaped trunklid hinges dip into the load area, and when folded, the rear seat backs rest well above the level of the trunk floor, making it awkward to slide long items forward.

What the IS hangs its hat on is an attractive price/performance ratio — and that aggressive-looking (some have used another adjective) “spindle” grille. While all models fit that description, the IS 300 (starting at $40,200) and IS 350 AWD ($43,535) make for particularly attractive values among all-wheel-drive, premium-compact cars.

Although some might think of Lexus as more of a “luxury” brand than a “sporty” one, the IS — at least in V6-powered 350 form — leans decidedly toward the latter, while undercutting many rivals on price.