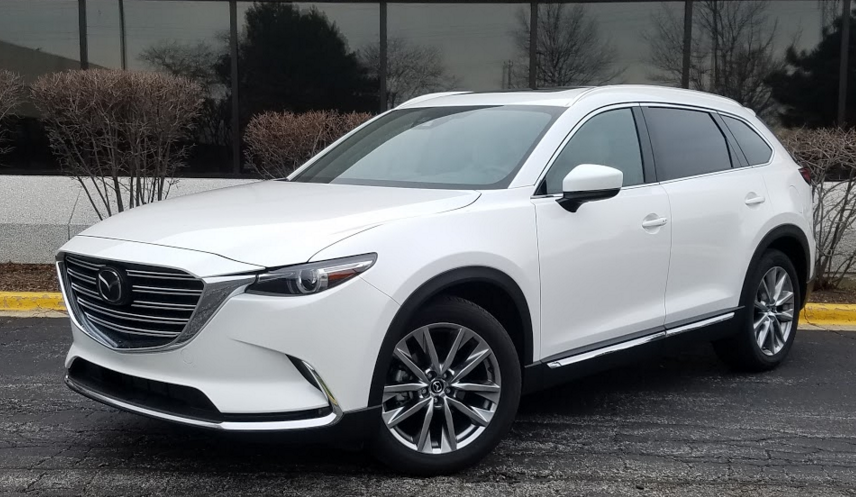 The not so good: Infotainment controls, not as spacious as some rivals 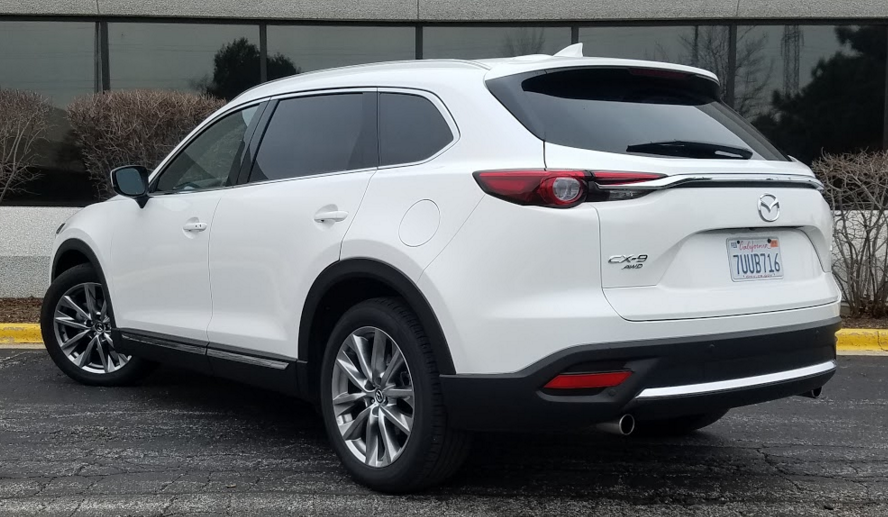 Even though its 2.5-liter turbocharged 4-cylinder engine is small for the midsize-crossover class, it delivers decent power while beating V6 competitors in fuel economy.

We drove the top-line Signature version of Mazda’s CX-9 last year and found it to be a sporty and nicely appointed midsize SUV … that bottom-lined at a rather sobering $45,215. This year we sampled the penultimate trim level, the Grand Touring, which gave up little of substance to its pricier brother for its slightly more palatable $43,610 sticker.

Yet some might argue that the Signature’s extra cost (which amounts to $2045 for 2017) is money well spent, if for no other reason than it adds some additional “bling” in the form of Nappa-leather upholstery, rosewood interior trim, and front LED accent lighting. However, a couple of CG test drivers noted that missing from the CX-9’s otherwise-extensive list of available features are height and lumbar adjustment for the front passenger seat (both being standard for the driver seat on all but the base Sport), ventilated front seats, and heated rear seats, all becoming increasingly common.

Mazda’s Commander Control infotainment system — with its large console control knob and sometimes-confusing logistics — drew some criticism from our testers, but nobody complained about the rest of the CX-9’s nicely trimmed interior. However, really tall folks might find it lacking a bit in head and leg room, and though average-size adults could fit in the third row, they probably wouldn’t be happy back there for long, so it’s mostly just for kids.

A couple of our drivers also commented on the CX-9’s infotainment system, most specifically, its logistics. With its 2016 redesign, the CX-9 adopted Mazda’s “corporate” Commander Control, which adjusts audio and navigation settings via a large console control knob with actions being displayed on the dashboard screen. Oddly, the dash screen is only touch-sensitive when the vehicle isn’t moving, so when driving, all adjustments need to be made through the console knob. While we find that more tedious and distracting than using a touchscreen for adjustments, some of the logistics of the system also drew criticism, particularly with the navigation system. Although there were other elements that folks noted, one editor made the following notations:

“Tinkering with the nav system, I went to a menu of programmed settings, including lists of the nearest police and fire stations, etc. Under “Medical,” there was a thorough list of addresses for nearby pharmacies, doctor’s offices, dentists, and veterinarians—but no hospitals. At the moment that I was searching this list I was parked two blocks from a big hospital, but if I were not from the area, I wouldn’t have known it was there.”

Suffice it to say that buyers should take time to familiarize themselves with the layout before starting out.

Cargo room behind the third-row seat is limited, but both the third- and second-row seat backs fold flat and level with the cargo floor to create a very usable load space.

Although the CX-9 offers 7-passenger seating, it’s not quite as roomy inside as some rival 3-row crossovers, though that will mostly be of concern only to really tall folks; for the rest of us, it’s just fine. One 5’9 tester found he could fit into the third row, though his knees-up posture made it suitable only for short trips. In terms of cargo space and interior storage, the CX-9 falls a bit short of the best in this class, but is certainly adequate in both regards.

Otherwise, the CX-9 truly impresses. Dynamically, it feels sportier than most other midsize crossovers, and even the relatively small 2.5-liter turbocharged engine (the only one offered) provides adequate power and good response. While V6-powered competitors — such as the Honda Pilot, Nissan Pathfinder, and Toyota Highlander — might feel stronger, in our tests, they haven’t come close to matching the 22.8- to 23.1-mpg we’ve averaged with the two CX-9s driven. There’s little wind or road noise on the highway, and besides the limitations mentioned above, the interior is nicely trimmed and very hospitable.

CX-9 strikes us as an unusually sporting midsize crossover with an equally unusual level of luxury (at least on the higher-line models we’ve driven), making it a great choice in the segment — even if you don’t need its third-row seating.

Mazda’s CX-9 is somewhat of a peripheral player in the midsize-crossover segment, but its combination of sporty moves, luxury appointments, and impressive fuel economy make it stand out against more-established competitors.