Renault May Add Brands in Hopes of Adding Sales 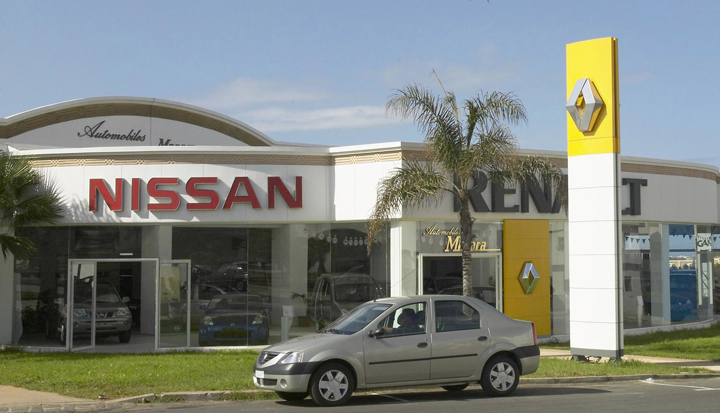 A Renault-Nissan Dealer in Morocco

Regardless of whatever else may be troubling your mind as an American, at least you won’t have to bother with this vexing question:

Should I buy the luxury Renault?

The French automaker is mulling the creation of another brand or two—a luxury model and perhaps a high-performance car—that it imagines might help it win sales in markets outside of Europe. However, the list doesn’t appear to include the good, ol’ États-Unis d’Amérique. Nor should it. Don’t forget that Renault controls Nissan, which created the Infiniti brand for the purpose of seducing greenbacks out of deep Yankee pockets, so R-N already has that action covered.

Still, the motivations behind Renault’s thinking—as enunciated by company COO Carlos Tavares in a recent interview with Bloomberg.com—provide an intriguing look at the global car market. In a continent beset by consumers made skittish by a string of debt crises in several countries, auto sales in Europe are declining for the fifth straight year. Renault has been feeling the pain acutely. In the first five months of this year, its European deliveries were down by 19 percent, more than twice the rate of decline for the industry in general in the region.

Meanwhile, emerging markets—particularly China—have growth potential for sales of expensive luxury vehicles. That’s a field that’s been beyond Renault’s scope, but its possibilities seem to have stirred Tavares and company to consider going in that direction.

Under deliberation is a two-pronged approach. One prong would be a plush sedan, possibly branded “Initiale Paris,” based on the current Mercedes-Benz E-Class platform. (Renault and M-B are engaged in a strategic partnership involving several small cars, including a new generation of the Smart.) The other prong would be a revival of the Alpine sports car. Originally a separate make distributed by Renault dealers, Alpine was bought out by Renault in the early Seventies and was kept active until 1995. Last month, Renault released details of an Alpine A110-50 concept car intended to invoke memories of the A110 Berlinette that bowed 50 years ago. The two-seat A110-50, powered by a midships-located 400-horsepower 3.5-liter V6, will get its first public showing at the 2012 Goodwood Festival of Speed, which runs from June 28 to July 1 in Chichester, England.

Various news reports say Renault is expected to decide sometime this year if it will produce the upmarket cars.