The Car That Starred in My Mother the Car 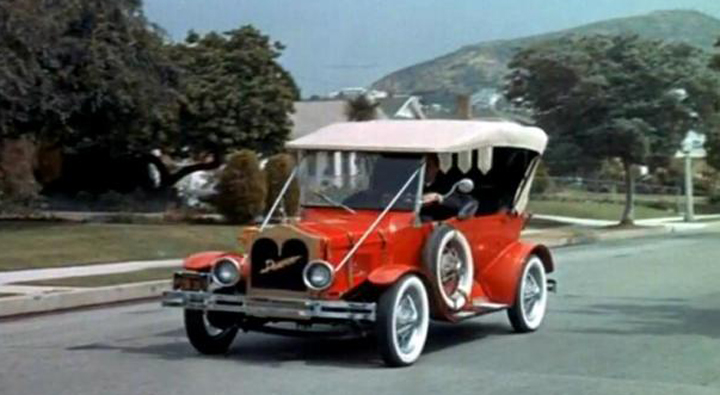 Called a 1928 Porter on the show, the vehicle was actually cobbled together from several cars. The body was that of a 1924 Ford Model T.

A regular on “Worst TV Show” lists, My Mother the Car was the story of Dave Crabtree (Jerry Van Dyke), who, while car shopping, discovers his mother reincarnated as a vintage car. The mother (the voice of Ann Sothern) communicates through the car’s radio speaker and, in the tradition of Mr. Ed, talks only to Dave.

I have to confess that in 1965–66 this was my favorite show. My excuse is that I was nine and liked old cars. When I saw an episode as an adult, I understood its popularity on worst lists. I have a feeling that car-crazed, preadolescents were the bulk of the show’s audience—which makes the car the most important character.

According to the script, the car was an extremely rare 1928 Porter—so rare that many plots revolved around the attempts of car collector Captain Manzini (Avery Schreiber) to obtain the Porter. There were two real Porter makes built in the U.S., and neither were anything like the TV car. One Porter was a steam car of 1900-01. The other Porter was a luxury performance car of 1919–22, designed by Finley Robertson Porter. Porter also designed the Mercer Raceabout of 1911–14, which many consider the best American sports car of the brass era. Finley Robertson Porter died a year before the TV series aired and was spared any embarrassment. 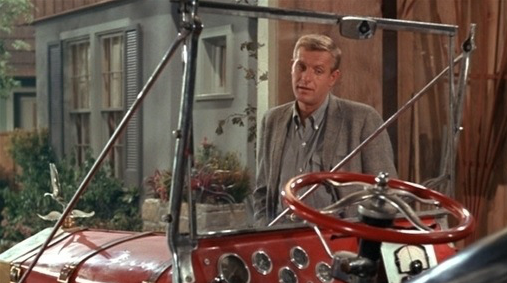 The TV car started out as a hot rod built by Norm Grabowski. Grabowski was well known in the hot rod community and also built the Kookie T used in 77 Sunset Strip. The Grabowski car combined a 1924 Ford Model T touring body with a Chevy 283 V8 and Powerglide automatic transmission. It’s said that the car also has parts from a Maxwell and a Hudson. Grabowski sold his car to prop man Kaye Trapp. Trapp, along with special effects expert Norm Breedlove (father of land-speed record-setter Craig Breedlove) modified the car to become a “1928 Porter” for the pilot.

It’s speculated that the car was named for the show’s production manager, W. A. Porter. Changes were made so that the Sixties hot rod would look like a Twenties car. These included a brass radiator with Porter script, longer hood, and rear-mounted fuel tank. The car doesn’t really look like anything built in 1928, but it was good enough for TV. Norm Grabowski’s contributions to My Mother the Car didn’t end with the sale of his car. Grabowski was also an actor with small parts in three episodes.

Once the series was approved, custom car designer George Barris created a replica Porter for stunt work. The stunt car could be driven by an invisible driver hidden under the rear floorboards. Both cars survived.

AMT built a plastic model of the Porter using a 1927 instead of a 1924 Ford touring body. I built that model, but that Porter didn’t survive—probably the victim of a cherry bomb.

What Was The “Beverly Hillbillies” Truck?