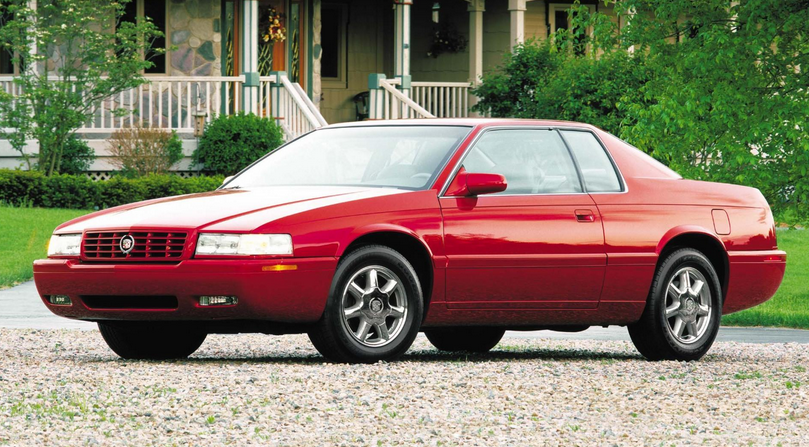 As fate would have it, the 2002 Eldorado would not be the last Cadillac coupe—a couple of subsequent 2-door models would relieve it of that historic burden—but by most accounts it would be the last “old-school” Caddy. 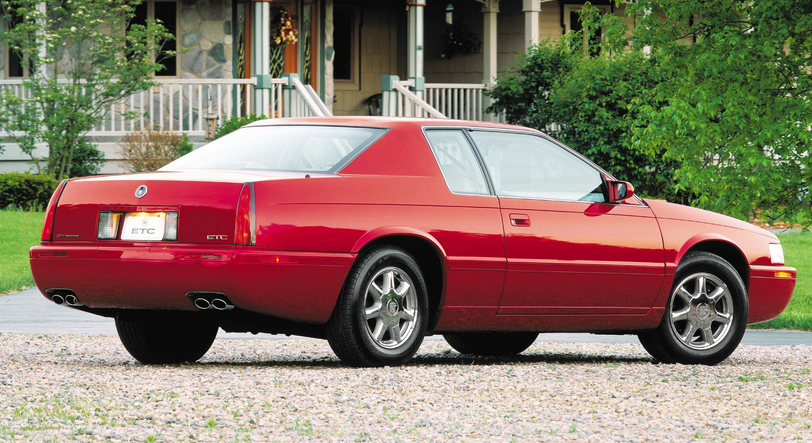 The 2002 Eldorado would be the last large, personal-luxury car Cadillac would ever produce, however, and its passing was as much a statement about an evolving Caddy lineup as it was about a changing luxury-car landscape.

How fast were things changing in Cadillac showrooms? The same year the Eldorado was dropped from the brand’s portfolio, sales of the Escalade large SUV shot up more than fifty percent.

In Consumer Guide’s original review of the 2002 Eldorado, CG Editor-at-Large Chris Poole wrote, “A holdover from another age, Eldorado continued its long sales slide in calendar 2000, off 13 percent year-to-year. The decline has continued into 2001, with orders off 16.7 percent through the end of the third quarter. With all this, Eldorado’s expected execution has been moved up, and the 2002 models will be the last. No direct replacement is planned.”

All told, just 7105 2002 Eldorados were produced, 1596 of which were commemorative Eldorado Collector Series (ECS) models. The ECS was built in three batches of 532 units (that number was a nod to the Eldorado’s total production run in 1953, its debut year). Two of the ECS production runs were all painted Alpine White, while the third batch was Aztec Red.

Let us know how collectible you believe these last-of-an-era Cadillacs really are. The place to leave comments is at the bottom of this page. 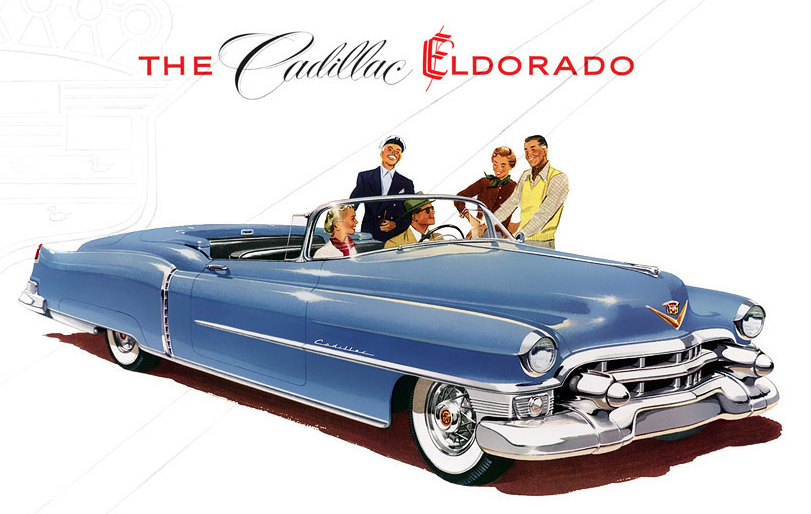 The Cadillac Eldorado debuted for 1953.

What follows is Consumer Guide’s original review of the 2002 Eldorado. We’ve included specs, prices, and powertraininformation as well.

The Last Three Coupes of the Cigar-Wielding American Dealmakers

Production of this slow-selling V8 luxury coupe ended in April 2002, with retail supplies expected to be exhausted by late May. Cadillac marks the occasion with a commemorative Collector Series model with special emblems, plus colors and exhaust note intended to mimic those of the original 1953 Elcorado. Dubbed the ECS, it joins Eldorado Sport Coupe (ESC) and uplevel Touring Coupe (ETC) models. The ESC has 275 hp, the ETC and ECS 300. All come with a 4-speed automatic transmission, traction control, antilock 4-wheel disc brakes, and General Motors’ OnStar assistance system. Eldorado is the only Cadillac without front side airbags. An antiskid system is optional on the ESC, standard on the others.

Both engines are quick and powerful and work with a smooth, alert transmission. At around-town speeds, ESC’s tuning makes it more responsive than ETC, which emphasizes highway go.

Both averaged around 18 mpg in our tests. Cadillac recommends premium gas.

Dashboard is stylish and functional, with quality and detail execution just a notch below that of top import luxury brands. 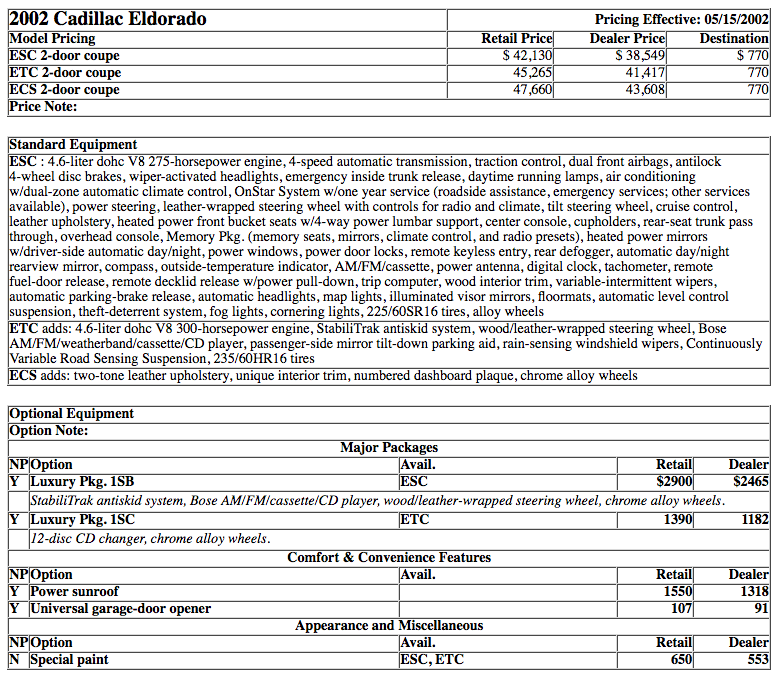 Lots of head, leg, and shoulder room up front. Wide, heavy doors are awkward. Big rear roof pillars restrict visibility. Second-row roomy enough for two adults, but as in most 2-doors, rear entry/exit is a chore.