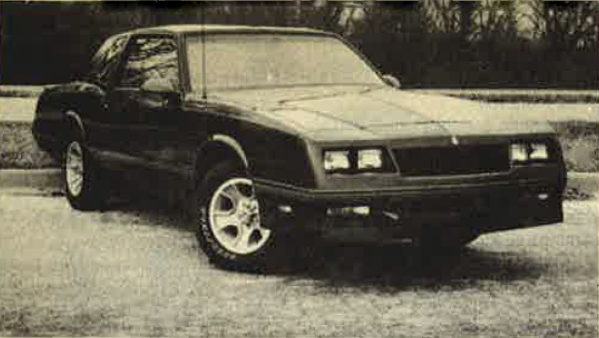 As a contemporary homage to the classic muscle car, the 1987 Chevrolet Monte Carlo SS followed the letter of the law, if not the spirit. The Monte SS was indeed a midsize car crammed full of big-car engine, but by ’87, “big-car” engines just weren’t what they used to be.

The SS’s 5.0-liter V8 was goosed to 180 horsepower, no trifling sum by 1987 standards. But the car itself weighed in around 3300 pounds—a bit more poundage than the 5.0-liter powerplant could move with any real authority. In fact, the ’87 SS’s horsepower-to-weight ratio of 18.2 pounds per horsepower is just slightly higher than that of a base 2018 Honda Civic’s (17.8 to 1).

Perhaps ironically, it was not power but handling prowess that the editors of Consumer Guide found praiseworthy when evaluating the 1987 Monte Carlo SS—an attribute not typically associated with muscle cars in general, or Monte Carlos specifically.

My fasciation with this generation Monte Carlo SS came by way of a former coworker who owned one. His tales of the car’s performance were both wild and utterly fabricated. Still, the car sort of looked the part, with a big spoiler, cool wheels, and rakish front-end treatment. (You can read more about Monte Carlo Guy’s fantastic lies here.)

The SS was fairly popular with shoppers, accounting for almost 40,000 Monte Carlo sales for 1987.

Below, please find Consumer Guide’s original review of the 1987 Monte Carlo SS. And, if you’ve ever spent time with one of these factory-tweaked Montes, please tell us about it. The place for comments is down at the bottom of the page. 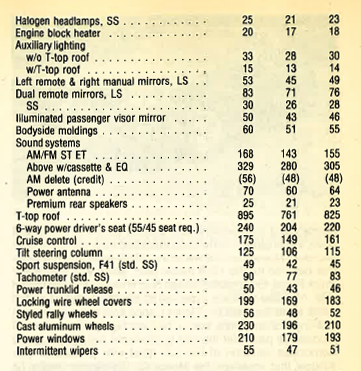