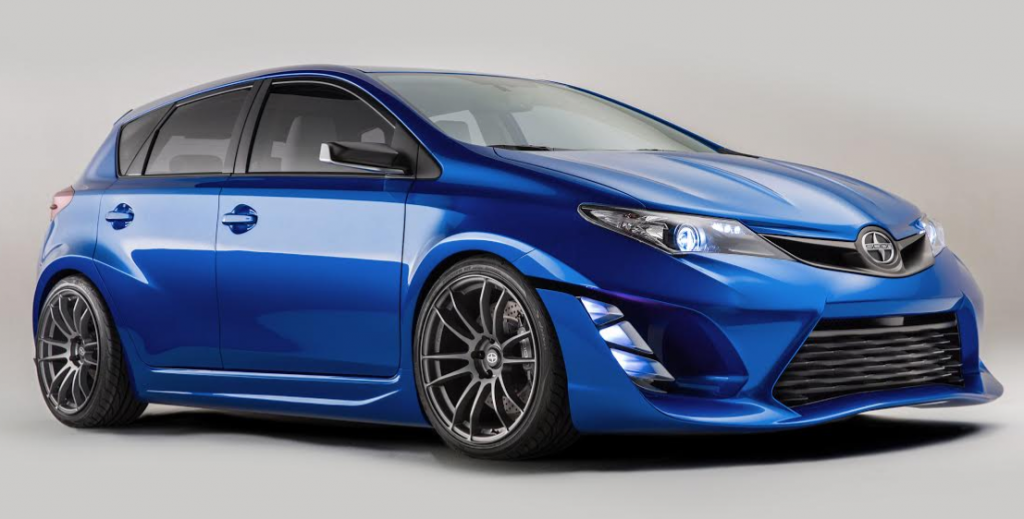 At the 2014 Los Angeles Auto Show, Toyota’s Scion division unveiled a slicked-up concept version of a 4-door hatchback that it plans to release as a production vehicle in the near future. In overall size and shape, the Scion iM Concept recalls the recently departed Toyota Matrix, but with a more-aggressive look.

Since the iM Concept is a show car, it sports a lowered suspension, forged alloy 19-inch wheels, monster disc brakes—none of which have a chance of making it to the actual production model. Scion officials were tight-lipped about details of the production iM, revealing only that they expect its price to start under $20,000. The production iM is scheduled to be revealed at the New York Auto Show this coming April, so information about the powertrain, fuel economy, and technology features will be released then. We’d expect the iM to hit dealerships sometime in the 2015 calendar year.

The departed Toyota Matrix always offered fine passenger and cargo versatility for its size, so we’re happy to see a similarly configured vehicle join the Toyota family of products. And, the youth-oriented Scion brand is a logical place to release such a vehicle. The attitude of the forthcoming production iM will most certainly be watered down from this aggressive-looking concept, but it should still be attractive (and more importantly, affordable) to its young target audience.