She Blinded Me with Product Placement 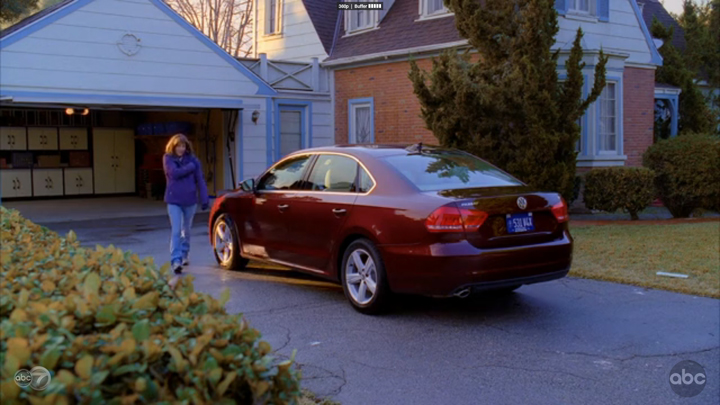 In preparing for the nightly ritual of bathing and feeding my infant son and putting him to bed, I happened to catch a good portion of the ABC sitcom The Middle. What I initially thought was some sort of alternative-universe version of FOX’s former hit Malcolm in the Middle seemingly devolved into an extended commercial for the 2012 Volkswagen Passat.

Without bogging this down with details, essentially the family around whom the show revolves uses their neighbors’ new Passat as their personal vehicle. More than once over the course of the show, the characters specifically said the word Passat. And it wouldn’t have been complete without the camera panning over the shiny chrome grille with large VW badge in the center.

Now I normally have no qualms about product placement in movies and television shows. The bills have to get paid, after all. But The Middle took it to a whole new level, and with all the subtlety of a rodeo clown. After each spoken reference or camera pan shot, I kept waiting for Volkswagen of America CEO Jonathan Browning to pop in from the side and hand a burlap sack with a big $ sign on it to one of the actors, followed by a cash register “cha-ching!” sound effect.

Slightly less offensive is the insertion of Ford vehicles into the USA Network show White Collar (which I watch religiously). While no products are specifically called out, more than once during an episode you’ll see full-body exterior shots of the Taurus and/or Explorer. The camera will also focus on the characters portraying FBI agents using the Sync and MyFord Touch infotainment systems to make and receive phone calls. It’s still a blatant money grab by the show’s producers, especially since such occurrences happen at least once per show, but it’s not quite as over-the-top as ABC’s outing.

One network drama that does automotive product placement right is CBS’ NCIS: Los Angeles. Characters don’t talk about what they drive, and there are no pandering pans of a grille and/or company logo. Most of the “starring” cars are pretty cool to boot. I’m willing to bet that even non-gearheads would easily identify the Dodge Challenger regularly piloted by leads Chris O’Donnell and LL Cool J. They’ve also been known to cruise in some sweet premium/exotic cars, including a Mercedes-Benz S-Class, a Jaguar XK, and even an Aston Martin Rapide. Costars Daniela Ruah and Eric Christian Olsen cruise the mean streets of L.A. in a current-generation Cadillac SRX, a ride we at Consumer Guide rather enjoy.

It might be an apples-to-oranges comparison, since none of the aforementioned companies likely shelled out the cash to appear on NCIS: Los Angeles that VW did for The Middle. Were I not in the business of critiquing cars, trucks, SUVs, and vans of all stripes, I wouldn’t be more inclined to learn more about the Passat as a result of its egregious placement on TV.

Or maybe I should simply get out more and not let this stuff bug me.