Beauty and the Beast: A Land Rover vs. Mercedes Commuter Battle 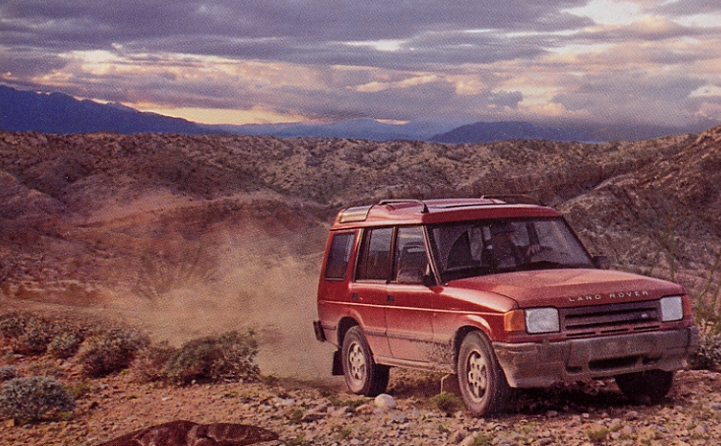 Tom likes to think trucks like this 1995 Land Rover Discovery actually get dirty every now and then.

I apologize upfront for not having a picture of this. I assure you, however, that the absurdity of the situation transcends mere photography and wafts into the realm of the surreal—but only if you were thinking about it. Maybe you had to be there.

There, stopped at the intersection side-by-side in the front row of traffic was a pair of vehicles that immediately demanded comparison. Though both were imported luxury SUVs of the same vintage, and despite being side-by-side in physical space, they were worlds apart in spirit.

The first truck looked to be the ride of a once-wealthy poser fallen on hard times. The vehicle, a sliver 1995-ish Mercedes-Benz ML, looked its age. It was tired and bore more than a couple deeper-than-a-scratch gouges on its weary fenders. But it wasn’t the obvious neglect that caught my eye; it was the god-awful and mindless application of off-road hardware to the truck that commanded attention.

Up front, a huge tubular brush bar, complete with a half-dozen headlamps, some of which still sported plastic covers, obscured the once-proud Mercedes grille. Looking at the now-pitted chrome metal piping, it was difficult to imagine that the auxiliary lighting had ever been put to use.

A similarly needless chrome mega-bumper was wrapped around the corners of the truck’s rear flanks, forcing one to wonder how, exactly, the rear hatch could open.

But the most egregious assault on both the vehicle’s innate good looks and overall functionality were the absurdly massive diamond-plate running boards running the length of the truck. I say “boards,” though I actually only saw the truck from one side. Given the vehicle’s overall condition, it probably isn’t safe to assume that the unseen matching board was still in place.

It was the visible running board that betrayed the sad truth surrounding the life of this poor vehicle. Mounted low enough along the sides of the truck, the board would almost certainly be ripped from the truck if it were driven over anything larger than gravel, much less an actual boulder or log. No doubt there was a day when all the glued-on gear was shiny and new enough to provide (selective) curb appeal, but now the stuff served only as a sad reminder that actually being ready to hit the trail is less important than looking like you’re ready.

But for this sad yin, on this day and at this time, there was a yang. Also a ’95 or thereabouts, the other truck involved in this brief but memorable encounter was a showroom-stock Land Rover Discovery in pristine condition and sporting a perky middle-blue hue. The fact that this truck was loved was clear. Loved, waxed, and garage kept—and also, I imagined without proof of any kind, driven off road from time to time. But most importantly, unlike the Mercedes, it could be driven off road. And it was in this knowledge that I took solace.

Because of the sun, I couldn’t see the driver of either vehicle, though I seriously doubt they were checking out each other’s ride. When the light finally went green, the Mercedes shot away at full throttle, which feels about right. It’s a used car now, and the next time it suffers a serious breakdown it will likely be sold for parts. Not the Rover.

I can’t tell you that the Discovery was actually being driven with care; it’s just as likely that someone inside was worried about spilling coffee. But someone was washing it, and someone was garaging it. And possibly, maybe, someone is driving it off the pavement every now and then.