“Barn finds” are all the rage these days in the vintage-car world. This 1969 Camaro SS 396 was on display in “as-found” condition, accumulated grime and all.

It’s a summer tradition of mine to attend the Goodguys Heartland Nationals show at the Iowa State Fairgrounds every Fourth of July weekend. I haven’t missed a single show yet, and this year’s edition was the 22nd annual. Goodguys shows are street rod, custom, street machine, and muscle-car events first and foremost, but every year I’m surprised at the number of interesting stock (or at least “stock-ish”) vehicles I find mixed in with the expected T-buckets, ’32 Fords, Tri-Five Chevys, Mustangs, Camaros, and Chevelles. Most Goodguys events draw huge numbers of cars (this year’s Heartland Nats reached a record-breaking 4,300 vehicles), more than any one person can see in a weekend. With that kind of volume, chances are good you’ll find something that’s right up your alley. I decided to chronicle some of the more unusual “non-custom” vehicles I came across. Have a look . . .

Highlights from the Muscle Car and Corvette Nationals 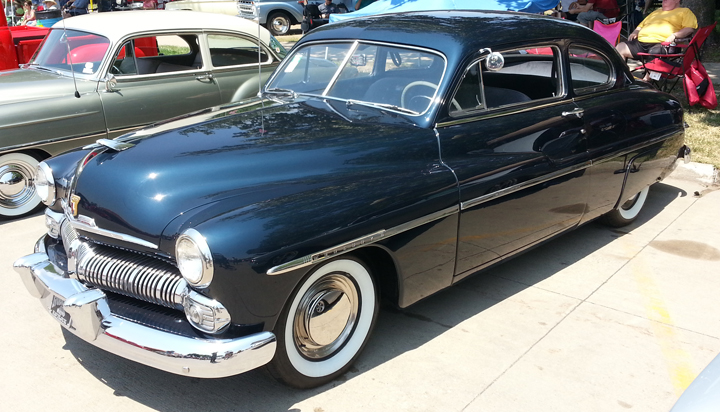 The 1949-51 Mercurys are the quintessential chopped-top “leadsled” customs, but there are still stock examples out there that have escaped the customizer’s torch. This one is a 1950.

Not your ordinary grocery getter. . . . According to its show placard, this ’70 Oldsmobile Vista Cruiser is 1 of 6 converted by Hurst Performance to W30 muscle-car specs, with a 370-hp 455. Look closely, and you can see the 442-style twin-scoop hood. 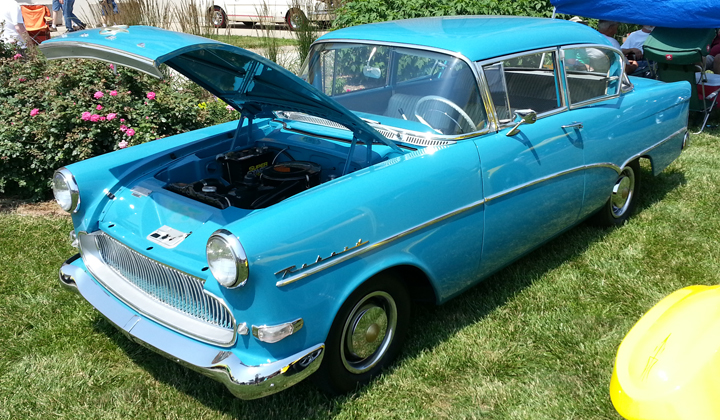 I don’t think I’ve ever seen a 1960 Opel Rekord at a car show before, but there was an immaculate one at the Heartland Nats. 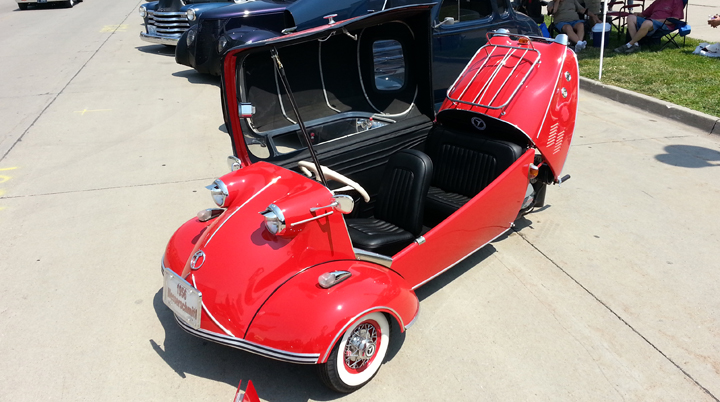 Even micro cars come out of the woodwork for this event. How about a 1956 Messerschmitt KR-200? It has a one-cylinder, 10-horsepower engine. 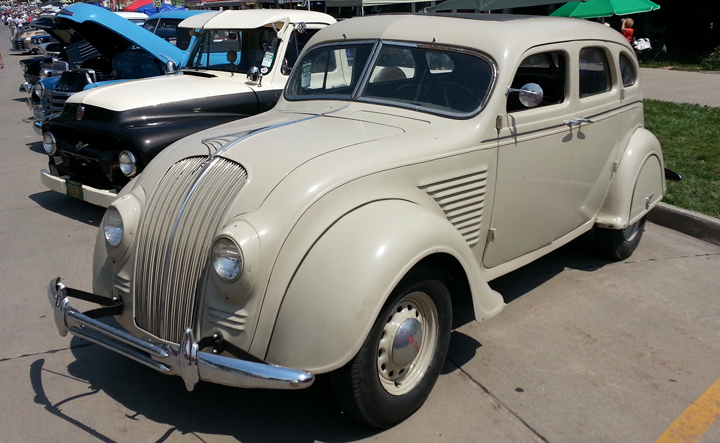 With its unibody construction and radically streamlined body, the 1934 DeSoto Airflow was way ahead of its time. 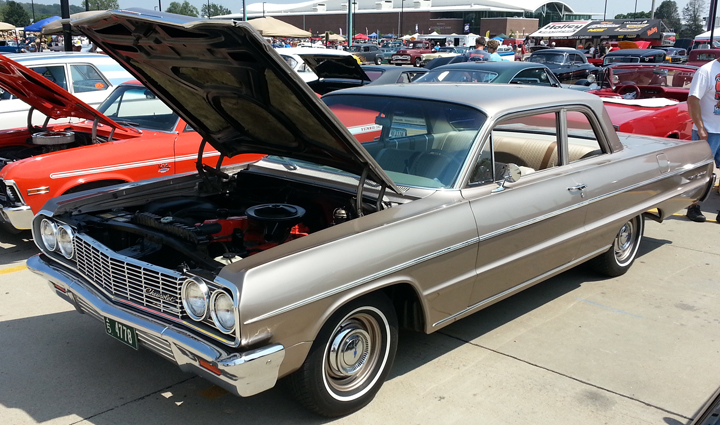 This beautiful 1964 Chevrolet Bel Air two-door sedan was striking in its simplicity. . . . Funny how the “plain Jane” cars get a lot more interesting as they age.

When was the last time you saw a 1967 Oldsmobile Delmont 88 two-door hardtop?

This nicely restored 1960 Chevrolet Corvair was parked in the swap meet area with an asking price of $8,500. The roof rack is a nice touch.