Lynx to the Past: 6 Model Names I’d Like to See Again 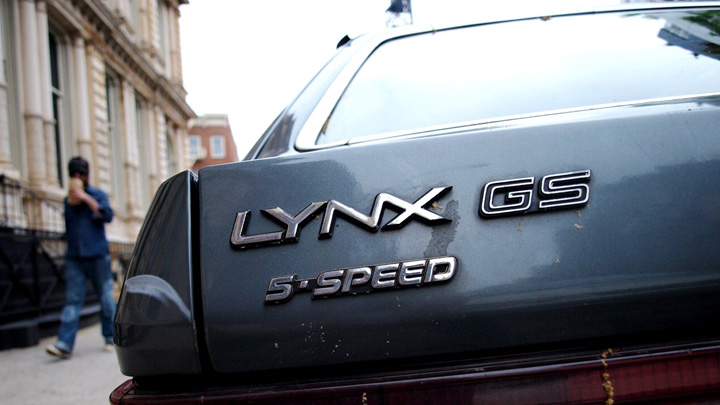 There’s no real way to know the impact of a vehicle’s name on its retail success. Still, some monikers are certainly more fitting than others. I can’t imagine a better name for Ford’s pony car than Mustang, and I can’t imagine a worse name for an entry-level ride than Aspire. Ford sales folks I know used to joke that an Aspire owner “Aspired to drive anything else.”

I have compiled here a list of six out-of-action model names I think deserve a comeback. As always, I welcome your input. Tell us what names you’d like to see on this list.

(Note: I wanted to add Scirocco to this list, but the name is in active use in Europe, where—surprise!—it serves duty on a sporty Volkswagen Golf-based hatchback.)

Ambassador (AMC)
I usually cap my model names off at three syllables, but this long-dead moniker rolls off the tongue so easily that I don’t mind. I have no special fondness for the American Motors cars that wore this badge; I just think the name is great. When I think of an ambassador, I think of sophisticated living, long trips, high-level strategy. Decent associations, I’d say.

Bronco (Ford)
Before being burdened with a II suffix, Bronco was a cool name attached to a cool truck. I always associated the Bronco (and the similar Chevrolet Blazer) with successful contractors who got to park in cool places on construction sites and never, ever, got stuck in the snow.

Cutlass (Oldsmobile)
According to Freedictionary.com, a cutlass is a “short, heavy sword with a curved, single-edged blade.” As far as hand-to-hand combat weapons go, cutlass sounds so much better than nunchucks. As far as pointy things go, I like the name LeSabre, too, though the Le part feels a wee dated.

Lynx (Mercury)
A small, nimble, cool-looking feline with attitude—that’s indigenous to the United States? The Lynx name is not only rife with positive associations, it sounds great, and it has a marketing-friendly X in it, too. If Ford ever brings to the U.S. a smaller-than-Escape crossover, I suggest slapping a Lynx badge on it.

Mark IX (Lincoln)
No, there never was a Mark IX, but there should have been. Lincoln wrapped up the Mark series at VIII, moving on to catchier names like LS and MKT. I propose the Mark IX badge be affixed to a large, sporty, rear-drive Lincoln flagship packing an EcoBoost version of Ford’s 5.0-liter V8.

Zephyr (Lincoln and Mercury)
This poor name has been attached to some seriously uninteresting vehicles. After spending the latter part of the ’30s on some beautiful Lincolns, the Zephyr name would later serve as a model name for a Mercury version of the Ford Fairmont, and most recently as a Lincoln version of the Ford Fusion. I’d like to see the Zephyr name on a rear-drive Mercedes-Benz CLS-like four-door Lincoln coupe packing Ford’s EcoBoost 3.5-liter V6. The Zephyr would slot below the Mark IX (see above) in Lincoln’s cool, new lineup.