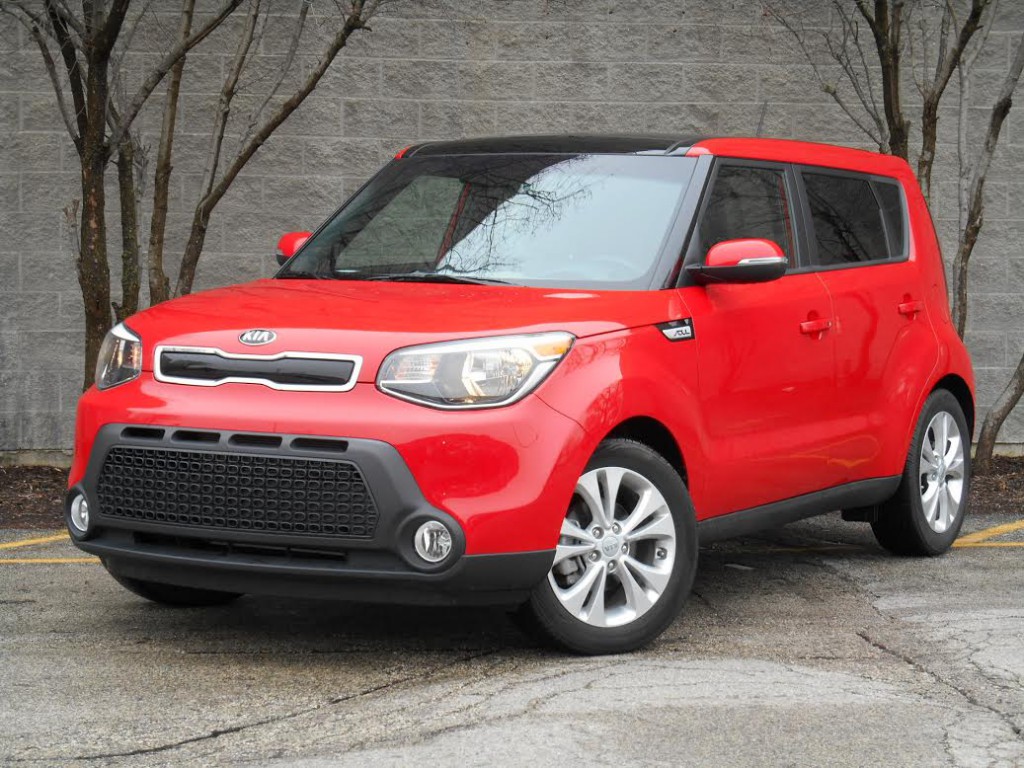 The great: Generous amounts of passenger and cargo space

The not so good: Fuel economy trails class leaders

Lincoln used to be famous for its serially numbered Continental Marks. Kia, it seems, wants to be known for its punctuation marks.

The 2014 Kia Soul subcompact crossover family is topped by the ! (Exclaim) model, which we tested last fall. Between it and the base Soul sits the + (Plus), which is the subject of this Consumer Guide® test drive. The ! and the + have a lot in common, and what we said about the top-end model in terms of room, performance, and appointments last fall holds true for the mid-level model now. They have the same 2.0-liter 4-cylinder engine and 6-speed automatic transmission, and, with options, the + closely approximated the equipment level of the Soul that we tested late last year.

What is different and worth discussing is the value equation between the two vehicles. The ! has a $20,300 starting price, which makes it $2100 more expensive than the +. For the extra money, the high-level Soul features different bumpers, power-folding exterior mirrors, an autodimming rearview mirror, projector-beam headlights, fog lights, LED parking lights and taillights, 18-inch wheels, the Kia’s UVO infotainment system, a rear camera, cooling glove box, better upholstery, a 10-way-power driver’s seat, leather-wrapped steering wheel and shifter knob, and satin-chrome interior door handles. 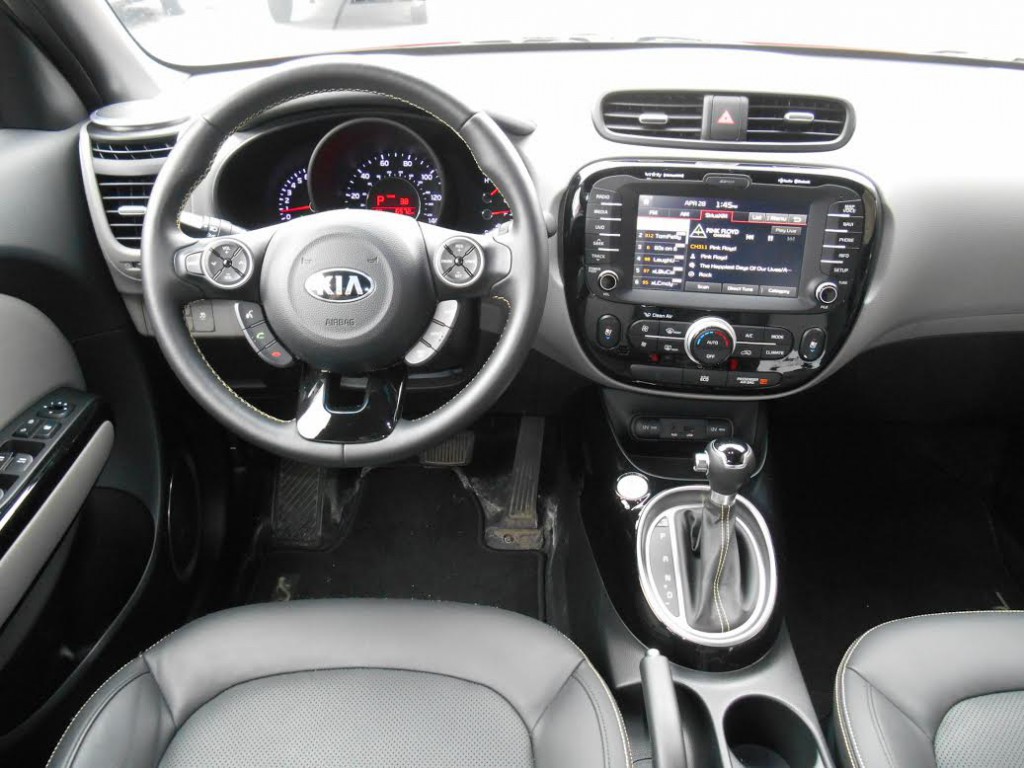 The 2014 Kia Soul update brings with it much improved cabin appointments.

Our earlier test Soul ! topped $26,000 delivered with a couple of option groups that added plenty of popular and desirable features like automatic climate control, a panoramic sunroof, nav system, audio upgrade, heated leather seats, and more. Selecting the Audio and Primo packages for our recent Soul + added $4400 to the tab, but they provided some of the things that would be standard on the ! (fog lights, power driver’s seat, leather-trimmed steering wheel/shifter) while pumping in some of the coveted upgrades (automatic climate control, navigation, improved audio, big sunroof, heated leather seats in two rows, heated steering wheel). Another $500 installs the voice-capable UVO system, rear camera, and automatic headlights; a final $115 secures carpeted floor mats. That adds up to an as-delivered price of $24,010 for our test Soul + that has the major features of our earlier !, but for about $2000 less.

Consumer Guide drives the even plusher Kia Soul !, read about it here

The Soul + comes with standard 17-inch-diameter alloy wheels. Ride was not appreciably different from that of the ! we tested with slightly larger wheels. This driver covered 189 miles in the +, 67 percent of them being “city” miles, for an average of 26.12 mpg. That was more than 3 mpg better than his experience with the Soul !—and that with slightly less city driving. We don’t get it, but we’ll gladly add it to the list of things we like about the 2014 Kia Soul.

The Kia Soul sees its first redesign for 2014 (it debuted as a 2010 model), though it might take a second glance to see all the changes. Similar to what Mini has done with its redesigns of the Mini Cooper, Kia has opted to stick close to the look of the original even while changing everything. And all those changes are for the better. The original Soul was a fine entry in the compact “quirky box” segment that includes the Nissan Cube and Scion xB. The new Soul is better on most every front. 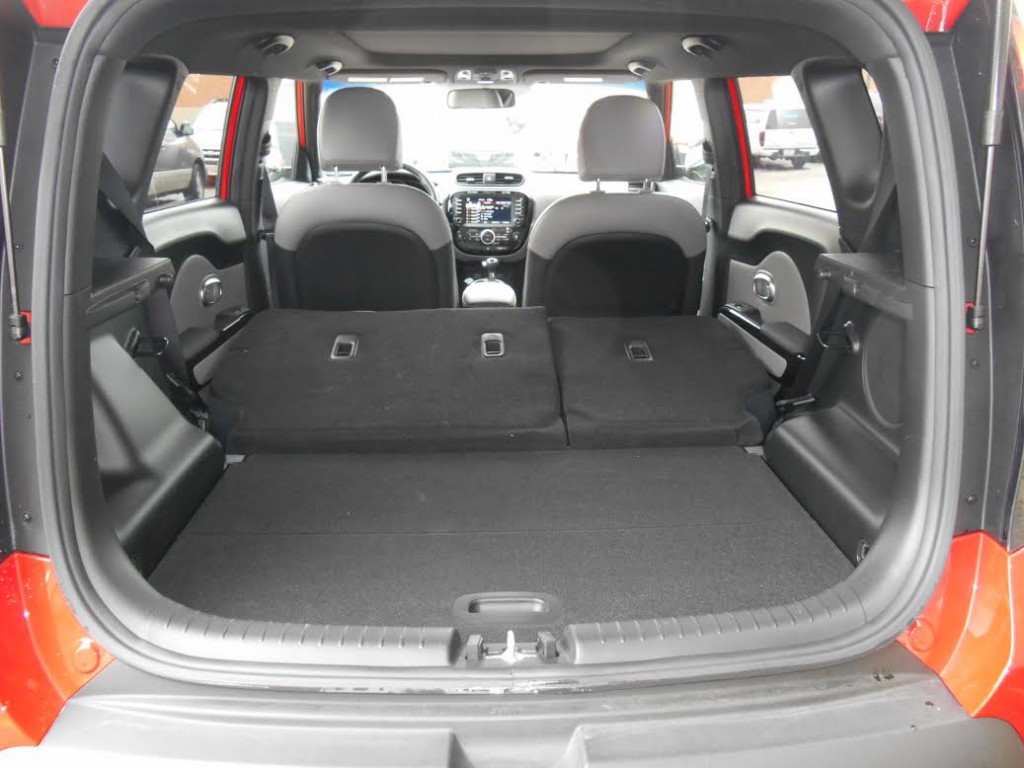 The new Soul’s much-improved interior feels surprisingly upscale for the class, even in midlevel Soul + trim and the $3000 Primo Package. Our tester’s cabin sported handsome contrast stitching, a good number of soft-touch surfaces, and an overall sophisticated feel. The Primo Package adds such niceties as leather upholstery, push-button starting, heated and ventilated front seats, heated rear outboard seats, and a heated steering wheel. The $3K price tag is significant, especially in this segment, but the Primo Package goes a long way toward giving the Soul a more luxurious feel.

Soul often feels like a larger vehicle than it is, thanks to its relatively tall seating position, generous passenger space in both the first and second rows, and surprisingly comfortable driving personality. From behind the wheel, it’s easy to forget it’s a subcompact… until it comes time to park or load up with cargo. Parking is a piece of cake, thanks to the responsive steering and compact footprint. Loading up the cargo area behind the rear seats gets tricky if you’ve got much more than, say, a single golf bag or half a dozen grocery bags. Naturally, the second-row seatbacks fold down for extra capacity, and if you’re carrying larger boxes or suitcases, you’ll need that extra space. 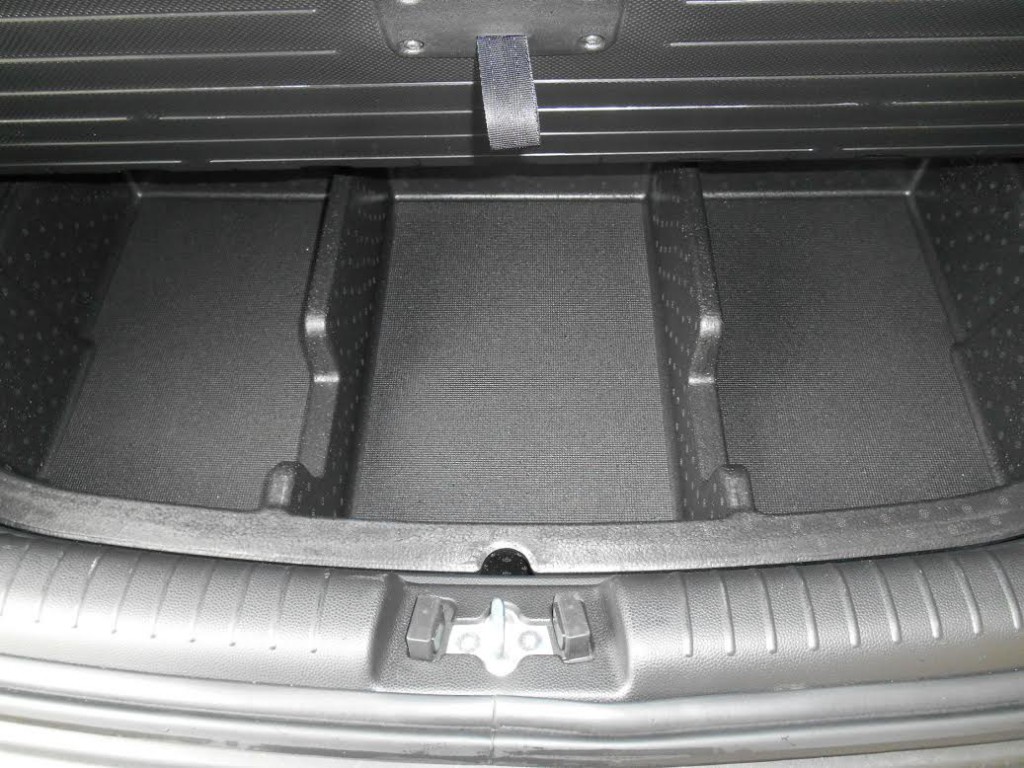 Soul’s driving character is quite refined for its small size. The steering is fantastic; it’s very communicative, and it has a smooth, sophisticated feel that’s rare in this class. Despite the short wheelbase and relatively sporty suspension, the Soul rides laudably well for a subcompact vehicle. You certainly won’t mistake it for a luxury sedan, but it is never harsh or uncomfortable. The Soul + model comes equipped with a 164-hp 2.0-liter four-cylinder, which provides peppy acceleration in around-town driving.

I was a fan of the original Soul for its funky personality, practicality, affordability, and passenger/cargo versatility in a small package. The new Soul amplifies all of those winning traits while upping the refinement level all-around.