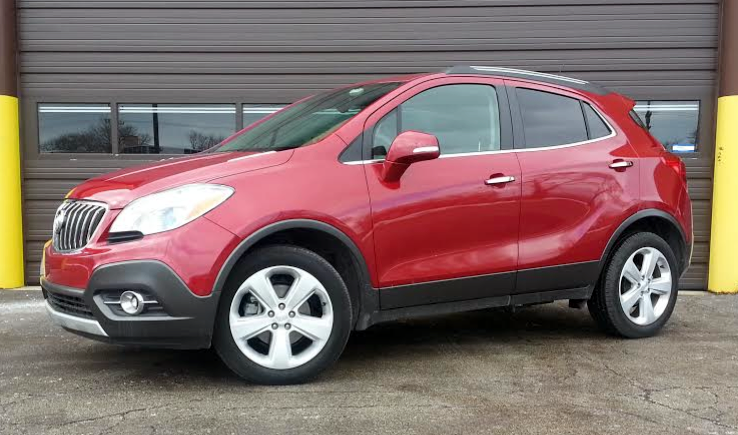 The not so good: Modest power

Early in 2014, Consumer Guide® sampled a Buick Encore compact-crossover SUV, so coming back to one a year later—especially for a vehicle not fundamentally changed—should have been déjà vu all over again. It wasn’t, however. Not quite. 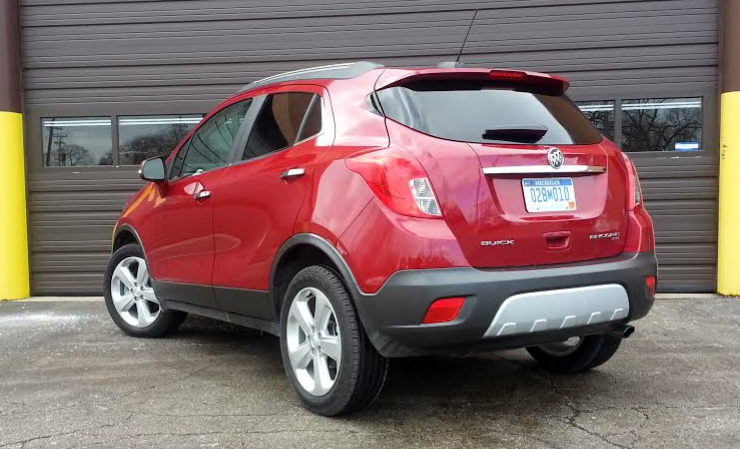 The 2014 Encore test was carried out in a front-wheel-drive example with the same 1.4-liter turbocharged 4-cylinder engine and 6-speed automatic transmission as in the ’15 model with all-wheel drive. I don’t know if it had to do with the presence of the AWD running gear (according to Buick’s 2014 figures, the all-wheel Encore weighed 119 pounds more than a front-driver), but performance felt completely different than in the 2014 Encore test. Acceleration was labored and somewhat loud in the 2015 model, and punching it at speed came with an inordinate wait for kickdown. This Encore was hardly the lively, quiet expressway performer that we praised a year ago. 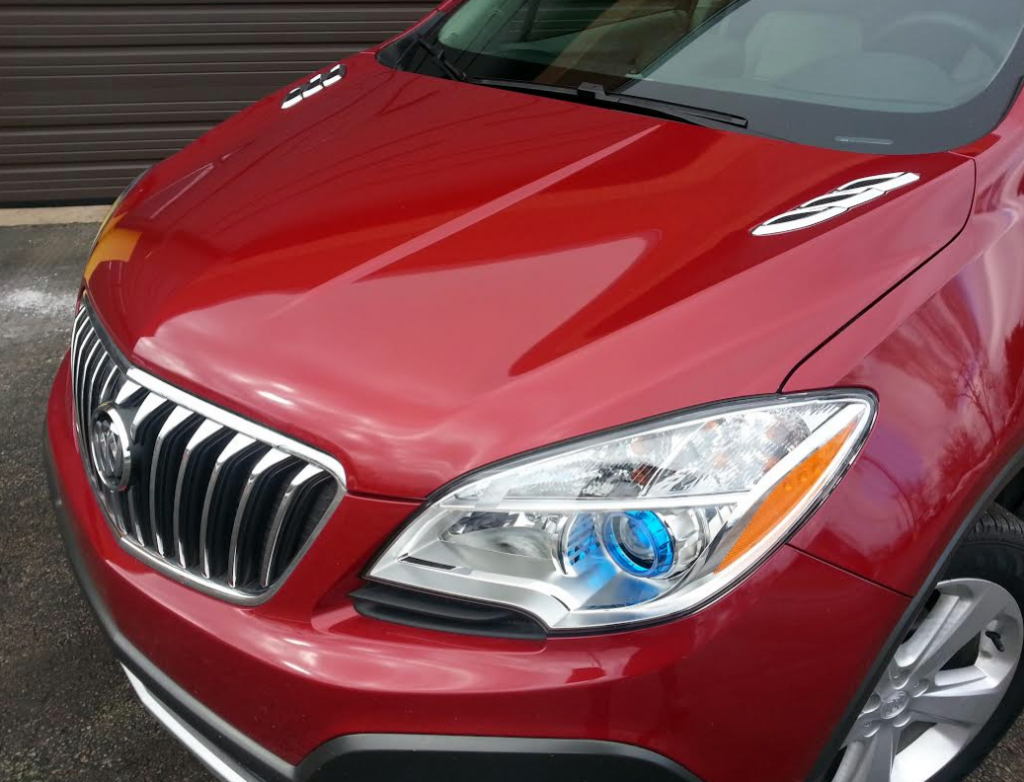 Designers made room for Buick’s classic ventiports on Encore’s hood.

Neither was it as economical for this tester. A 205.6-mile trip, with 51 percent city-style driving, returned 22.97 mpg—a little more than 3 mpg short of what the ’14 Encore averaged in the same hands. That most definitely has to do with the all-wheel drive. EPA ratings for AWD models are 23 mpg in the city and 30 mpg on the highway, while estimates for the front-drive job are 25 city/33 highway.

Another difference: While CG’s 2014 Encore was a top-of-the-line Premium model, this latest example was a step down from that in what Buick calls Leather Group trim. Speaking of “Leather Groups,” this was one that came in just 2 shades of gray, not 50, but still livened things up from an appearance standpoint. Other interior standards include heated front seats and steering wheel, 6-way power adjustable front seats, dual-zone automatic climate control, 6-speaker audio system, satellite radio, IntelliLink infotainment system with 7-inch screen, and Bluetooth connectivity. Other significant basic gear consists of remote keyless entry, a rearview camera, blind-zone and rear cross-traffic alerts, fog lamps, heated exterior mirrors with turn-signal indicators, and 18-inch alloy wheels. Like all 2015 General Motors vehicles, the Encore newly comes with OnStar information service with built-in 4G LTE Wi-Fi hotspot capability. 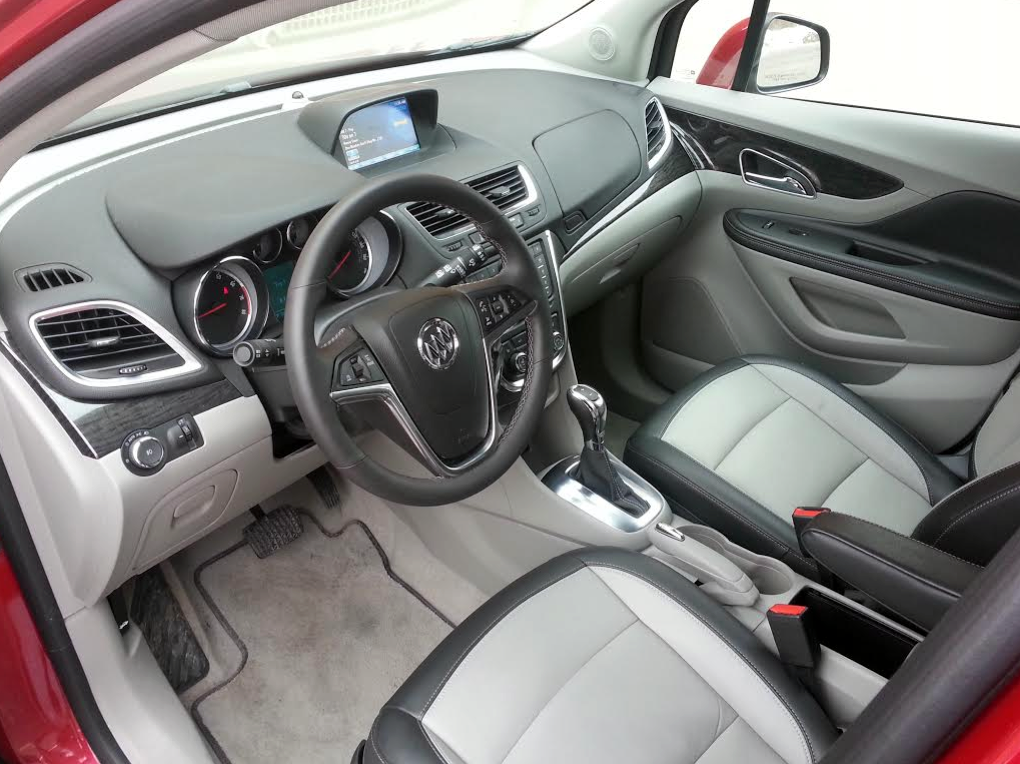 There’s plenty of front-row headroom in Encore, though shoulder room can be an issue for larger folks.

Because the IntelliLink display screen sits atop the dash and out of reach, it requires a lot of button-pushing to work it. All the necessary buttons are on the busy center stack.

Otherwise, this driver’s impressions of the 2015 Encore are mostly an, uh, encore of his take on the 2014 model:

I mirror John’s impression that the AWD hardware softened our test Encore’s thrust a bit, though it was my take away that the deficit came mostly in midrange power. That said, I remain a fan of the Encore, so much so that I’ve spent time trying to talk my father into buying one. 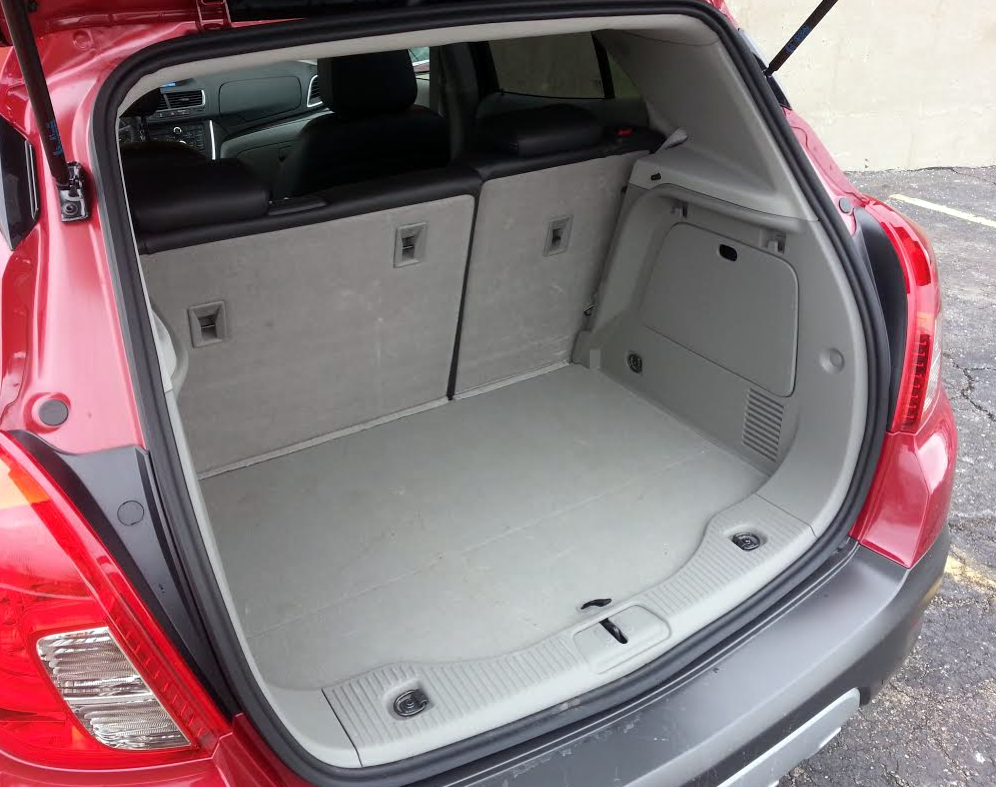 Encore boasts a surprising amount of cargo space, given its tidy dimensions.

Encore intenders concerned that the tiny Buick is a little out of their reach take heart, the new Chevrolet Trax is very much the same vehicle just decontended a little bit for entry-level duty.