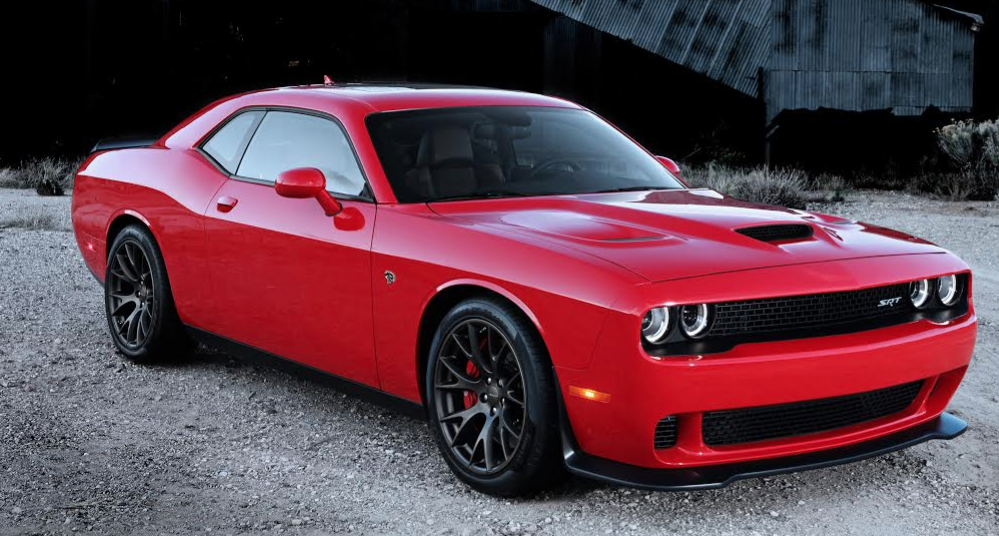 At the 2015 Detroit Auto Show, Consumer Guide sat down with Dodge President and Chief Executive Officer Tim Kuniskis. With the brand being repositioned as Fiat Chrysler Automobile’s American performance division, we wanted to learn more about the future of this century-old marque.

I want to ask you about the future of Dodge, and how the Dodge brand mission has changed over the last decade or so. It seems that it was just a couple years ago when Dodge lost the Viper, and we knew it was going to lose the Avenger. And there was some discussion about whether the brand was going to have the Durango much longer, and it was losing the minivan. So for a while, it appeared as though Dodge was about to disappear. That doesn’t seem to be the case anymore. I’m hoping you could tell me what Dodge is supposed to be, and what it’s going to be in five years. 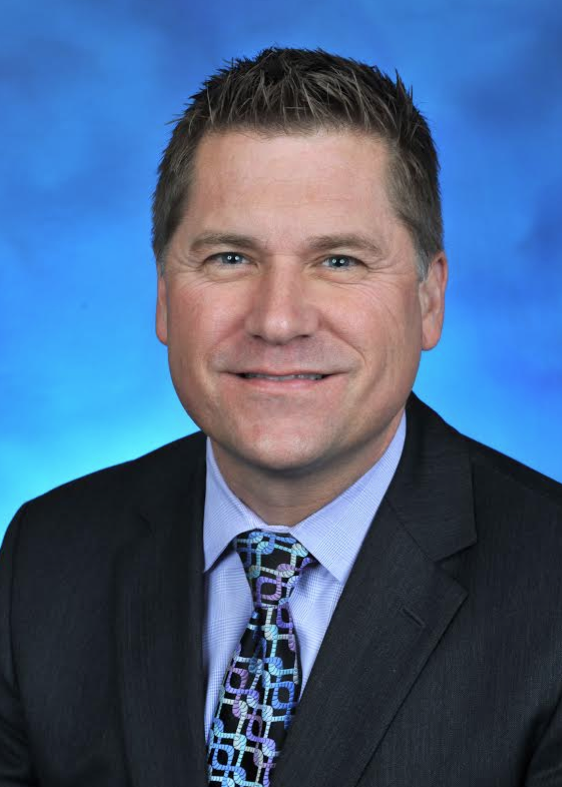 On May 6th, we launched a five-year plan for Dodge. At that meeting, we said that Dodge was going to be within our showroom. And it’s very important that I say that because we always have to remember–sometimes, we talk about Dodge as if it’s a brand all by itself. And it is its own brand, but it’s in a showroom with three other brands. So you have four brands like you have four legs to this table that is sitting in this showroom. So Dodge doesn’t have to be everything to everyone because we have an unbelievably strong SUV brand with Jeep. We have an unbelievably strong truck brand with Ram.

And what we said was, let’s capitalize on some of the real strengths of Dodge and where Dodge does really well, and–I’ve been saying for a long time–Dodge does well when we get off of the spreadsheet. And when I say get off the spreadsheet, what I’m saying is this: Doing the same thing better or doing the same thing like everybody else doesn’t really play that well for Dodge. Dodge excels when we give you something that takes you off of the spreadsheet, the spreadsheet being those things that all buyers do. Whether they do it in their mind or on a piece of paper, they sit down and they say, okay, what’s the price of the car? What’s the fuel economy? What’s the interior volume? All the things that [they’re] looking for in a car, that’s their spreadsheet.

Dodge works when we give you some reason to come completely off of that and be something different. And we said, on May 6th, we’re going to be the mainstream performance brand within our showroom. That’s good and bad. The good is mainstream performance is, okay, I got it. Performance. It’s clear. It’s distinct. I know exactly what you’re trying to be. It’s not some vague, nebulous marketing speak. I know what you want to be. The bad is saying performance always makes people think, oh, performance. High price, low volume, niche vehicles. Things like Hellcats and Vipers. No. And that’s why, at the same time, we said we’re going to put SRT and Dodge together going forward because we want Dodge to be mainstream performance, and we want SRT to be the ultimate halo, most extreme performance, sitting on top of Dodge.

And the reason that we did that is we said we’re not trying to be volume, niche, high-price vehicles. A perfect example of that is Charger. Everyone in the world would say that Charger is a performance car. They would call it a mainstream performance car. But if you look at the car, it spans from a $27,000, 31 MPG, 300 horsepower car all the way up to a $63,995 Hellcat that’s the quickest, fastest, most powerful sedan in the world. You have that breadth of cars–this being the most extreme halo all the way down to what I would consider a very strong, performance-oriented, attitude vehicle in the base Charger. That’s the type of thing that we’re trying to accomplish with Dodge–get off of that spreadsheet, give you something different. 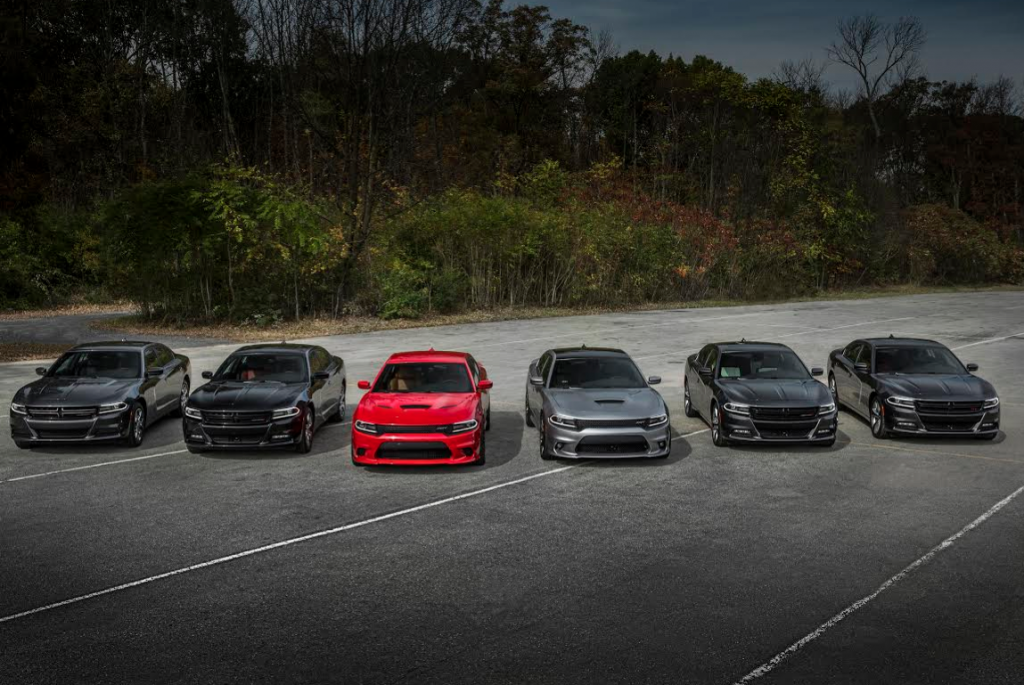 The 2015 Dodge Charger family portrait. Even the entry-level V6-powered Chargers sport an aggressive look that belies their affordable pricing.

So the entire Dodge portfolio, more or less, is based around the Charger?

Charger is core, and SRT is core plus?

Will SRT then become a Dodge-exclusive property?

Well, I can just say that we’ve moved SRT and combined it with Dodge on May 6th. So that’s the positioning of SRT to be part of Dodge. I can’t speak for the other brands. Will the other brands offer some performance options and things like that? They could, but SRT is aligned with Dodge.

What then is the Dodge/SRT relationship with Mopar? 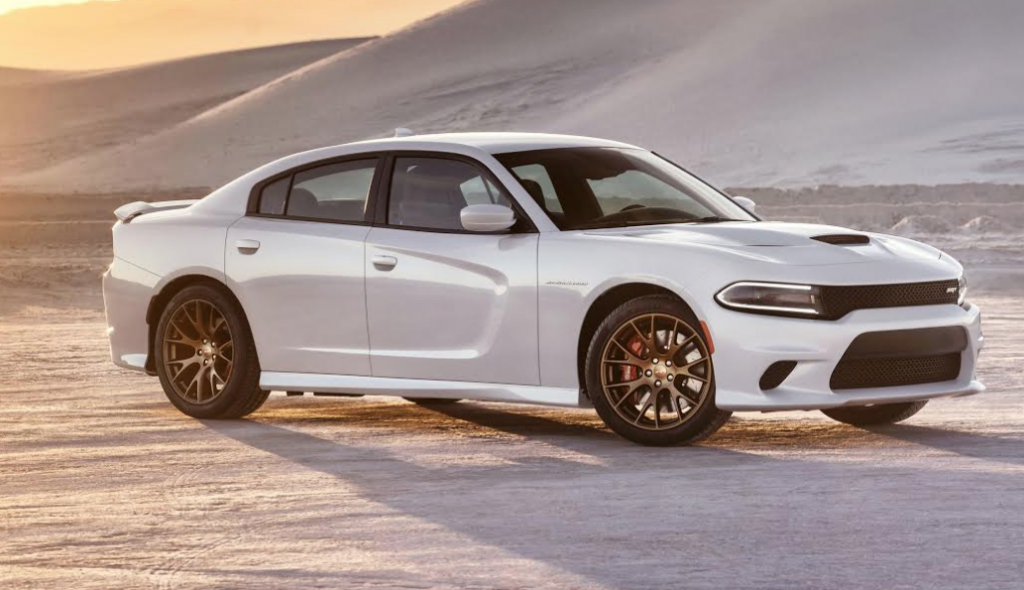 Early prototype versions of the Charger (shown here) and Challenger Hellcats wore simple “Supercharged” front-fender scripts. These were changed to a snarling Hellcat logo on the production cars.

When the smoke clears, there won’t be much Dodge and Chrysler platform sharing anymore. We’ve got, really, 300 and Charge…

The platform talk always generates a big conversation with me because I don’t think the average buyer thinks in terms of platform. I don’t think customers give a flip about platforms.

As long as customers don’t recognize it?

Yeah, they don’t cross shop each other at all. I mean, that’s a great example. It’s just a great example of platform sharing. Other than industry experts, I don’t think that most people notice that they’re the same car, platform-wise.

They may not or they may not know anymore. Certainly it was more clear at one point.

I mean, sure, that’s obvious. The [previous-generation Chrysler] 200 and [Dodge] Avenger, well, yeah. 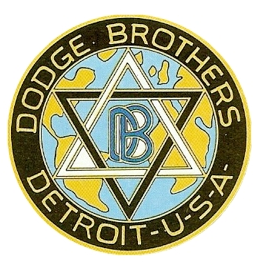 The Dodge Brothers built their first automobile in 1914. This Star-of-David logo was last used in 1938.

As a performance brand, do V6 variants of the Challenger and Charger still have a role at Dodge?

Yeah, absolutely. They’re our volume cars. Think about it for a second–you got a 300 horsepower, Pentastar V6 with a high-performance transmission. You put those two together; you got 0-to-60 mph in 6.0 seconds. You got the performance you used to get from a V8, and 31 miles per gallon. Now you get the torque multiplication of the eight-speed automatic that makes a V6 today feel like a V8 did a couple years ago.

The V6 is our volume car on both lines, both on the Charger and the Challenger. And we go to great lengths to not make them look radically different (from V8 models). Some theories would say, okay, I want my entry-level car to look significantly different than my R/T, something like that. I look at it and say, why? I mean, it’s a 300-horsepower car that’s got fantastic acceleration and great performance. There’s no need to make excuses for that car.

Have you guys been able to measure the impact of the Hellcat onslaught? Obviously, there’s no volume there, but clearly, the buzz has value.

Here’s the funny thing. So, an article came out about a week ago. I’ve been talking about this for a long time because a lot of journalists actually gave me a hard time. They said, Tim, this is a very low volume car for a very specific customer. You’re never going to sell a ton of them, even though you’re saying you’re not going to cap the production. You’re going to build as many as you can. But even so, there’s just a limited number of buyers for a 700 horsepower muscle car.

And I said, because it is a halo car for the brand. And the definition for a halo car is you’re going to generate more excitement and more buzz around that than you’re ever going to sell.

Viper is the best example ever. We sold 760 of those last year. Do you know that there was 4 million people that came to our Viper website? Think about that funnel from 4 million down to 760. That’s what a halo is, be it a Viper or be it a Hellcat.

A week ago, an article came out that said a comment made by another company in the press was worth $5 million in PR value. (This is in reference to the Chevrolet marketing team’s quick response to a regional manager’s awkward presentation of a Colorado pickup to the World Series MVP—Ed.) I ask, if a single comment can be worth $5 million, what’s Hellcat buzz worth? Because this was a one-line thing done in an interview that had a viral effect for 48 hours, Hellcat has been a hot topic for months.

Well, I can tell you that the logo is huge. My 15-year old daughter–who is not into cars but into design–loves the Hellcat logo.

Excellent. I’m driving a Charger Hellcat right now with snow tires on it just so that I can say that I drove it through the winter.

Part 2 of our interview with Tim Kuniskis

Damon Bell contributed to this interview.