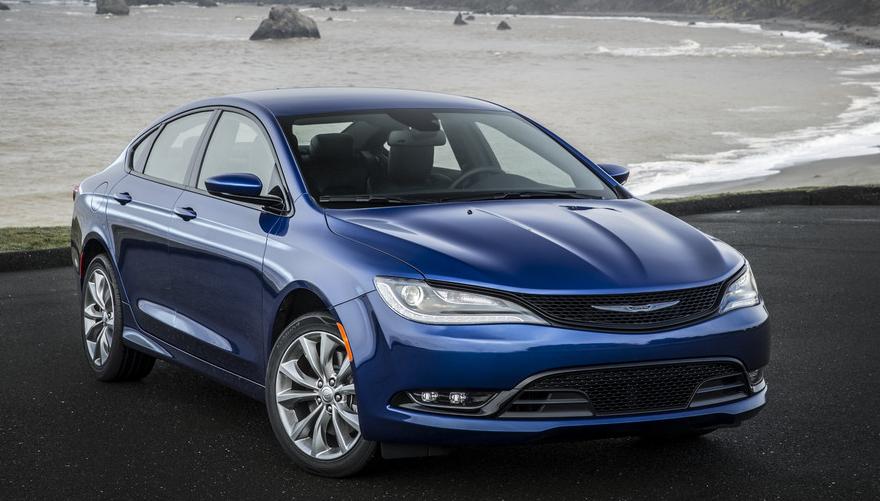 Consumer Guide’s test 200 car arrived in S trim and loaded with options. Our test car came to $34,065 all told.

The not so good: Mediocre fuel economy with V6 and AWD

Considering the state of Chrysler’s midsized sedans in the last decade or so—the nondescript Sebring, the better but still-lagging first-generation 200—the all-new 200 for 2015 is a vast improvement.

On the all-wheel-drive 200S model with V6 that Consumer Guide® tested, this driver found it to be an eager and highly competent performer. The interior offers a pleasing ambience with good room and a fair number of passenger-friendly touches.

John and Tom were both impressed by the 200’s cabin.

A 2.4-liter MultiAir2 4-cylinder engine is standard across the board, but the 3.6-liter Pentastar V6 comes with AWD-equipped 200s. This 295-horsepower engine has impressed us in other Chrysler products, and it does here, too. It is paired with the corporation’s new 9-speed automatic transmission, which, to this driver, worked fine with this engine over several days of commuting. If anything did raise an eyebrow, it was fuel mileage. I saw 21.46 mpg after a 160.6-mile stretch, with 58 percent of that under city conditions. That’s just OK, not rooftops-shouting great. (The EPA rates the V6/AWD 200 at 18 mpg city/29 mpg highway, with a combined rating of 22 mpg.) In what’s ostensibly a fuel-saving tactic, the all-wheel-drive system automatically shifts all driving duties to the front wheels when it deems traction needs can be sufficiently addressed by them. I doubt that my urban-expressway back-and-forth called for much AWD assist.

The sport-suspension-equipped test car was a responsive handler with a smooth ride (on the optional 19-inch alloy wheels) and pretty good bump absorption. The 2015 200 is the latest U.S. Chrysler Group vehicle to be based on parent Fiat’s Alfa Romeo Giulietta platform. It features an independent multi-link rear suspension.

The new car’s interior is also better than the Sebrings and 200s of recent vintage. CG’s had a somewhat severe overall look inside: mostly black, but with areas of dark-blue satin-finish plastic on the console, door panels, etc., that matched the leather portions of the cloth-and-leather seats. The covering on the upper door panels and the top of the dash has some “soft-touch” give, but still trends toward the plasticky. Gauges are nice and legible, and the 8.4-inch touchscreen included with the optional upgrade to the standard Uconnect infotainment system displays well. The fabric/leather seats are attractive and supportive, with well-defined bolstering to hold occupants in place. 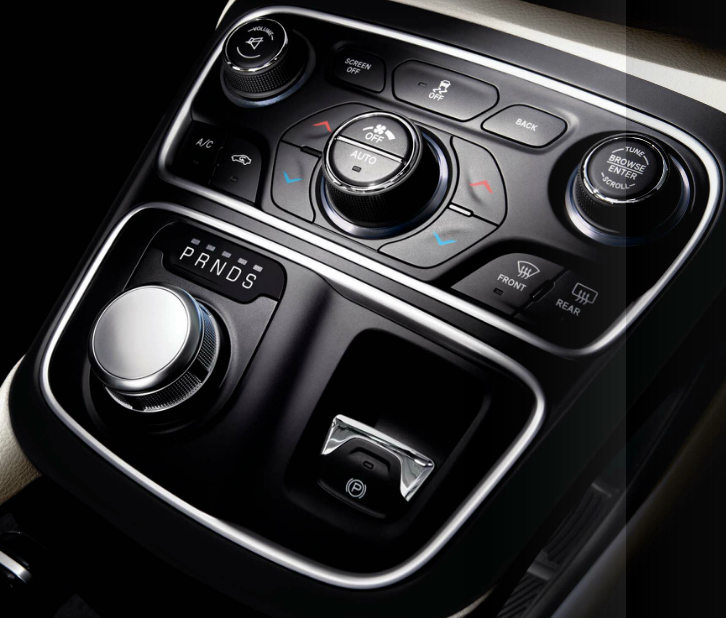 Tom appreciates the the low angle of the center console, which provides for an reach to the shift knob and climate controls.

As long as front-seat occupants aren’t especially tall and need all the available leg room, four adults can fit with ease. (The middle-rear position would be a tight fit for a 5th grown-up.) The headliner is shaped to maximize head room front and rear—though it’s better in front than it is in back.

Taking on Honda and Reaching Upmarket: A Chat with Chrysler Chief Al Gardner

Thoughtful touches for passengers include a two-chamber console space—a deep portion under the padded arm rest (with a built-in light), and another under a sliding cover on the console itself. One hang-up: This sliding cover contains two cup holders, so putting a drink down cuts off access to the bin beneath, where USB and power ports reside. Climate-setting dials and the rotating gear-selector knob rest on a panel that angles up from the center console, leaving the space below available for storage in a tray down near floor level. There’s a small glove box, but pockets in all 4 of the doors have bottle holders. Pouches on the back of the front seats assist rear passengers, as does a pull-down arm rest with a shallow covered bin and 2 cup holders.

The trunk is fairly large and nicely shaped to maximize cargo capability, though the hinges are uncovered goosenecks that extend into the space. There’s a bit of a lip to get over in order to reach the trunk’s flat floor. Divided rear seats fold for added space, though not at the same level as the trunk floor.

Second from the top of the 200 clan, the S starts at $28,695 with all-wheel drive. (A front-wheel-drive variant is $4200 cheaper.) That includes the aforementioned drivetrain and chassis features, plus things like brake assist, electric power steering, air conditioning, Uconnect with a 5-inch screen and voice recognition, satellite radio, Bluetooth connectivity, leather-wrapped steering wheel on a tilt-telescoping column, black-chrome interior accents, 8-way adjustable power driver’s seat, LED ambient interior lighting, and fog lamps. Some of the add-ons that drove the price of CG’s test car to $34,065 with delivery included blind-spot and cross-path detection; a “Navigation and Sound Group” that also features the enhanced Uconnect; and a “Comfort Group” with dual-zone climate control, heated steering wheel, and heated front seats.

You don’t have to spend that much. Careful combing of the 200 options list should yield a comfortable, useful, and affordable car. It may not lead the field in every specification, but what you’ll wind up with is a nice midsize sedan that’s a clear leap forward for Chrysler—and its customers—in this segment.

John summed things up nicely. An additional thought: The 200 is one of the least derivative new vehicles I’ve driven in a while. So much feels fresh about this vehicle that it reminds me why I love my job. 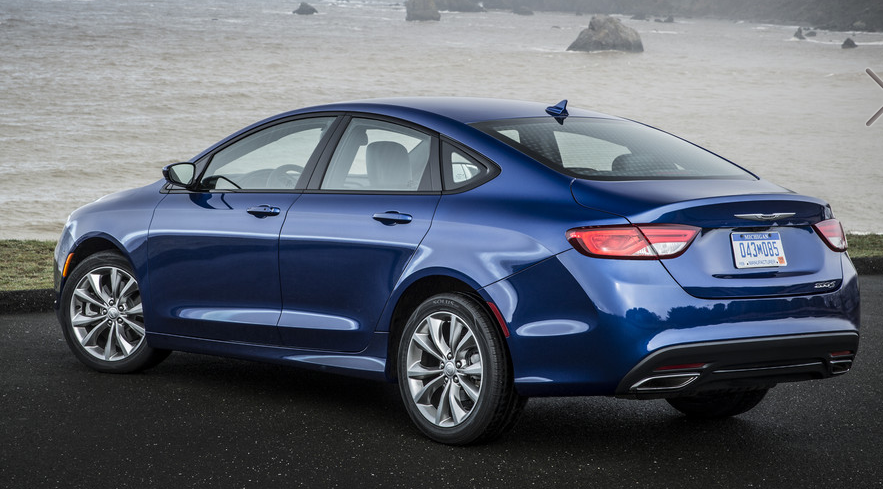 While I’m not blown away by the exterior styling, I flat out love the interior. Somehow the cabin feels both roomy and clubby, a sensation enhanced by the wide, but low, center console.

Kudos to Chrysler for laying the console low and flat, as it both looks cool, and makes many of the controls so much easier to reach. And more kudos for running with the colored plastic trim pieces. Places were you might have found plasticky wood you find, at least in our test S, interestingly textured plastic trim elements that nicely compliment the cabin.

With the V6 the 200 is plenty of fun to drive, with meatier, more-responsive steering than you’d expect from a car in this class. The handling, too, is more buttoned down most other non-premium midsize sedans.

You can find more rear-seat space in a Honda Accord, Nissan Altima, or Toyota Camry, but the 200 matches or trumps those cars by most other measures. Nice car.

Motoring to the Motor City: Rick Takes the Chrysler 300 for a Long Drive