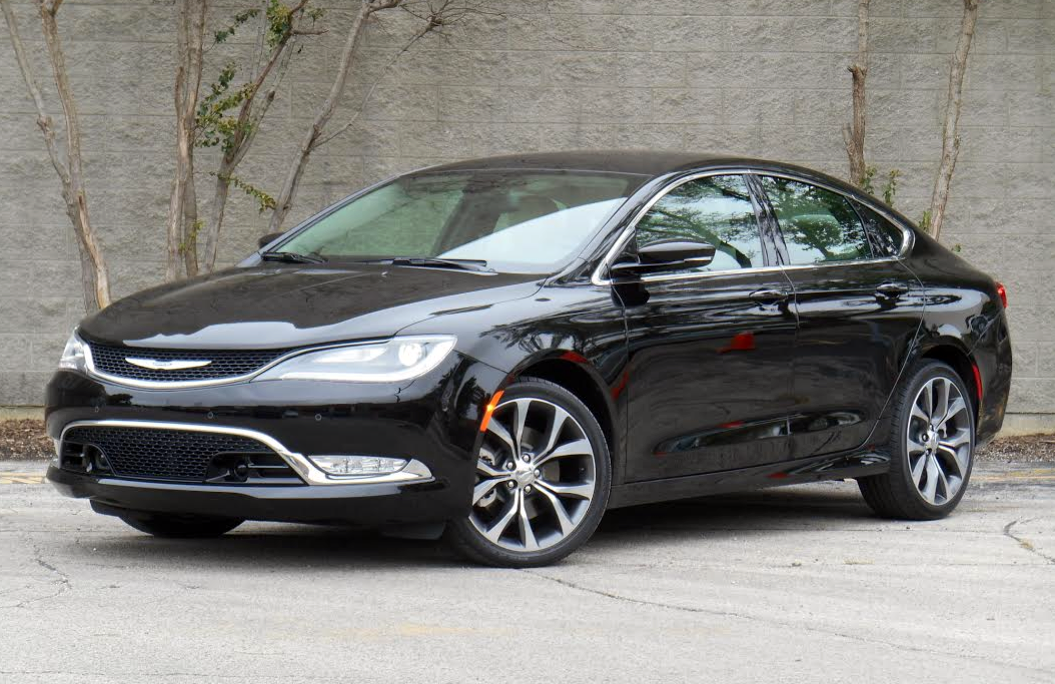 The Not So Good: The not so good: Mediocre fuel economy, stingy rear-seat space

Don’t you hate it when you go for ice cream at a place with so many interesting flavors that no matter what tasty choice you make you still can’t help but wonder what you might be missing? Don’t you love it when somebody who ordered something else lets you have a lick of theirs to sate some of your curiosity? 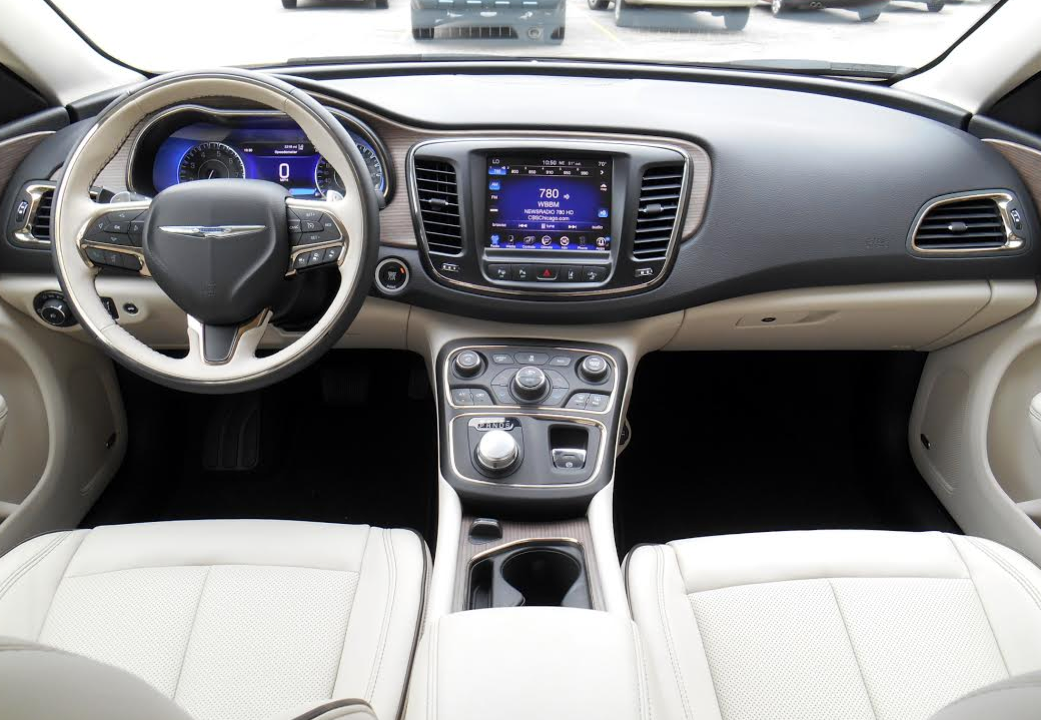 The 200’s cabin looks and feels high end, but some testers found the level of trim detail a bit fussy.

That’s kind of what happened to Consumer Guide® editors who recently got a lick of a different flavor of the all-new-for-2015 Chrysler 200. Having first driven the sport-themed S model, they followed up with a stint in the more luxury-laden 200C that differed more in detail (and price) than in on-road behavior.

Both CG 200 test cars were equipped with all-wheel drive, which means that they also featured the 295-horsepower 3.6-liter Pentastar V6 with the corporation’s new 9-speed automatic transmission. Power delivery was similarly lively in the 200C, where rotating the electronic shifter dial to “Sport” mode induced snappier response and acceleration. Selecting Sport activates performance-tuned modifications to the throttle and transmission shift points.

Except for those moments when it’s being pushed hard, the V6 is fairly quiet and smooth-running. However, in our experience, it’s also a little thirstier than expected. The EPA rates the V6/AWD 200 at 18 mpg city/29 mpg highway, with 22 mpg for a combined-mileage estimate. This driver recorded 20.50 mpg following a run of 163.6 commuter miles, 66 percent of which were under city driving conditions—nearly 1 mpg worse than he saw when driving the 200S for almost the same distance.

In addition to its effect on the engine, Sport mode firms up steering, taking out a little loose play on-center at higher speeds. (It also automatically deactivates traction control, but drivers can manually engage with the press of a console button.) Our test car, equipped with optional 19-inch alloy wheels, rode a little on the soft side, though not annoyingly so, mostly pattering over bumps with a nod of the nose. 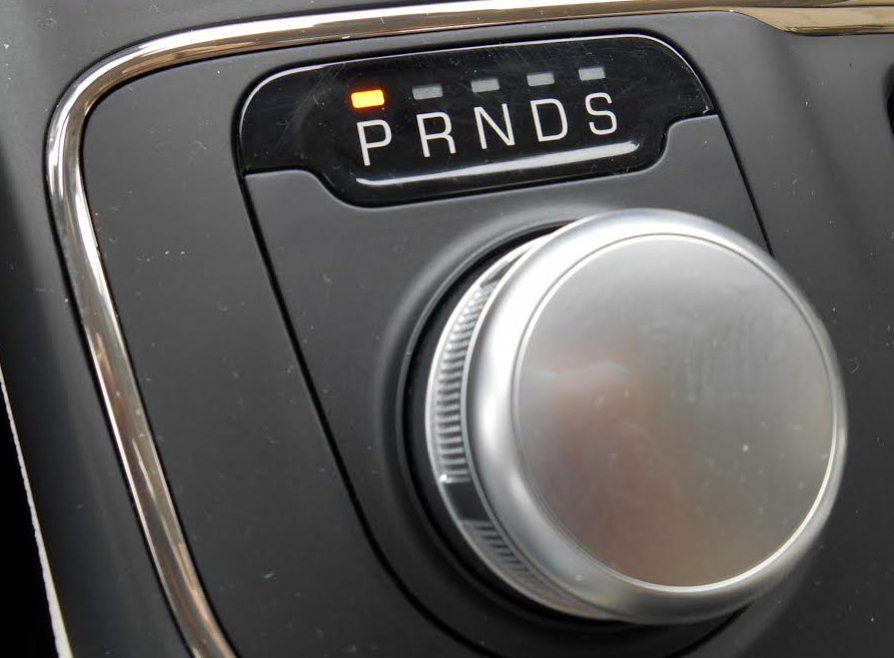 The 200’s 9-speed automatic transmission is controlled by a rotary dial.

Perhaps the most drastic departure between the 2 test cars was inside. The 200C’s expressive Black and “Linen” (an extremely light tan) ensemble was far removed from the moodier black/dark-blue combination we encountered in the 200S. In general, the C’s materials were of a higher grade: premium-leather on the seats, genuine wood accents on dash and doors, “bronze chrome” accents throughout. Frankly, all this (included in the Premium Group option package) was a little fussy for this tester’s taste. Consider that the steering wheel was 2-toned, with black leather around the outer edge of the rim and Linen leather on the inner half, divided by a fine ring of chrome. Chrysler apparently knows how to bring the bling.

Otherwise, our experience of the 2 variants of Chrysler’s midsize sedan was fairly similar. To recap, upper door panels and the top of the dash have some padding, but areas like the console and lower doors are hard plastic. Gauges are legible, and the 8.4-inch touchscreen that comes with the extra-cost upgrade to the standard Uconnect infotainment system displays well. Four adults can fit with ease. There’s a 2-chamber storage space in the center console, albeit with a sliding cover with 2 cup holders, so putting a drink down cuts off access to the bin beneath—and to the USB and power ports. Other interior storage comes from a space near floor level below the console, a small glove box, pockets (with bottle holders) in all 4 doors, pouches on the back of the front seats, and a rear pull-down arm rest with a shallow covered bin and 2 cup holders. The trunk is fairly large and nicely shaped, and divided rear seats fold but not fully flat. 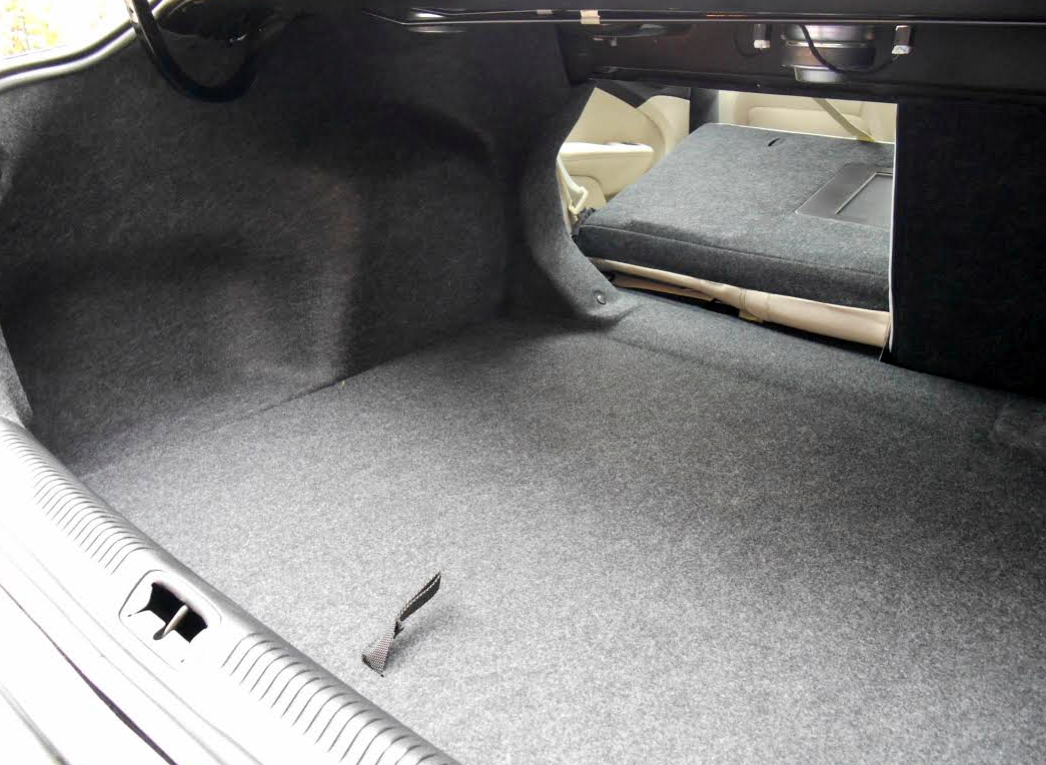 The 200C that we drove stickered at a considerable $36,365 with delivery, but it was freighted with technology, comfort, and convenience option groups for us to sample. Still, even the base price cracks $30,000. You don’t have to spend macadamia-nut triple-fudge-ripple prices to enjoy the Chrysler 200 when it still tastes pretty good as French vanilla with sprinkles.