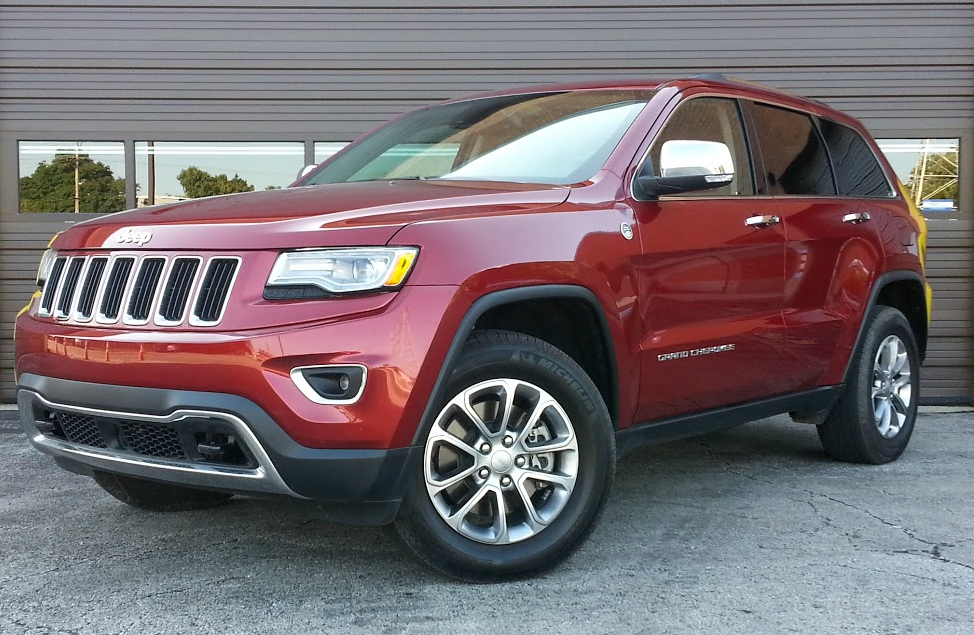 The not so good: Diesel engine louder than Audi, BMW, and Mercedes offerings

If your vehicle-shopping Venn diagram includes the categories “diesel economy,” “Jeep Grand Cherokee,” and “lowest cost,” the circles are going to coalesce around the Limited with the EcoDiesel V6 engine. The Limited is the cheapest of the three Grand Cherokee trim levels in which the optional 3.0-liter turbodiesel powerplant is available, with starting prices of $37,065 for 2-wheel drive or $39,065 for 4-wheel drive, plus another $4500 for the package that includes the EcoDiesel mill. 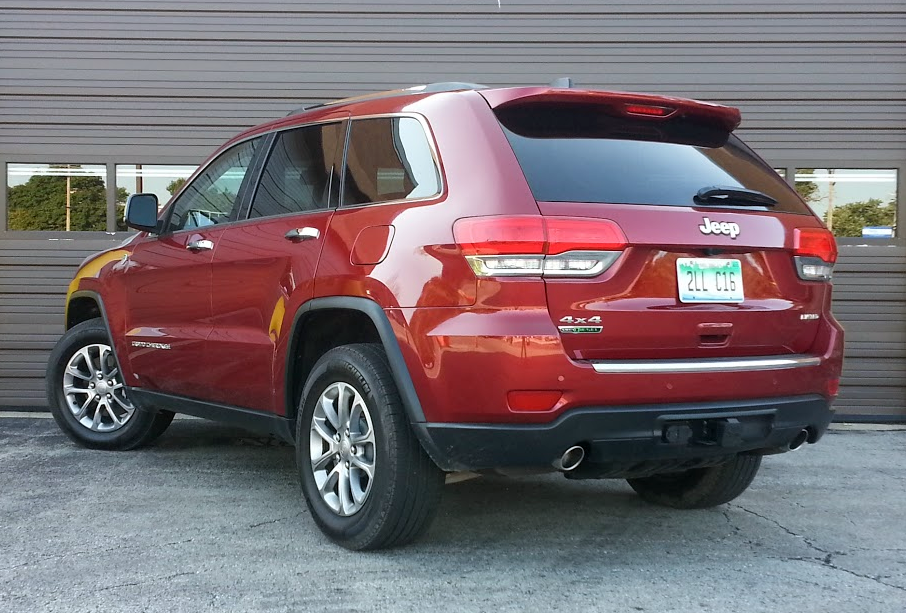 At $4500, the EcoDiesel engine doesn’t come cheap. Owners should see some of the money returned at trade-in time.

Of course, a buyer will probably be hard-pressed to leave a dealership with a $42,000 or $44,000 vehicle—not when there are a lot of enticing options available. Indeed, the Limited EcoDiesel 4×4 that Consumer Guide® tested was festooned with three more option groups, a dual-screen video entertainment system, and upgraded Uconnect infotainment with navigation for a delivered price of $54,795. Not every Grand Cherokee Limited will come that gilded, but that just goes to show how far afield you can get in the showroom even before your Jeep takes you far afield in the boonies. 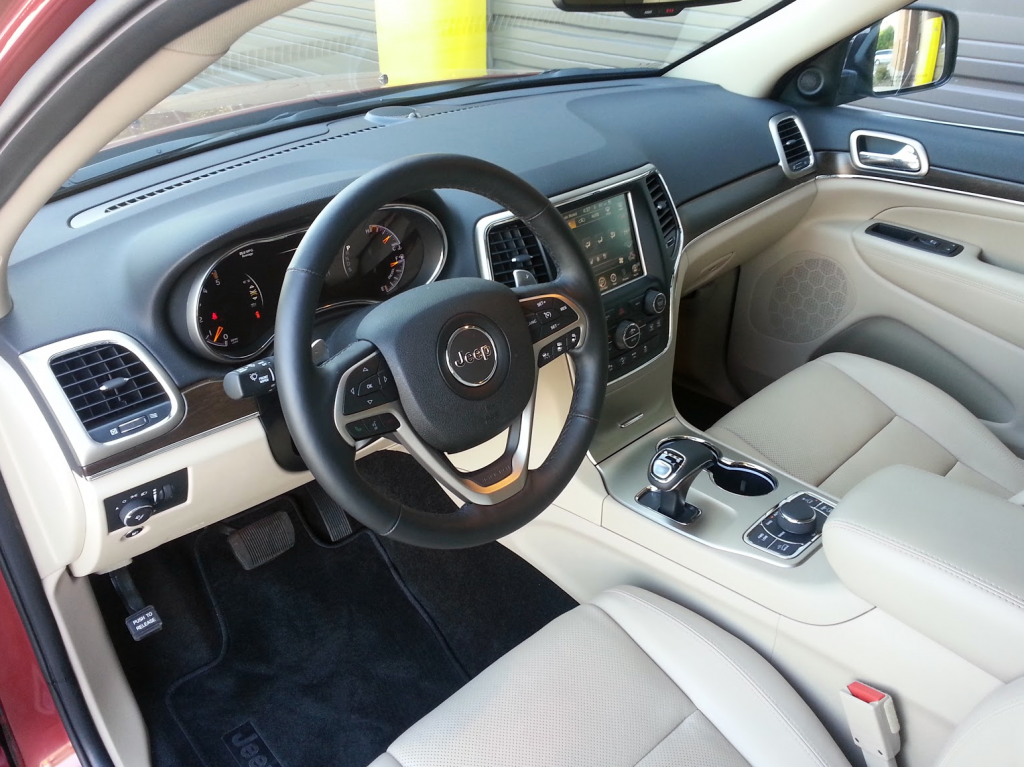 In Limited trim, the Grand Cherokee’s cabin rivals those of luxury-brand competitors.

The priciest single add-on to CG’s test vehicle was the 240-horsepower turbodiesel V6, which is the only diesel available in the midsize sport-utility-vehicle segment. Built in Italy by VM Motori, this engine champions strength over speed. There’s pull right away from a standing start but any true sense of acceleration takes a few moments to build. The EcoDiesel spins up a peak 420 lb-ft of torque, and gives the Grand Cherokee a 7400-pound towing capacity. While the Jeep flagship is commendably quiet in general, it can’t wholly filter out clatter from the engine that seeps through under acceleration or at idle.

At least the turbodiesel engine and 8-speed automatic transmission make the Grand Cherokee a little stingier with fuel. Four-wheel-drive jobs are rated by the EPA at 21 mpg in the city and 28 mpg on the highway. This driver averaged 22.43 mpg in a turn in the truck that covered 158.9 miles, 68 percent of it under city driving conditions. That’s not too far off the EPA’s 24-mpg combined-mileage estimate.

Ride quality delivers carlike comfort. Steering was responsive, and handling was fairly uncomplicated, though brisk lane changes and sharper bends in the road revealed some tendency for the Grand Cherokee to be slow in shifting its weight. Braking was secure; indeed heavier-duty brakes (and engine cooling) are part of the diesel-engine package.

The jump from the base Grand Cherokee Laredo to the Limited comes with heated seats in both rows, a heated steering wheel, 18-inch polished-aluminum wheels, a power liftgate, back-up camera, surface-matching Selec-Terrain drive modes, and Quadra-Trac II 4-wheel drive with selectable low range. However, on the Limited that CG tested, this last item was replaced by the Quadra-Drive II system that is included in the Off-Road Adventure II option group. Quadra-Drive II adds an electronically controlled limited-slip differential. 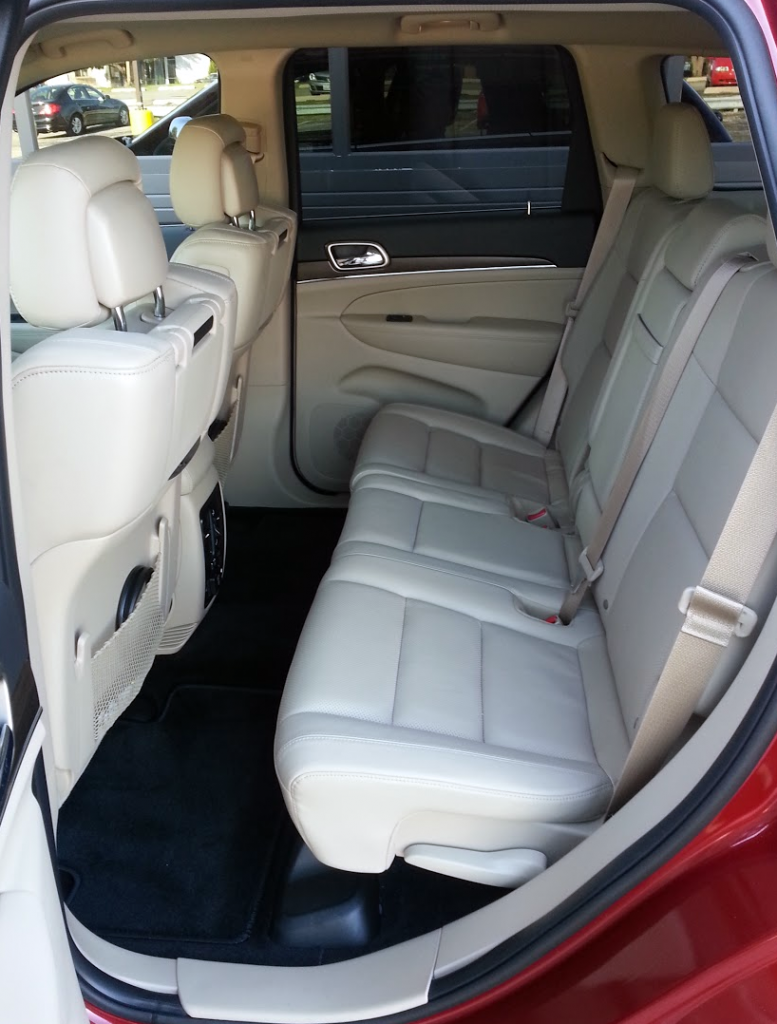 Second-row space is better than adequate, though tall occupants may be squeezed when positioned behind tall front-row passengers.

As in other Grand Cherokees that we’ve tested in recent years, the interior of this one was comfortable and roomy for front-seat occupants—though the perforated-leather upholstery struck this driver as a little too slippery for optimal passenger grip. There’s good 2nd-row leg room, too, though we could see taller front passengers tightening that up to a noticeable degree when they track back their seats. A negligible central floor hump opens up the possibility of a 3-person squeeze across the rear seat, even if the middle passenger will be riding slightly knees-up while resting against an unyielding portion of the seat back. Rear seats have reclining back rests. Step-in is a little high; visibility in most directions is not bad.

Controls display well, and include a large vehicle-information display between the speedometer and tachometer dials. The audio system is a snap to program and access on the big 8.4-inch screen that replaces the standard 5-inch screen when one of the upgraded Uconnect systems is ordered. Amazingly, Fiat Chrysler products manage to do this without the “help” of some remote central controller with arcane rituals for locating and activating vehicle comforts and conveniences. Second-row occupants have their own seat-heat switches and twin USB ports built into the back of the center console.

Interior storage up front is varied and accommodating with pockets and bottle holders in the doors; 2 console cup holders; a small covered bin for electronic devices at the front of the console; and a big glove box. The extra-cost 2nd-row entertainment system added to the Limited that CGers drove puts a Blu-Ray/DVD player in the covered console box, which eats up most storage space. (Video screens flip up from the tops of the front seat backs.) Rear passengers are allotted 2 net pouches, bottle holders in the rear doors, and a pull-down center arm rest with a pair of cup holders.

Rear cargo space is quite good, even if liftover is a bit high. There’s some space around the spare tire under the flat, carpeted load floor, plus a shallow open bin at the left. Tie-downs are built into the floor to help secure loads, and a handy flashlight snaps into a charger built into the left sidewall. Rear seats fold in a 60/40 split for added cargo room. They drop nearly flat with hinged panels to smooth the transition from the cargo floor.

Drivers in some need of extra grunt for towing with seating for up to five will find it in the Jeep Grand Cherokee with EcoDiesel. They’ll find it for the lowest cost—if they’re careful—in the Limited. 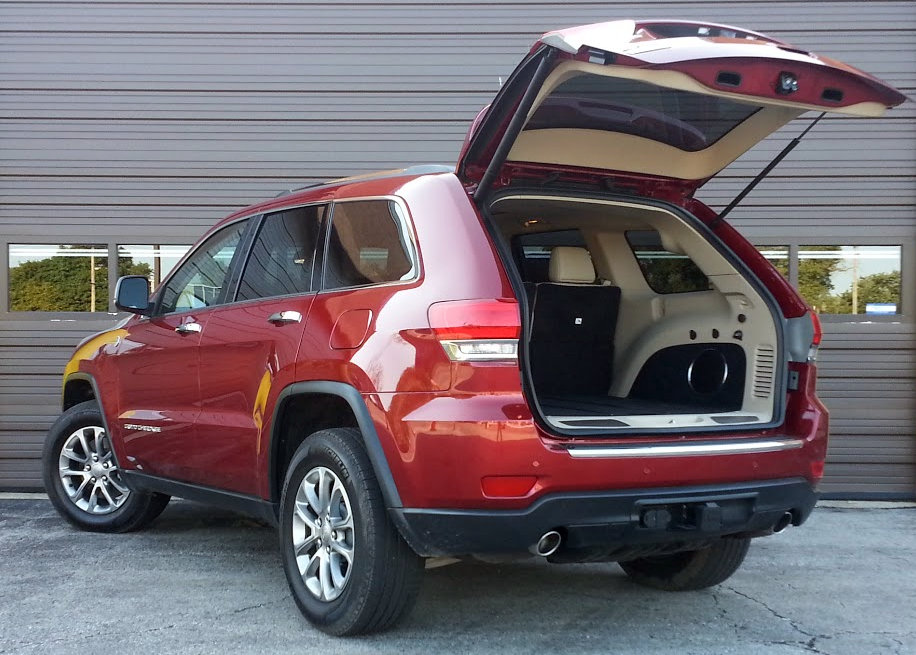 There’s plenty of cargo space in Grand Cherokee, though the liftover height is high enough to complicate loading heavier items.

As priced, our test Grand Cherokee really crosses the line into premium-vehicle territory. That’s fine, as the GC’s content and cachet support that status. Shopping this largest Jeep against a BMW X5 or Mercedes-Benz GLE makes perfect sense to me.

As for the EcoDiesel engine, it’s not quite as quiet or smooth as the best V6 oil burners from Europe, but it’s close. That said, it’s plenty potent, moving this big rig with authority.

If you’re looking for a luxury SUV, I strongly suggest you add a well-equipped Grand Cherokee to your test-drive list. 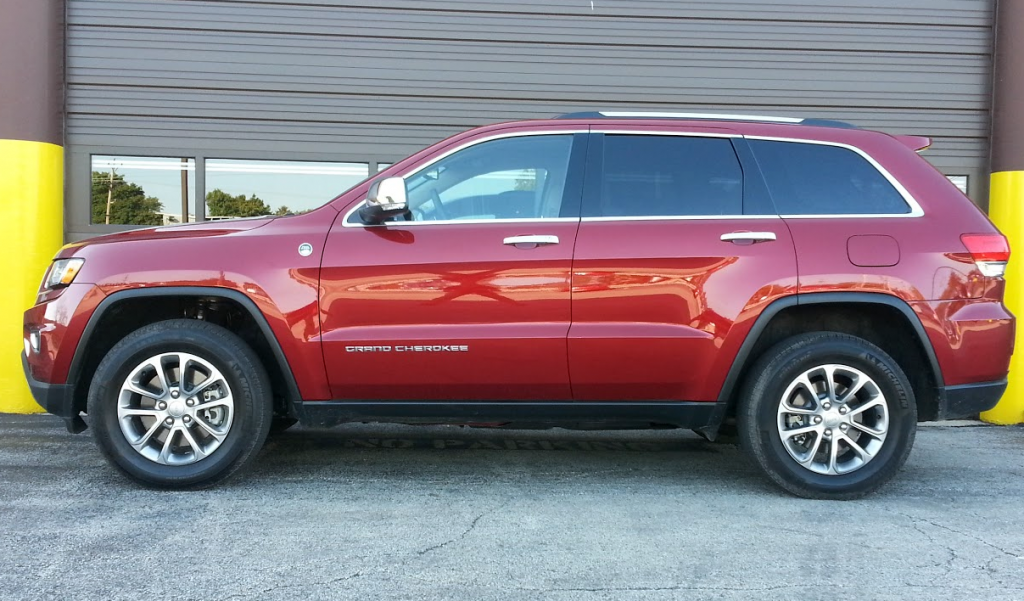 Though luxuriously appointed, our test Limited is subordinate in the Grand Cherokee lineup to the even more opulent Overland, which is about $7500 more expensive.