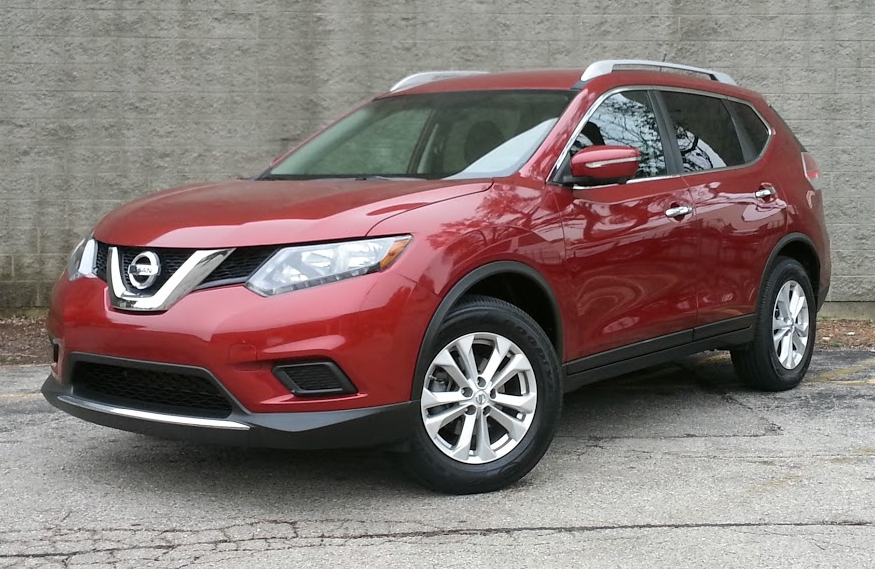 The Good: Plenty of features for the price

The not so good: Key safety features lumped into single package

If you need to drive something with close to off-road-SUV capability, and you need to buy it before your ship has come in, let’s say, then it makes sense to look into the Nissan Rogue SV. The middle entry in a three-tiered lineup, the SV delivers all the key qualities that this family of compact crossovers has to offer at a manageable price. 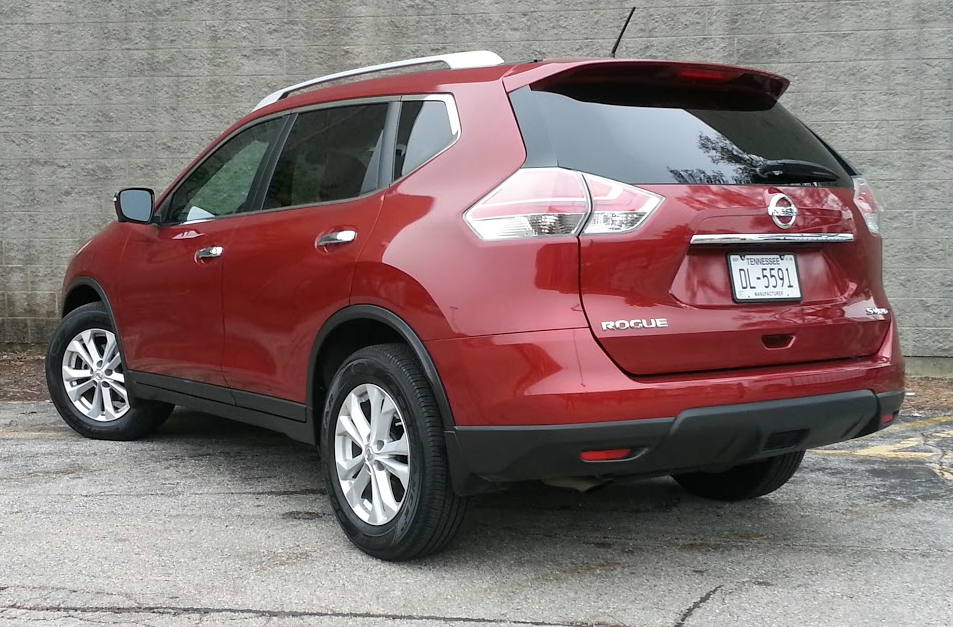 The example evaluated here represents Consumer Guide®’s second crack at a Rogue SV. Rick Cotta reported on a front-wheel-drive version of this 2015 CG “Best Buy” early in the model year. Now an all-wheel-drive job has passed through our hands. At $25,840 to start, the AWD model is $1350 more expensive and 132 pounds heavier than the front-driver. Along with the ability to hook up two additional driving wheels, the AWD Rogue also adds hill-descent control. Fold in options—splash guards, floor mats, and the big-ticket SV Premium Package—and the price of our tester with delivery was $28,680. That’s less than the base price of the leather-lined Rogue SL AWD that CGers sampled in 2014. 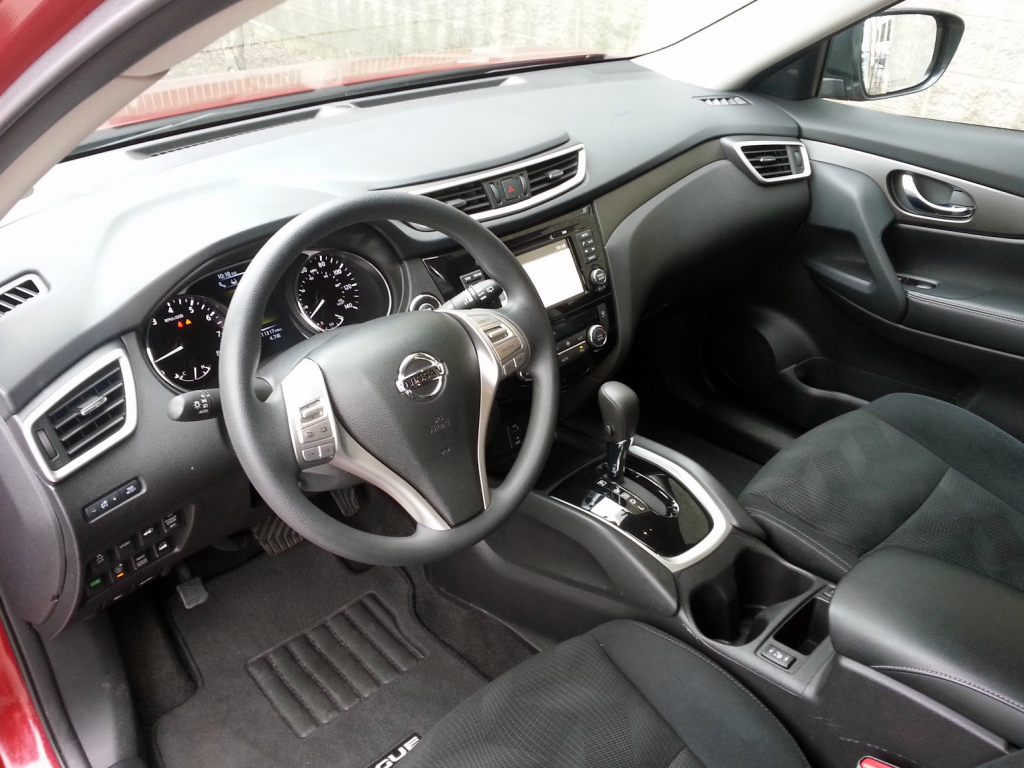 Standard in two-row models (kid-friendly third-row seating is available, a rare feature in the Rogue’s class) is the “Divide-N-Hide” cargo system. A couple of movable floor panels can be slotted in at different heights to reconfigure the fairly ample cargo hold, and create hidden storage spaces. Second-row seats fold in a 40/20/40 split, and one of the placement possibilities for the cargo-floor panels matches with the folded seats to form an uninterrupted platform.

While not as plush as the materials in the top-end SL, the SV’s hardy interior surfaces avoid coming off as cheap or stark. The textured cloth upholstery has a nice feel to it. Pliable soft-touch areas are found on all four door arm rests, and there’s give to the dash pad and tops of the front doors. (Rear doors, however, feature stiff molded-plastic panels from top to bottom.) A few bits of brightwork on the steering wheel and instrument panel raise the bar a bit, too.

As for fuel economy, in this test, two drivers teamed up to cover 169 miles, at the end of which they averaged 28.2 mpg. That nudges past the EPA combined-mileage estimate of 28 mpg for an AWD Rogue—not too bad considering that the driving in our recent test was biased towards city-style conditions (65 percent). Posted city/highway ratings are 25 and 32, respectively.

The sole Rogue powerteam is a 170-horsepower 2.5-liter dohc 4-cylinder engine mated to a continuously variable automatic transmission. This pairing makes for lively around-town performance and good enough midrange jump to make highway merging and passing undramatic. Except when pushed hard, the engine is generally smooth and quiet, and even when roused it is not especially noisy as it seeks cruising mode. (Indeed, a persistent wind whistle above 40 mph or so bothered this driver more than engine sounds.) Drivers who want to keep the revs up a little longer can select a “Sport” mode; a new “Eco” setting favors greater economy. 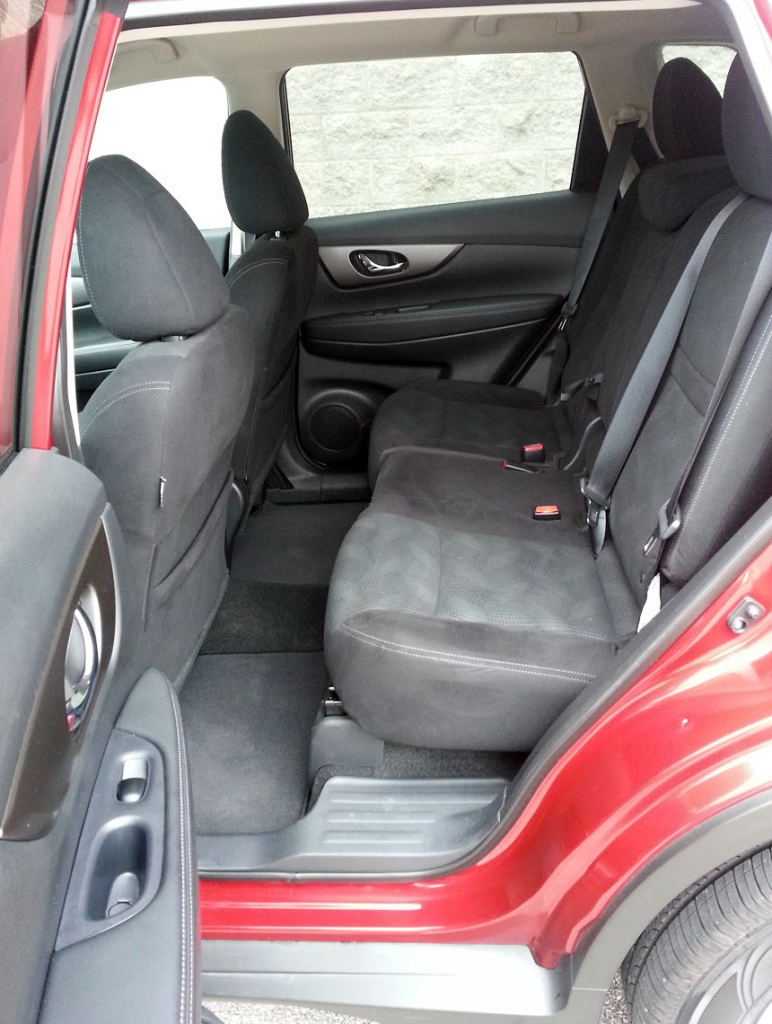 Steering is light and handling is easy, with moderate cornering lean. Smaller bumps, like the pavement joints that this driver encountered on his expressway commutes, were met with a quick rebound and no excess body motions. Braking was prompt and easily modulated.

There’s seating for five in two-row Rogues, though the rear three passengers may be a little close for comfort if they’re all adults. (An unobtrusive driveline tunnel helps out here.) Rear-row passengers sit a little higher than those in front, but head room is still good in back. Leg room isn’t bad, either. Rear seats are adjustable fore and aft, too.

To handle their inevitable stuff, passengers are served by a large glove box, a moderately sized console cubby with an electric power point, two open console cup holders, and a couple of shallow bins, including one under the dash with a USB port and another power plug-in. Rear passengers are provided with pouches in the back of the front seats, plus a pull-down center arm rest with two cup holders molded in. All four doors have pockets with bottle holders in them, though the rear pouches are barely larger than the diameter of a bottle.

Big analog gauges greet the driver, with a legible vehicle-information display between them. Climate controls, a mix of dials and push buttons, are easy to reach and use, as are audio settings accessed through the optional 7-inch color touchscreen.

The extra-cost Premium Package on the test vehicle pumps in a navigation system (with voice-command capability) on the big touchscreen. Other components include an “Around View” overhead monitor, power liftgate, heated mirrors, blind-spot warning, lane-departure warning, moving-object detection, and heated front seats—the last a new feature for the SV Premium Package. 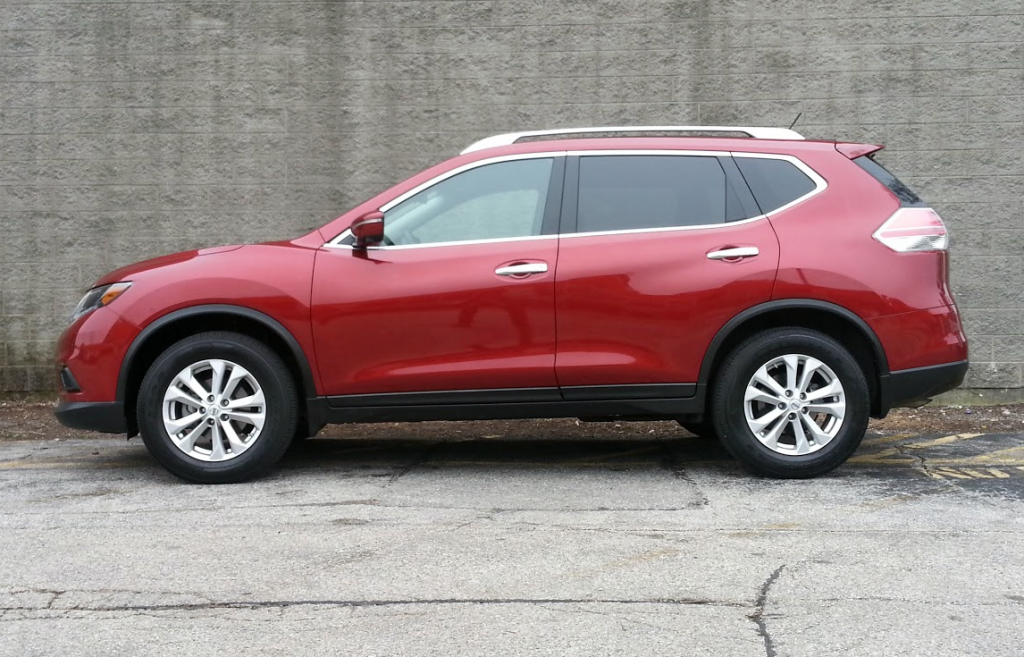 Consumer Guide’s Rogue arrived in Cayenne Red, which is available at no extra charge.