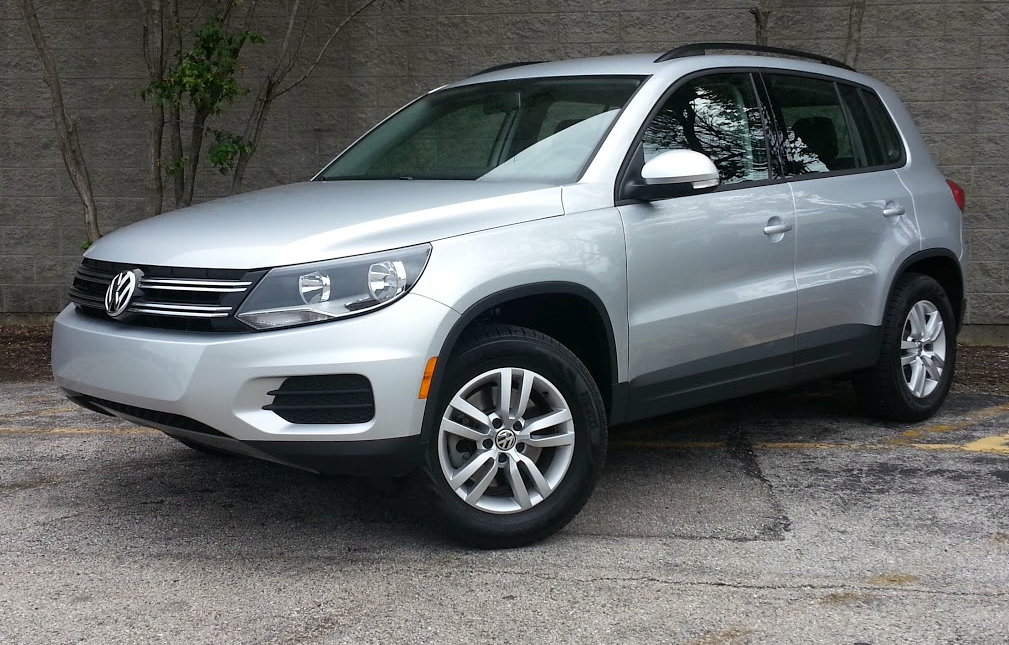 The not so good: Prices run higher than class competitors

If Volkswagen folk saw a light at the end of the tunnel when introducing the Tiguan sport-utility vehicle, they now know that beam was the headlight from an express train. Since the Tiguan’s arrival for the 2009 model year, the “crossover” market has come roaring down the tracks. Many industry observers now expect that these vehicles with a mix of car and sport-ute attributes will eventually become the predominant products of the automotive mass market. 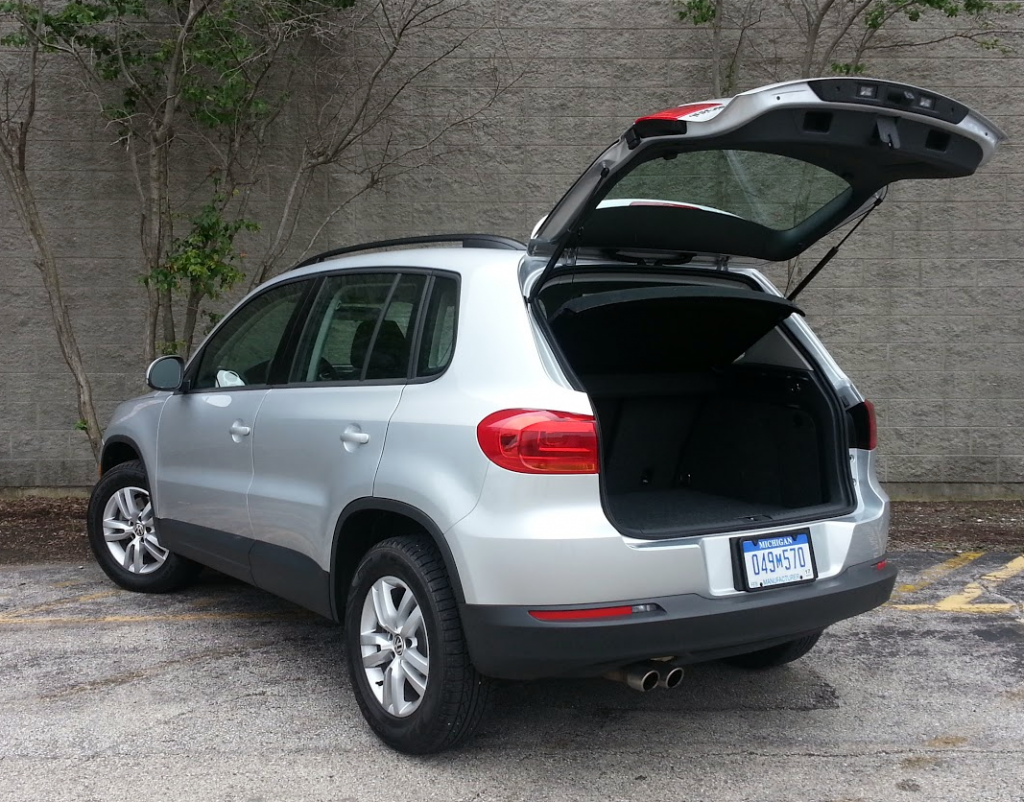 Too bad for the Tiguan that it risks being left at the station. While it remains pleasing to inhabit and drive, the diminutive Vee-Dub crossover finds itself surrounded by newer, often cheaper, competitors with more technology and features. Things will have to stay that way for a while, too: An all-new Tiguan isn’t expected until the 2017 model year.

In the meantime, the Tiguan is doing what it can with what it’s got. For instance, for 2015, the standard-equipment roster for the entry-level S model adds a rearview camera, touchscreen radio, and, in front-wheel-drive versions like the one that Consumer Guide® tested, a 6-speed automatic transmission. (The 6-speed manual formerly standard in the front-drive Tiguan S has been discontinued.) That and the rest of the vehicle’s complement of standard gear, which we’ll get to later, starts at $26,255, plus another $865 for delivery. Snow-belters who deem it helpful to have all 4 wheels at the ready for traction will need to shell out a further $1975 for 4Motion all-wheel drive.

Nothing about any of this added content is groundbreaking. It’s the same stuff that’s been used in other Volkswagens in recent years. When the vehicle is shifted to “reverse,” the rear camera view appears on the same screen in the center of the dash that serves as the display for the easy-to-program-and-operate audio system. The 6-speed Tiptronic automatic transmission is quietly and smoothly compatible with the lively 200-horsepower 2.0-liter turbocharged 4-cylinder engine. With the trans in base mode (a selectable “Sport” mode is included), this tester averaged 23.32 mpg from a trip of 174 miles, 70 percent of that in city driving conditions. Note that the turbo four runs on premium fuel. 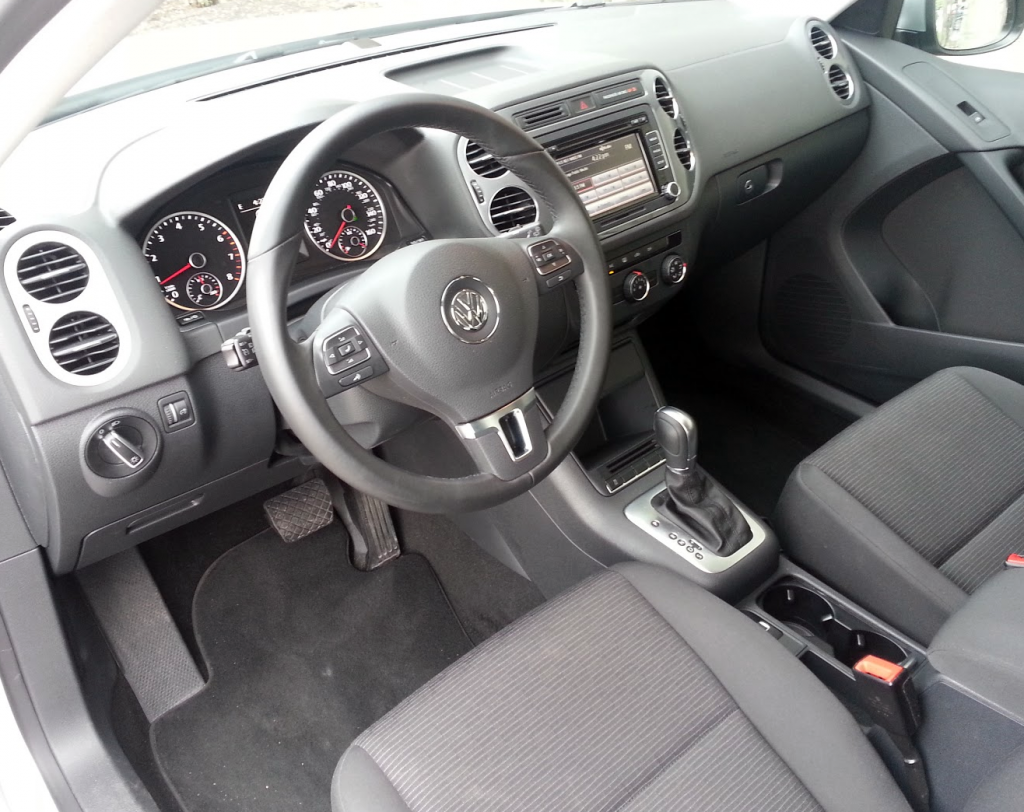 The “part car” side of the Tiguan shows up in its driving dynamics. Ride from the 4-wheel independent suspension is quite smooth over most expressway and city-street surfaces, but cracks and bumps are well managed too. Steering is light and easy, and a high level of quiet is a pleasing bonus.

The “part SUV” character comes out through the Tiguan’s cargo-carrying capability. With all seats up and the rear cover in place, cargo space is probably commensurate with a subcompact sedan’s trunk. Like a sport-ute, however, cargo loads at bumper height onto a flat floor, under which are some spaces for small items to be carried around the spare tire.

With the split rear seats down, there’s lots more room. The seats fold nearly flat (though there’s a narrow gap between them and the rear cargo floor), and if a really long item has to be loaded, the front-passenger seat back folds flat, too.

Personal-item storage space is a little dearer. There’s a pretty-good-sized glove box, but the covered console cubby is really just a space for plugging in devices as most of its room is taken up by an accessory port and auxiliary jacks, but oddly no USB port. There is a narrow slot in the dash right below the climate controls and another slightly larger open bin at the front of the console. A cover can be pulled over the 2 cup holders in the console when they’re not in use. Oddly angled front-door pockets include bottle holders; rear-door pockets do not. Rear passengers have access to a power point and a small storage tray, both built into the back of the center console. A hard-faced arm rest with 2 cup holders molded in pulls down from the center of the rear seat. (As the “20” in the 40/20/40 rear seats, it also serves as a pass-through from the rear cargo bay). 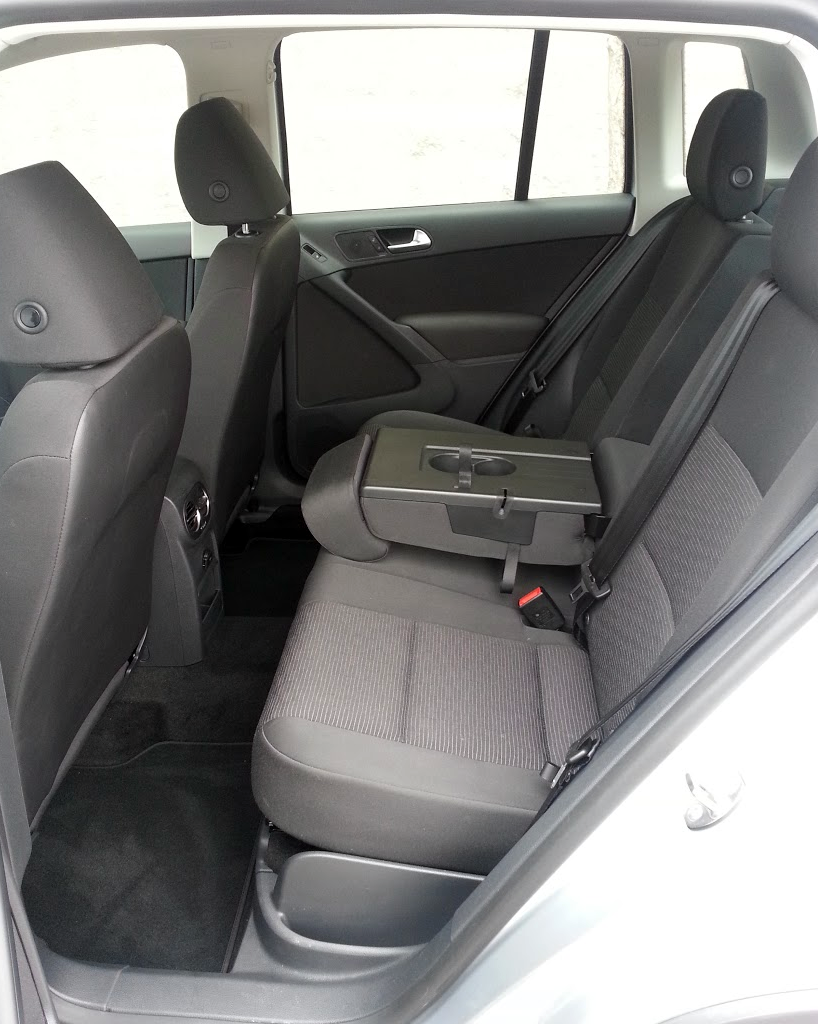 The Tiguan’s squarish wagon body is fairly roomy inside. Leg room is good in front and surprisingly good for adults in back. Head room is generous all around. Tall windows deliver pretty good visibility to all corners, and ingress/egress is easy. Three kids might sit side-by-side in the second row, but a little bit of a floor hump and the slight intrusion of the console will prevent a third grown-up from using the middle.

Appointments in the Tiguan S fall well short of sumptuous but clearly ahead of austere. Padded surfaces are found on the upper half of the instrument panel and high on the door panels. Doors feature cloth inserts, and there’s fabric atop the arm rests and console-box lid. Soft seat cloth features subtle horizontal stripes; seats are comfortably supportive. The steering wheel and shift knob are clad in leather. Instrumentation is conventional VW from recent years, with simple analog speedometer and tachometer dials, a plain but legible vehicle-information readout between the dials, and climate controls governed by 3 easy-to-reach dials. 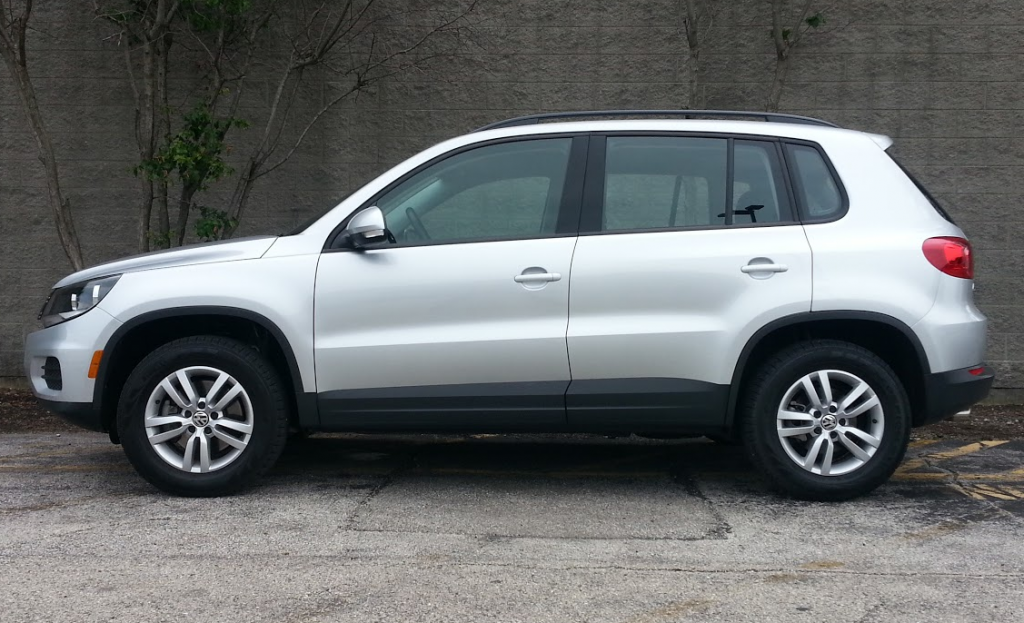 Sixteen-inch alloy wheels are standard on the Tiguan S.