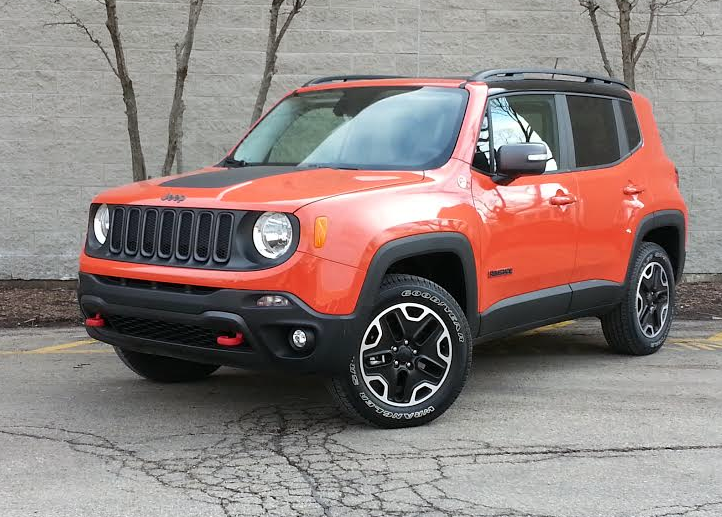 The not so good: Engine noise

The model that sits just below the top of the heap of four-wheel-drive Jeep Renegades is the one that actually has the best chance of reaching the top of a heap of anything else. That would be the Trailhawk.

A Trailhawk like the one that Consumer Guide® test drove starts at $26,495 for 2016. That leaves it a few hundred dollars cheaper than the line-topping Limited but ahead of the base Sport, the Latitude, and the 75th Anniversary and Dawn of Justice special editions. All but the Trailhawk and the Dawn of Justice (a Batman/Superman movie tie-in) are also available in front-wheel-drive-only form. However, of all the Renegade 4x4s, it’s the Trailhawk that gets the proper driveline and ground clearance to make driving far off the beaten path a real possibility. 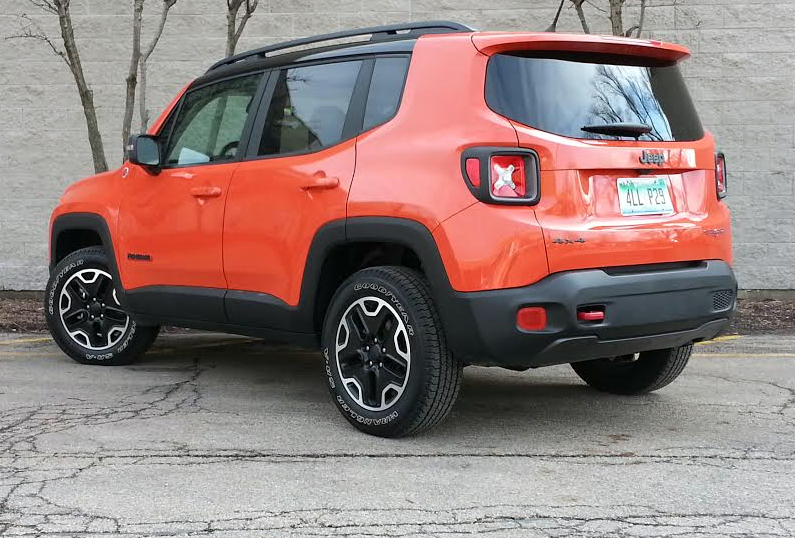 This subcompact-SUV paisan of the Fiat 500X is equipped with Active Drive Low, which adds a 4WD-low range, hill-descent control, and a “Rock” surface setting to the “Auto,” “Snow,” “Sand,” and “Mud” selections found on the Active Drive system used in tamer 4×4 Renegades. (The surface modes are accessed via a rotating dial near the floor, a device that Jeep calls “Selec-Terrain.”) On-road, Active Drive automatically engages the rear axle when conditions such as wet or slick surfaces call for added traction—though a tap on the control dial activates a four-wheel lock that keeps both axles in play if desired. 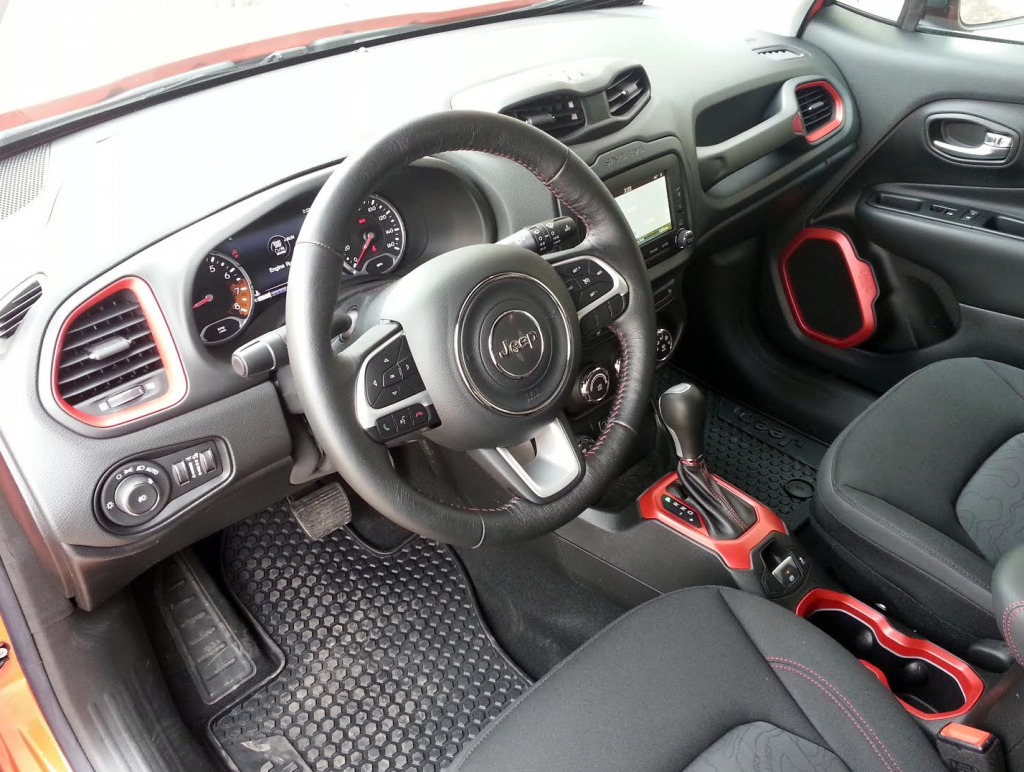 Renegade’s cabin is impressively spacious given the diminutive exterior dimensions, though other vehicles in the class are more nicely finished inside.

Commuting mostly on dry residential streets and urban expressways (there was a little accumulated snow one night), this tester’s drives didn’t ask much from Active Drive. However, the chance to briefly drive a Trailhawk in the Mud setting and four-wheel low over an off-road course some months earlier showed the vehicle had encouraging climbing ability and effective hill-descent engagement.

Other items designed to help the Trailhawk function beyond the bounds of civilization are standard skid plates to protect the transmission, transfer case, fuel tank, and front suspension. At 8.7 inches, ground clearance is almost one full inch higher than in other 4×4 Renegades; approach, departure, and break-over angles are more favorable, too. All-terrain 215/65R17 tires fit 17×6.50-inch alloy wheels. Three tow hooks—two of them in front—are included as well. Still, on-pavement ride and handling aren’t adversely affected for day-in, day-out use.

The Trailhawk’s sole powerteam choice is a naturally aspirated 2.4-liter 180-hp engine with nine-speed automatic transmission. As the Renegade heavyweight champion (at almost 3500 pounds), the ’Hawk gets adequate go from this pairing. There’s some noisiness under determined acceleration, and while the nine-speed shifts unobtrusively on the way up, it can be a little slow on the draw to downshift when this trucklet needs a kick in the pants on the highway. In a test stint of 170.1 miles, 58 percent of that in city-style driving, the Trailhawk returned 20.81 mpg for this driver. That’s just shy of the EPA city estimate of 21 mpg, and quite a bit short of the agency’s 24-mpg combined-mileage projection.

With a wide and low load floor, Renegade makes the most of its boxy shape.

The interior mixes utility with a few sporty, stylish touches. While the top of the dash has some sponginess to it, hard plastic covers the door tops. Seats are upholstered in a sturdy cloth, but are patterned and sport contrast-color stitching. Orange frames that harmonized with the exterior color of the test vehicle surrounded things like the stereo speakers and shifter boot. 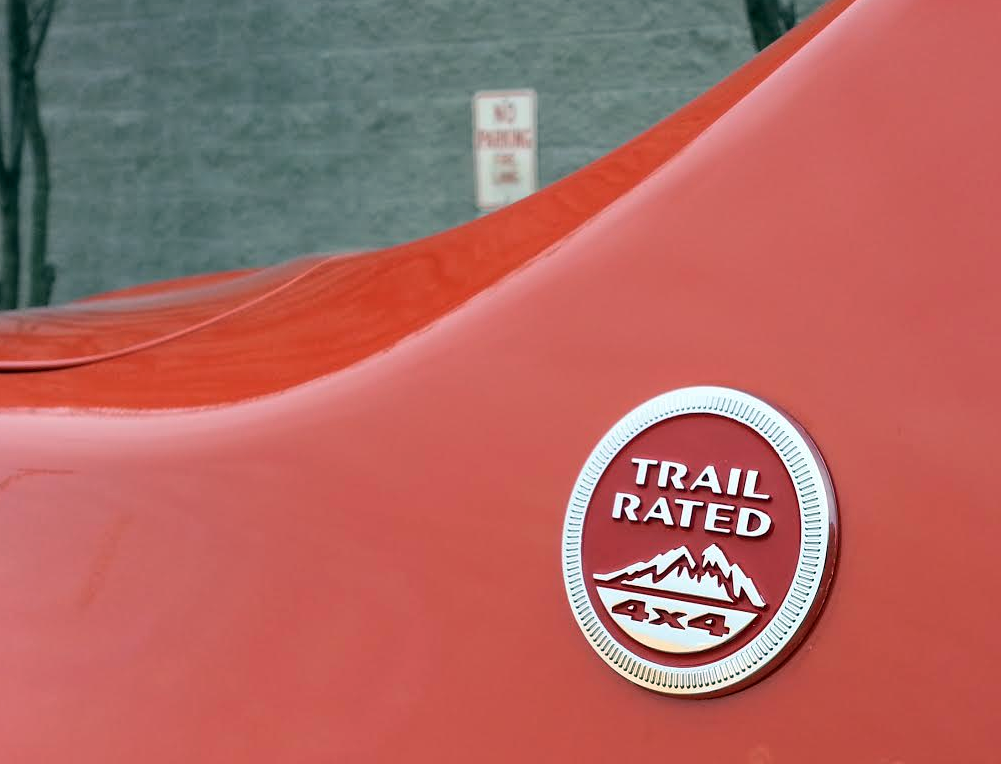 Per Jeep, “The Trail Rated badge on Jeep® 4x4s represents a series of grueling tests that prove its off-road capability on some of the toughest trails on the planet.” The Trailhawk is the single Trail Rated model in the Renegade lineup.

Controls are easy to reach and use, and anyone can quickly figure out how to save and access audio settings. Similarly, the three-dial climate system couldn’t be easier to deal with. The Selec-Terrain dial sits low, below the climate controls, but drivers probably won’t be adjusting this often.

While front passengers enjoy fairly good stretch-out room, rear leg room is dearer, especially behind long-limbed front occupants. Head room is ample in either row. Three adults may fit across the rear seat, at least for a short hop, but two is more realistic. Entry/exit is easy but thick roof pillars all around impede driver vision.

The front doors each have a small pocket with a bottle holder; rear doors have just a bottle holder. There’s a moderately sized glove box, plus a small console cubby that houses a USB charge port. Front passengers also can avail themselves of a small open bin at the front of the console, and two open cup holders. Rear passengers just have pouches on back of both front seats.

As for rear cargo storage, the floor can be configured for flat bumper-height loading, or the panels can be removed to provide a little more load depth. (Even with the panels in place there’s some underfloor space in an organizer around the spare tire.) In either configuration, the Renegade can carry a goodly amount of gear for two people—or a lot of stuff with the rear seats lowered. They fold practically flat with an unbroken transition from the cargo floor. Sure, you can get away from it all in a Renegade Trailhawk—but you can still bring some of “it” with you if necessary. 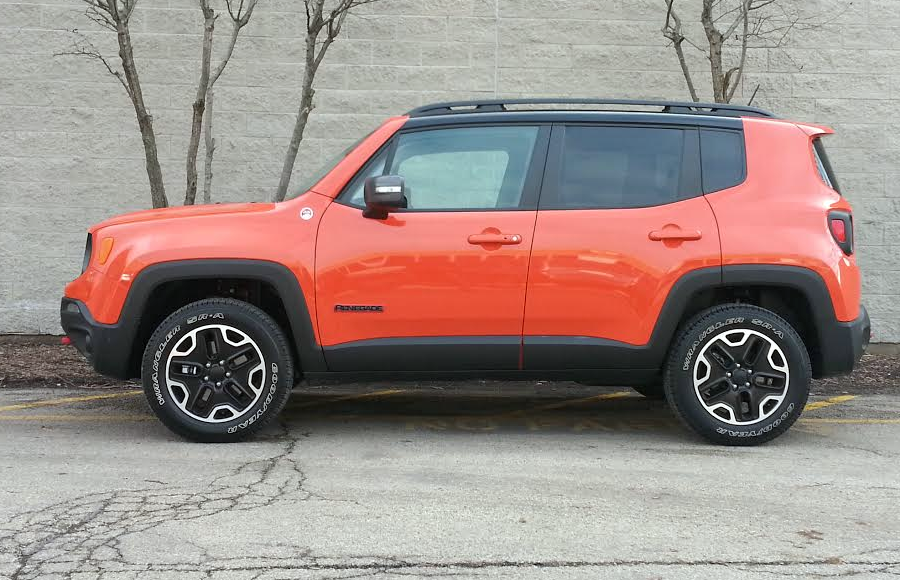 With 8.7 inches of ground clearance, the Trailhawk rides nearly an inch higher than other Renegade models.