Having already compiled a list of my favorite concept cars from the Fifties, I have moved on to the Sixties. If you haven’t already checked out my Fifties and Seventies concept-car picks, please do so. If there are any cars you’d add to this list, please let us know what they are—there are literally dozens of excellent cars to choose from. 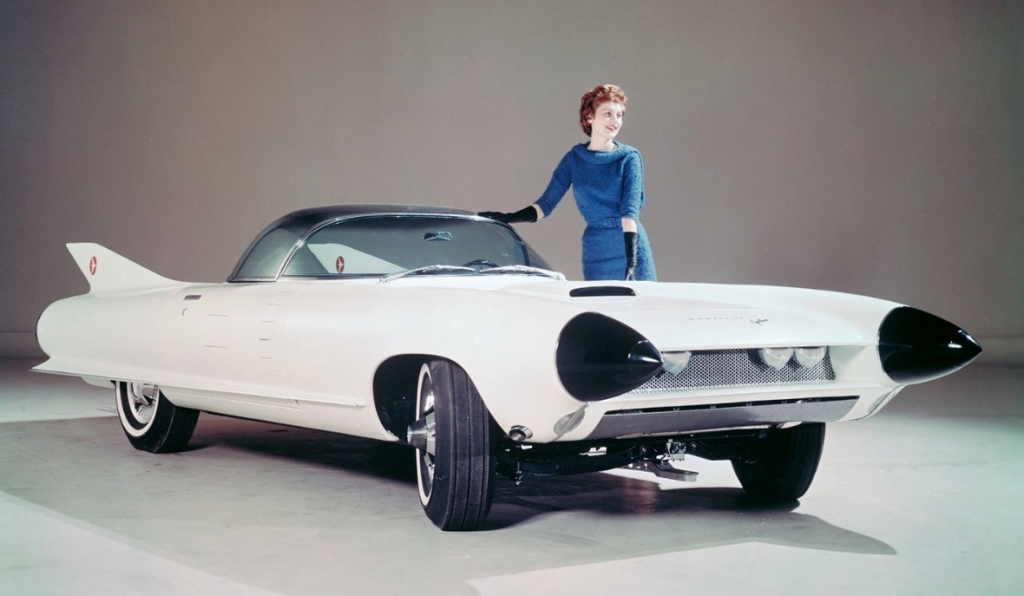 Though technically a 1959—it was first seen at the inaugural Daytona 500 in February—the Cyclone was still on the auto show circuit in 1960. This car was as wild and totally unpractical as any Fifties concept, with its pointed front fenders (or “radar pods,” as Cadillac called them) and lofty fins.

Its huge rear wing predated that 1969 Dodge Charger Daytona and the 1970 Plymouth Superbird by nearly eight years, but every other design feature of this outrageous concept was pure fantasy.

Stiletto was not quite as crazy as the Cadillac Cyclone, though only slightly more practical looking. This was another pointy nosed dorsal finned creation from GM’s Advanced Design Studio.  After a minor restyling job, the Stiletto reappeared as the Pontiac Cirrus Concept for 1969. 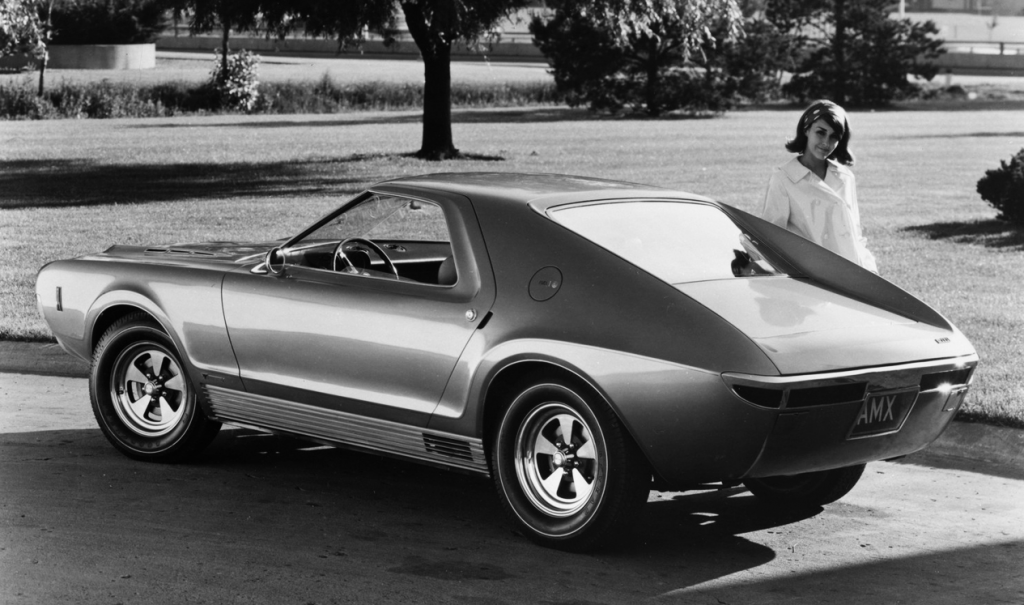 The AMX Concept’s styling wasn’t as far out as my other Sixties favorites, but I like the pillarless windshield, and especially the rumble seat–which sadly would never see production.  For the most part, the AMX Concept appeared production ready. 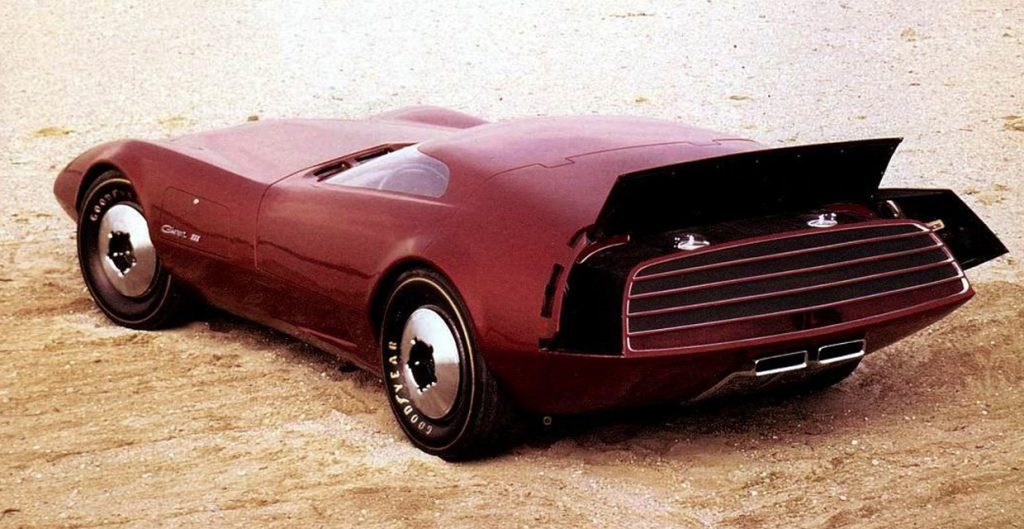 This slick two-seater really grabbed my eye in 1968, and it still does today.  The Charger III sported a top-hinged passenger canopy in place of traditional doors, tilt-away steering wheel and instrument panel, and three awesome hinged air brakes.