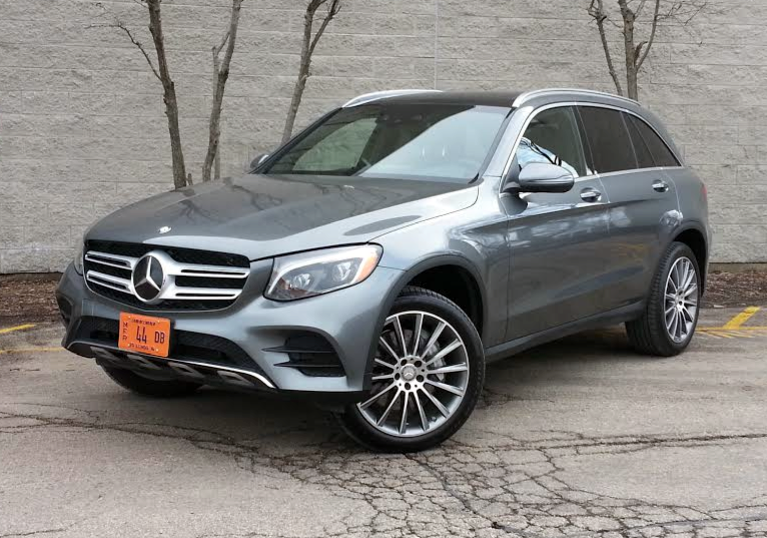 The not so good: Pricey options drive up bottom line

Among the new faces in the premium-compact crossover/SUV class for 2016 is a new name. The Mercedes-Benz GLC300 makes its debut based on the platform of the M-B C-Class sedan that was redesigned for 2015.

The GLC replaces the outgoing GLK in the manufacturer’s sport-utility lineup. Powered by a turbocharged 2.0-liter four-cylinder engine, it comes with a choice of rear-wheel drive or 4MATIC all-wheel drive. 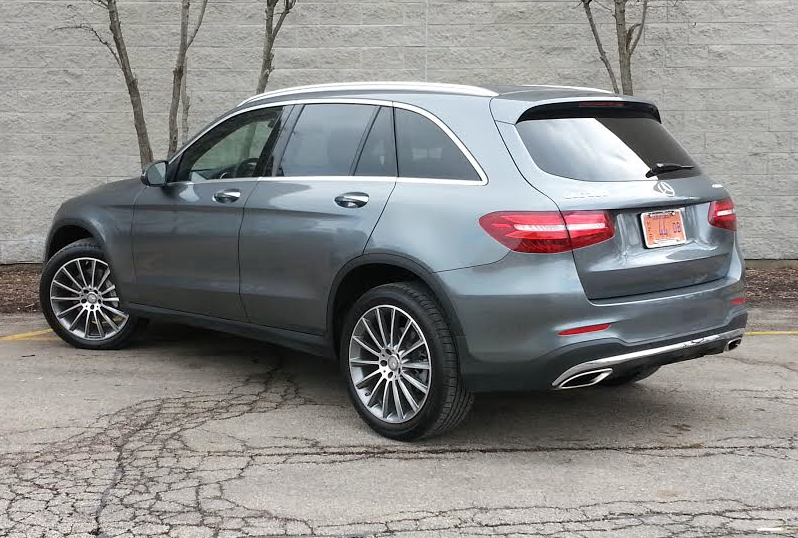 Our test vehicle’s Selenite Grey Metallic paint is a $720 option.

For a starting price a little either side of $40,000, depending on the driveline, the GLC300 provides a roomy passenger cabin, smooth and responsive engine performance, and a fair number of convenience and safety technologies. To make it really luxurious, you can spend seemingly to your heart’s content on numerous packages and stand-alone extras. 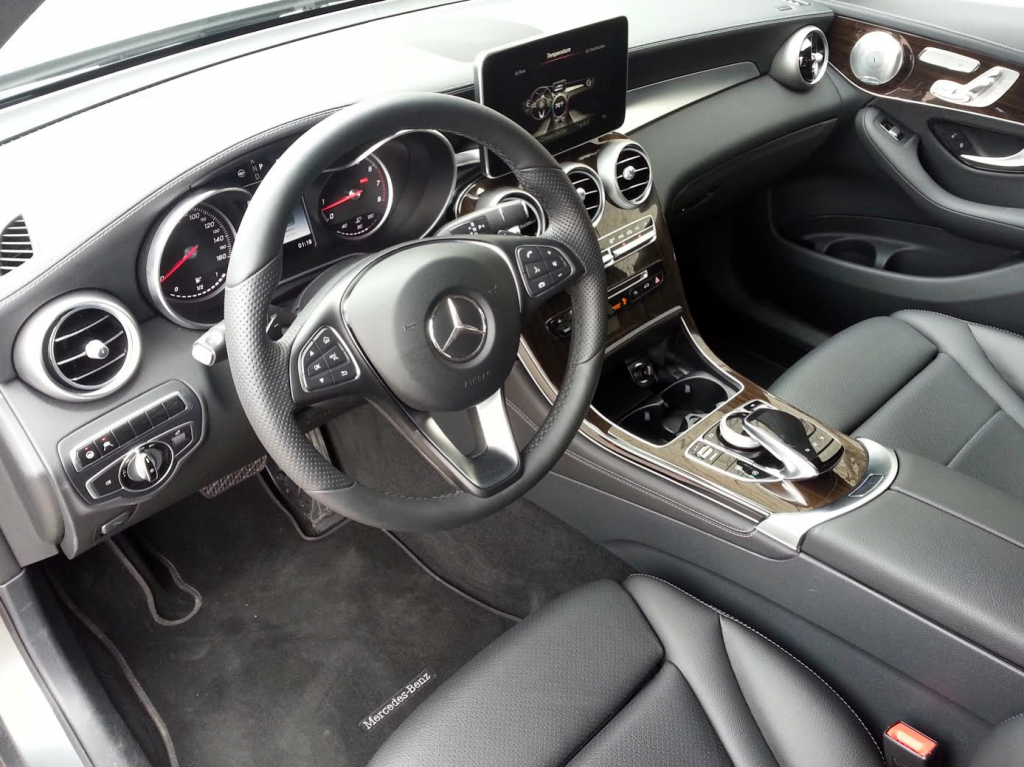 Few vehicles in this class present better from the driver’s seat. Fit and finish are top notch, as is the quality of materials.

Ah, but don’t forget that is a starting price. The ending price, with a $925 delivery fee and $16,435(!) in options, came to $58,310. The extensive list of what got added to CG’s test vehicle is spelled out at the top of this review—the only glaring absence is leather upholstery. (You can get it, by the way. It’s in the $2500 Interior Package. Even-pricier quilted Nappa leather is on offer, too.)

The turbo 2.0-liter earns its share of all that money by generating 241 horsepower at 5500 rpm and 273 lb-ft of torque between 1300 and 4000 rpm. This powerplant is fairly smooth and quiet, and works well with the auto trans. A lever on the console lets drivers scroll through a menu of DYNAMIC SELECT driving modes: “ECO,” default “Comfort,” “Sport,” “Sport+,” and “Individual.” Comfort serves very well for most driving, but slipping into Sport alters shift points and throttle response for noticeably spicier acceleration. ECO is best left to lazy in-town errand running.

Rolling up 166 test miles, mostly in Comfort mode and with 50 percent city-type driving, this driver got 22.1 mpg from the GLC300 4MATIC. That falls almost mid way between the EPA ratings of 21 city mpg and 24 combined mpg. The GLC tries to help out with a hard-to-ignore stop/start feature that’s active in all modes except Sport+.

If any one thing truly bugged yours truly about the GLC it was audio-system operation. You can twirl the COMAND-system console knob until you inevitably stumble onto the presets section, but then you won’t be able to do any of the things common sense tells you should be the next logical step to accomplish the monumental task of saving a radio station. Why a process that people used to be able to do while practically asleep has been turned into such an ordeal by a few manufacturers is a mystery. It’s far easier to be your own DJ and use that high-tech knob to manually summon stations. Using voice commands turned into a celebration of the phrase “please say again.” The system supposedly “learns” individual voice and speech patterns. Here’s hoping. 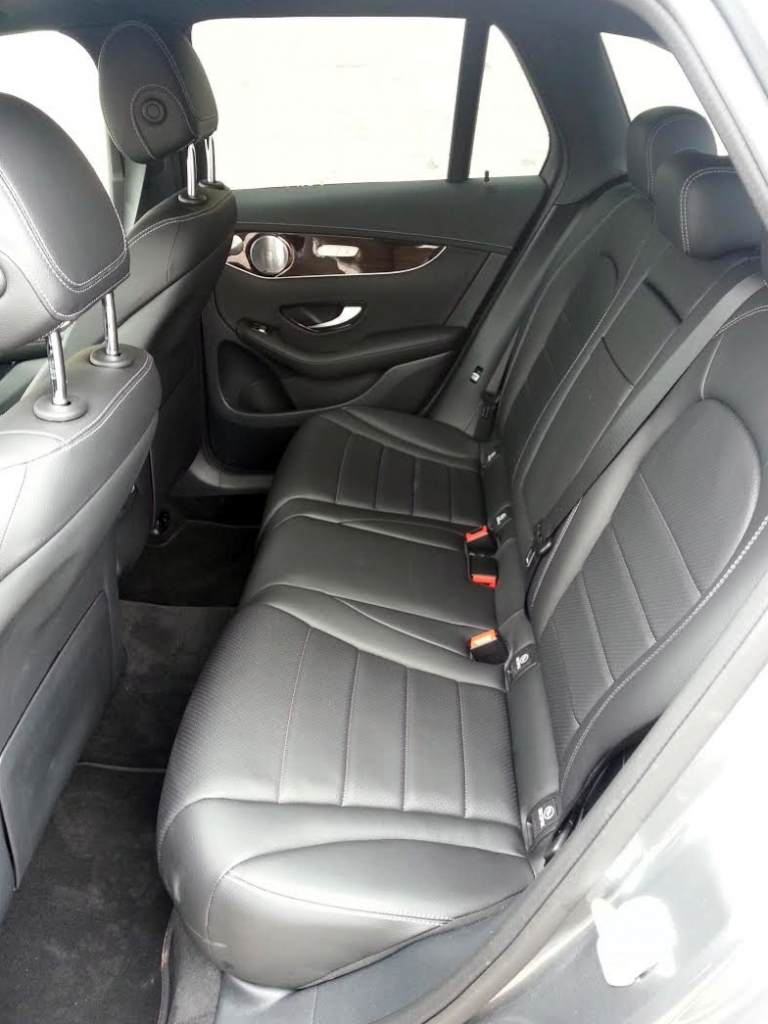 Also disconcerting to a degree was expressway handling. At times the test truck felt squirmy, as if it were seeking a preferred track on the road surface that it wasn’t always finding, and numerous little steering corrections were required to keep it in line. This was especially apparent on a windy morning, when Crosswind Assist should have been doing its thing. Note that Sport-mode steering is a little firmer than ECO or Comfort steering, and ride from the fully independent suspension is cushy enough to require some sort of “You Are Driving an SUV” reminder to pop up on the vehicle-info screen in the instrument cluster. (Somewhere in Stuttgart engineers are probably at work on it at this very moment.)

Even with the standard MB-Tex leatherette upholstery, the interior has a solidly upscale look and feel (all the more so with MB-Tex dash and door trim included in the Sport Package option). Bright-metal trim and accents of genuine wood—linden in the case of the tested vehicle—press home the point. Interior storage is served by an accommodating glove box and a large covered console box under a pushbutton-operated lid that opens in two halves. Pockets in all four doors aren’t expansive but they do have room for bottles. Pouches are added to the backs of the front seats. Front cup holders are found under a panel at the front of the console; rear cup holders spring out of the front of the pull-down center arm rest, which also includes a shallow covered bin.

Front-seat passengers enjoy good head and leg room, even under the extra-cost panoramic sunroof, and drivers benefit from good sightlines to most any point. Rear-seat riders will find acceptable leg room straight ahead, and enough laterally that they might be able to make room for an adult middle passenger who has to straddle the driveline tunnel—if the trip is brief. There’s good rear cargo space that loads at roughly bumper height, and some small-item space in an organizer under the floor. Rear seats power down almost perfectly flat for lots more space, or the middle section can be opened independently to serve as a pass-through for long, thin objects.

With the new GLC300, Mercedes-Benz has made an attractive and useful small SUV for what starts out as an enticing price that can blossom. At least shoppers have lots of places where they can choose to get off the spending carousel. 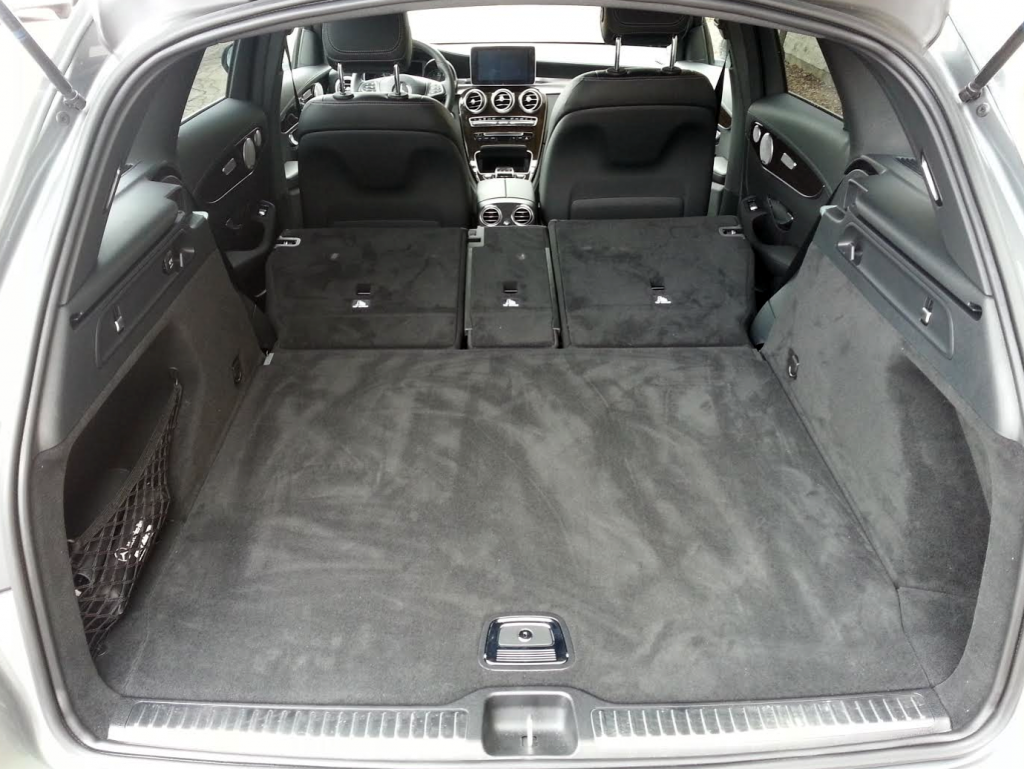 The power-folding second-row seats fold nearly flush with the load floor, opening up a generous amount of cargo space.