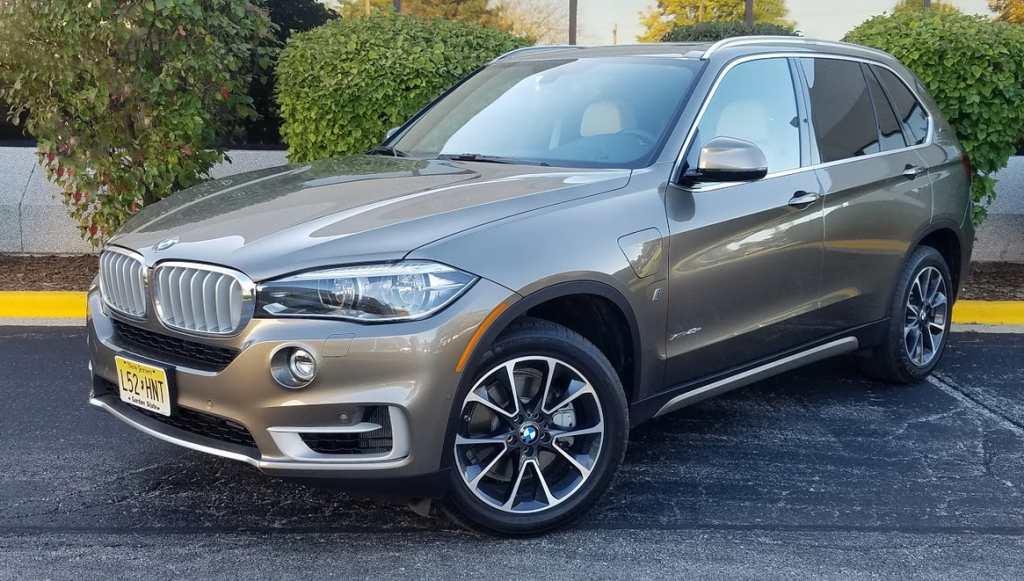 The great: Lively acceleration with hybrid efficiency and pure-electric capability

The not so good: Spendy options, some of which should probably be standard on a luxury-brand vehicle

With your backside propped on a comfortable seat, your fingers wrapped around the steering wheel, and your right foot on the gas pedal, you would be hard-pressed to not enjoy driving the hybrid version of BMW’s premium midsize SUV. The X5 xDrive40e (if that doesn’t blow up spell check, nothing will) gets you where you’re going quickly and nimbly, and in plenty of comfort. It’s even a little frugal about it by delivering good fuel mileage thanks to its ability to run on electric power for a while. 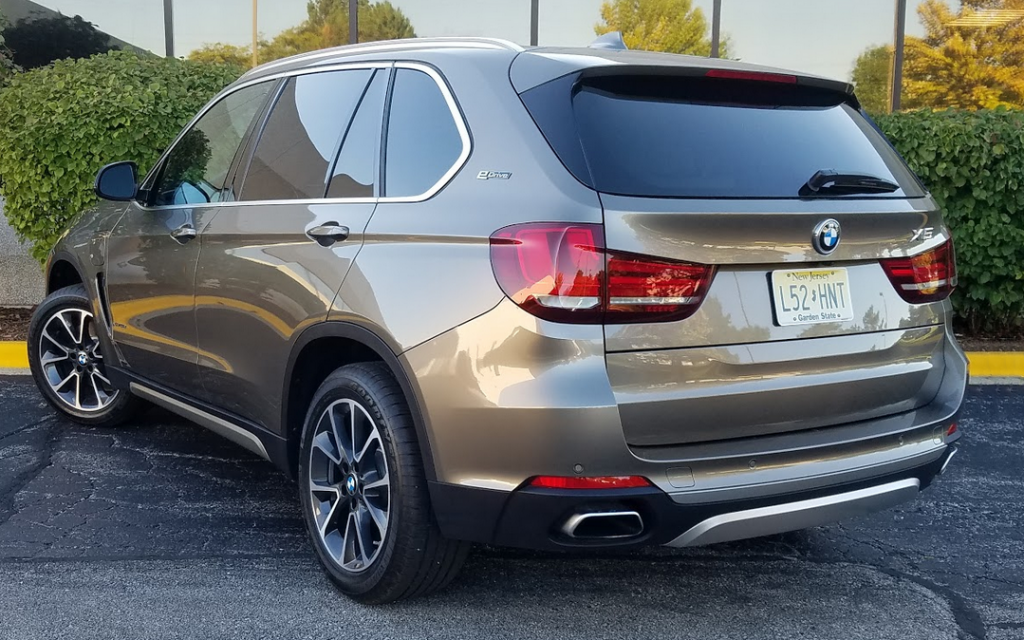 While you’re having that good time getting between points “A” and “B” it will keep your mind off how much the X5 costs, and a few other concerns.

The key to the 40e is its plug-in-hybrid powerplant, a turbocharged 2.0-liter 4-cylinder gas engine paired with an electric motor and lithium-ion battery. Total system output is 308 horsepower, which is eight more horses than the X5’s 3.0-liter gas V6 musters. BMW claims a range of up to 14 miles of pure-electric driving—which you can opt for by the press of the eDrive button on the console, and tailor with “AUTO eDrive,” “MAX eDrive,” and “SAVE Battery” modes.

The X5 boasts an exceptionally classy interior, especially when optioned up with the extra-cost leather upholstery. Rear seat room is good, but not outstanding for a midsize luxury SUV.

Driven through a smooth 8-speed automatic transmission, the hybrid mill exhibits good power for eager standing starts, thanks to its quick-peaking 332 lb-ft of torque. (BMW says this is enough to for 6.5-second 0-to-60-mph runs.) Yet it still delivers effortless steady-state expressway cruising.

The EPA rates the XDrive40e at 24 mpg and 56 MPGe in combined city/highway driving. With the aid of a full battery charge at the start of his test drive, this reviewer saw 32.4 mpg after going 61 miles with 75-percent city-type driving. Of course, when the battery charge is depleted past the point where it can support fully electric operation, the 40e still performs like a conventional hybrid, adding low-speed electric assistance fed by captured braking energy. In-motion transitions from electric to gas operation are very subtle.

BMW says loading up a full charge on a 240-volt level-2 charger takes three hours. The X5 hybrid is provided with a level-1 charger cord that can be plugged into a household outlet for a slower charge. However, this cord is quite a bit shorter than similar devices we’ve used with other all-electric or plug-in-hybrid vehicles. With the charging port on the side of the vehicle furthest from an exterior socket at this tester’s home, the line wouldn’t reach far enough around the X5 to make a connection, no outlet in his garage would have been close enough, and use of an extension cord with the charger is not recommended. Only by backing the truck down the driveway would the charging port have been close enough to connect.

Regardless of which energy source is powering the all-wheel-drive xDrive40e, it displays excellent handling and maneuverability for a midsize SUV. Cornering lean is well controlled. Better yet, it does this while maintaining a high degree of ride quality.

Consumer Guide®’s test vehicle had a plush cabin with standard wood accents, and soft-touch surfaces all the way down all four doors, well past the point where lots of other vehicles resort to grained plastic. The beige-and-black interior sported comfortable multi-contour seats with more than the usual amount of side bolstering. Upholstery was soft leather, but that is a $1450 option in place of the standard “SensaTec” material. Controls show up well, though when the lights are on, information displays take on a flaring orange appearance that can be a little hard to read. BMW’s iDrive infotainment control manages the audio and navigation systems through a large dial and some buttons on the console. While the dial is within easy reach, it requires a lot of twisting, tapping, and toggling to use, all of which diverts concentration from driving. Oh, and one sports activity you can’t do in BMW’s “Sports Activity Vehicle” is listen to sports—there’s no AM band, and no standard satellite radio, either.

Passenger and cargo capacity is a mixed bag. Leg- and headroom are good in front, but so-so in the second row, which will effectively seat two adults. Visibility is best at the front and sides. Personal-item storage starts with a big glove box. The console box has side-hinged double doors that can be opened separately, but expose a narrow opening when they are. Covered cup holders are in the console, and big door pockets include bottle holders. Rear doors bear smaller door pockets with bottle holders. Also in back are expandable pouches on the backs of the front seats, a pull-down armrest with covered cup holders and a shallow covered storage box, and two small open bins and floor-level seat-heat controls at the back of the console.

The power tailgate is a two-part affair with a short drop-down tailgate and a larger upper transom. Overall space on the flat cargo deck is not cavernous but still big enough to meet most needs for groceries, luggage, etc. Rear 40/20/40-split seats fold to handle bigger loads. They rest flat with just the tiniest drop-off where they meet the cargo floor. Small items can be stowed in an open bin at the right rear, and in the molded organizer under the floor that stores the charger cord.

The X5 seems willing to live with some shortcomings in space and equipment in exchange for a lively driving experience. The xDrive40e raises the possibility of improved fuel efficiency at the same time—but it won’t come cheaply.

The 2017 BMW X5 xDrive40e carries a hefty sticker price, but it offers an excellent ride and handling balance, a nicely finished cabin, and respectable power with hybrid efficiency and the added capability of short-range pure-electric driving.