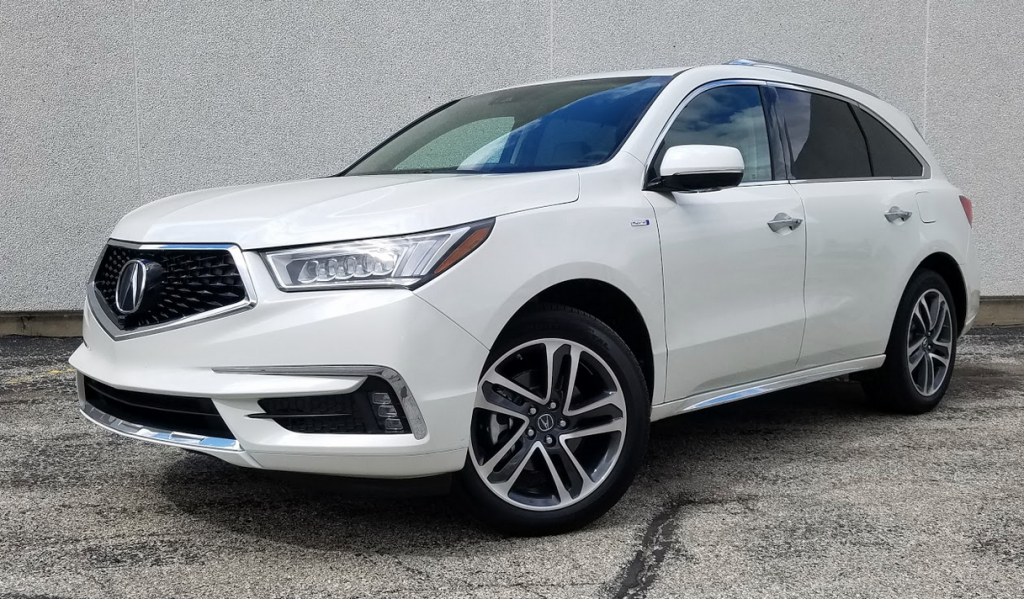 The Good: Roomy and upscale cabin

The not so good: Hybrid model available only with pricey option packages

Acura’s midsize SUV gets a facelift 2017 that includes new “Jewel Eye” headlights and the brand’s new “diamond pentagon” grille-styling motif, but the biggest news is a new gas-electric-hybrid all-wheel-drive version that focuses as much on driving performance as it does on fuel efficiency.

The new MDX Sport Hybrid combines a 3.0-liter V6 with an integrated electric motor to assist driving the front wheels, plus dual electric motors to drive the rear wheels (with no direct connection between front and rear drives). Total system horsepower comes to 321, a gain of 31 over the 3.5-liter V6 used in non-hybrid MDXs. The Sport Hybrid also comes with a 7-speed dual-clutch automated-manual transmission in place of the 9-speed automatic found in other models—albeit with the same type of button-selector system on the console, a device that takes some getting used to for those accustomed to an actual shift lever. 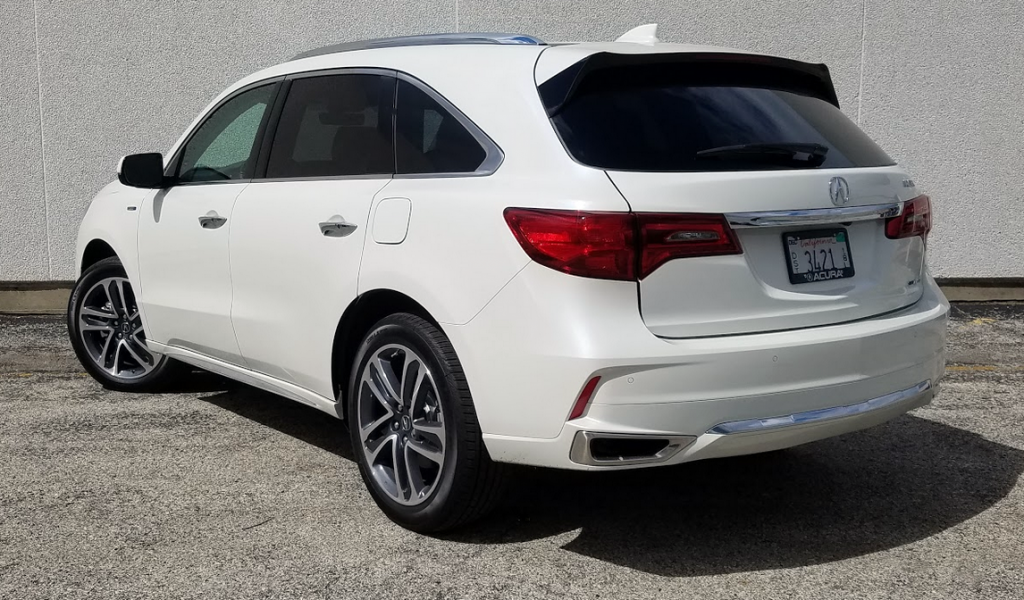 From the outside, the MDX Sport Hybrid is virtually identical to its traditional gasoline-engine stablemates. The only tip-offs are “Hybrid” badges on the front fenders and a blue-tinted “SH” in the SH-AWD badge on the rear liftgate.

With the additional power and an AWD system designed to distribute rear-wheel power to maximize cornering ability, the Sport Hybrid tries to be more than just a fuel-economy vehicle. As a performance vehicle it’s not remotely in the class of premium-midsize SUV classmates like the 500-plus-horsepower pavement rippers from BMW, Land Rover, Mercedes-Benz, and Porsche. It’s not even as powerful as some other hybrids in the category. Still, it powers up eagerly, especially in mid-range acceleration, and with no strange transmission quirks.

The MDX’s cabin has a high-tech performance feel, but wood-trim accents and available two-tone finishes add warmth and visual interest. The front- and second rows are spacious for most adults, while the third-row seats can accommodate adults under 6 feet tall or so in comfort. Interior materials are high quality throughout the cabin.

The Sport Hybrid comes with selectable driving modes—Comfort, Normal, Sport, and Sport+. The first two are nearly indistinguishable from one another in terms of ride and handling. They both deliver a quiet and comfortable ride that handles road-surface bumps very well. Ride gets slightly more “jumpy” in either Sport mode. However, the Integrated Dynamics System Sport+ setting is designed to coax a sportier feel out of the self-adjusting Active Damper suspension. Sport+ also maximizes battery assist at launch for quicker acceleration and switches the trans to full manual mode for use with the paddle shifters. Again, changes seem incremental—drivers probably won’t feel they’re piloting a completely different vehicle.

Even as a “sport” hybrid, the MDX can’t fully escape its economy function. The EPA rates it at 26 mpg in city driving and 27 mpg on the highway—all of which is quite believable. With some time spent in the Sport modes, this driver averaged 25.7 mpg from a 181-mile stint that was 68-percent city-type driving. The MDX hybrid employs a highly unobtrusive engine stop/start that’s active in all but Sport+. Acura says the Sport Hybrid will run on regular gasoline, but premium is recommended for best performance.

One difference that this MDX had from others Consumer Guide® has tested recently is 6-passenger seating. Instead of a full second-row bench with 60/40-split seat backs, the Sport Hybrid had comfortable captain’s chairs with a console between them (included in the Advance option package). The backs fold to expand cargo space. The console is a near match for the one in front, with a padded armrest lid, an interior tray for small items, and a wood-trimmed sliding panel that allows access to the large storage space a couple of ways. There are 2 device charging ports inside the console box and two more exposed at the back for use by third-row passengers. The console also has a pair of exposed cup holders.

You can check out our First Spin report on the MDX Sport Hybrid here and our test-drive review of a regular gas-engine MDX SH-AWD Advance model here. With either powertrain, the MDX is one of our favorite premium midsize SUVs.