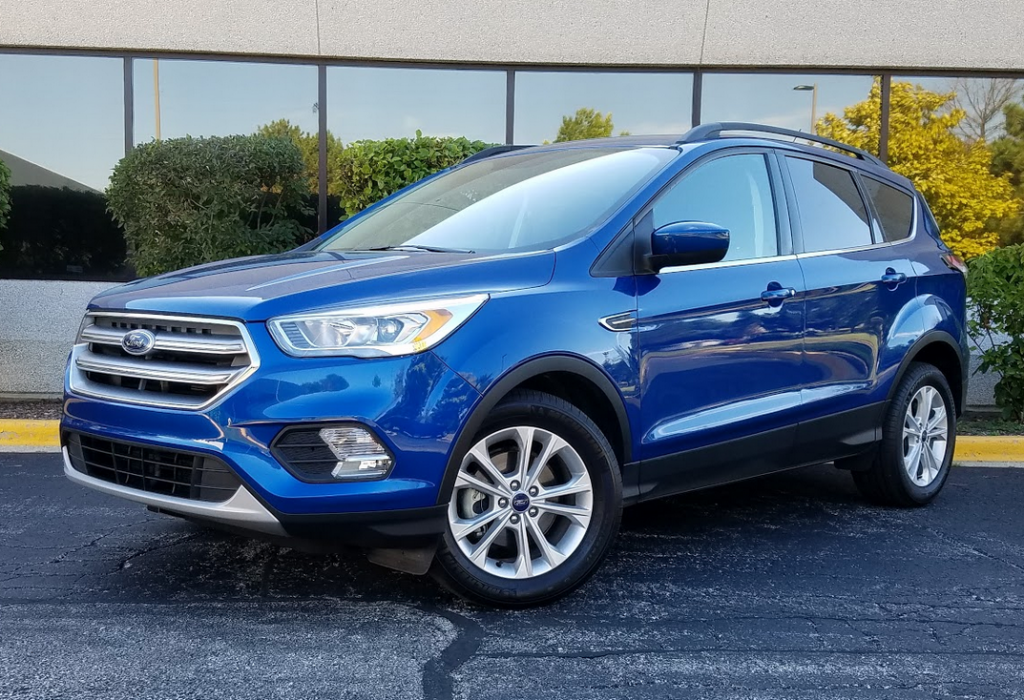 The great: Passenger and cargo space

The not so good: Occasionally tardy power delivery

If the Ford Escape isn’t at the pinnacle of the compact sport-utility vehicle market it’s at least very near to the top. There’s good cargo room and a nice array of features, and most of the available models come across as eminently affordable.

The Escape is touched up for 2017 with revised styling—most notably a hexagonal grille—added technology and safety features, minor interior revisions, and one new engine choice. Consumer Guide® editors drove the front-wheel-drive version of the midlevel Escape SE that incorporates some of the fresh tech and the new 1.5-liter EcoBoost 4-cylinder engine. 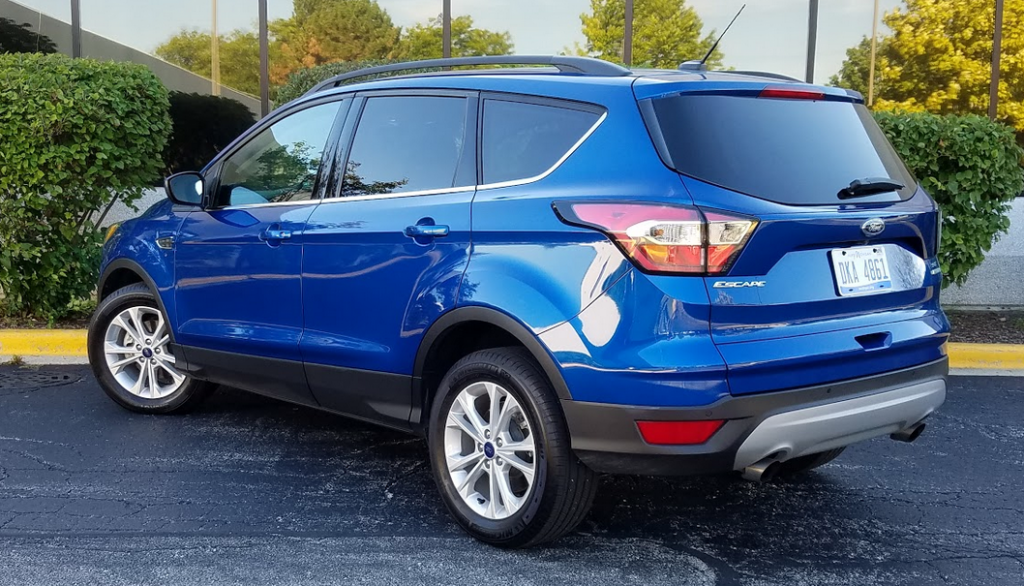 The turbocharged 1.5 is a 179-horsepower engine that is standard in the Escape SE and the top-line Titanium, and replaces a 173-horse 1.6-liter turbo four. Frankly, it’s a little hard to grasp the benefit of this powerplant. These days the driving force (no pun intended) in engine swaps tends to be improved fuel economy. However, while the EPA rates the 1.5 EcoBoost/6-speed automatic combination in the 2017 front-drive Escape at the same 23 mpg as the erstwhile 1.6 and automatic in city driving, the new engine’s 30 mpg highway rating is two mpg less than its predecessor. Drawing on personal experience, this reviewer averaged 23.53 mpg after putting 182 miles on the test truck, with 70 percent of that in city conditions, and with the standard stop/start feature active during the entire stint. The Escape’s stop/start is one of the least obvious of these devices that this driver has come across.

Escape’s cabin presents well, and is roomy for the compact-crossover class. There’s a fair amount of hard plastic , but it’s nicely grained and assembly quality is high.

As for performance, the turbo 1.5 delivers fairly decent power in steady-state driving. However, an all-ahead-full mash of the gas pedal is met with a long wait for the trans to kick down, and the racket that you hear while you’re on hold ain’t exactly Muzak—even if it is unwelcome. Note that the engine can be replaced by an optional 2.0-liter turbo four that jumps up to 245 horsepower for ’17. (The entry-level S model is restricted to a 168-horsepower naturally aspirated 2.5-liter four.) 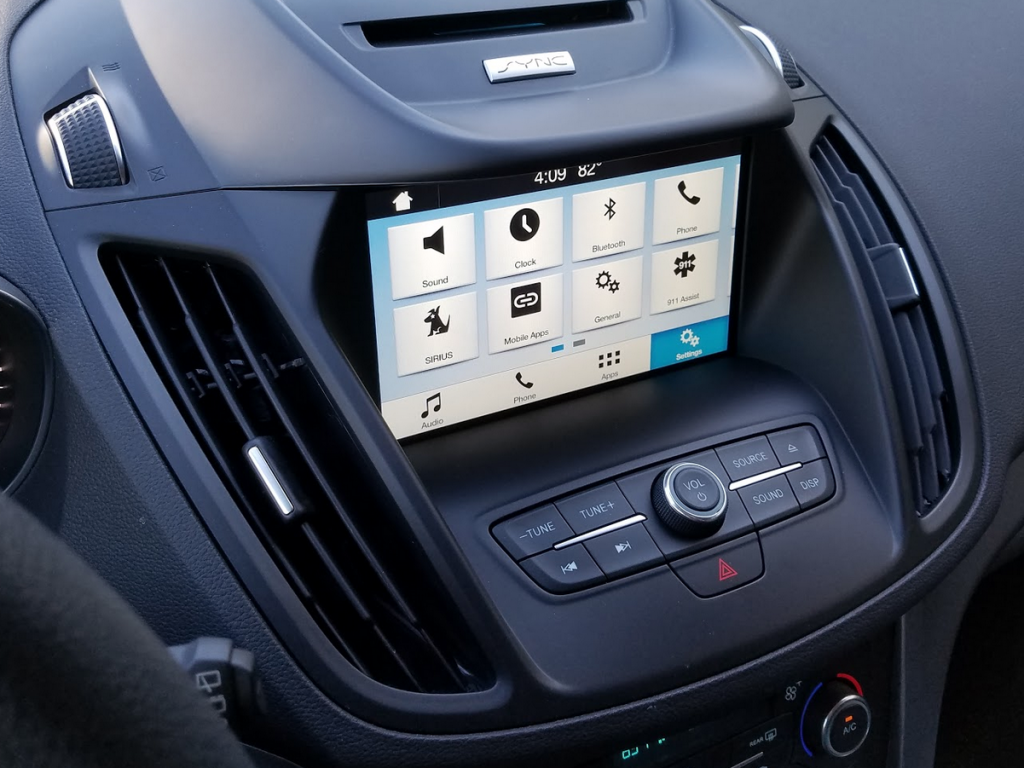 Ford’s MyFord Touch multimedia system has been replaced by the easier-to-use Sync 3 interface for 2017. The system incorporates fewer colors and larger icons for better at-a-glance recognition.

Driving controls are legible, and convenience features like audio-system presets are easy to set and access. On the climate control, two handy dials govern temperature settings; the rest is done via push buttons, including a haptic image for determining which parts of the front passengers are going to have a fan blowing on them. Gray-and-black seat coverings kept the test truck’s interior from being drab. There’s a substantial amount of grained hard plastic throughout the cabin, but a leather steering-wheel wrap and soft-touch material on the top of the instrument panel, tops of the front doors, and armrests add a modicum of plushness. Headroom is good in both seating rows. Legroom is generous up front and adult-friendly in back. If the need arose, a third voting-age citizen might fit in the middle of the back seat. The only notable obstacle to driver vision is a rear roof-pillar design that obstructs the over-the-shoulder view somewhat.

Cargo loading benefits from a low bumper height and a wide opening at the threshold to what’s a generous cargo hold for a compact SUV. Convenience is enhanced by an optional hands-free power liftgate. (If Ford ever starts marketing this as the EscapeHatchTM, remember you read it here first.) When the rear seat backs are folded, there’s a perfectly flat, uninterrupted load floor all the way to the front seats. Small-item storage is handled by a glove box and covered console box (both fairly large, and the latter with a flip-up tray), two open cup holders in the console, and door pockets with space for a cup or bottle. Rear passengers have similar door pockets, pouches on the backs of the front seats, and two cup holders in the pull-down center armrest.

Some may find the ride a little firm but by no means is it harsh or unpleasant. Tidy dimensions and light, responsive steering make it maneuverable, particularly in parking lots. There can be some torque steer with vigorous standing-start launches.

With the Tech Package, Cold Weather Package, power liftgate, and delivery added, the test vehicle clocked in at $28,375. The jump to the more fully equipped Titanium is a considerable one: a front-drive Titanium starts at $4000 more than a comparable SE. However, newly available safety features including adaptive cruise control, forward collision warning and brake support, lane-departure mitigation, and driver-fatigue monitor are available only for the Titanium, and even then only as options. 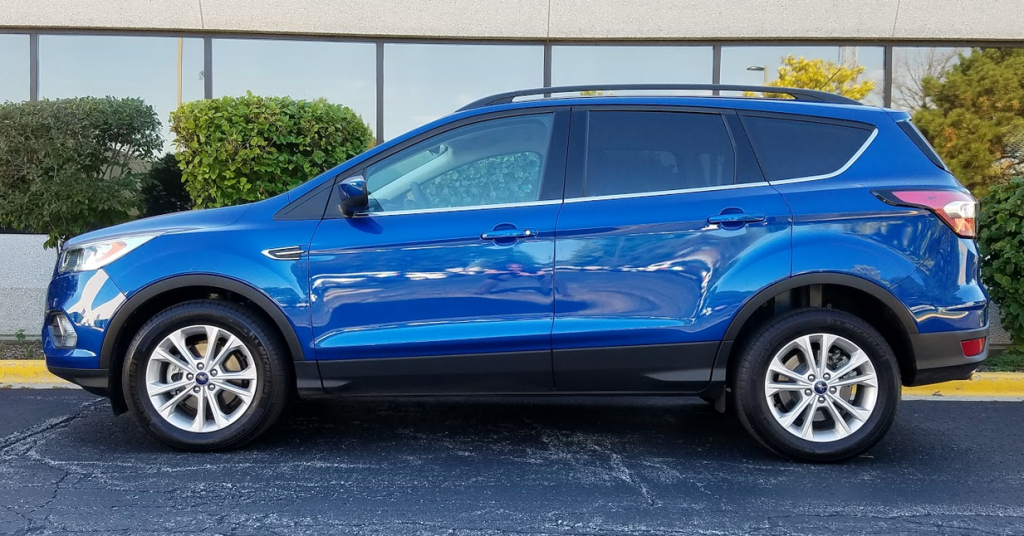