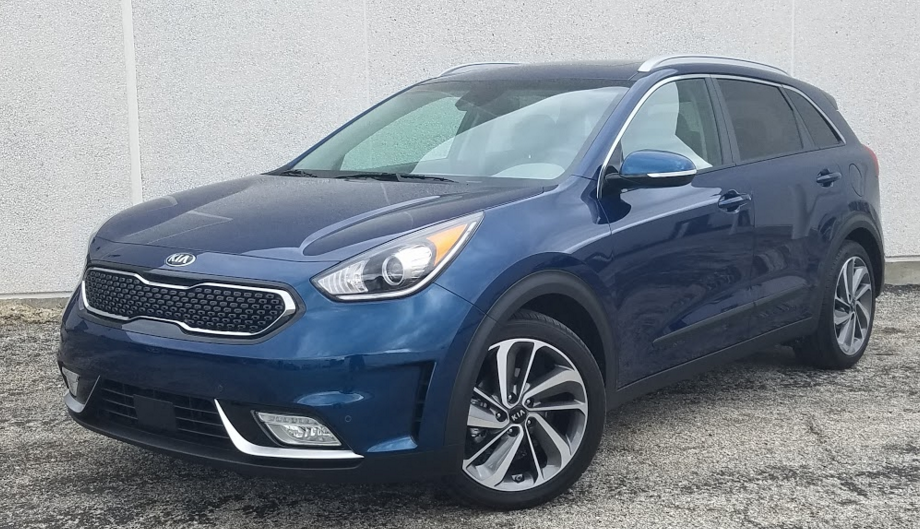 The not so good: No all-wheel drive offered, occasional non-linear acceleration 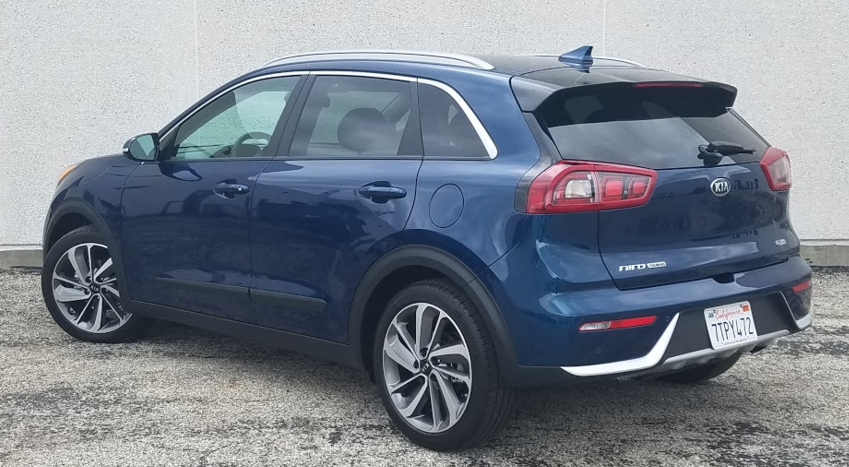 Niro’s tallish body and wagon-like rear end make it a crossover … at least to some folks. But its hybrid powertrain makes it exceptionally frugal with fuel, and with that there’s no dispute.

Kia’s new Niro hybrid prompted far more discussion among our staff members than most vehicles have of late, though not for the reason you might suspect.

With its tallish body and wagon-like profile, the Niro casts a shadow similar to that of a compact crossover. Yet — unlike traditional crossovers — it doesn’t offer all-wheel drive as an option to front-wheel drive, so the “discussion” focused largely on how to categorize it. In the end, it was decided (not unanimously) to classify it as a compact crossover.

As a compact crossover, the Niro is one of only three class members to offer a hybrid version, and the only one that comes only in a hybrid version. It also soundly trounces both its hybrid rivals in EPA fuel-economy ratings, besting the Nissan Rogue Hybrid by 5-19 mpg (depending on model and whether the city, highway, or combined EPA estimate is considered), and the Toyota RAV4 Hybrid (which comes standard with all-wheel drive) by 8-19 mpg.

The Niro tested was the line-topping Touring trim level, whose EPA estimates of 46 city/40 highway/43 combined are 5-9 mpg lower than those of “lesser” models, likely due to the Touring’s higher level of equipment (and thus weight) and its wider tires. Thus our average of 45.8 mpg in 54 percent city driving not only beat the EPA combined estimate, but would likely pale next to those the base FE or mid-level LX and EX could manage. But it was certainly a solid performance in any case.

Speaking of solid performance, we found the Niro to be a spritely driver, with decent full-throttle takeoffs (after a very brief lag) and fairly strong around-town throttle response, though it often took a deep stab of the pedal to bring about the latter. One of my cohorts noticed some non-linear powertrain behavior at low speeds and when going around corners, but it didn’t jump out at me. The Niro also rode very well while exhibiting fine handling and steering feel, resulting in impressive dynamics overall. 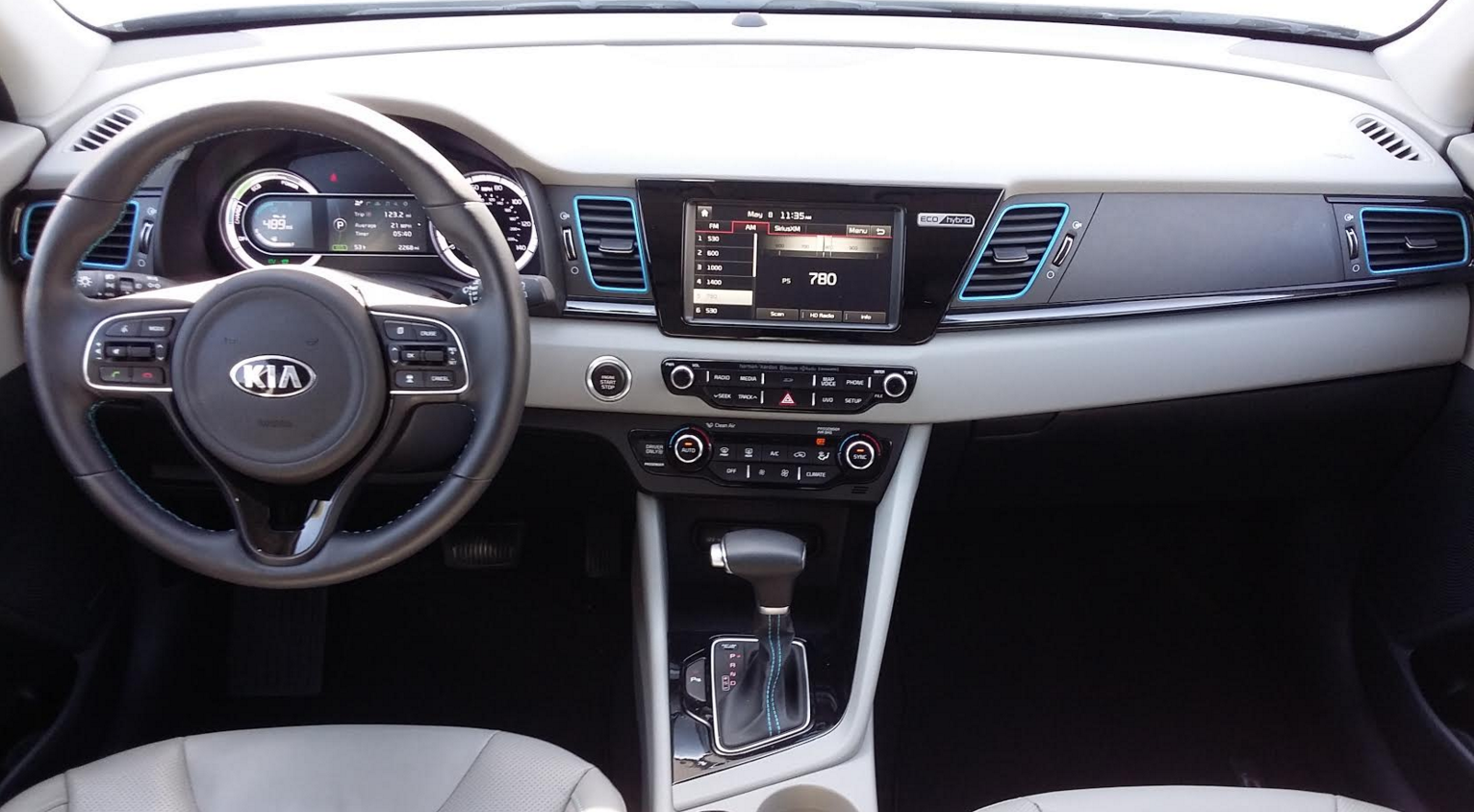 Despite the added cost of its hybrid hardware, Niro’s starting price of $22,890 (not including destination) falls at the low end of front-drive compact crossovers. And the base FE model is hardly a “stripper,” as it comes standard with all the expected features plus Apple CarPlay/Android Auto, rearview camera, dual-zone climate control, and Kia’s UVO infotainment system with 7-inch touchscreen and satellite radio.

However, to get some high-tech safety features such as forward collision warning and mitigation, lane-departure warning, and adaptive cruise control, you have to move up to the $23,200 LX and add the $1450 LX Advance Technology Package.

Considering its tidy 171.5-inch overall length (a Honda CR-V is nine inches longer), the Niro boasts impressive passenger space both front and rear, while its tallish roof and seating height also make for easy egress. Visibility is good all around, and at least in the Touring model tested, the interior hosted many soft-touch surfaces and some neat-looking “electric blue” trim.

The UVO infotainment system includes a volume knob, with all other functions being controlled through the touchscreen. Climate controls consist of rotary temperature knobs but less-convenient repetitive-step pushbuttons for mode and fan speed.

Niro’s rear seat backs fold flat and level with the cargo floor (though only if the front seats aren’t set far back), the wagon roofline allows tall items to be placed at the rear, and the floor lifts to reveal lots of hidden storage space.

Interior storage is at least decent, with the usual glovebox, cupholders, and map pockets (rather small in this case) being augmented by a modest-sized console box with 12-volt outlet, small console bin, and a good-size forward console tray under handy USB, Aux, and two 12-volt plugs.

In back, the Niro offers impressive cargo capacity and utility. The area is wide at the rear, but the Touring has a speaker in the left-side “cove” that limits the width of something like a golf bag that can be carried sideways. The rear seat backs fold flat and level with the cargo floor – which has a huge “hidden” storage area beneath it – but only if the front seats are not positioned far rearward. Kia says total cargo capacity with the rear seat backs folded is 54.5 cu. ft., which is on par with that of some smaller compact crossovers.

While its classification may be questionable, the Niro’s appeal is not. It offers a great combination of performance and economy, fine road manners, ample passenger and cargo space, and a full complement of safety features, all at prices that wouldn’t be outlandish even for a non-hybrid vehicle. To me, that makes for a winning combination that any shopper should appreciate … even if they don’t think it’s actually a “crossover.”

Whether you consider it a compact car or a compact crossover, the Kia Niro is one spacious, thrifty conveyance.