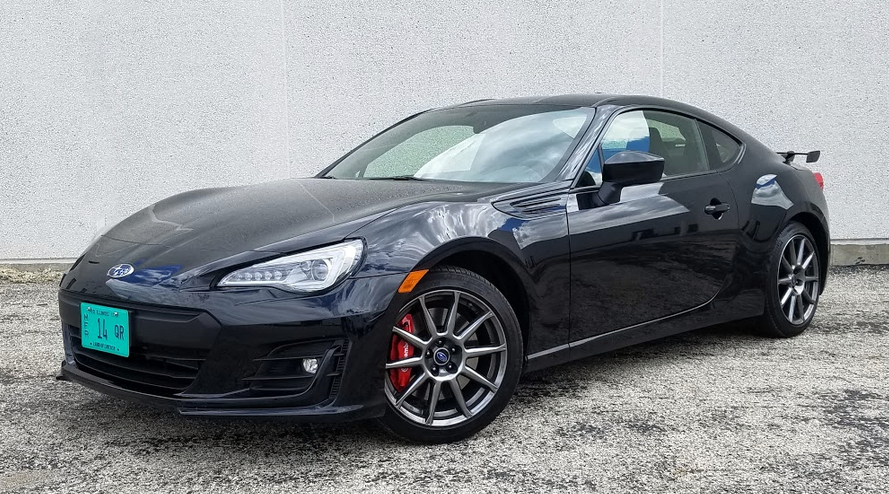 The not so good: Cramped cabin

The Subaru BRZ and Toyota 86 could have turned out as the worst sort of badge engineering. They share powertrains, a basic body and chassis, and interior layouts. They could have been passed off as unique vehicles with little else but altered grille bars and different caps on their steering-wheel hubs. 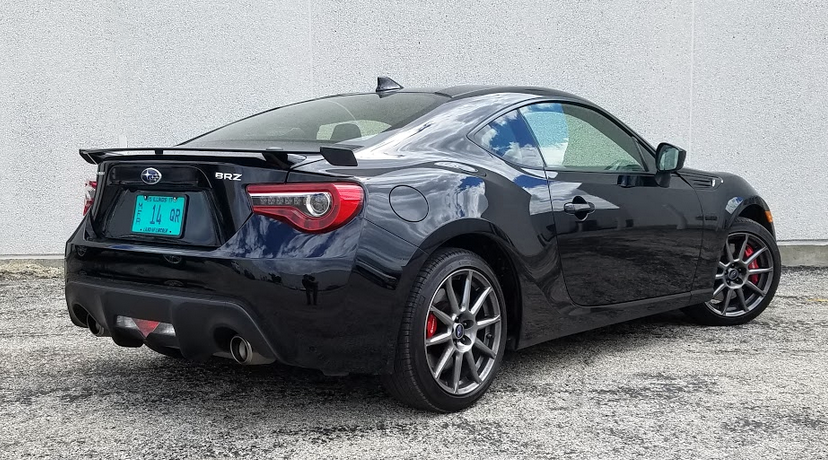 Fortunately, though, even with their considerable similarities, there’s at least enough space to slide a double-thick sheet of corrugated cardboard between them. The BRZ comes in a trio of trim levels while the 86 is done just one way. There are obligatory appearance differences in the front and rear fasciae. Infotainment systems are specific to the respective brands, and the availability—or lack—of options sets them apart, too.

Though both the Subaru BRZ and the Toyota 86 have an extra-cozy cabin that can feel cramped for large occupants, the BRZ is trimmed a bit nicer than the 86. Red contrast stitching adds a bit of pizzazz.

Still, any way you consider these brothers from different mothers, you can’t ignore that they both represent affordable sport driving experiences. Consumer Guide® tested a BRZ Limited with the standard manual transmission and optional Performance Package that came to $29,660 delivered. 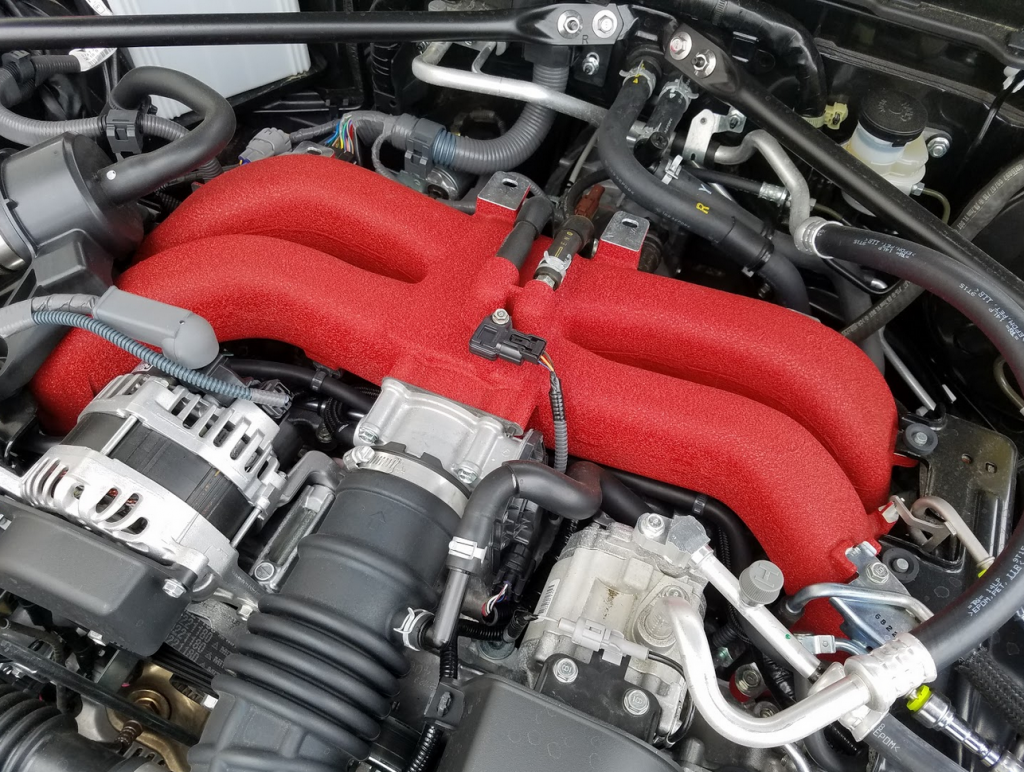 Manual-transmission BRZs make 205 horsepower and 156 lb-ft of torque; both figures represent an increase of five compared to automatic-equipped BRZs.

The Performance Package is one of the things that separate the two vehicles—the Toyota has nothing like it. Available only for the stickshift BRZ Limited (and the line-topping limited-edition Series.Yellow car, on which it is standard equipment), the $1195 option group adds meatier Brembo disc brakes, Sachs front struts and rear shocks, and 7.5-inch-wide 17-inch dark-gray alloy wheels to the standard sport-tuned suspension. Any one of these rear-wheel-drive GT coupes is a firm rider even in standard form, and the Performance Package certainly doesn’t change that. Steering is quick, cornering is very flat, and the uprated brakes haul the saucy little Subie down in a hurry.

A modest array of 2017 improvements includes a power boost for cars with the 6-speed manual trans. In that application, the 2.0-liter “boxer” 4-cylinder engine makes 205 horsepower and 156 lb-ft of torque, both figures an increase of five from 2016. (Limiteds with the $1100 automatic transmission still develop 200 horsepower and 151 lb-ft.) Each of those power peaks arrive fairly high up the tachometer dial, so while the BRZ is willing off the line it takes a moment to become truly eager. At least it makes an appropriately sporty sound on the way there. A nicely weighted clutch and fairly precise shifter make working through the gears more play than work.

EPA fuel-economy estimates for the manual-shift BRZ are 21 mpg in city driving, 29 mpg on the highway, and 24 combined. This driver averaged 24.31 mpg after putting 127.6 miles on the test car. That’s not bad considering the stint was weighted toward city-type driving (73 percent)—and it’s a good 2 mpg better than he got from a Toyota 86 with the automatic that has higher EPA ratings. One blot on the racy-but-frugal image is that the engine needs premium gas. 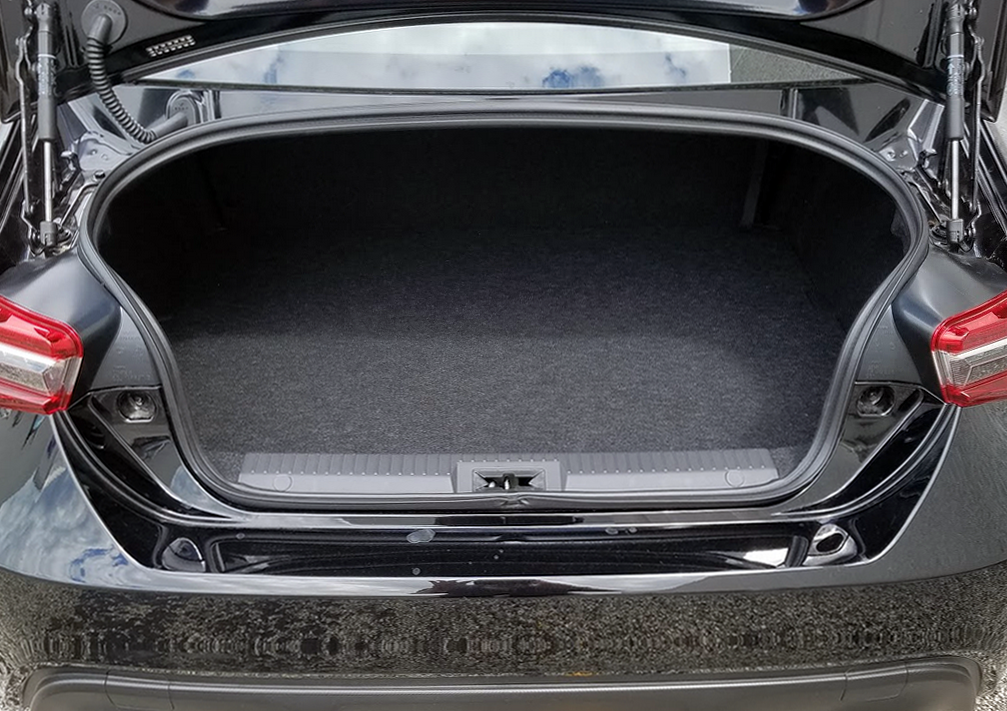 Cargo room isn’t a strong point of the BRZ. The shallow trunk has just 6.9 cubic feet of space, but the rear-seat area can serve as cargo-carrying spot as well–since it is too small to comfortably seat most people.

The interior of the BRZ Limited is a little better detailed than that of the cheaper 86. Red contrast stitching perks up the steering wheel, seats, dash and other areas of the cabin. There’s a little more brightwork, too. Gauge faces are a little different between the two brands but just as easy to read. Aside from 3-dial control for temperature and fan speed, the BRZ adds a lower row of toggle switches for the operation of other climate functions. The Subaru’s infotainment touchscreen is a little smaller than the Toyota’s—6.2 inches versus 7 inches—and has control buttons on either side. Radio presets are simple to input, and thumb controls on the steering wheel make them easy to access. Subaru’s STARLINK system provides integration with entertainment apps.

What the Subaru and the Toyota most seem to have in common inside are limitations. The two rear seats are better suited for carrying incidentals than for transporting humans. Over-the-shoulder vision suffers from the roof’s slope. Personal-item storage isn’t too generous, and trunk space is a skimpy 6.9 cubic feet, so the folding rear seat back comes in handy for toting bigger loads.

There’s potential to make this “Toyobaru” a truer performance car; indeed, Subaru has announced an upcoming enhanced STI version. Of course, taking that tack will whittle away at the simple, spunky coupes’ affordability. Here’s hoping the manufacturers always keep lively but livable models in the mix.

The Subaru BRZ offers the agile handling of a true rear-drive sports car in a relatively affortable, economical package.