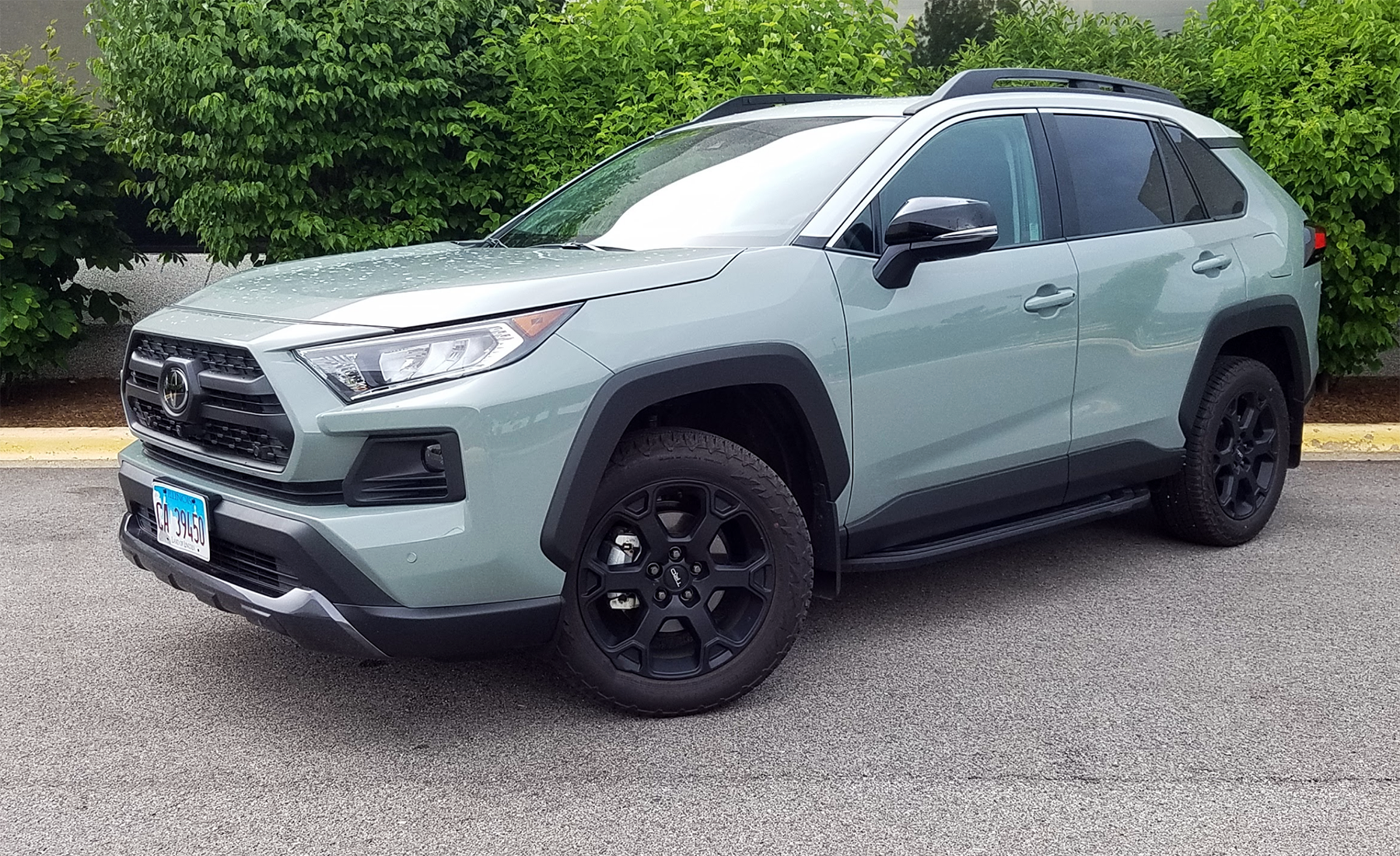 The not so good: Front-seat space isn’t great for big and tall folks, engine gets a bit noisy during fast acceleration, non-linear transmission feel

Automakers spent a good 25 years softening the sport-utility vehicle into something more “carlike.” The result was the crossover, a vehicle type that has succeeded perhaps beyond anyone’s wildest dreams, even seriously threatening the survival of the sedans and station wagons from which they richly borrowed. 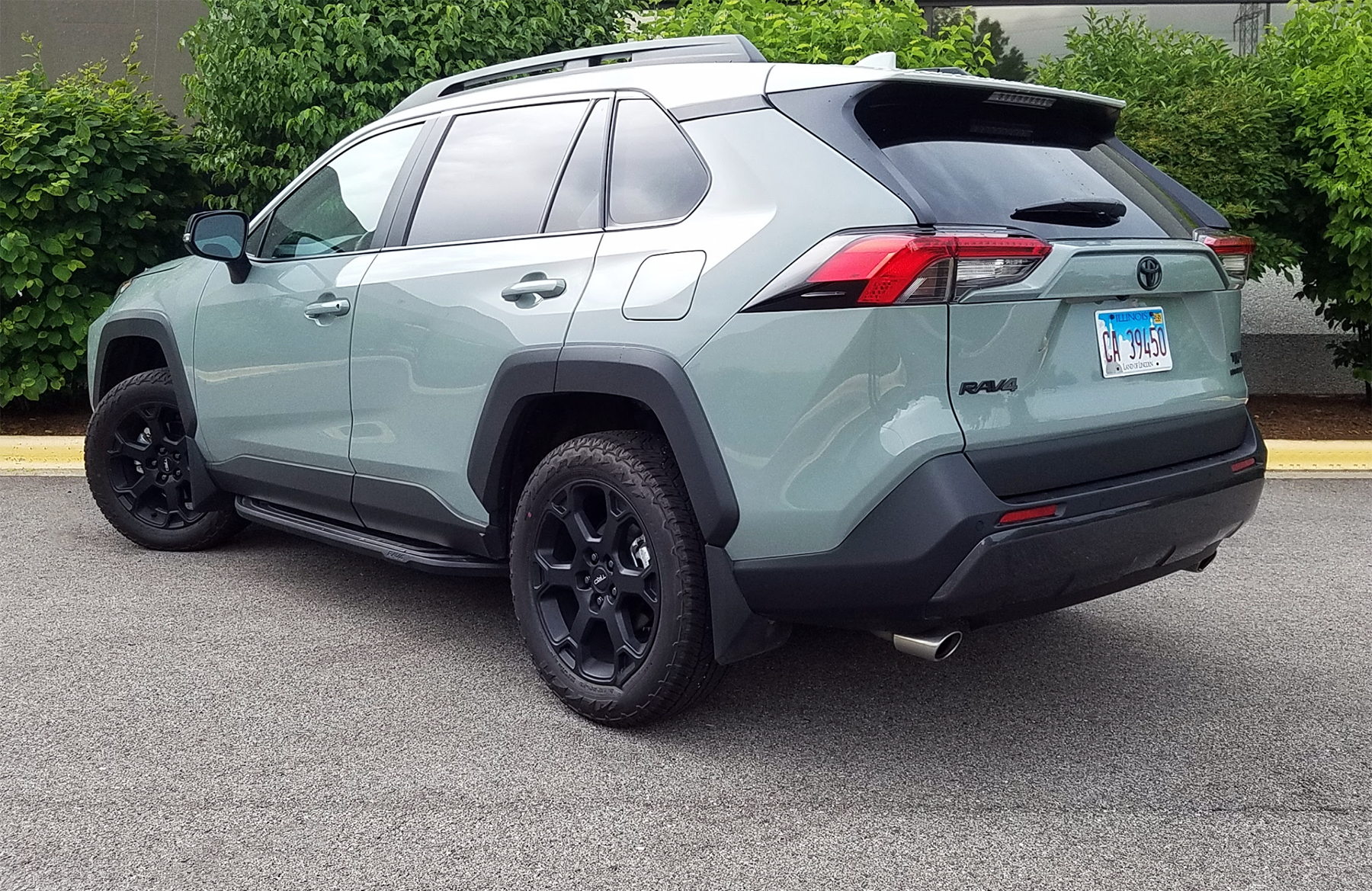 The TRD Off Road is a new addition to the RAV4 lineup for 2020. It’s an all-wheel-drive-only trim level that slots in at $600 less than the top-line AWD Limited in the RAV4 model roster.

All pendulums swing, however. Lately, there have been moves by some manufacturers to toughen up the crossover. One of the newest comes from one of the oldest—the Toyota RAV4 that essentially pioneered the crossover field in the mid 1990s. For 2020, it adds a TRD Off-Road model designed to make the compact crossover more capable in the terra incognita that lies beyond the shopping-mall parking lot.

Toyota actually began moving in this direction in 2018, when the RAV4 added an Adventure model with a few terrain-taming technologies and a huge boost in towing capacity, wrapped up in a look that was more rugged than other RAV4s. It was continued when a redesigned fifth generation of Toyota’s top-selling vehicle came out for ’19. The TRD Off-Road, which starts at $36,400 with delivery—$2225 more than the Adventure—takes that concept to another level.

The TRD Off Road Pro’s red accents and contrast stitching add sporty panache to the basic RAV4 cabin. A wireless smartphone charging pad (locating just in front of the shift lever) is included in the $1950 Technology Package, as are a 360-degree around-view monitor, front and rear park assist with automated braking, and digital-camera rearview mirror.

Back-seat passengers get HVAC vents and dual USB charging ports, and enough headroom and legroom for average-sized adults to ride in comfort. Likewise, the rear door apertures are large enough for unencumbered entry and exit.

The Adventure and TRD Off-Road are all-wheel-drive-only models—no surprise there—with dynamic torque vectoring that can send as much as 50 percent of torque to the rear wheels, and also disconnect the rear driveline when front-wheel drive is enough to move the vehicle. Ride is firm and the tires can be a little noisy on the highway, but they didn’t produce the wandering tramlining effect we’ve experienced on some other off-pavement specials where constant small steering corrections were required.

RAV4s boast generous cargo volume for their size, and a helpfully low load floor. There’s 37.5 cubic feet of cargo volume behind the rear seats, and 69.8 cu. ft. with the rear seats folded. Rubber floor mats are standard in the TRD Off Road.

All gas-only RAV4s have a 2.5-liter 4-cylinder engine of 203 horsepower and 184 lb-ft of torque, and an 8-speed automatic transmission. Power output is acceptable for most driving situations, but transmission shifts are not the timeliest. “Sport” driving mode seems to have more effect—and slight at that—on steering than it does on acceleration. The TRD and Adventure both have a 3500-pound towing capacity that is tops among RAV4s—by at least 2 to 1—and about as good as it gets in the entire compact-crossover class. EPA fuel-economy estimates for the TRD Off-Road are 25 mpg in city driving, 32 on the highway, and 27 combined, which Consumer Guide’s experience backed up. In fact, in a test that consisted primarily of a long highway road trip, we averaged 32.4 mpg–a bit better than the EPA highway number.

Like some previously tested fifth-gen RAV4’s, the TRD Off-Road has a nicely done cabin with generous use of soft-touch surfaces, easy-to-use controls and infotainment system, but middling cabin-storage capacity. There’s good passenger space for four adults (a fifth might squeeze into the middle of the back row). There’s good cargo space in back, and 60/40-split rear seats fold almost flat for plenty more capacity.

The TRD Off-Road is docile enough for the middle-school drop-off lane but ready for the trails beyond. 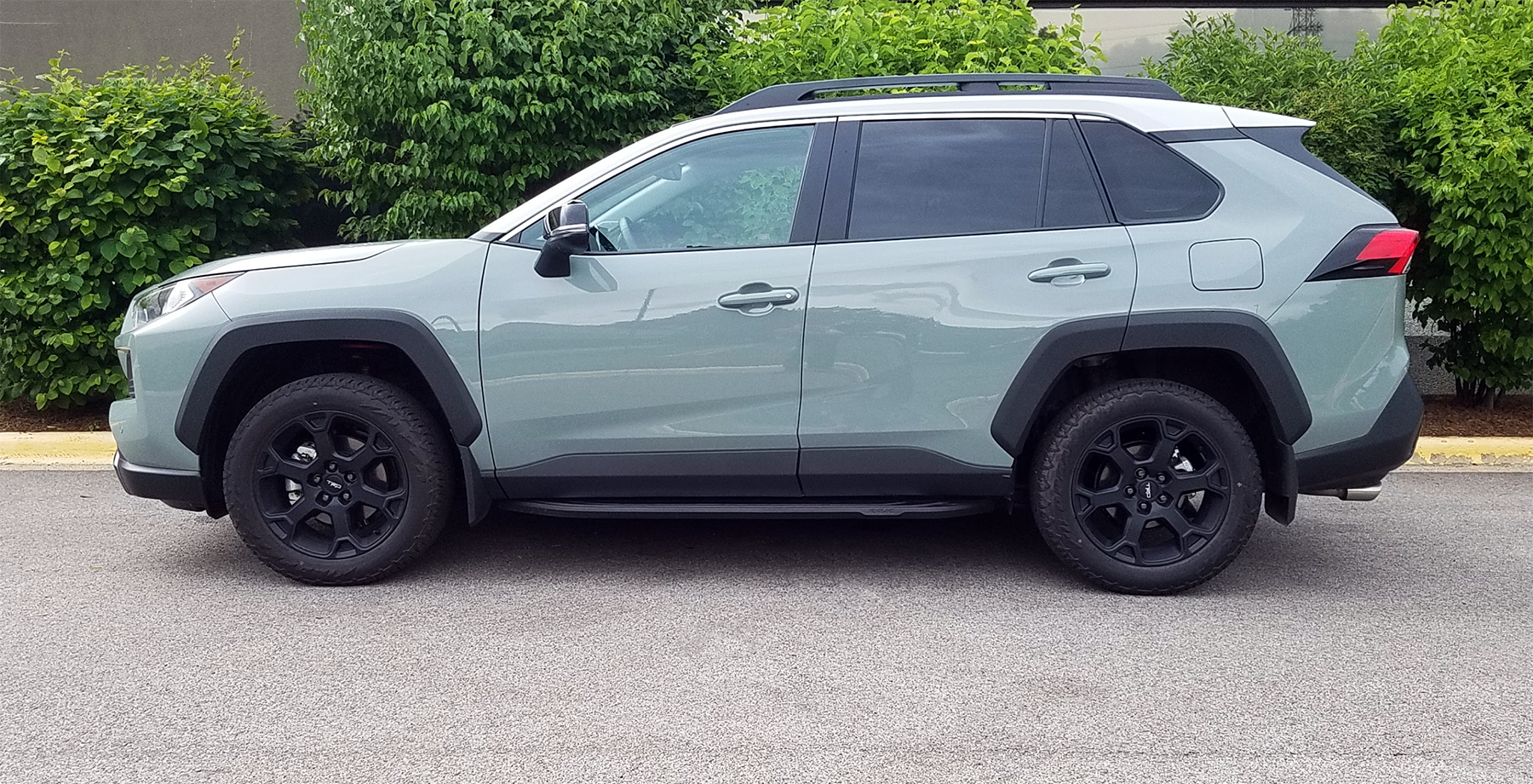 The new-for-2020 TRD Off Road model imbues Toyota’s likable compact SUV with better off-road capabilities and rugged looks. We suspect it will win over at least a few Jeep Compass and Subaru Forester shoppers. 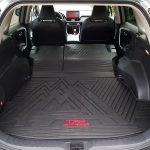 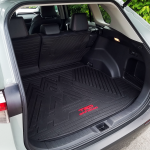 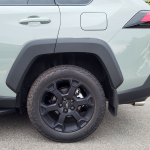 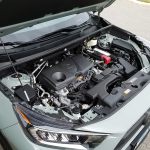 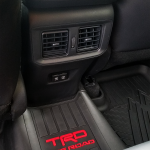 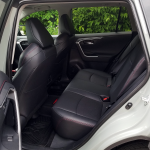 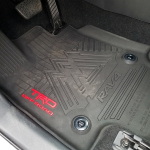 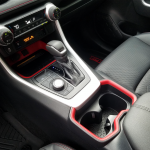 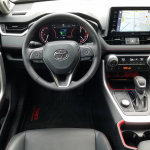 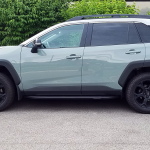 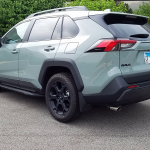 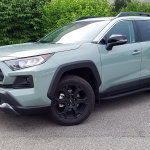