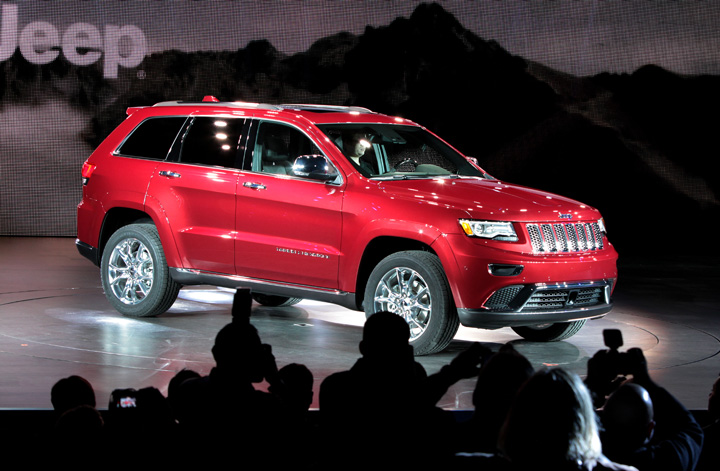 The 2014 model year is shaping up to be a strong one for the diesel engine. Long shunned by the U.S. buying public, today’s “oil burners” are as reliable, as clean, and sometimes as quiet as a modern gasoline motor. It also helps that diesels generate huge amounts of torque with greater efficiency. Manufacturers of diesel cars are touting driving ranges of more than 700 miles on a single tank, a figure that makes even the Toyota Prius “green” with envy.

Two of the “Detroit Three” automakers will offer diesels for 2014. The Chevrolet Cruze marks the first time in about 30 years that General Motors has offered a diesel-powered passenger car. Those old-school oil burners were slow, smoky, and unreliable. They were essentially the reason it has taken so long for these engines to make a comeback in the U.S. The 2014 Cruze Diesel employs a 2.0-liter 4-cylinder that produces 151 horsepower and 264 pound-feet of torque, routed through a 6-speed automatic transmission. The EPA-estimated fuel economy is 27 mpg city/46 mpg highway. The car starts at $25,695 and is arriving at dealerships right now.

Chrysler experimented with diesel passenger vehicles before GM, putting such engines in its compact Liberty and midsize Grand Cherokee SUVs in the late 2000s. Now under the umbrella of Italian automaker Fiat, Chrysler is coming back to the diesel trough with its freshened 2014 Grand Cherokee. The optional 3.0-liter V6 engine makes 240 horsepower and 420 pound-feet of torque. It will pair with an 8-speed automatic transmission and is rated to achieve 28 or 30 mpg highway, depending on whether you select a rear- or all-wheel-drive model. The diesel’s maximum towing capacity will match that of the Grand Cherokee’s available 5.7-liter V8 engine: 7,400 pounds. The diesel motor is an option for the Limited, Overland, and Summit models and is not cheap at $4,500 to $5,000, depending on which trim level you select. It should be available from dealers later this year.

As a side note, Chrysler’s Ram truck brand will offer the same 3.0-liter diesel V6 as an option on its light-duty 1500 pickups. This engine will carry a $2,850 premium over the cost of a similar truck powered by the available gasoline 5.7-liter “Hemi” V8.

Lastly, we take a trip across the Pacific Ocean for a look at the 2014 Mazda 6 SKYACTIV-D. The Japanese automaker is keeping its cards close to its vest for this one. The redesigned 6 with the company’s SKYACTIV gasoline engine is on sale right now. A version with a brand-new 2.2-liter diesel 4-cylinder engine is coming later this year. That’s about all we know about the car at this point. Our best guess is that output will be somewhere in the range of 160 horsepower and 300 pound-feet of torque. Projected fuel economy will probably be somewhere in the realm of the Cruze diesel, maybe slightly less because the 6 has a larger engine and overall size. We’ve driven prototypes of the SKYACTIV diesel engine and came away impressed. We’re also fans of the gas-powered 2014 Mazda 6. Put ’em together, and you could very well have the formula for diesel-fueled success.