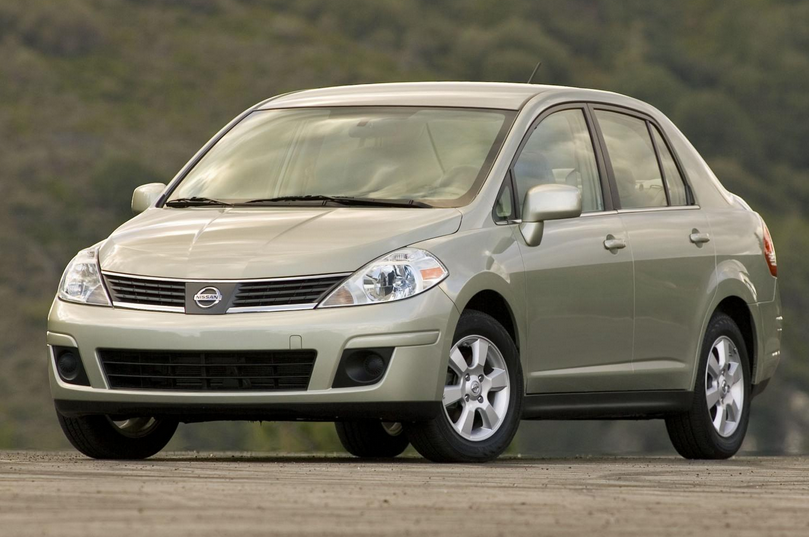 In Wall Street lingo, a dead-cat bounce is a jump in a given stock’s price seen just before it becomes worthless. Traders have gotten rich predicting exactly when foolish optimists will sink money into a hopeless cause.

While no one made millions tracking car prices in 2009, there was a dead-cat bounce of sorts—a reverse dead-cat bounce, actually—and it’s worth discussing.

Predictably, there were some very serious limitations as to how shoppers might equip their bargain rides, and we’ll look at those below.

Both Hyundai and Nissan were able to keep these four-digit starting prices intact until 2012, when both cars were redesigned. No longer the bargains they had been, the least-expensive ’12 Accent started at $13,205, while the cheapest Versa could be had for $11,750—big bounces for such affordable rides. 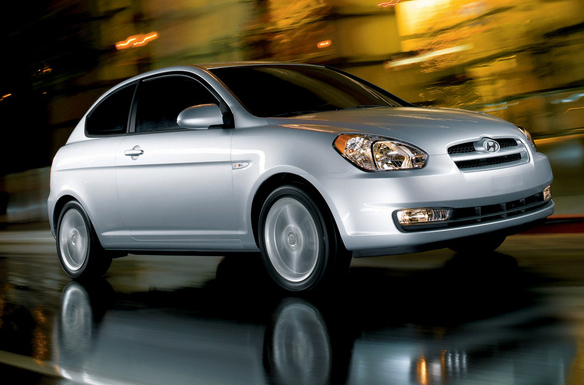 Hyundai split the Accent’s GS trim level into Base and Popular variants for 2009. The Base listed for $2000 less than the Popular, and could be had only as a 2-door hatchback with a 5-speed manual transmission. Additionally, GS Base owners would have to forgo such luxuries as air conditioning, antilock brakes, or a radio.

There were no factory options available on the GS Base, though we’re sure the dealer had a friend that could get you a radio for cheap. 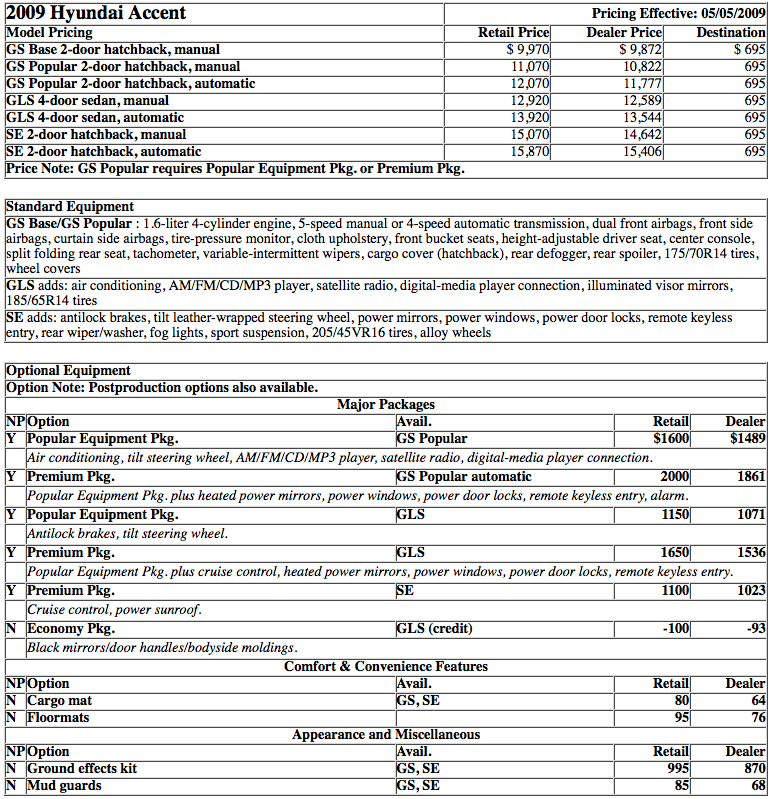 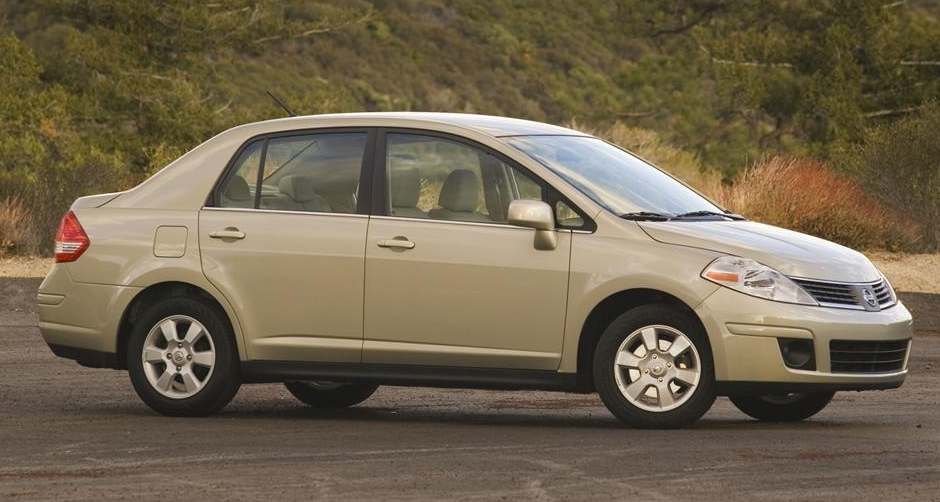 To shave almost $3000 off the Versa’s 2008 base price, Nissan had to take a few drastic measures. For one, a new base engine was introduced for 2009. The new 107-horsepower 1.6-liter mill produced 15 fewer horses than the previously standard 1.8-liter engine did, and could only be had with a 5-speed manual transmission.

The 1.6 Base came only as a sedan, and, like the Accent, could not be had with air conditioning or a radio. Antilock brakes, however, were available for a reasonable $250. 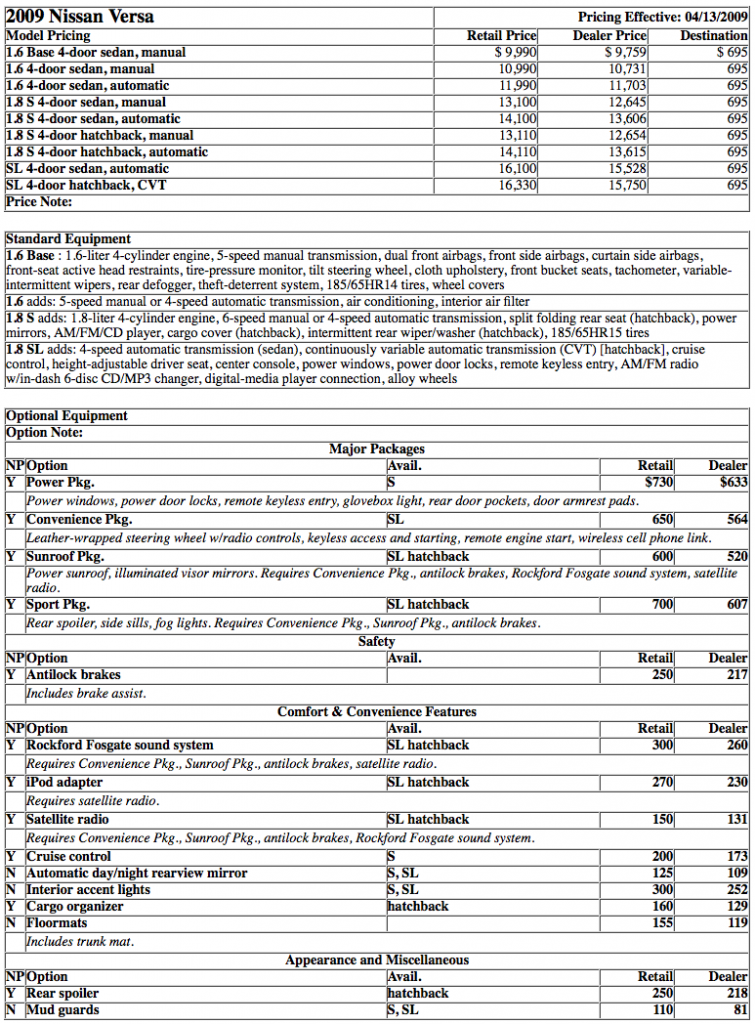