How Much? Six Cool Car Ads with Prices 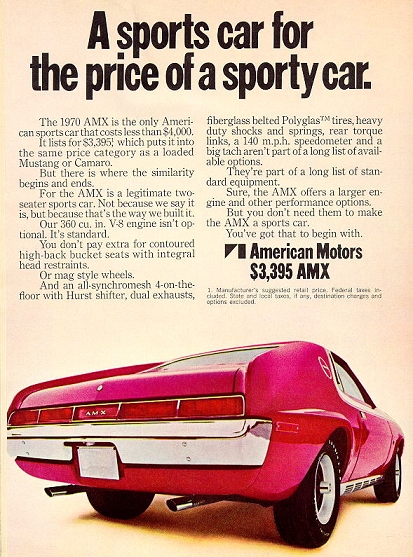 According to the text, this 1970 AMC AMX is priced comparably to a “loaded Mustang or Camaro.”

Automakers tend to avoid talking price at the national level. That’s why it was relatively uncommon to see prices in magazine ads. At the local dealer level, however, that’s where the haggling begins. There’s little more entertaining to a car guy than to find the car ads in an old newspaper. We’ll have to post a collection of those some time soon, too.

With the average transaction price of a new vehicle hovering around $32,000, the prices in these ads now seem a little quaint. But the real charm is in the small print. Apparently “loaded” once meant that a car came with headrests (see the AMC ad above). 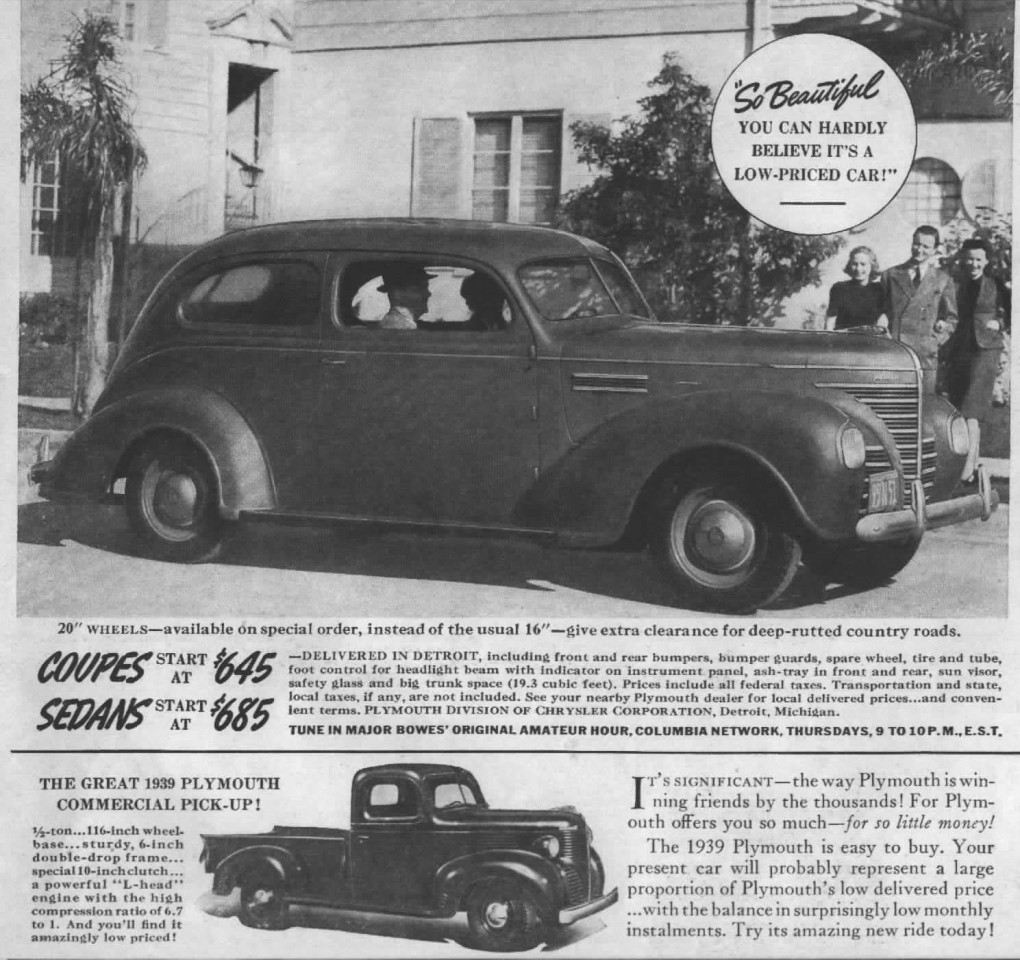 At the time, it was understood that this 1939 Plymouth was one of the “low-price three.” 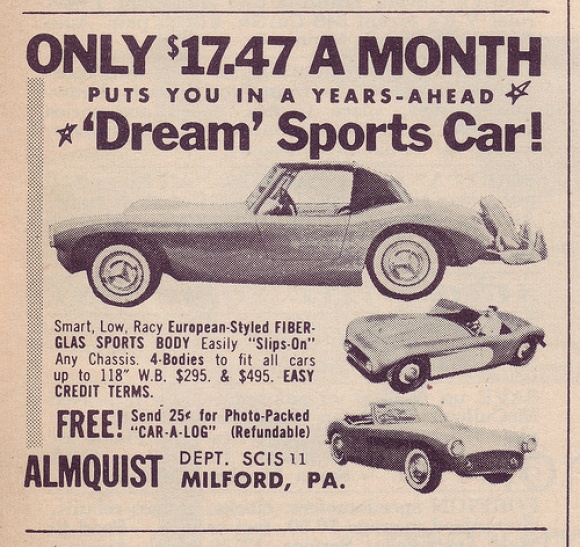 This 1957 Almquist Sable seemed like a deal, until you realized you still had to build it. 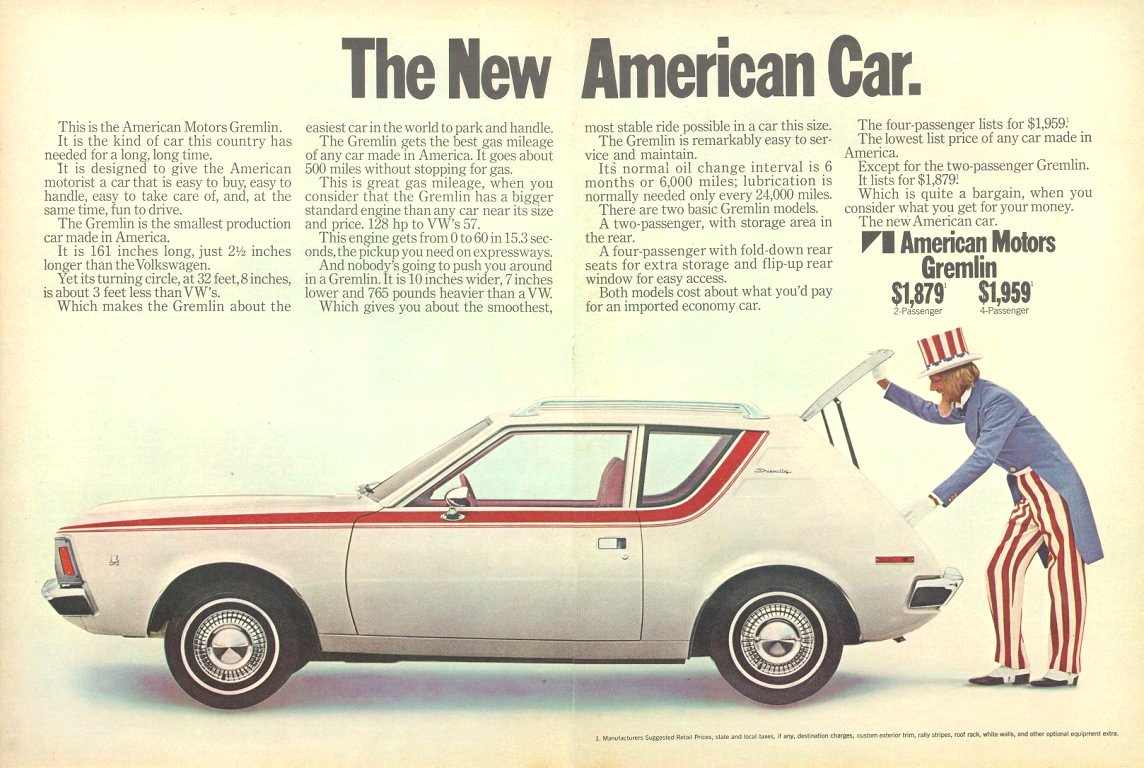 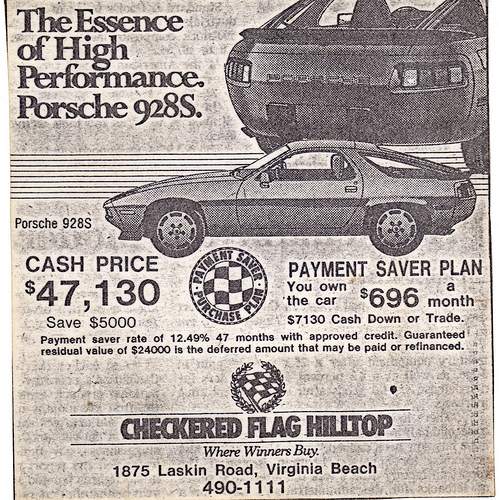 There’s little chance Porsche approved of this dealer price selling a 928. The bargain above is a 1980 model, which can also be leased for about $700 a month. 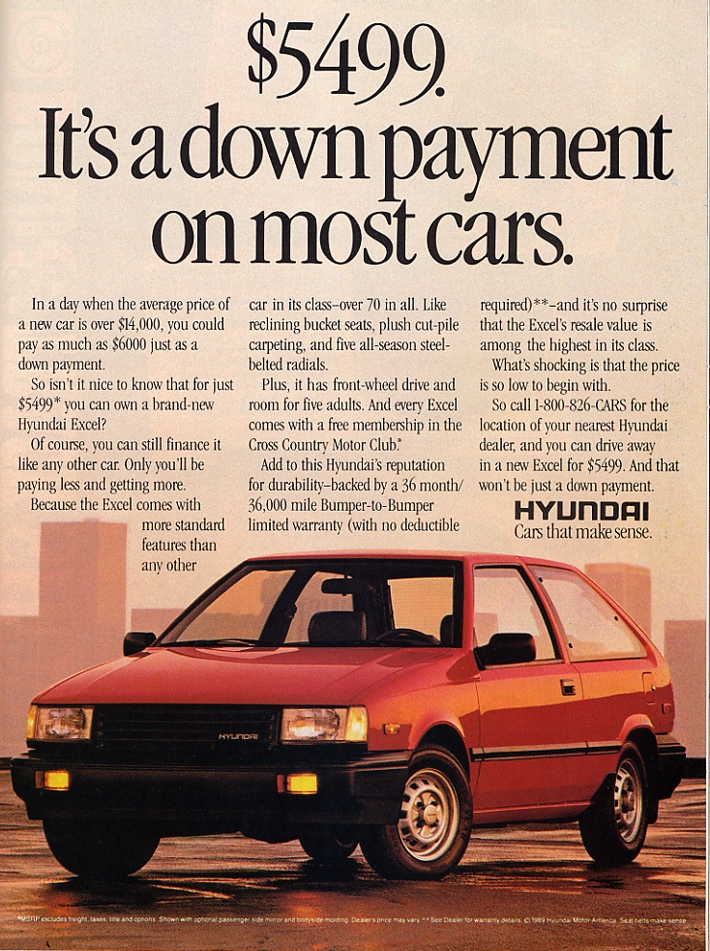