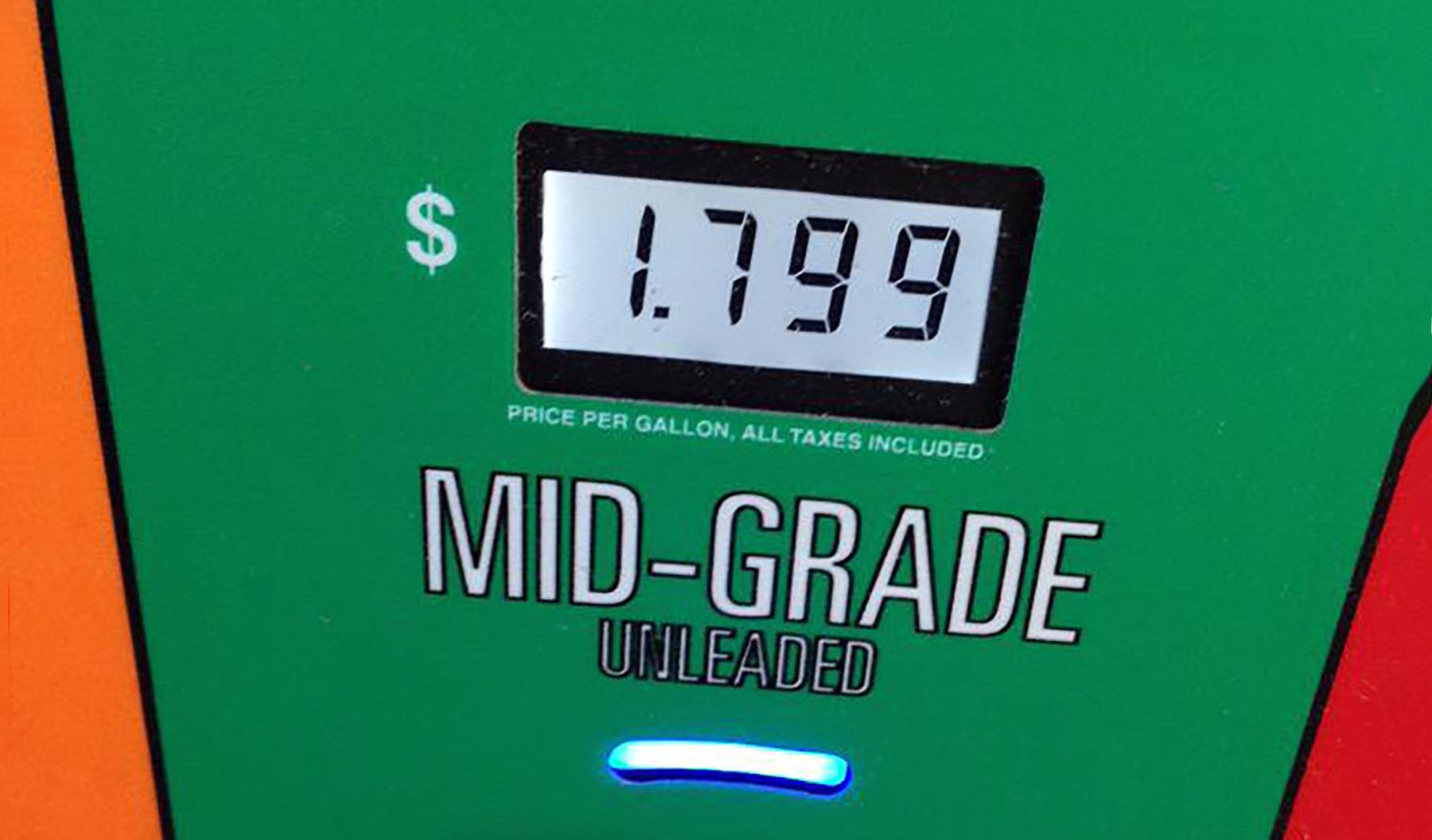 Are there any vehicles that require the use of midgrade gasoline? Read on…

You see it every time you pull in to the gas station to fill up. Situated there, between the regular and premium gasoline options on the fuel pump, is a mysterious third choice: Midgrade. What is midgrade gas? Read on…

The overwhelming majority of car owners fill their vehicles with regular-grade gasoline. This is fine, as regular fuel’s 87 octane rating (which can be lower at higher altitudes and in Mexico) meets the needs of most new-car engines.

Consumers fortunate enough to drive certain luxury or high-performance models may purchase premium fuel, as its higher octane rating (typically 91-93) is often recommended or required for optimal engine performance in those vehicles. 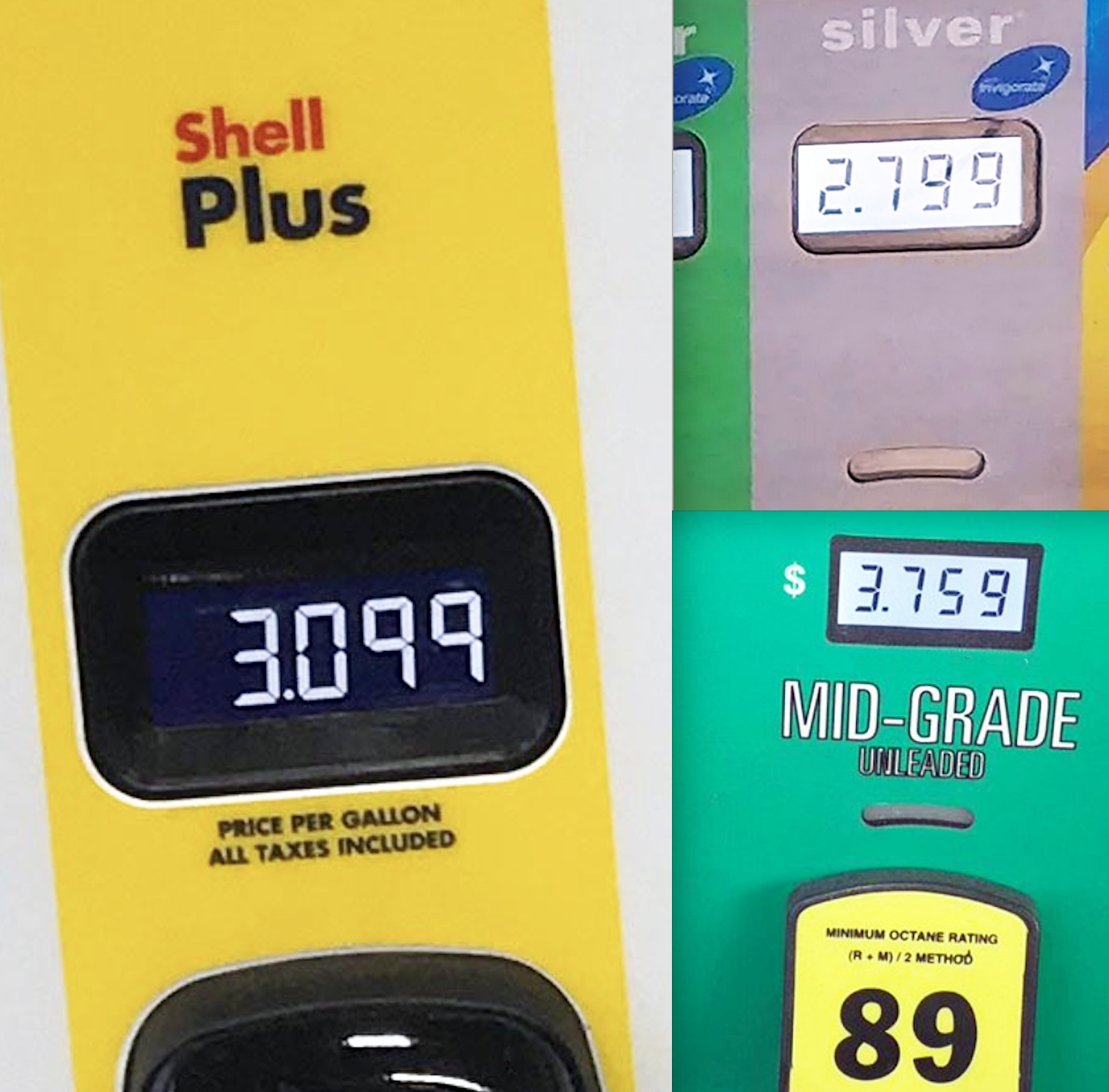 Branded “Silver” or “Plus” by some gasoline retailers, midgrade fuel is usually rated at 89 octane.

But what about midgrade?

Per one industry estimate, about 85 percent of gasoline sold in the U.S. is regular fuel, while roughly ten percent is premium. That puts the midgrade “take rate” at just five percent of total gasoline sales. This leads to an obvious question: Why do fuel retailers bother with midgrade?

What is midgrade gas?

We’ll let you in on a secret: Midgrade fuel doesn’t really exist. In most cases, refineries do not produce a midgrade gasoline blend; instead, the middle-octane option is blended at the fuel pump from a given gas station’s supply of regular and premium gas.

Why does midgrade gas exist?

Midgrade fuel began appearing in 1995, as leaded gasoline was being phased out. At the time, most gas retailers were selling regular (leaded), unleaded (what we now call regular), and premium unleaded gasoline. When leaded gas was phased out, most retailers were left with the infrastructure to dispense three types of fuel, but only two types to sell. Thus was midgrade fuel born.

Do any vehicles require the use of midgrade gas? 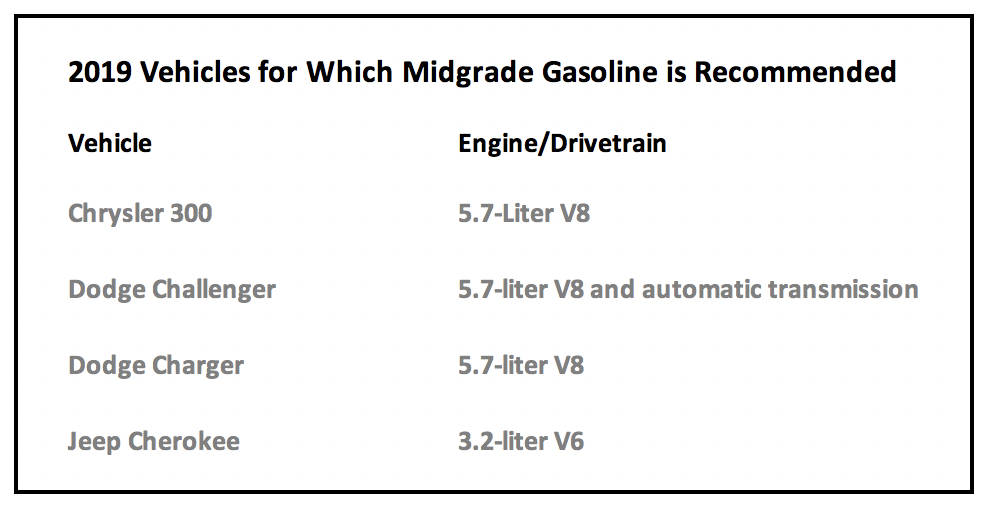 Can I use midgrade fuel instead of premium gas?

Yes, just as you can use regular fuel instead of premium gas. Apart from the cost savings, using lower-octane fuel generally doesn’t pay off however, as fuel economy and performance generally suffer as a result. Additionally, in rare cases, the use of lower-than-recommended-octane fuel in your car or crossover may void your warranty, so proceed with caution.

Will I benefit from upgrading to midgrade gasoline from regular fuel?

Only if your vehicle’s engine suffers from carbon buildup sufficient to result in pre-ignition pinging or knocking. Unfortunately, the small octane jump (typically 87 to 89) that occurs when moving from regular to midgrade gas may not be enough to cure the problem, meaning a move to pricier premium may be in order—or simply resigning yourself to having your car repaired.

There is little to no benefit in using fuel with a higher octane rating than that recommended by your vehicle’s manufacturer.

What about other octane ratings?

Occasionally, you can come across gas stations that offer more than just the traditional three blends of gasoline. This is especially common in Iowa, which, due to local political interest in gasoline blended with ethanol, is a haven for supplemental grades of fuel.

While some of the fuel at these gas stations may seem compelling from a price perspective, we recommend sticking with the gasoline type you generally use. Ethanol can raise the octane rating of gasoline, but it is also corrosive to the fuel system, and returns reduced fuel economy.

Under no circumstances should you use an ethanol-blended fuel with more than 10-percent alcohol content unless you are 100 percent certain your vehicle is factory-designed to operate on such fuel.