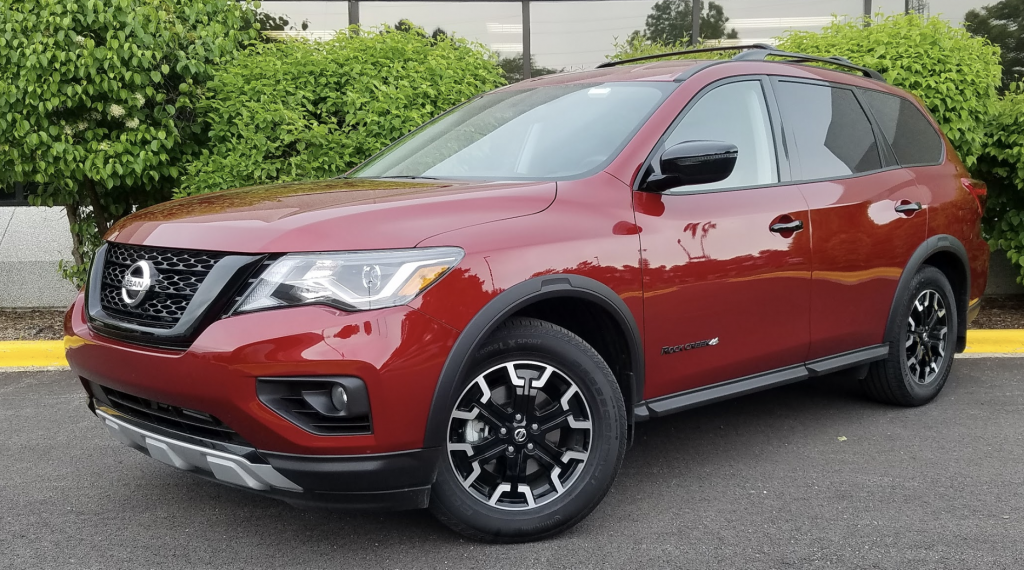 With its latest update being a freshening for 2017, Nissan’s midsize Pathfinder may seem to be behind the times, as many of its chief rivals have been fully redesigned that year or in the years since. But that doesn’t mean the Pathfinder is antiquated. Or at least, not in a bad way. 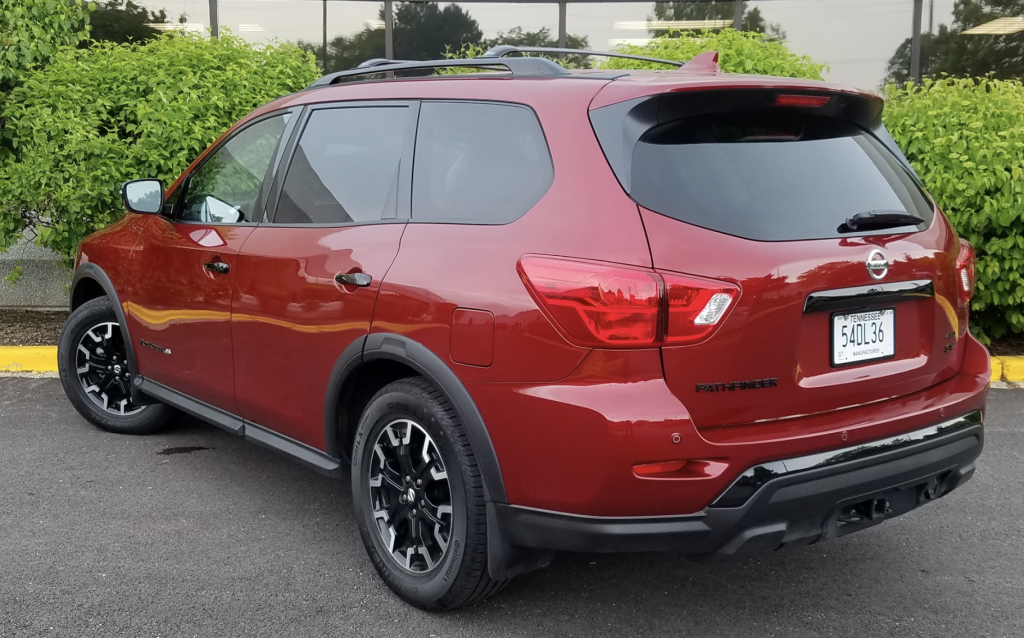 One recent industry trend we can’t sign on to is the move away from traditional knobs and buttons for most infotainment and climate controls. While the sheer volume of them required with today’s expanding technologies encourages at least some to be in layers on a touchscreen, many companies have taken it too far, moving to nearly all-encompassing touchscreen controls that mimic those of a smartphone. But have you ever watched someone using a smartphone? Their eyes never leave the thing. Which is fine unless they’re also trying to do something else. Like … oh … driving.

It may look a bit old-fashioned next to the swoopy lines of some rivals, but the interior hosts clear gauges, a simple control layout, and lots of storage space. On the console is a knob with a “Lock” setting that allows for greater traction in slippery conditions — a rare feature for the class.

Such is not a problem with the Pathfinder, which has gloriously old-fashioned buttons and knobs in abundance, plus the ability to select 36 “favorite” presets of mixed bands with virtual screen buttons. So let’s mark that as a positive.

It also has fairly good visibility all around, with third-row headrests that fold down to clear the view straight back.

A flat floor provides better foot room for a second-row center-seater, and the seat cushion lifts to provide a good-size passage for large items. The second-row seat also slides fore and aft a few inches to balance second- and third-row legroom, and allows a fairly large passage to the third row, which can easily seat average adults.

And you really can’t complain about passenger, cabin-storage, or cargo space, all of which at least match if not top the class norm. We found the front “Zero Gravity” seats to be particularly comfortable, and the rear seat offered ample legroom even with the seat ahead fully rearward along with a flat floor (great for center-passenger foot space), climate controls, and USB/USB-c ports. Furthermore, the third row was easy to access via a large portal created by easily sliding the second-row seat forward, and my 5’9 frame fit quite nicely. Cabin storage included a large glovebox, a decent-size console box with 12-volt/Aux/video/2 USB/SD card plug-ins, a forward console tray under 12-volt/USB/USB-c plugs, and slim side-console bins. Cargo room in back was good, and it augmented with a huge underfloor bin.

Cargo space is quite good even behind a deployed third-row seat, and there’s a huge storage bin beneath the floor. 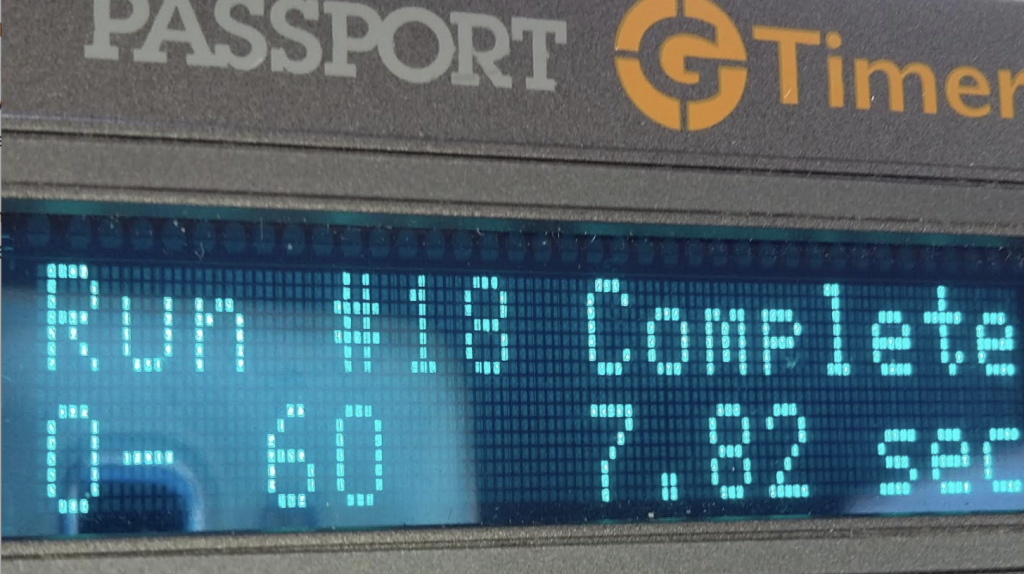 Our timer pegged the Pathfinder at an average of 7.8 seconds 0-60, a decent showing.

Although there’s nothing really “high-tech” about the 284-horsepower 3.5-liter V6, it’s potent enough and very well behaved. The CVT automatic transmission may seem to be more modern, and it works better in this union than in many others, with good off-the-line snap and quick kickdown response. Our test Pathfinder averaged 7.82 seconds in the 0-60 dash – nothing special but not bad, either – though the 20.9 mpg it returned in 80 percent highway driving was a just a bit disappointing. Included with the all-wheel -drive system is a Lock setting that helps in deep snow, a nice — and unusual — touch. The suspension favored ride over handling, absorbing bumps well but with a touch of wallow over swells.

The Rock Creek Edition boasts special exterior badges along with embroidery on the front seat backs and cargo carpet.

The Pathfinder is also not lacking in feature availability. Our test Rock Creek Edition – a new $995 trim package for 2020 that brings unique wheels, trim, and a tow hitch for 6000-lb towing capacity – included 8-way power driver seat with manual lumbar adjustment, heated front seats/steering wheel/ouside mirrors, keyless access and starting, adaptive cruise control, individual tire-pressure readouts with Easy Fill Tire Alert (sounds a beep while inflating tires when proper pressure is reached), and auto-dimming rearview mirror with Homelink transmitter. On the safety front, it offered forward collision warning with automatic emergency braking, blind-spot and rear-cross-traffic alert, and rear obstacle detection. As many of the options were of the dress-up variety, our tester proved that a very well-equipped Pathfinder could be had for well under $40,000 — kind of a bargain these days.

Sometimes perfectly good vehicles get lost in the haze of “New and Improved!” proclamations. Pathfinder seems to be one of them. So if you’re focused on 3-row midsize crossovers, this is one that shouldn’t be overlooked.

If the 2019 Nissan Pathfinder’s clean, uncluttered appearance brands it as “dated,” then so be it. But it’s an otherwise modern, capable family hauler that strikes us as a good value.