Comments
Written by Tom Appel in Brands and Marketing, Commercial Vehicles, Dodge, Pickup Trucks, What was... 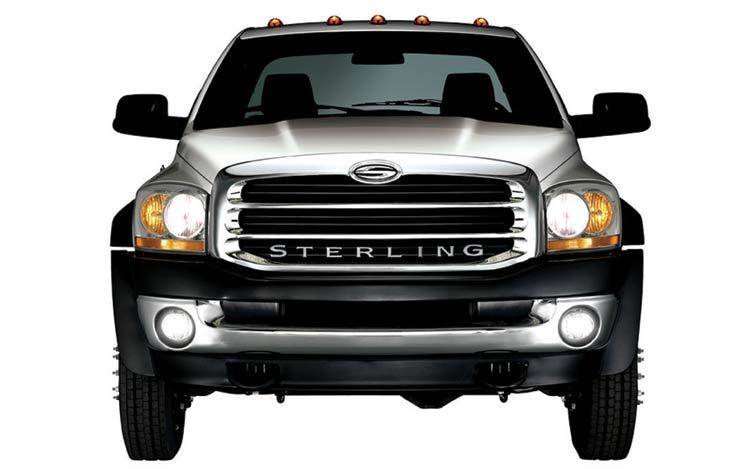 What was the Sterling Bullet, and why do so many truck enthusiasts claim to own one? Read on…

Between 2007 and 2009, commercial-truck manufacturer Sterling sold a rebadged Dodge Ram chassis cab as the Bullet.

That, in a nutshell, answers the question: What was the Sterling Bullet? But the story gets so much more interesting from there…

Sterling, at the time a division of Freightliner, had been producing heavy-duty Class 6, Class 7, and Class 8 trucks–basically big trucks in the classes just below and including semi tractor-trailer rigs. Looking to expand the company’s reach, Sterling entered the medium-duty truck market by following the easiest path possible: rebadging another company’s trucks and selling them as its own. For this, Sterling turned to Dodge.

As both Sterling (via Freightliner) and Dodge were divisions of DaimlerChrysler at the time, the arrangement was fairly simple to execute.

Between 2007 and 2009, Sterling sold a clone of the Ram 4500 and Ram 5500 dubbed Bullet. The only differences between the trucks, aside from their names, were the grilles and the door badges. (The Dodge Ram is pictured at right.)

With only the simplest of tweaks, the Dodge Ram 4500 and 5500 became the Sterling Bullet 4500 and 5500. Like the Dodge Rams, the Sterling Bullets were sold only as chassis cabs. Both the Rams and the Bullets came only with a 6.7-liter Cummins diesel engine, offered the choice of a 6-speed manual or 6-speed automatic transmission, and were available in regular-cab or crew-cab configurations. 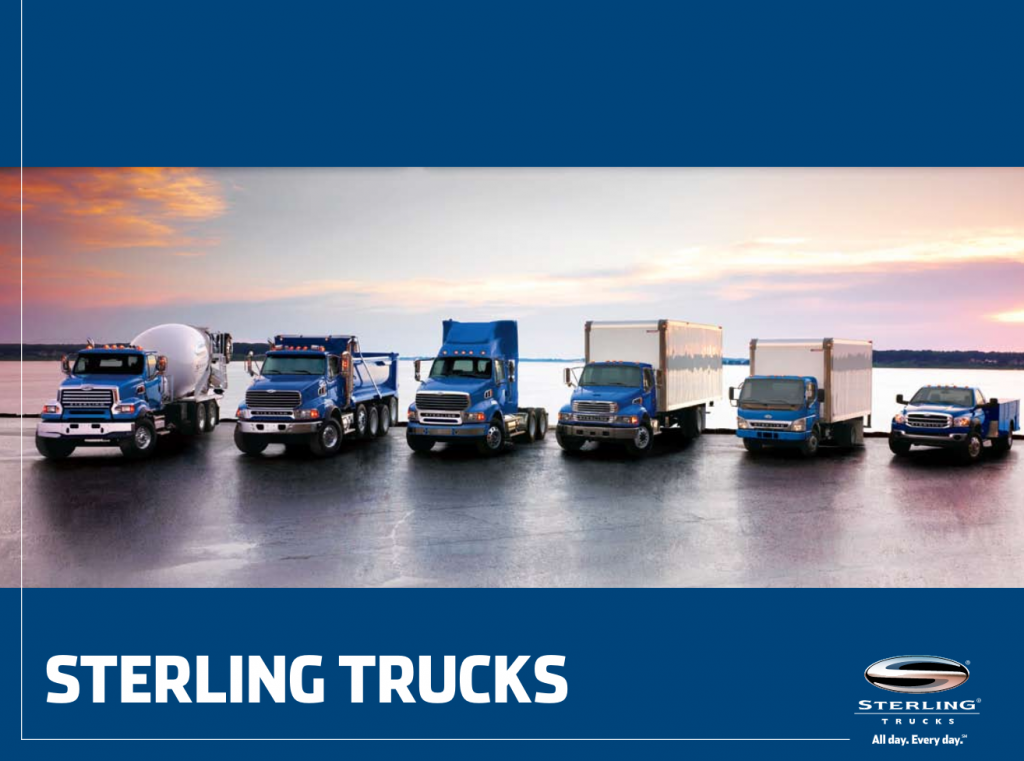 The Bullet (far right) was the lightest-duty member of the Sterling family of trucks.

And that should be the end of the story. Bullet production ended in the aftermath of the economic crash of 2008-09, when DaimlerChrysler chose to shutter the Sterling brand for good.

However, the Sterling Bullet has a legend bigger than the truck itself, and enthusiasts of the short-lived rig enjoy propagating the myth.

Poke around any Dodge/Ram truck message board long enough, and you’ll find at least one guy who swears he owns a Sterling Bullet pickup truck. This despite the fact that no such truck was ever built.

The Sterling pickup story has a following not unlike that of Bigfoot, Chupacabra, or the Tucker convertible.

So many people want to believe that a few 3500-series Bullet pickups were built for Sterling executives—but that really wasn’t the case.

So, what about the guy who claims to own a Sterling pickup? There are three possible explanations for this:

The dude is lying

Guys on message boards lie all the time. I worked with a guy who told me his Monte Carlo was good for 200 mph. I don’t doubt that he’s shared the same story online dozens of times.

This has happened a number of times, and there are plenty of pics online to prove it. Pickup beds aren’t all that expensive, and they bolt on to the frame rails of most chassis cabs with little difficulty. 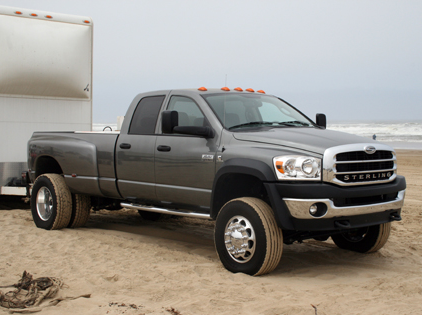 Sterling never sold a Bullet pickup truck. This is either a Bullet chassis cabin fitted with a pickup bed, or more likely a Dodge Ram 3500 fitted with a Sterling grille and door badge.

The dude just slapped a Bullet grille on a Ram

This is the most likely scenario. Poke around online and you will find many Dodge Rams adorned with a replacement Bullet grille. We know these are Rams, in fact, because many of them are 1500- and 2500- series trucks, which Sterling did not mess with.

As the grille and fender badges were really the only trim elements that distinguished Bullets from Rams, the “conversion” is relatively simple. One complicating hitch is the price of Bullet grilles. Popular demand for the grilles has driven the price up to around $600 for an original-equipment piece. Bullet door badges typically run from $50 to $100.

We were unable to nail down any production figures for the Sterling Bullet, but the total build count was likely in the hundreds, not thousands. Given the limited run of Bullets, we would not be surprised to learn that there as many—if not more—fake Ram Bullets out there as there are real Sterling examples.