Comments
Written by Tom Appel in Classic Cars, Engines, GMC, Technology, What was... 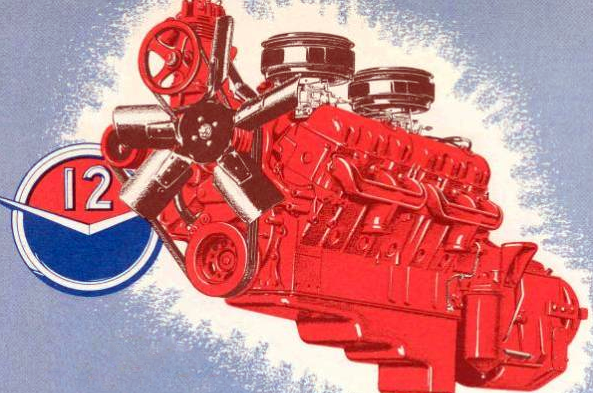 With the recent unveiling of the redesigned 2019 Sierra, GMC has vowed to build a pickup truck that is significantly different than its corporate cousin, the Chevrolet Silverado. This is good news to pickup lovers who remember recent examples of these two pickups that differed only in name and minor trim elements. 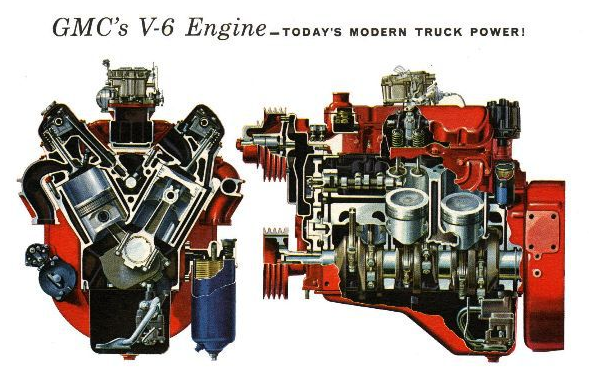 The Twin Six was born of GMC’s family of V6 engines, which debuted for the 1960 model  year.

There was a time, however, when GMC and Chevy trucks differed not only in style, but also in drivetrain availability.

Redesigned alongside the new-for-’60 Chevrolet truck roster, the 1960 GMC pickup truck line played host to a series of all-new V6 engines that would be exclusive to the brand. While Chevrolet trucks soldiered on with a lineup of familiar straight-six and V8 mills, GMC’s truck lineup—including medium- and heavy-duty rigs—went almost exclusively with the new V6s.

Though their horsepower ratings were relatively low for their respective sizes, GMC’s V6 engines developed impressive amounts of torque at very low rpm. The 305, for example, cranked out 260 pound-feet at just 1600 rpm—really just a little over idle. Thus, these low-revving mills were perfect for the sort of lugging, towing, and hauling that people at the time purchased trucks for.

Why go with a V6 instead of a V8? Apart from an inherent lack of smoothness compared to a similar-displacement V8, V6 engines feature fewer moving parts, shorter (and thus lighter) crankshafts, as well as stouter and more rigid blocks, all of which should have—and reportedly did—result in engines that were long-lived and inexpensive to maintain.

GMC also developed a large-displacement diesel using the same V6 architecture. Though the diesel variant was a powerful companion to the gasoline-fueled V6s, many customers shunned it, opting to stick with gas. For these customers, GMC needed an even-bigger engine for use in its beefiest heavy-duty rigs. Enter the awe-inspiring GMC Twin Six. 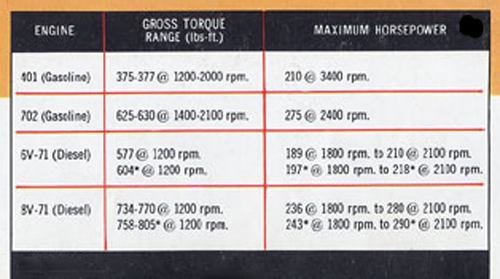 GMC developed a diesel-engine family based on its new V6, but buyers didn’t flock to them. Since it produced prodigious amounts of torque, the 702-cubic-inch Twin Six proved a capable powerplant alternative for truck shoppers who were averse to diesel engines.

Displacing a jaw-dropping 702 cubic inches, the Twin Six was, and remains, one of the largest road-going mass-produced gasoline engines of all time. 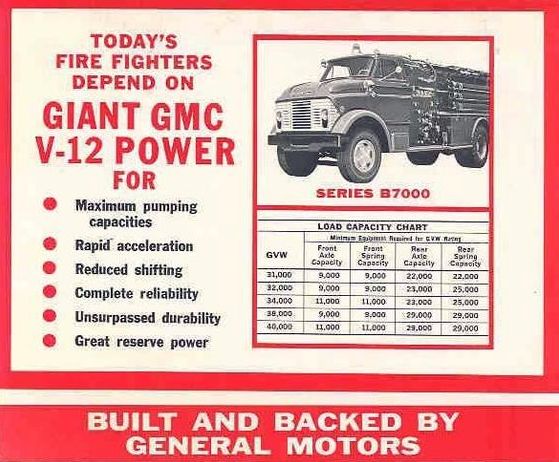 Though well regarded for its power and reliability, the Twin Six was expensive for GMC to build. The engine was easy to advertise, however, as seen in this ad for a B-Series fire truck.

Contrary to popular belief, the Twin Six was not the simple union of two 351-cubic-inch engines welded together. The Twin made use of a unique single-piece block and one-piece crankshaft, the latter of which weighed 180 pounds.

Like its V6 cousins, the Twin Six wasn’t much for churning out horsepower. Despite displacing 11.5 liters, the hulking V12 was rated at just 275 gross horsepower (about 250 net horsepower). Torque, however, was a different matter. The mighty Twin Six cranked out a mind-blowing 630 pound-feet  at just 1600 rpm—a number not far shy of the best Duramax and Power Stroke diesels of just a few years ago.

Because of its size and the fact that it tipped the scales at around 1500 pounds(!), the Twin Six was not easily packaged—it was only made available in GMC’s B-, BW-, L, and LW-Series medium and heavy-duty trucks.

GMC sold a fair number of Twin Six engines for stationary use, as they became popular for jobs such as powering generators and irrigation pumps.

Though considered reliable and relatively inexpensive to operate, the Twin Six was costly for GMC to produce, so it didn’t stick around too long. It was replaced by an eight-cylinder engine for the 1967 model year.

The new engine was also a product of GMC’s V6 architecture, meaning it made use of a 60-degree cylinder angle—a bit odd for a V8. Displacing a whopping 637 inches, the new mill produced as much horsepower as the Twin Six, and only a little less torque.

All told, fewer than 5000 Twin Six engines were produced, most of which have long since been scrapped. Today, surviving Twin Six engines are sought-after collectors’ items; some are even massaged for hot-rod use, as this company does.

For 2018, the largest-displacement gasoline engine available in a GMC truck is GM’s 6.2-liter V8. This potent mill is rated at 420 horsepower, but just 460 pound-feet of torque. 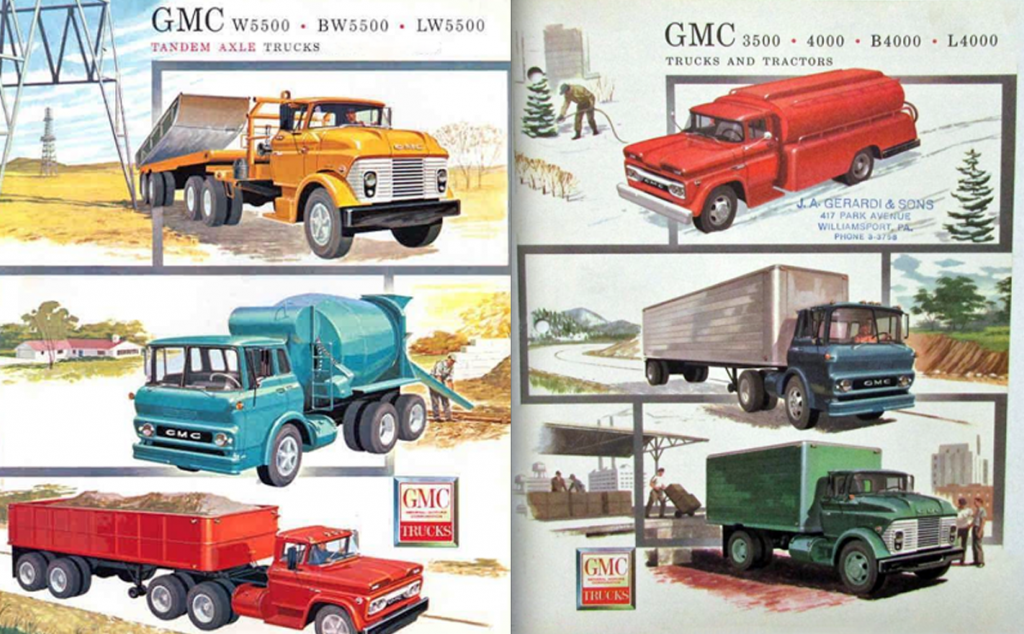 The GMC Twin Six was available in most of the brand’s medium- and heavy-duty trucks.