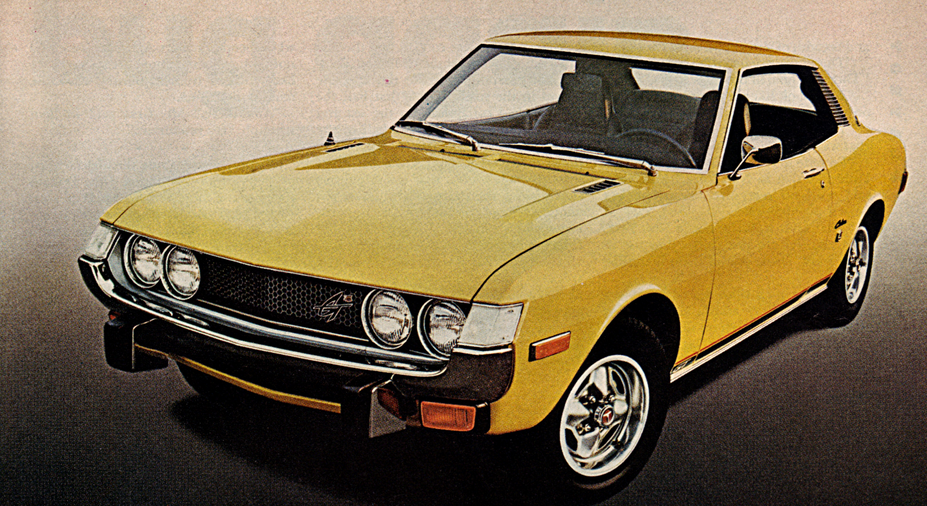 Battered by inflation, an energy crisis, and new low-lead gasoline, the American car shoppers of 1974 really weren’t in the mood for happy advertising that promised ethereal virtues such as spirit, pride of ownership, or neighborhood one-upmanship.

Instead, the car ads of the day—at least a good number of them–reflected the nation’s collective sour mood, and focused on the nuts-and-bolts aspects of the ownership experience. Instead of power and style, the focus had shifted to fuel economy, cost of ownership, and—interestingly—higher-content entry-level cars–the latter ads appealing to shoppers considering downsizing for their next new-car purchase.

Submitted here for your consideration, please find ten classic print ads and one vintage TV spot–each of which does a nice job demonstrating what might be referred to as a new national cynical attitude. 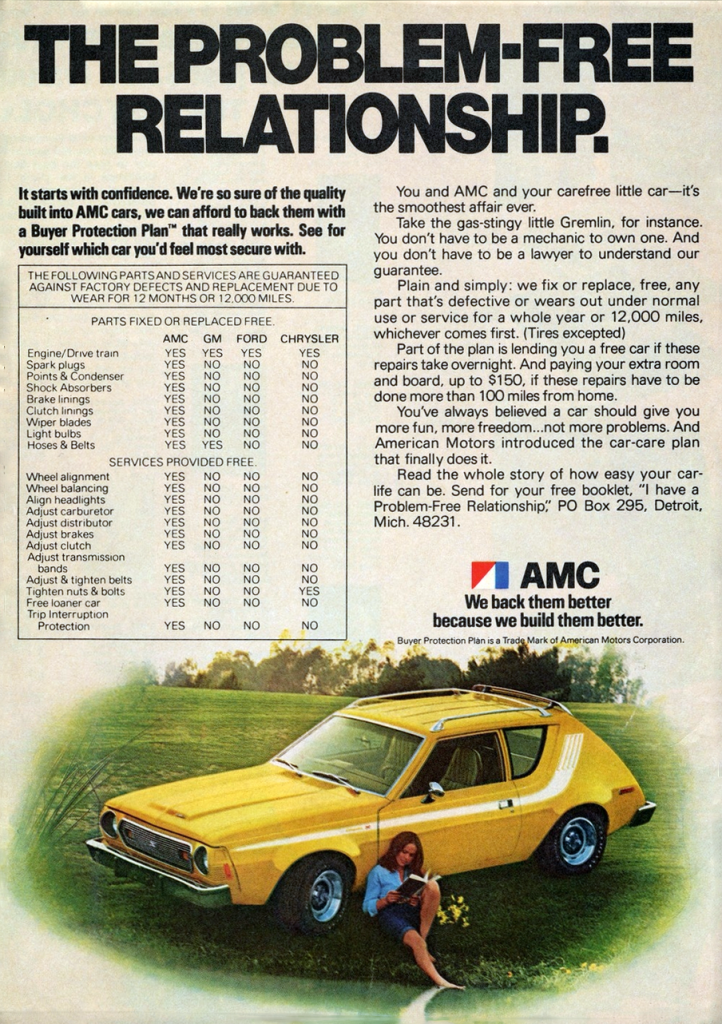 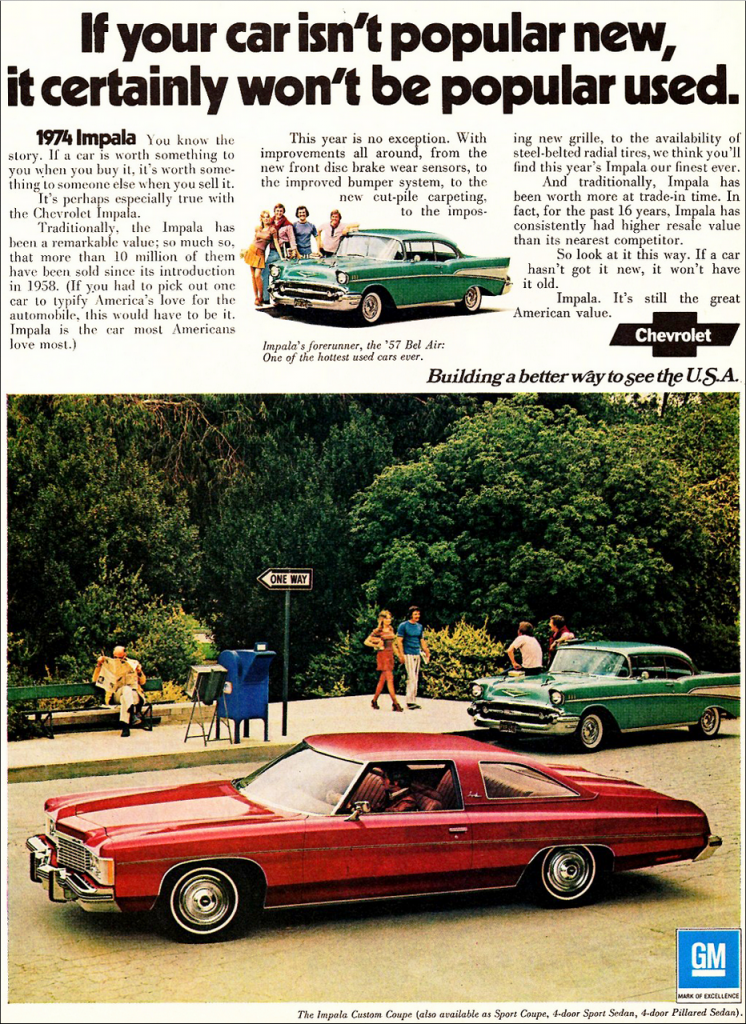 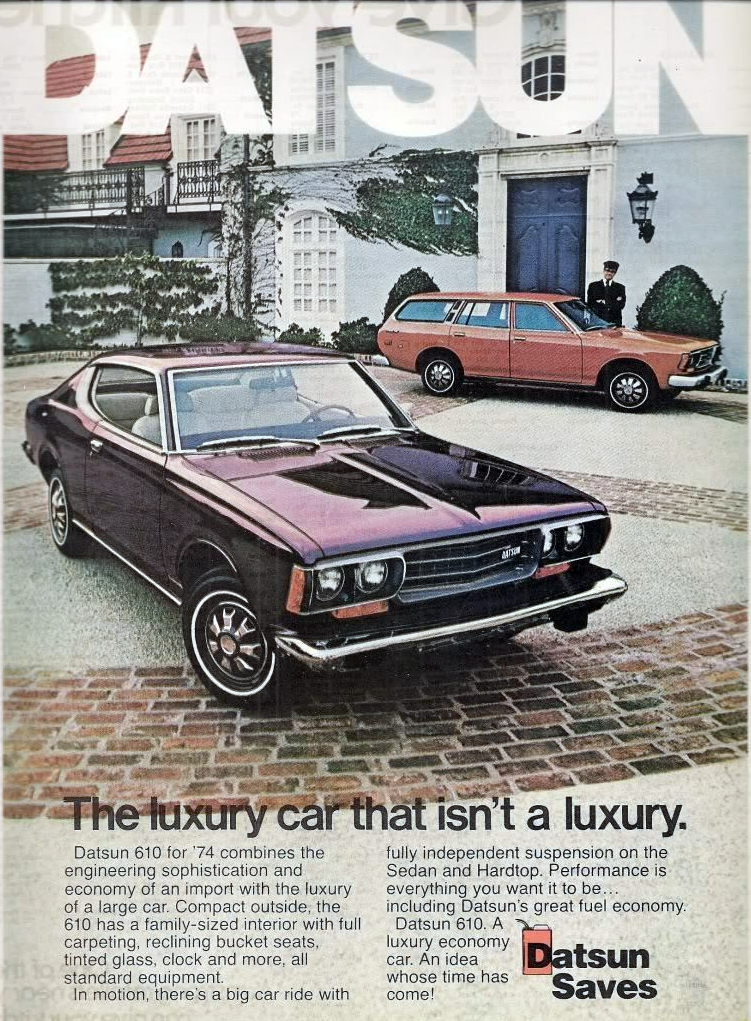 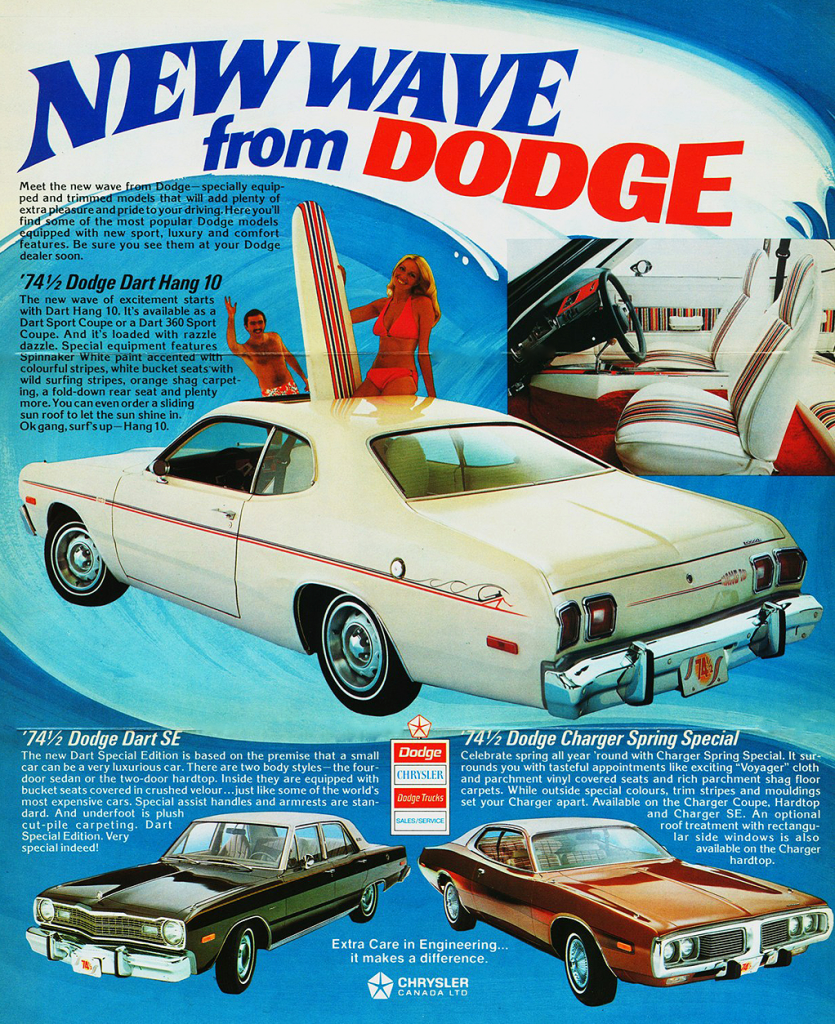 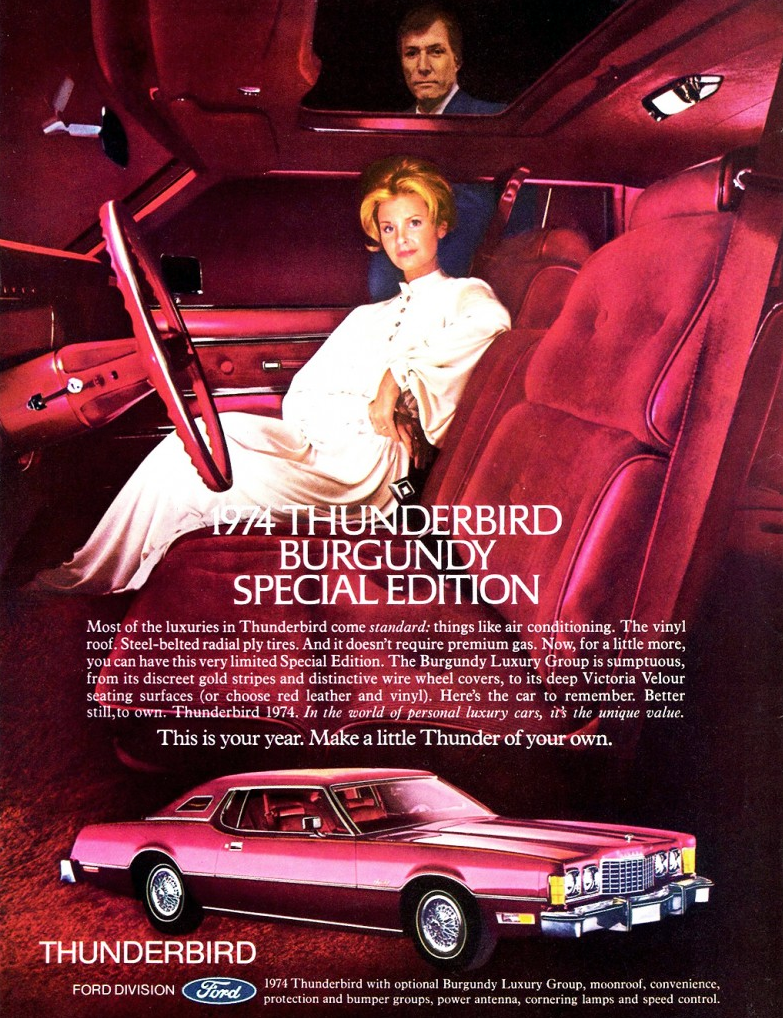 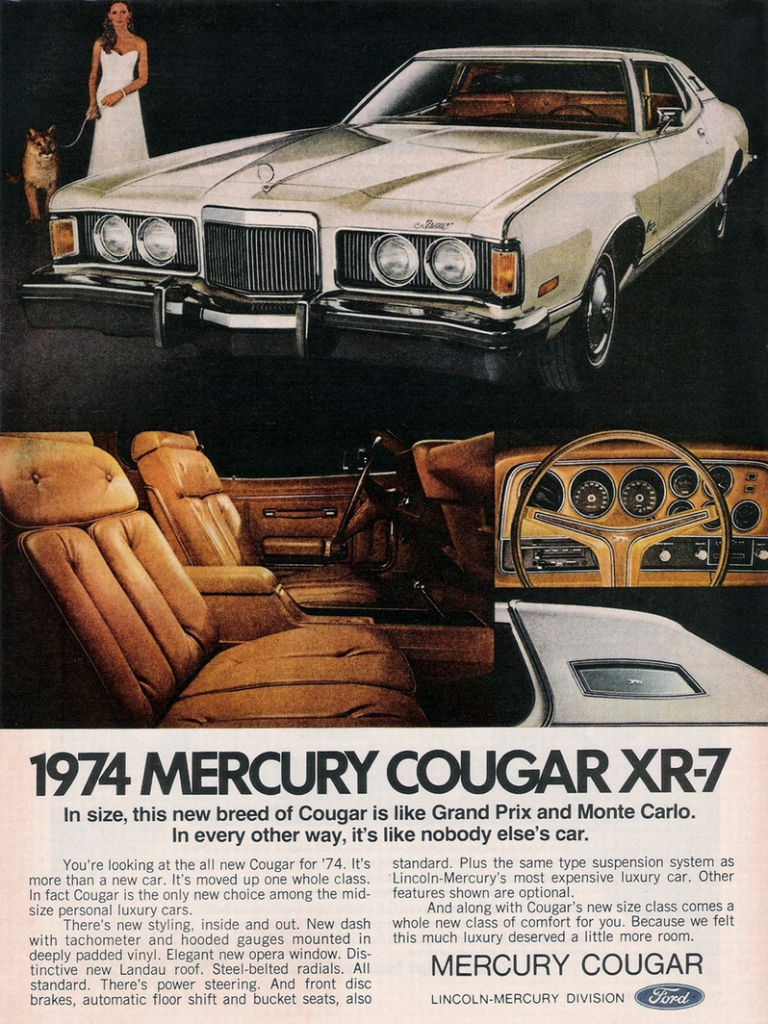 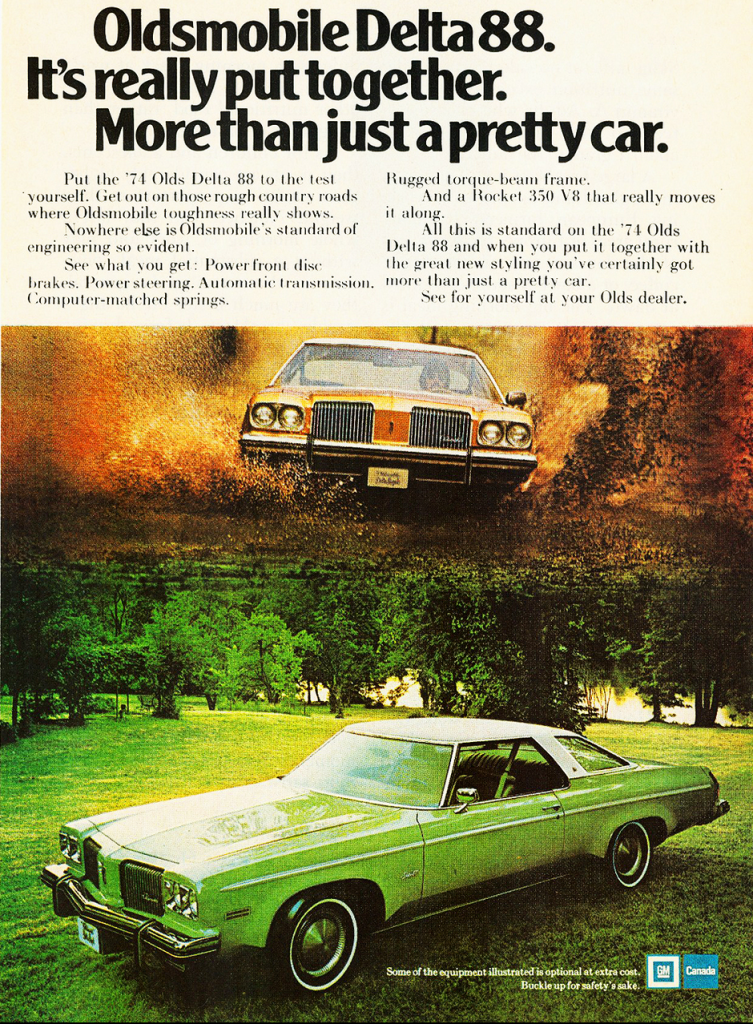 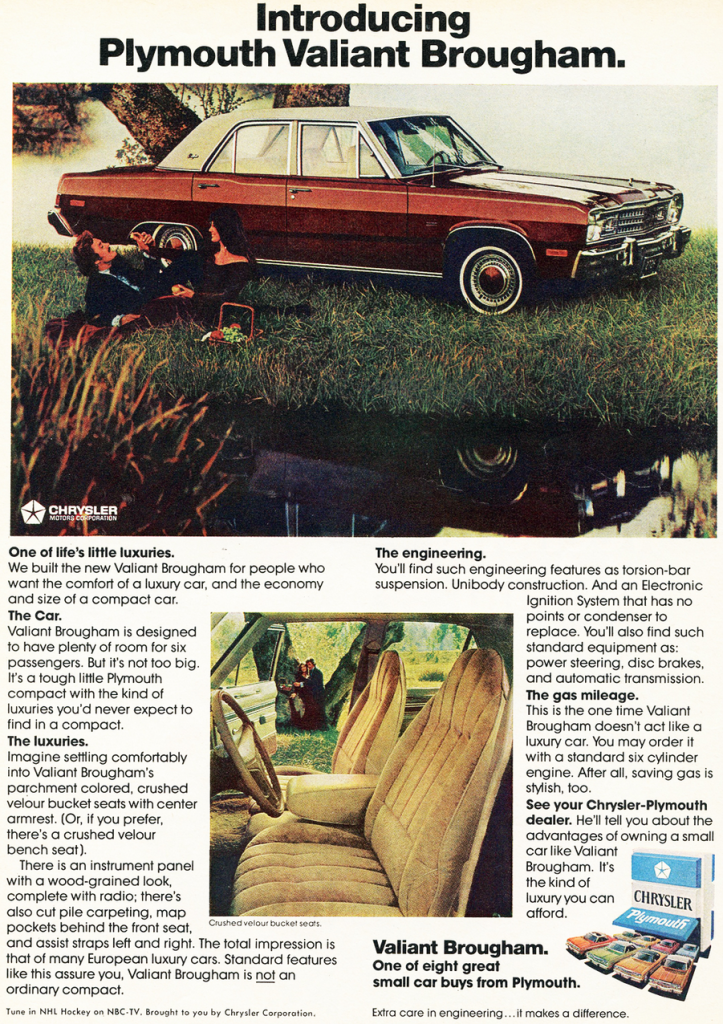 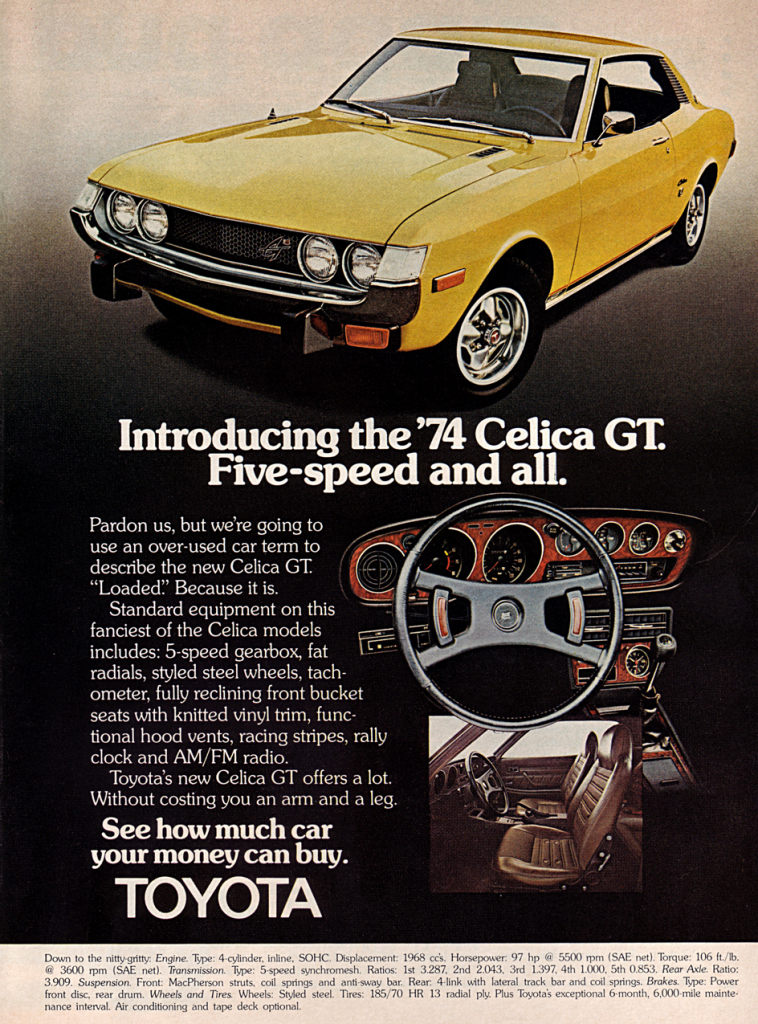 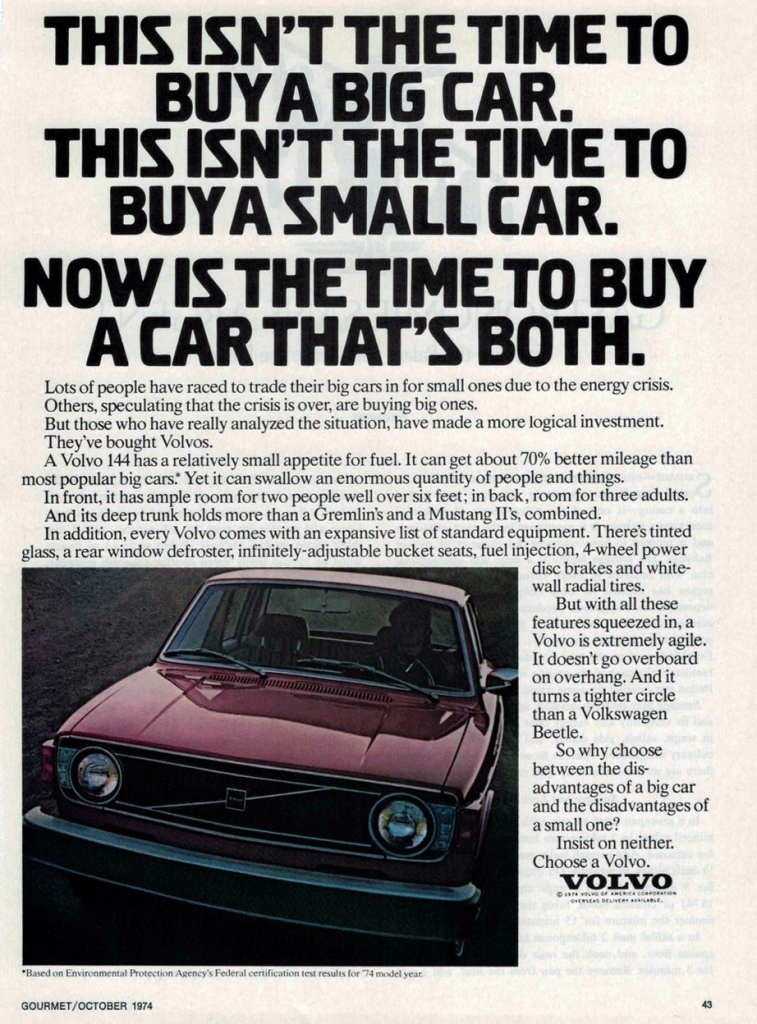