Badges of Humility: Classic Rides of a Lower Order 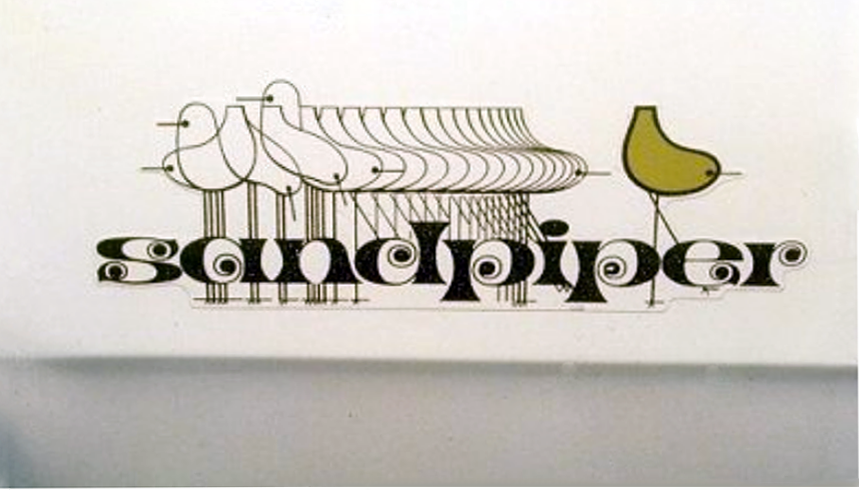 The badge of the 1977 Chevrolet Chevette Sandpiper, which was on both sides of the car.

Nowadays, it’s probably not a good idea to name a car after an ethnic slur. (Just ask Paula Deen.) But to some Americans in the 1950s, stereotypes seemed like a handy, shorthand way of identifying a group of people. Back then, those of Scottish descent were known for being frugal. Hence, thought the marketing whizzes at Studebaker-Packard, why not make a stripped-down model and call it the Scotsman? Let’s explore the Badges of Humility.

The 1957-58 Studebaker Scotsman included such shortcuts as a painted grille (instead of chrome), a cheaper heater, rear windows that didn’t roll down, and an antiquated  flathead engine. Frugal shoppers loved the sticker price ($1,776), but they were fingered by those in the know as a bunch of cheapskates.

Ford Pinto MPG Wagon
Consumer Guide reported in Auto ’76 that any Pinto with a 2.3 engine had “very restricted capability.” The worst of the lot was the Pinto MPG Wagon. Warned Consumer Guide: “The station wagon requires the power of the [optional] V6 to maintain performance and still carry heavy loads.” 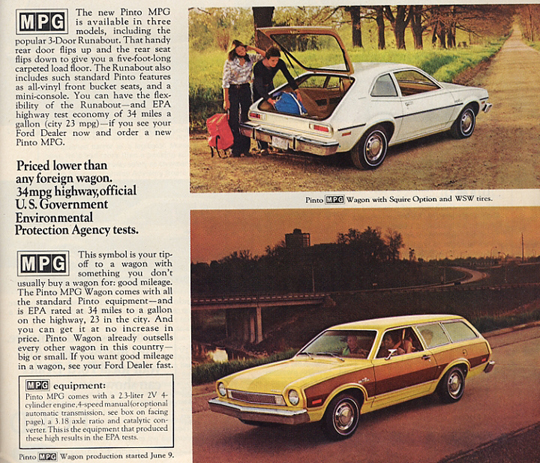 Cadillac DeVille and Fleetwood V6
In the middle of the 1980 model year, Cadillac introduced a V6 option for its full-size DeVille and Fleetwood series. This was a big deal, since Cadillac hadn’t used anything less than a V8 since 1914. However, GM execs hardly trumpeted the news, since they knew that this Buick-built 4.1-liter unit didn’t have the suds to power two of the largest, heaviest cars on the market.

Customers who chose the V6 got a $165 credit. “In performance terms,” declared Consumer Guide editors at the time, “that’s hardly a bargain. Our test car [Fleetwood V6] needed a diesel-like 22.6 seconds to reach 60 mph from rest. . . . The Fleetwood was some 4.5 seconds slower than our test Buick Electric Park Avenue equipped with the same engine.”

Anyone who bought a Fleetwood V6 set himself up for car-guy interrogation. But at least the Fleetwood V6 Brougham—and there was such a thing—looked classy.

Chevrolet Chevette Sandpiper
A sandpiper is a cute little shorebird that flies with very fast wingbeats. “Cute” and “fast” did not describe the Chevette, Well, maybe cute did.

As a trim package on the 1977 Chevette, the Sandpiper included a large badge on both the driver and passenger sides that looked like it belonged on a Partridge Family album cover rather than an automobile. The car came with a “reef”-patterned interior and two exterior colors, one of which was Cream Gold.

The narrator of the video below declares that Sandpiper “has its own unique identity and exterior paint treatment. Inside, the Sandpiper theme is gold with light yellow gold seat fabric, dark gold cut-pile carpeting, and a special gold-colored instrument panel.”

We’re not sure how all this “gold” fits in with the sandpiper motif. The dang bird is brown.