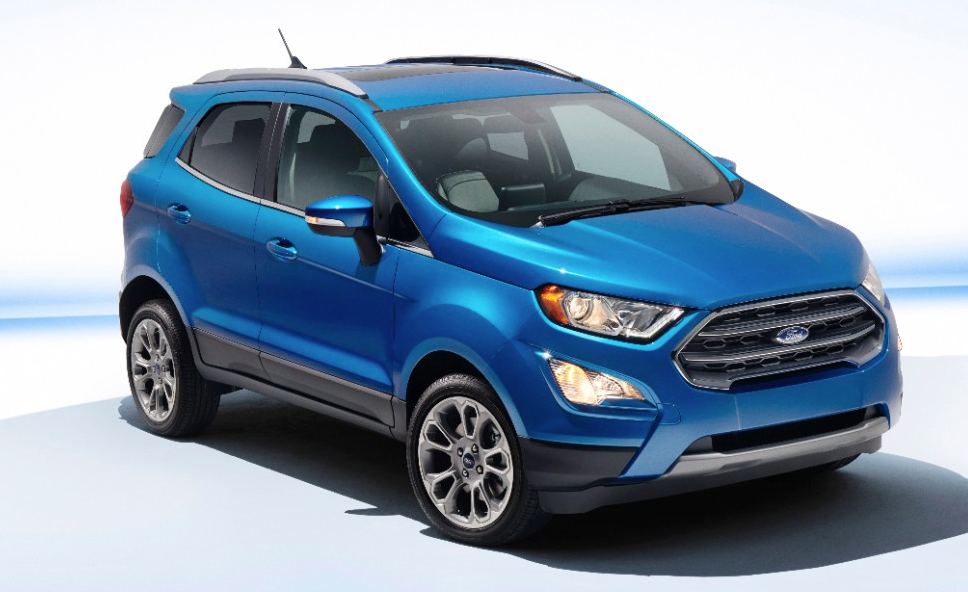 LOS ANGELES–Ford finally steps into the thriving subcompact crossover SUV market with the 2018 EcoSport. Ford’s smallest SUV has actually been on sale in some global markets for several years now (in fact, the second-generation model debuted for 2013), but the company is now set to bring it to our shores—with numerous revisions and updates likely for the American market. 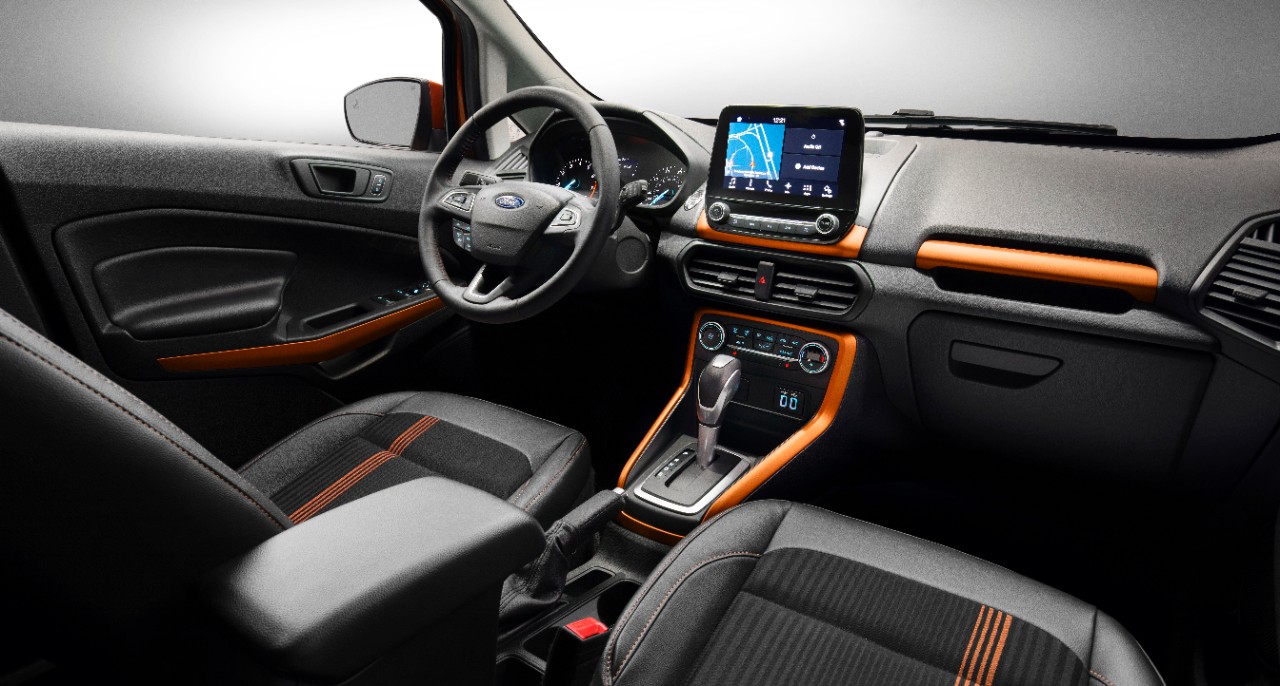 The EcoSport is a pint-sized 4-door crossover SUV that is roughly the same size as class competitors such as the Buick Encore, Chevrolet Trax, and Honda HR-V. However, it stands out a bit from its rivals by offering a swing-open, driver-side-hinged tailgate instead of the typical top-hinged liftgate. Ford’s 1.0-liter turbocharged EcoBoost 3-cylinder is standard on front-wheel-drive EcoSports. All-wheel-drive models come standard with a 2.0-liter 4-cylinder.

We’ll have to wait a while to see the EcoSport hit the streets here… it’s slated to arrive in dealerships in early 2018. 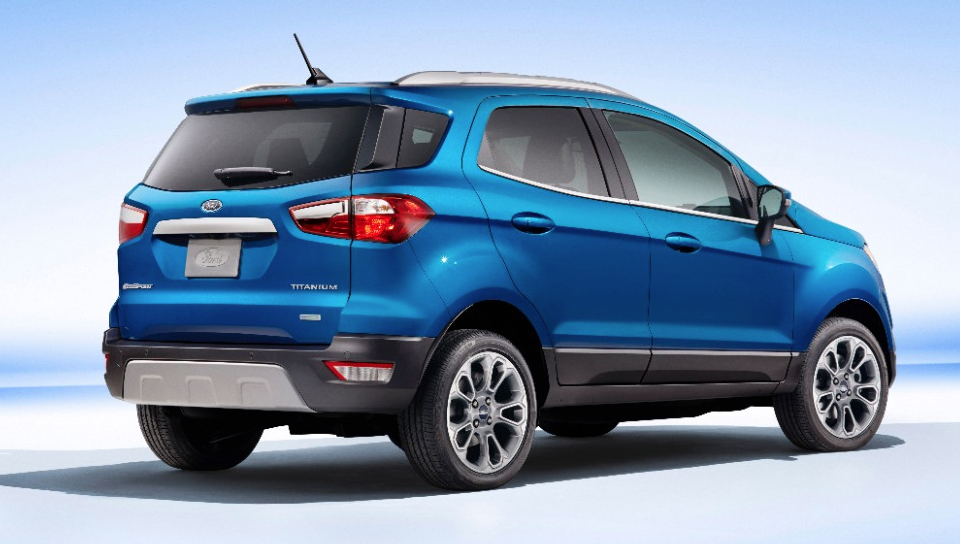 Ford is a little bit late to the subcompact SUV party, but the EcoSport looks to be a credible competitor in the class. Other than the swing-out tailgate and mobile connectivity functions, we don’t see any truly standout features here, but Ford has been achieving a surprising level of all-around refinement in its small vehicles in recent years. The EcoSport’s fit and finish, interior materials, and driving personality may end up being a cut above some established class rivals—with a possible price premium to match.