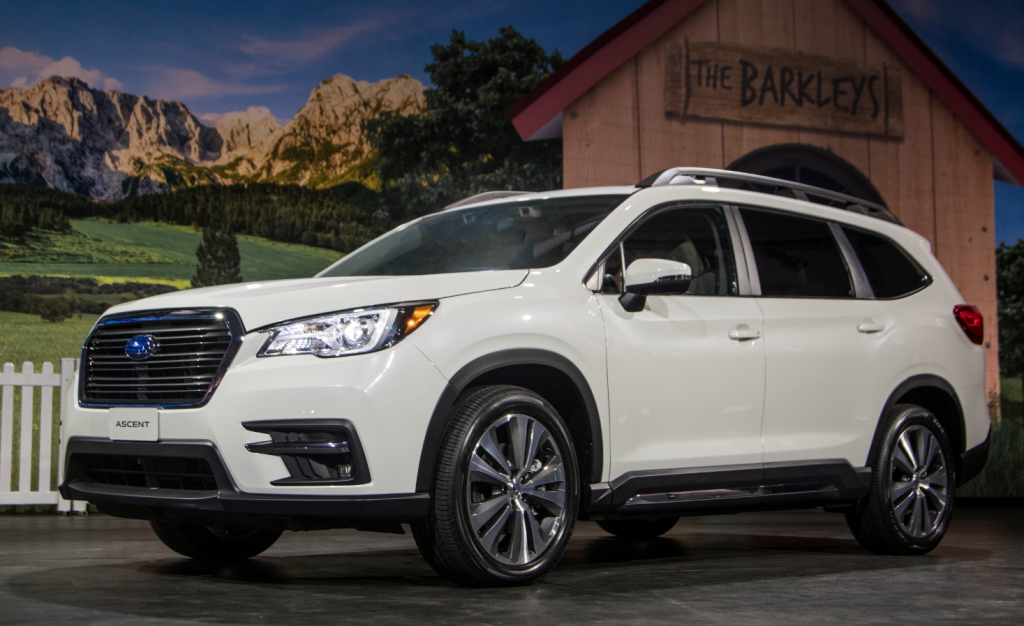 Subaru introduced the production version of its new 3-row midsize SUV in conjunction with the 2017 Los Angeles Auto Show. The 2019 Subaru Ascent is the biggest Subaru ever built; it can seat up to 7 or 8 passengers (the second row can be equipped with captain’s chairs or a bench seat), and offers 153.5 cubic feet of passenger volume and up to 72.6 cubic feet of cargo space. 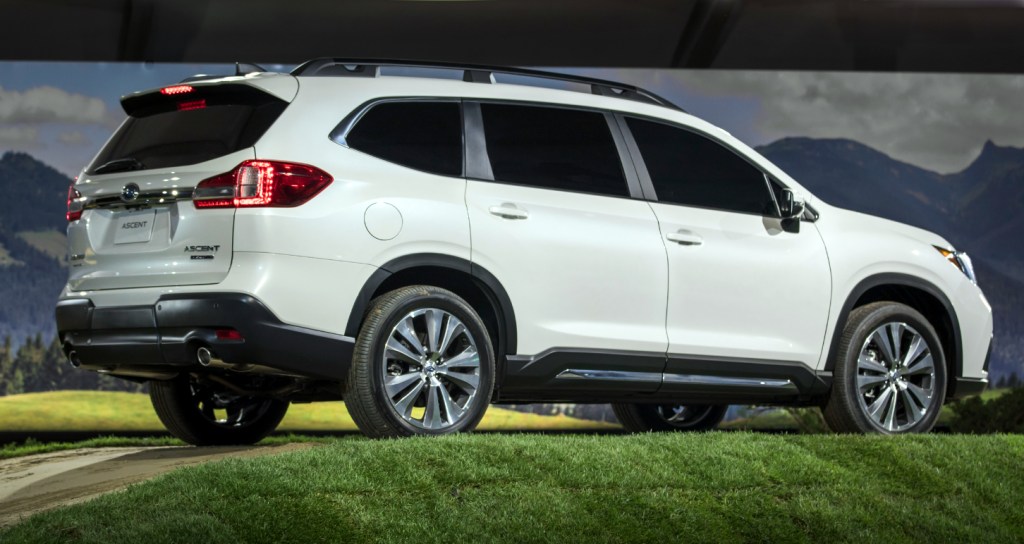 Power is provided by an all-new turbocharged 2.4-liter 4-cylinder engine paired with a continuously variable automatic transmission (CVT) and Subaru’s Symmetrical All-Wheel Drive system with Active Torque Vectoring. The powertrain is rated at 260 horsepower and 277 lb-ft of torque, and Subaru says maximum towing capacity is 5,000 pounds.

The 2019 Subaru Ascent is scheduled to arrive in dealers in early summer 2018.

Subaru first teased the Ascent a year ago at the L.A. Auto Show with the VIZIV-7 SUV Concept, then followed up with an Ascent Concept at the 2017 New York Auto Show. Given the current popularity of SUVs and the outdoorsy image of the Subaru brand, the production Ascent can’t arrive soon enough. Based on its specs and features, Subaru’s new plus-sized midsize SUV appears well positioned to compete with established 3-row rivals such as the Honda Pilot and Toyota Highlander, as well as the recently launched Volkswagen Atlas and redesigned Chevrolet Traverse. We’ll know more when we get our first test-drive of the Ascent in early summer 2018.