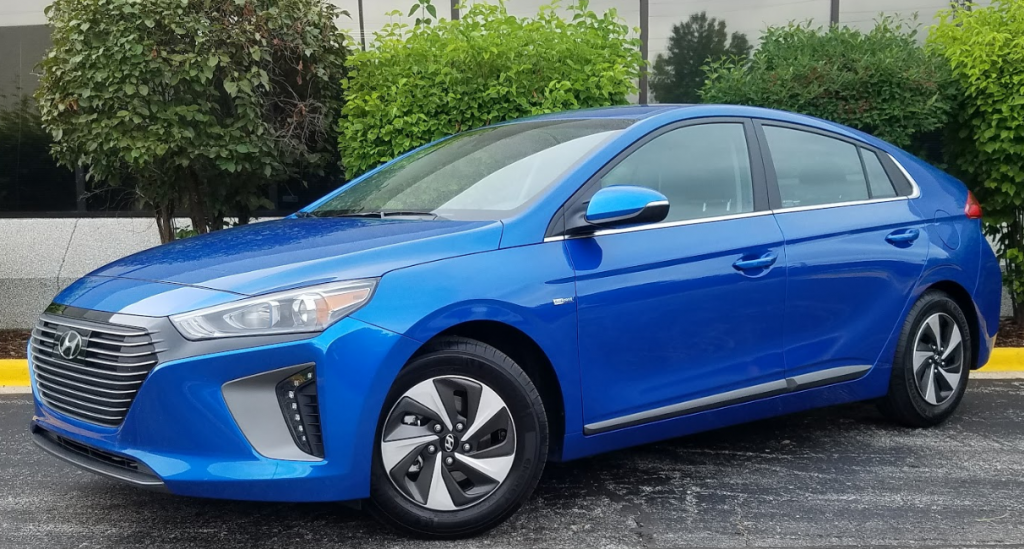 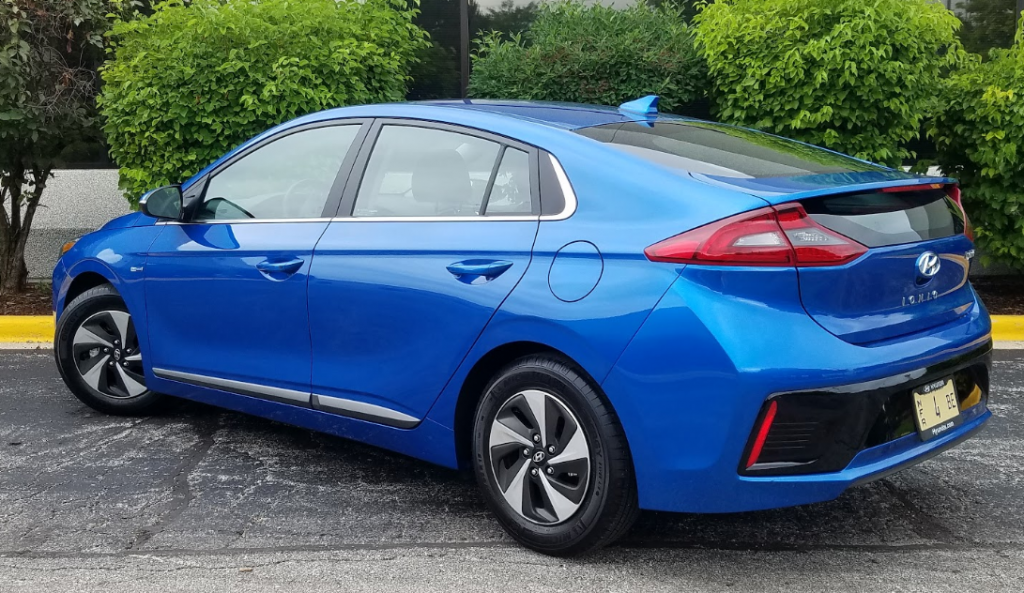 While the base model Hyundai Ioniq Hybrid lists for just over $23,000 including destination, the SEL includes a lot of nice add-ons for $24,885. Our tester also had the $1000 Tech Package, which we highly recommend.

We really can’t explain it.

Three of our editors drove and filled the Ioniq Hybrid — putting on more than 500 miles in total — and none got less than 60 mpg (!). While that’s not especially unbelievable for a hybrid, it raised our collective eyebrows because the 2017 Ioniq Hybrid Limited we tested last year averaged “only” 48.9 mpg — and in about the same ratio of city/highway driving (though the difference in the EPA city and highway rating is only one mpg). Granted, that was a loaded top-line model (this one being a mid-line SEL), yet it’s still surprising.

But no doubt about it, the Ioniq Hybrid is quite a fuel-efficient economy car. It’s also quite reasonably priced. Even fitted with the optional Technology Package — a bargain at $1000 — which includes forward collision warning with automatic emergency braking, lane-keep assist, and adaptive cruise control, our SEL listed for just over $26,000. 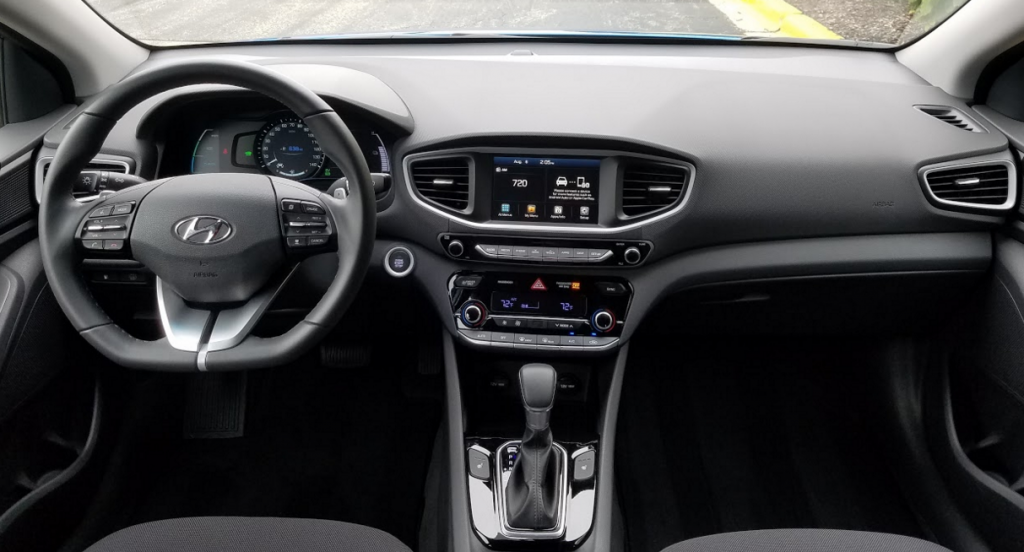 A convenient control layout is an interior highlight, with storage space only being so-so. At least on the tested SEL, both the dashtop and door tops are padded, and the power driver seat includes lumbar adjustment.

By contrast, last year’s Limited bottom-lined at more than $31,000. Yet the SEL still includes some really high-end features, such as blind-spot and rear-cross-traffic alert, power driver seat with tilt cushion and lumbar adjustment, heated front seats, heated mirrors with turn-signal indicators, a 7-inch touchscreen, and paddle shifters for the 6-speed automatic transmission, which provides responsive kickdowns when the throttle is stabbed at speed.

This year’s SEL also proved just a bit quicker, averaging a hair under 9 seconds in the 0-60 dash vs. 9.78 for the undoubtedly heavier Limited. There is just a bit of hesitation in a full-throttle launch before the car starts to move, but from then on, acceleration is fairly strong and linear, though power trails off a bit after about 45 mph. 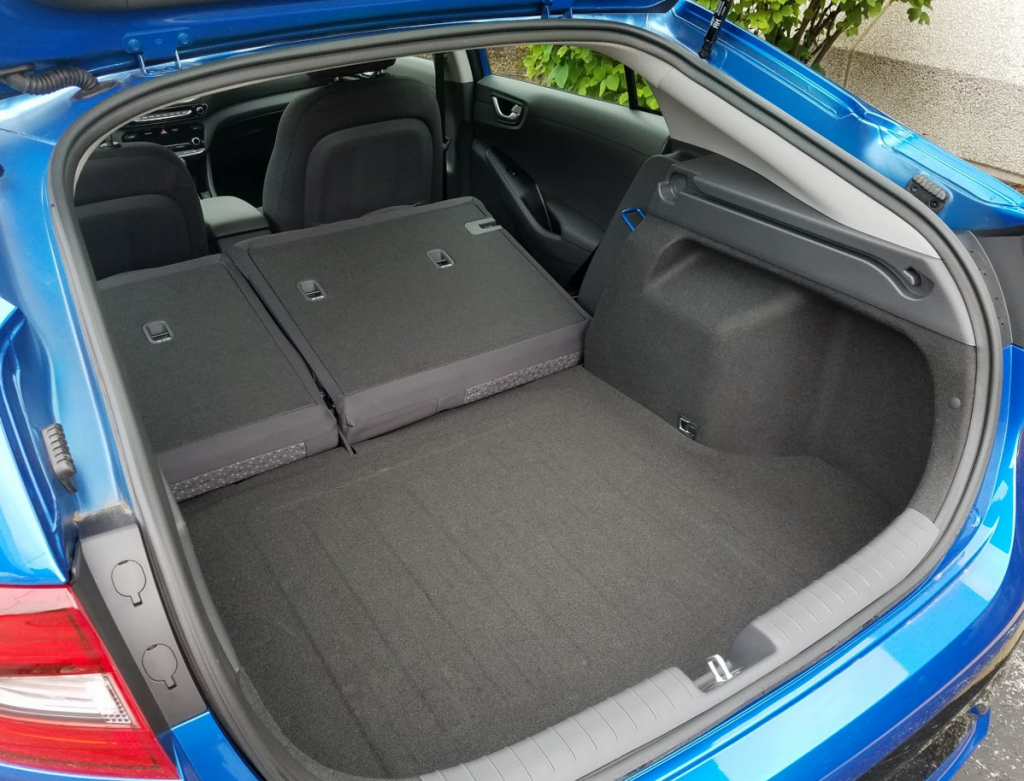 The only demerit in the quite-spacious cargo compartment are rear seat backs that rest about four inches above the cargo floor when folded.

In normal driving, you really don’t notice much hesitation, and with the 6-speed automatic’s “normal” upshifts, the Ioniq Hybrid doesn’t suffer from the rubber-band effect suffered by some hybrids with a CVT-type automatic transmission.

But the Ioniq Hybrid does suffer just a bit in the ride department. While decent enough overall, we noticed some brittleness over our bumpy Chicago streets that isn’t evident in some rivals, but this is unlikely to be an issue with many drivers.

Other than that, this Ioniq Hybrid proved very similar to last year’s Limited, so we invite you to read that report for more details. Suffice it to say that strengths include an easy-to-use control layout, fine visibility except to the rear corners, and good cargo space, while there are limitations in rear-seat legroom (which would likely only be noticed if there are tall folks in front), and it’s disappointing that when folded, the rear seat backs rest about four inches above the level of the cargo floor, making it cumbersome to slide long items forward.

As hybrids go — and even as traditional compact cars go — this year’s tested Ioniq Hybrid strikes us as a nicely equipped value for the price, with the added bonus that it gets truly exceptional fuel economy — even better than we expected … or can explain.

Although the Toyota Prius stands as the quintessential hybrid, the “new kid in town” Hyundai Ioniq makes for a very strong rival that costs quite a bit less, while still providing great fuel economy.