In the annals of automotive retailing, there are few–if any–model names that have been applied to more body types or market segments than Mercury’s Cougar badge. Over the moniker’s multi-decade run, it was used on coupes, sedans, station wagons, convertibles, pony cars, muscle cars, luxury cars, and, at the end of its run, a front-wheel-drive sporty hatchback.

Oldsmobile’s Cutlass comes pretty close, as Olds began applying that name to virtually every product in its lineup by mid Eighties. And Collectible Automobile Editor-in-Chief John Biel points out that Chrysler did a pretty fair job of giving the LeBaron tag a workout–which it certainly did.

But, considering the diversity of the vehicles it was applied to, I say that the Cougar name saw the broadest usage. To celebrate the Cougar, in all its forms and incarnations, we have amassed a gallery of 10 print ads and one TV commercial.

If you’ve ever spent time with a Cougar–of any type–please tell us about it. The place to leave comments is down below the last ad. 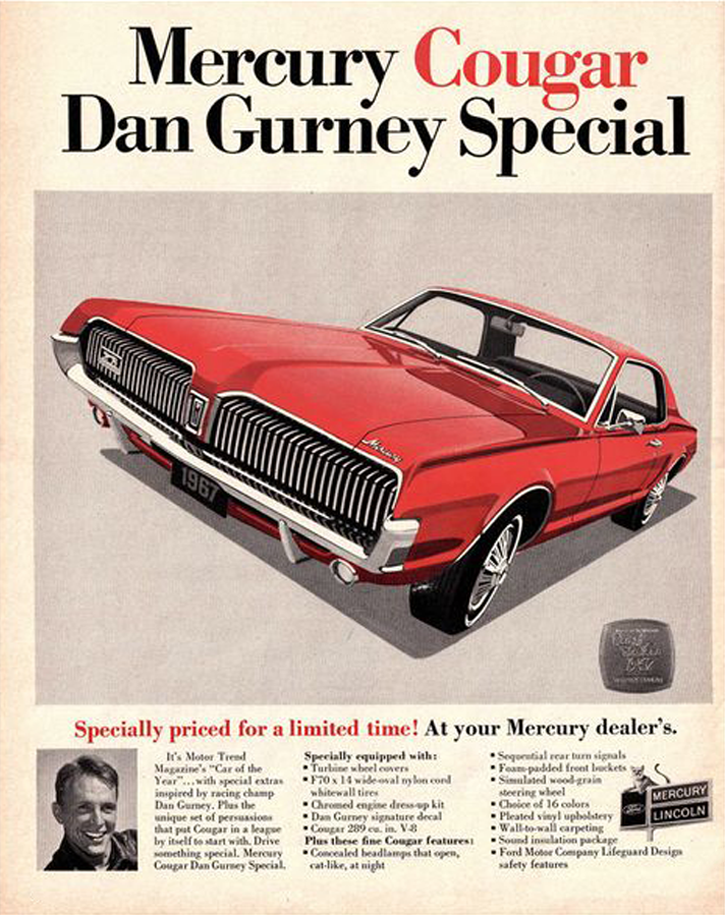 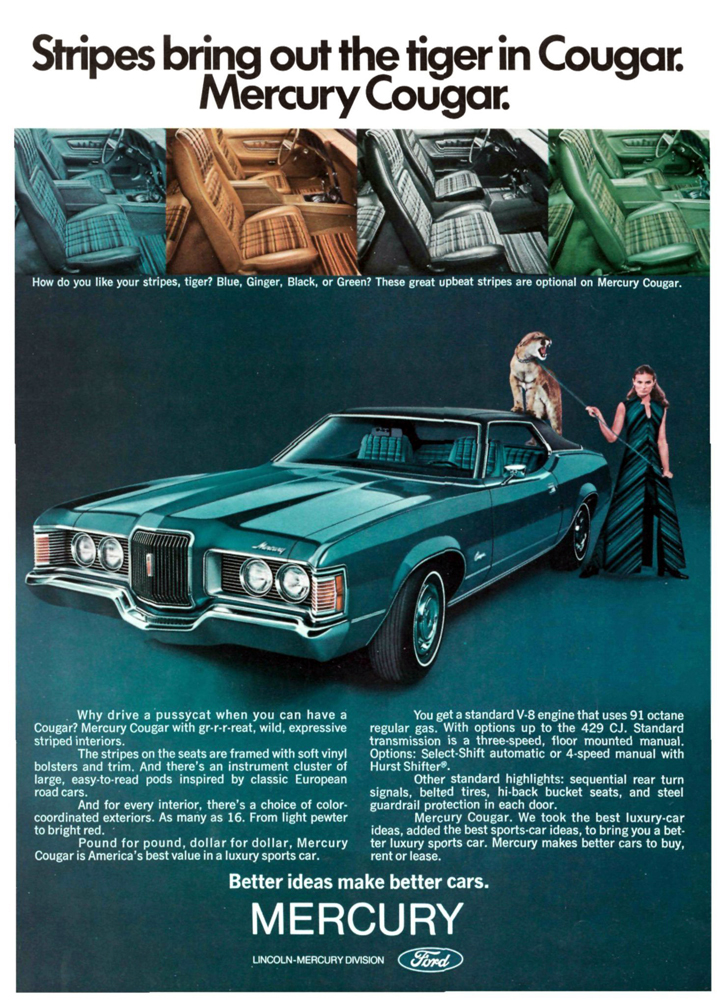 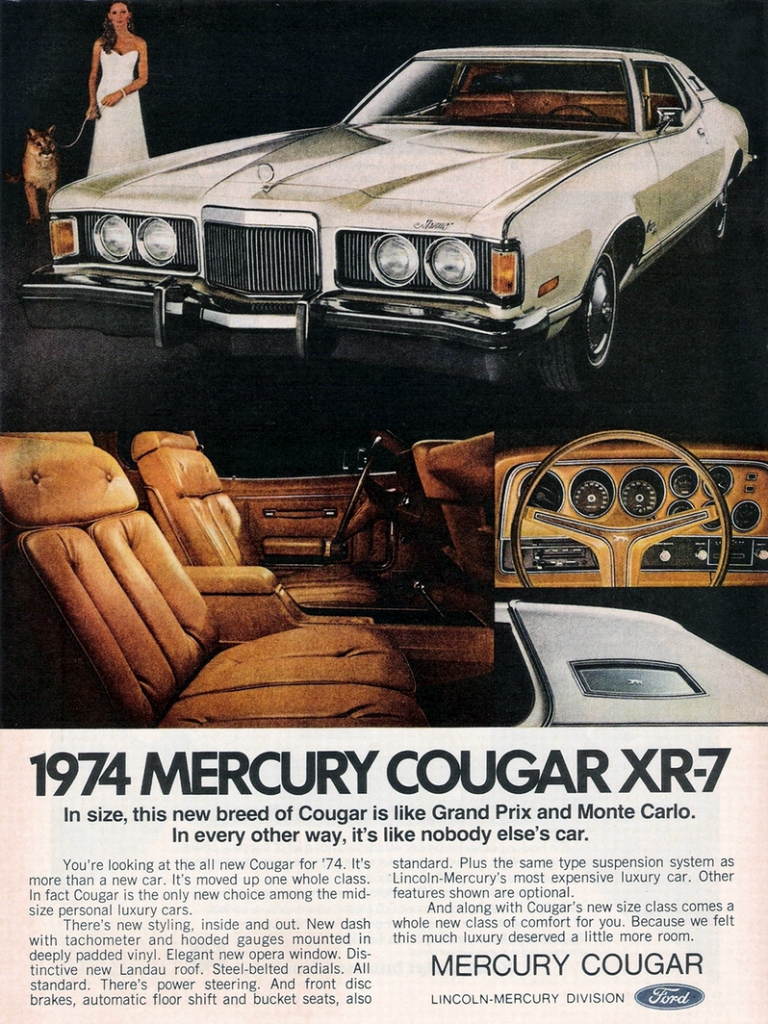 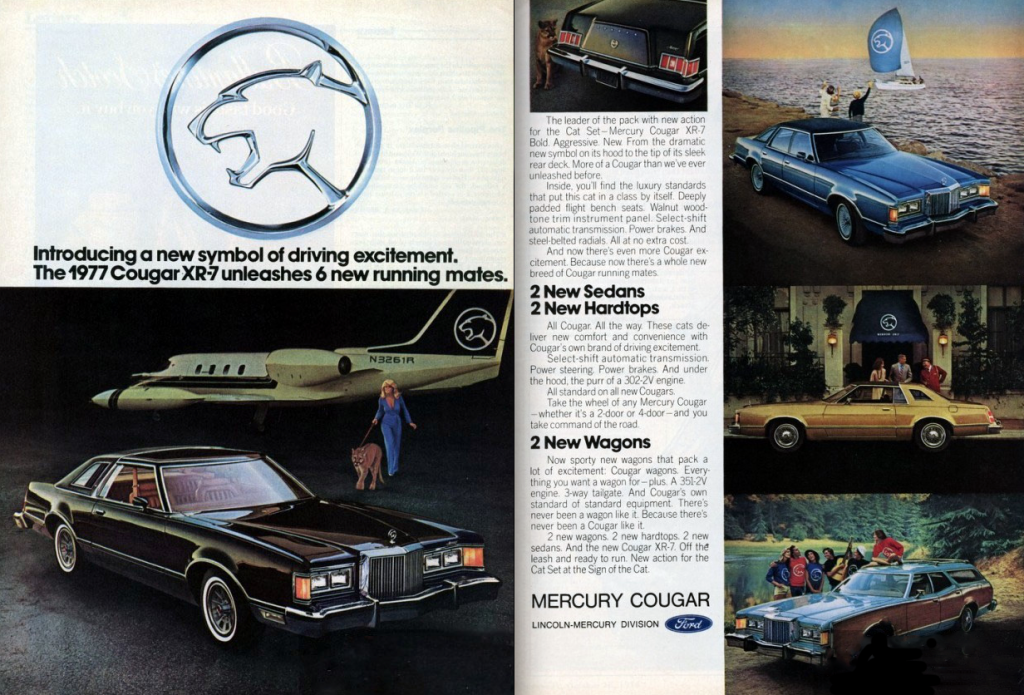 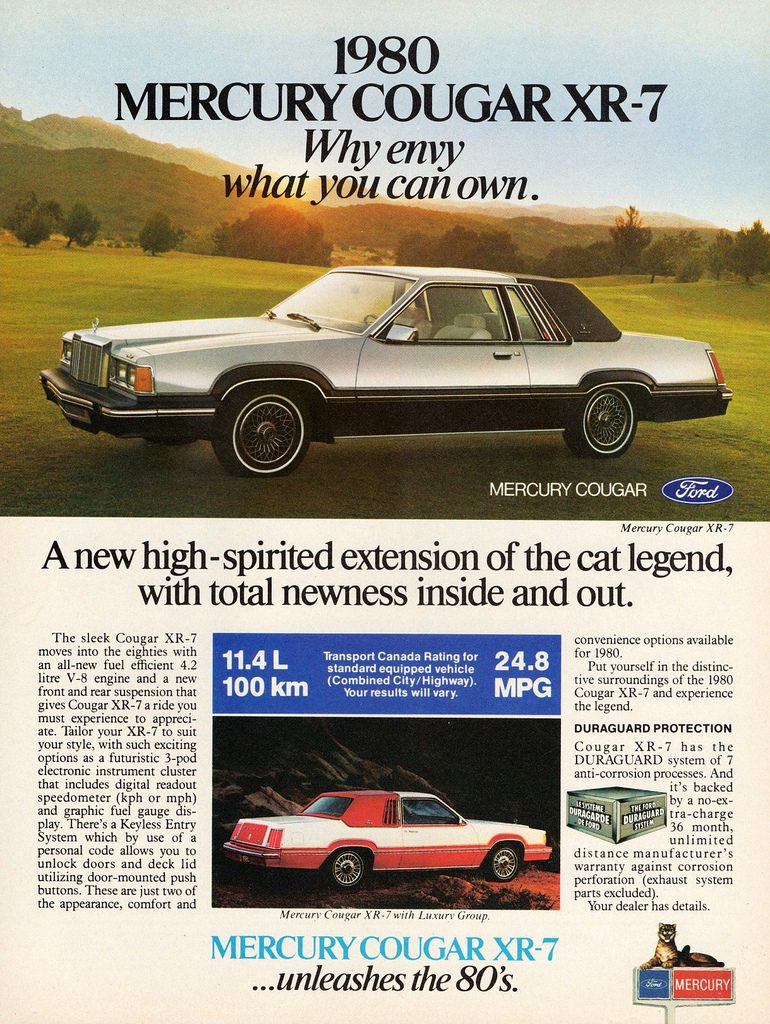 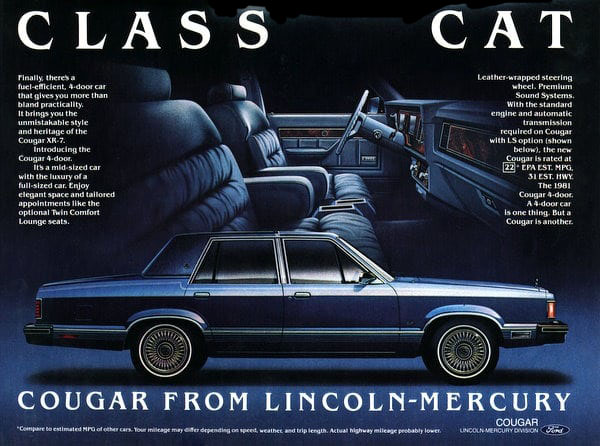 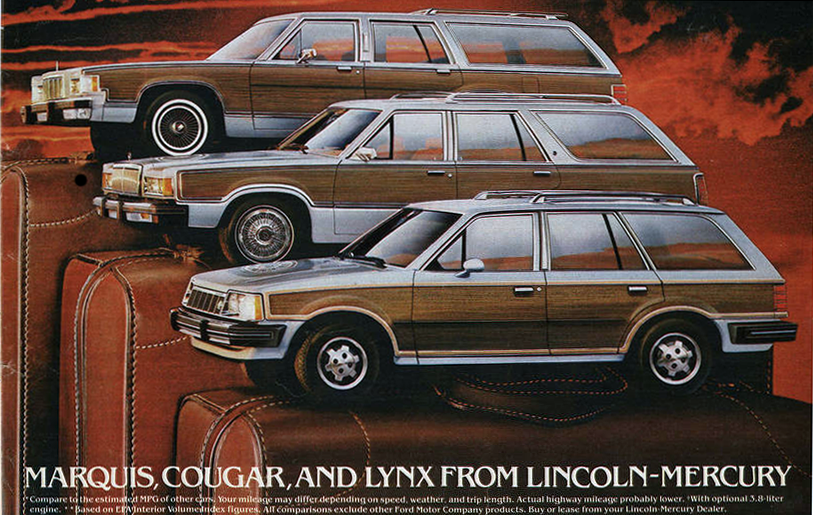 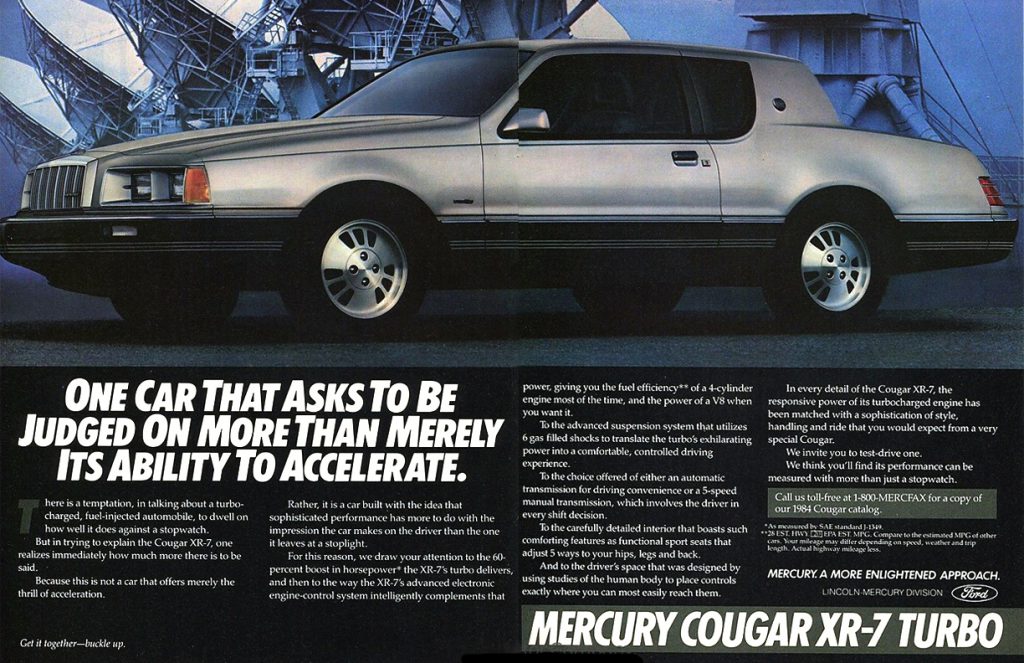 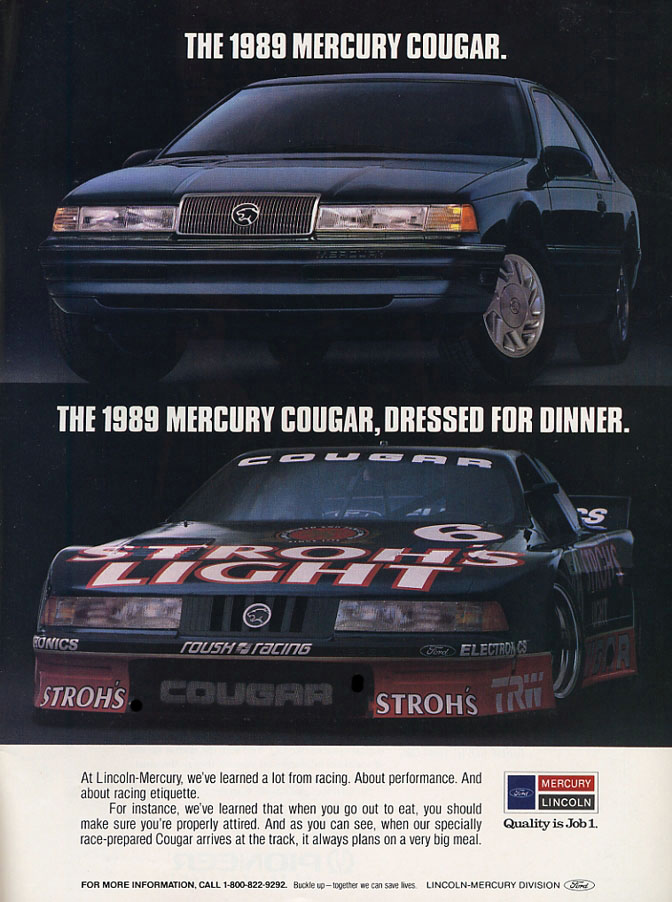