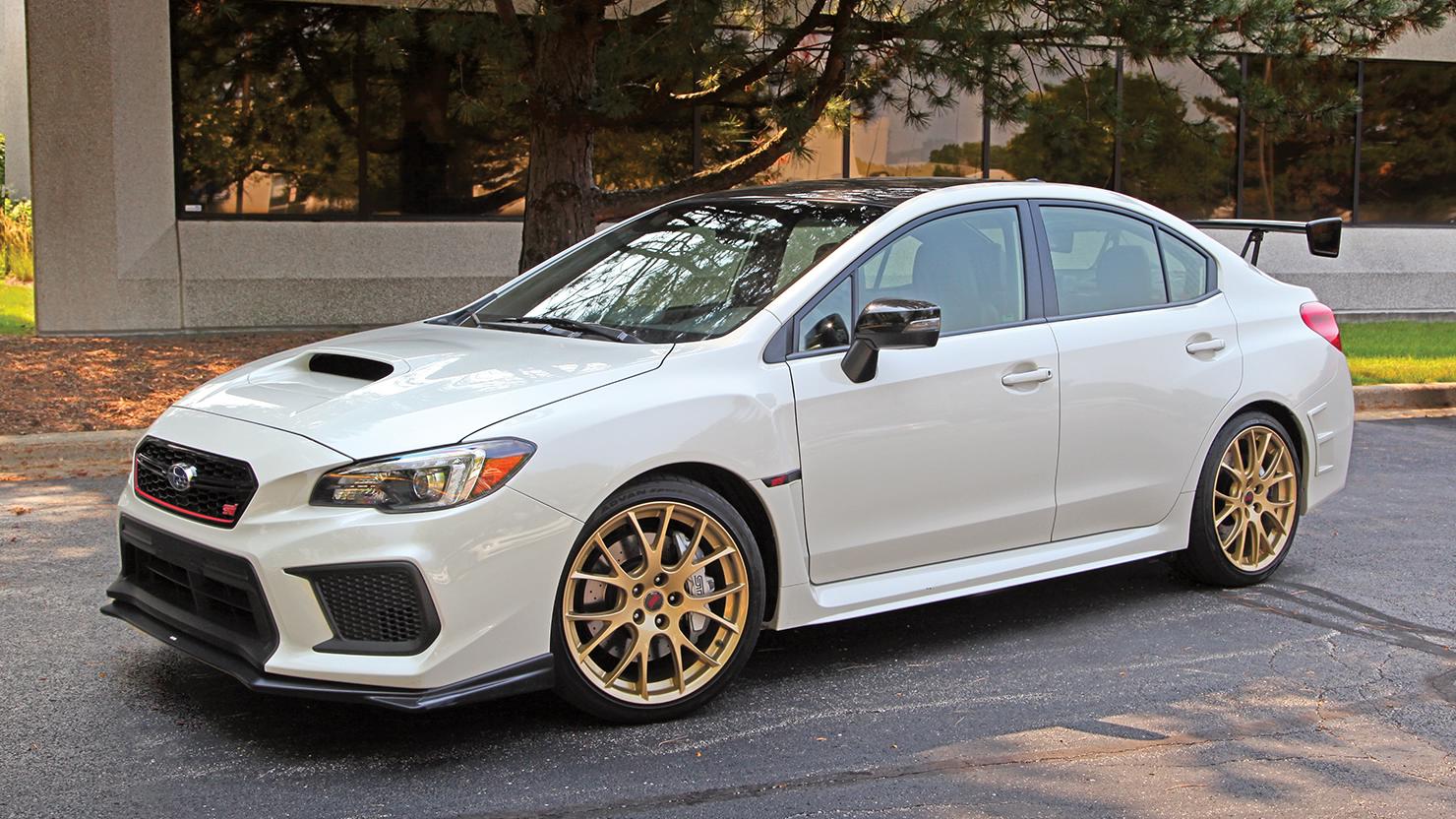 Note: The following story was excerpted from the April 2019 issue of Collectible Automobile magazine.

When a limited-production variant of a performance car that’s been around a few years is announced, it’s easy to assume there’s little new beyond special graphics or maybe a fresh exterior color. Our latest Future Collectibles subject, the 2018 Subaru WRX STI Type RA, is one of the exceptions that have been reworked sufficiently to pique enthusiast interest.

In July 2017, the specially prepared WRX STI Type RA NBR Special clocked a 6-minute, 57.5-second lap of the 12.8-mile Nürburgring Nordschleife, setting a four-door-sedan record at the legendary German circuit. “RA” was short for “Record Attempt,” a designation Subaru first used in 1989. Shortly after the record run, Subaru of America announced a limited-edition WRX STI Type RA would go on sale in early 2018.

The Type RA’s engine received tweaked engine-control software, a cold-air intake, and a higher-flowing exhaust system. Output was up by five horsepower, to 310. The mandatory six-speed manual transmission received a new third-gear ratio and a short-throw shifter. Subaru claimed these changes helped Type RA accelerate faster than the standard STI but did not get into specifics.

Exclusive exterior features included a front splitter and a specific rear bumper. There was also a carbon-fiber roof panel and a large carbon-fiber wing that would look at home on the Nürburgring . . . funny how that worked out. Cherry Blossom Red striping accented the grille and rear bumper. The side mirrors, shark-fin roof antenna, and front-fender badges were finished in black, and a Type RA badge was added to the trunklid. Buyers could choose Subaru’s signature WR Blue Pearl, Crystal Black Silica, or Crystal White Pearl paint. According to Car and Driver, 49 percent of the cars were blue, 19 percent black, and the balance white.

Inside, Type RA models were black, but Recaro front buckets with red bolster panels livened things up a bit, as did red stitch detailing and accents elsewhere. The steering wheel and seat cushions were covered with synthetic suede.

Production was limited to 500 examples, each with a numbered plaque affixed to the console. All these changes didn’t come cheap, leaving Type RA’s base price a substantial $48,995.

Surprising number of engineering changes for a 500-car run.

The go-fast bits like the carbon-fiber roof panel and wing, along with the gold BBS wheels and red accents, look suitably racy.

The rally-car-like performance of the WRX STI remains intact.

Despite all the tinkering, it has only five more horsepower and weighs 44 pounds less than a stock STI Limited.

Stiff ride on the street.

With only 500 examples produced, there weren’t enough of the Type RA models for every Subaru dealer in the United States to get one. This special-edition car’s tweaks were numerous, but performance gains were nebulous and they came with an attention-getting sticker price.