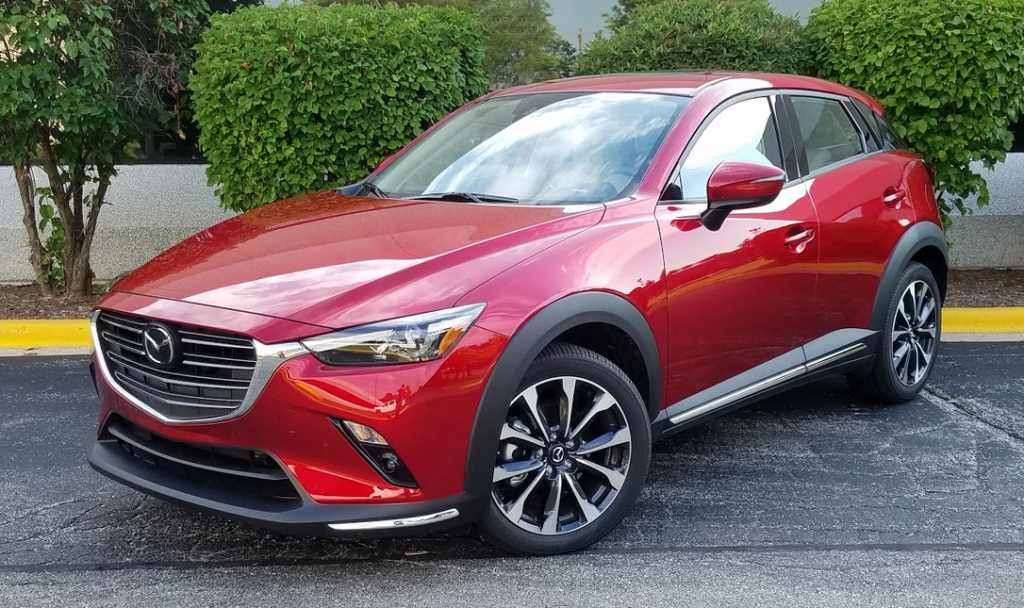 The great: Peppy engine and agile handling make CX-3 the sportiest vehicle in its class

The not so good: Styling takes priority over rear-passenger space and cargo room; vision to rear corners is subpar

Mazda keeps tweaking the recipe for its CX-3 subcompact crossover SUV. The dashes of this and pinches of that for 2019 include a tiny bump in horsepower, subtle exterior alterations, and some reconfiguring of the interior. Left unchanged are the little ute’s agile handling, premium interior touches in top-trim models—and, unfortunately, constrained cargo and rear-seat space. 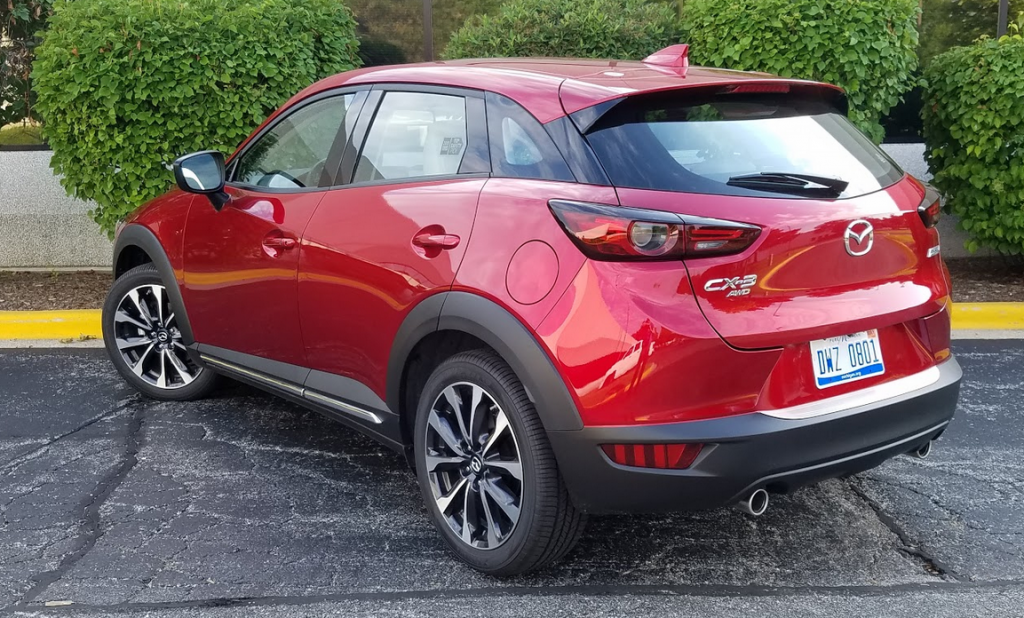 In its most expensive form—an all-wheel-drive Grand Touring like the one that Consumer Guide tested—the CX-3 still manages to appear reasonably priced. The starting tab with delivery is $28,140, which is a $785 increase from the 2018 price. 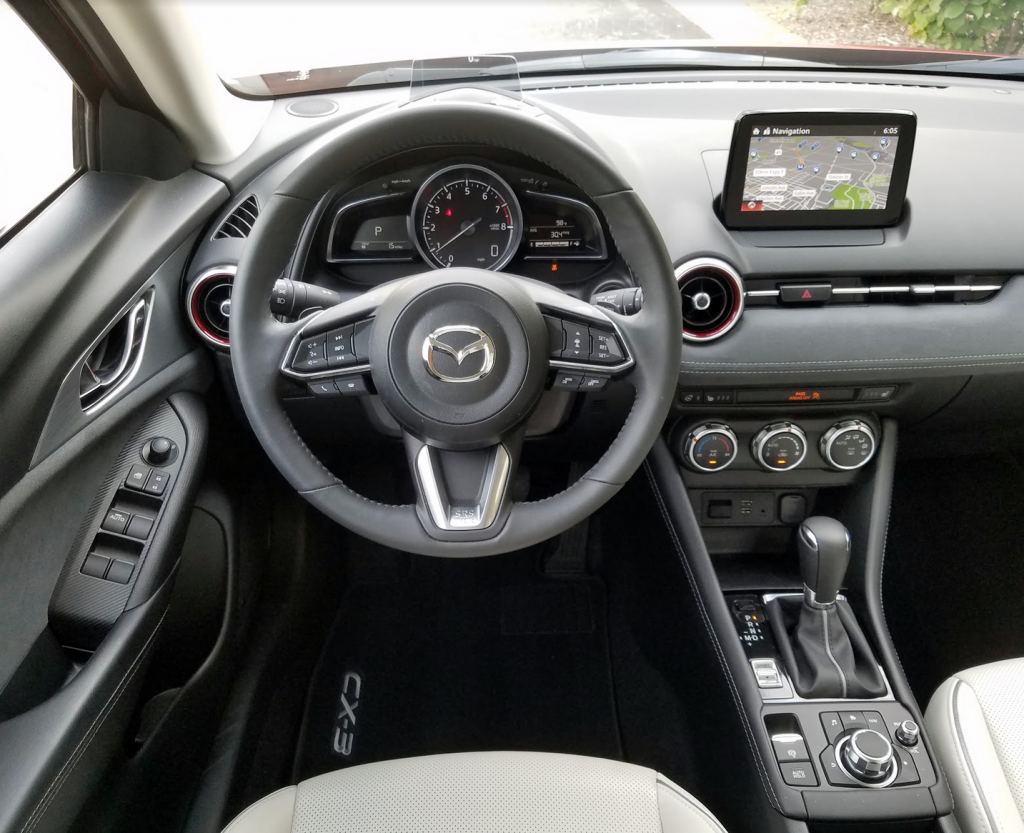 The CX-3’s interior has a more premium look and feel than most class competitors–particularly in Grand Touring trim.

The CX-3 engine remains a naturally aspirated 2.0-liter 4-cylinder, but it’s now rated at 148 horsepower at 6000 rpm, a gain of just two ponies—though Mazda claims to have made other changes that improve torque delivery, if not output. (Peak torque remains 146 lb-ft of torque at 2800 rpm.) This powerplant is still joined to a 6-speed automatic with manual-shift capability and selectable “Sport” mode. CG testers give this powerteam its props for somewhat perky off-the-line go, but it had to work hard to cruise the highway, and it did so with some noisy protest. Sport delays upshifts to extract a little more power for passing and merging (or a little livelier green-light punch in town) but running in it for long stretches poses a threat to fuel economy. The EPA projects an AWD Grand Touring at 27 mpg in the city and 32 mpg on the highway, and with 64 percent of our combined driving in city conditions, the test vehicle returned 26.45 mpg.

A 2.0-liter 4-cylinder engine paired with a 6-speed automatic transmission is standard in all CX-3s. For 2019, the horsepower rating is bumped up by two, for a total of 148. Standard wheel cladding gives the CX-3 a more rugged look.

Inside, an electronic parking brake replaces a traditional mechanical lever-activated brake. That change allows for a slight redo of the center console—but there’s still soft padding along the upper edges of the console, a nice touch that not even every luxury-grade car or SUV displays. Front seats have been reshaped to a degree to heighten comfort.

In other ways good and maybe not so good the 2019 Mazda CX-3 should be familiar to anyone who owns or who at least has shopped one from recent years:

The 2019 CX-3 will ably serve singletons, empty-nesters, or families with a young child or two who like a little bit of style for a livable price.

The Mazda CX-3 is probably the most dynamically satisfying subcompact SUV, but its passenger- and cargo-hauling capability comes up short compared to its class rivals.