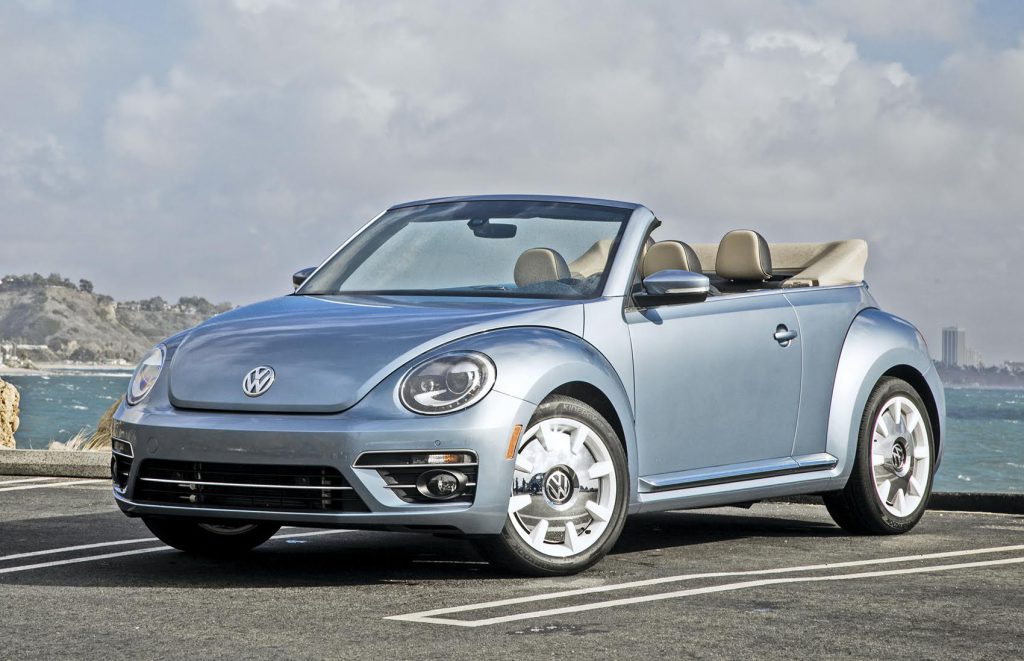 Note: The following story was excerpted from the February 2020 issue of Collectible Automobile magazine.

The most recent Volkswagen Beetle went on sale in September 2011 as a 2012 model. It replaced the 1998-vintage New Beetle in VW’s lineup, and became the third iteration of the car that made VW famous. As this latest Beetle ended production—for the foreseeable future at least—Volkswagen sent it off with specially trimmed 2019 Final Edition cars.

Final Edition models came in hatchback coupe and convertible forms, each in SE or top-line SEL trim. Exterior features included a “Beetle” badge on the rear of the car, heated windshield-washer nozzles, and a sunroof on the coupe. SELs added bi-xenon headlamps, plus LED daytime-running lamps, fog lights, license-plate lights, and taillights. SE models rolled on 17-inch 15-spoke alloy wheels. SELs had 18-inch alloys with a central disc design with the rim and eight short spokes finished in white. VW copywriters said this recalled the appearance of the steel wheels and whitewall tires used on the Última Edición Beetles.

Inside, the dash pad was finished in Safari Uni. Other touches included a Beetle nameplate on the bottom spoke of the leather-wrapped steering wheel, stainless-steel trim for the pedals, gloss-black center console, Climatronic automatic climate control, and VW’s KESSY system with keyless access and pushbutton engine start.

Like other 2019 Beetles, the Final Edition models were front drivers with a 2.0-liter four-cylinder engine rated at 174 horsepower and 184 pound-feet of torque. The turbocharged mill mated to a six-speed automatic transmission.

The last Beetle was produced in July 2019 at Volkswagen de Mexico’s plant in Puebla. It was a Stonewashed Blue Metallic coupe. The historic Beetle was placed on display at Volkswagen’s museum there.

We think it’s fair to say that today’s Volkswagen Beetle never captured car buyers’ attention like the original or even the New Beetle. It’s hard to predict the 2019 Final Edition’s desirability down the road, but right now it’s not a bad way to say auf Wiedersehen.