On the heels of Lincoln’s Aviator Grand Touring hybrid comes its smaller brother, the Corsair Grand Touring, which first sees the light of day at the 2019 Los Angeles Auto Show.

Although a plug-in hybrid like its bigger brother, the Corsair Grand Touring’s powertrain and AWD system differs in that a 2.5-liter Atkinson-cycle 4-cylinder mates with two electric motors and a CVT automatic transmission to power the front wheels, while a separate electric motor powers the rear wheels, a combination that’s estimated to provide a total of 266 horsepower. 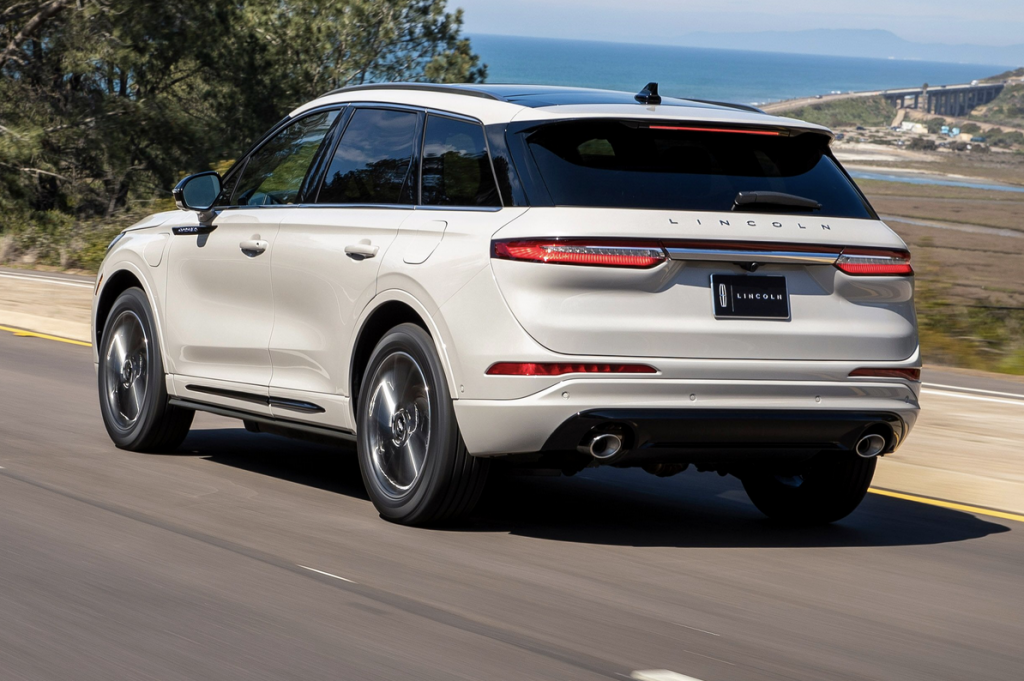 Drivers will be able to choose between seven drive modes, including Pure EV — which allows the vehicle to travel on just electric power — and Preserve EV — which prevents driving on auxilliary electric power so that battery charge can be conserved for when electric propulsion would be most efficient (typically in stop-and-go driving).

Among the available features due to be offered are Lincoln’s Phone As A Key technology, which allows the driver to lock and unlock the doors, open the liftgate, adjust seat/mirror/steering-column settings, and start and drive the vehicle using their cell phone rather than a traditional key. Another expected feature is Lincoln’s Co-Pilot 360 Plus, which includes adaptive cruise control with traffic-jam assist and Active Park Assist Plus that helps steer the vehicle into parking spaces. Also available will be a head-up display, 24-way front seats with massage function, and the usual assortment of high-tech safety features.

The Corsair Grand Touring is expected to join the existing gas-engine Corsair next summer as a 2021 model.

We’ve driven both the gas and Grand Touring plug-in hybrid versions of the midsize Aviator and found the latter to be much quicker, while the EPA found it to be much more fuel efficient. While the focus of the Corsair’s plug-in hybrid system appears to be more toward fuel economy — as the two turbocharged gas engines offered bracket the Grand Touring’s 266 horsepower with 250 and 295 horsepower — it will likely be spritely enough, and also contribute to Lincoln’s goal of providing a “whisper quiet ride.” This is yet another indication that electrification is a big part of the automotive future, and we’re frankly all for it.